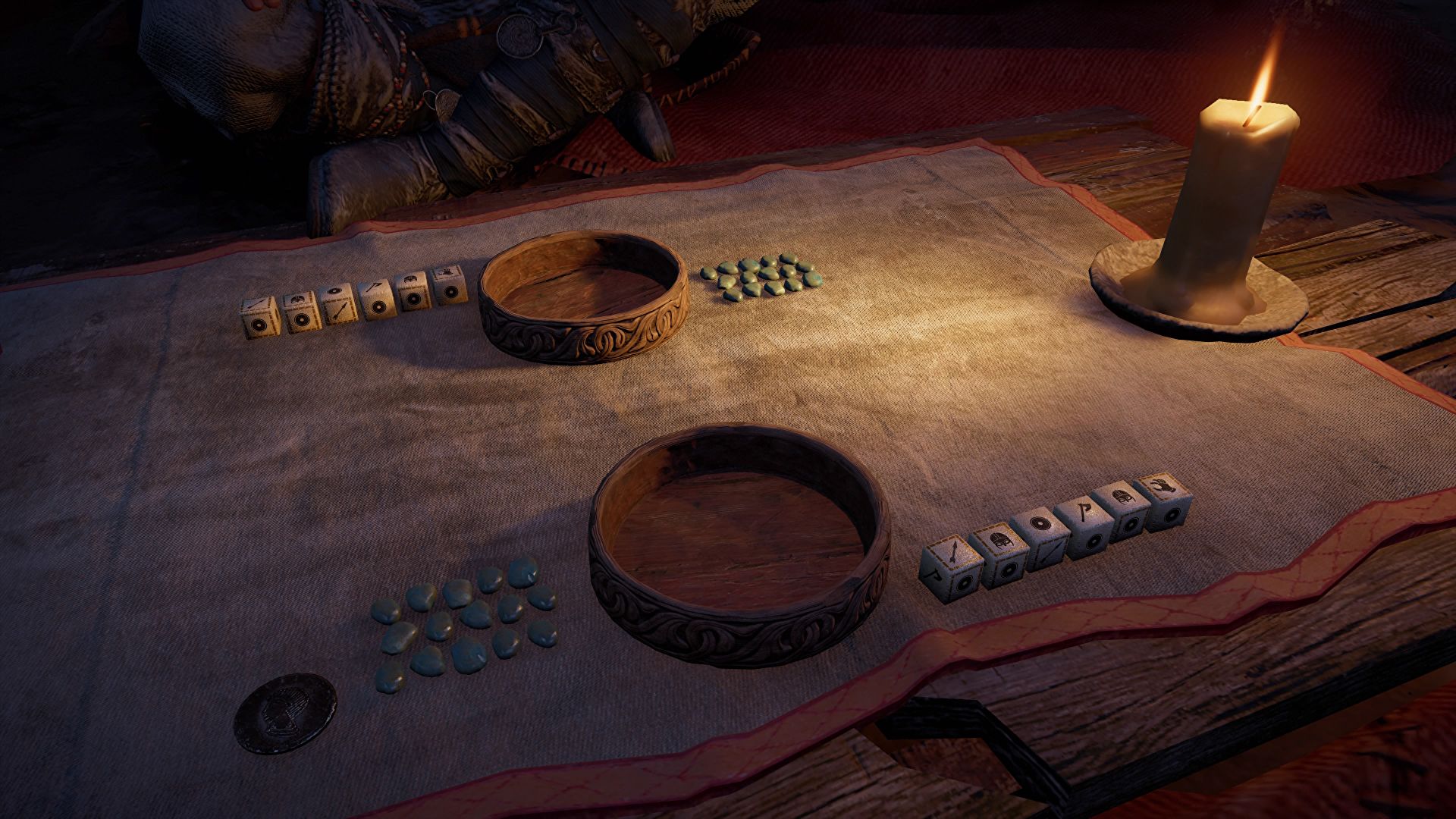 One of the many side activities in Assassin’s Creed Valhalla includes a dice minigame called Orlog. It’s a popular minigame, as statistics from Ubisoft recently revealed that over 3.5 million games of Orlog have been won by players of the game to date.

I enjoyed Orlog a lot and even found myself playing them as soon as I meet any new Orlog challenger in the game’s open world.

If you like Orlog too, you’ll be glad to learn that Ubisoft is working with pop culture collectibles producer PureArts to publish a physical real-life version of Orlog in 2021.

However, Orlog isn’t actually based on a real historical game. Historians only know that Vikings played physical games with dice, but not their exact structure or rules. In an interview with Dicebreaker, Ubisoft co-development game director Benoit Richer said:

â€œThe goal was to have a game that would be â€˜credibleâ€™ rather than historically accurate as we didnâ€™t find any clear rules throughout our research.â€

In the meantime, check out our full review of Assassinâ€™s Creed Valhalla here, or head on over here for our guide on how to be the best Viking in the game.

[Rumour] We're Getting A Judgment Sequel From Sega