This Borderlands 3 DLC5 guide will be updated periodically.

Borderlands 3 is now on its second season, and with it comes new content. Dubbed the Designer’s Cut, the 5th DLC features a new skill tree for each Vault Hunter (instead of a new Vault Hunter), and a few new legendaries. The catch? You can only get most of these hot new weapons from the Designer’s Cut’s new stage: Arms Race.

Arms Race is a PvE mode where you and your pals go into a Dahl prison complex empty-handed and fight your way to get the best loot (to extract) and just enough weapons & armour to power through the stage boss. It’s also the only spot where you can get the best DLC5 loot. Before we get to that, here are the changes and hotfixes you’ll be getting starting 9th November.

Once you purchase the Season Pass 2 for Borderlands 3 for US$39.99, you’ll gain access to Designer’s Cut content which is Arms Race mode and the fourth purple skill tree for each Vault Hunter.

Mayhem 11 is a copy of Mayhem 10 without any active modifiers. The quality and amount of rewards from world drops are cut in half, but you won’t get annoying modifiers like Buddy System and The Floor is Lava.

Zane gets a bit of a rework again. Now his Duct Tape Mod grants him immunity to damage from his weapons and grenades, while Death Follows Close and Seein’ Red have their positions switched on the Hitman Tree. However, his Seein’ Dead class mod is heavily nerfed, having his kill skill damage reduced.

Full breakdown at the bottom after the loot and purple skill tree vids. Now, here’s a list on what to get and how to get it.

Here’s a quick Arms Race map for reference (via Moxsy). 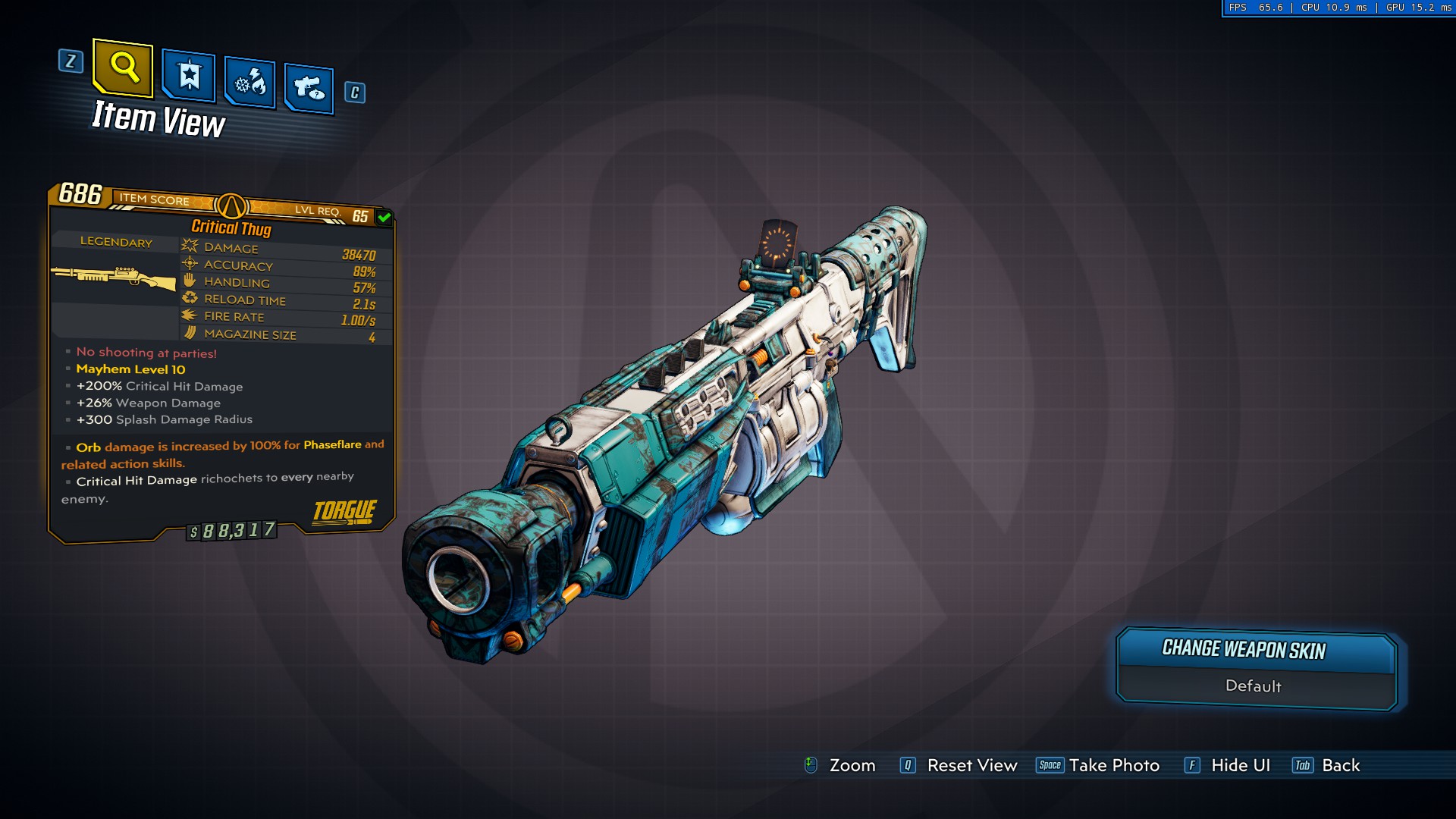 Tizzy – COV Pistol. Ramps up in speed once you hold the trigger, like a Shreddifier. Ammo consumption is really high though.

Binary Operator – Maliwan Sniper. Deals 2 base damage. We’re not sure why this weapon exists. 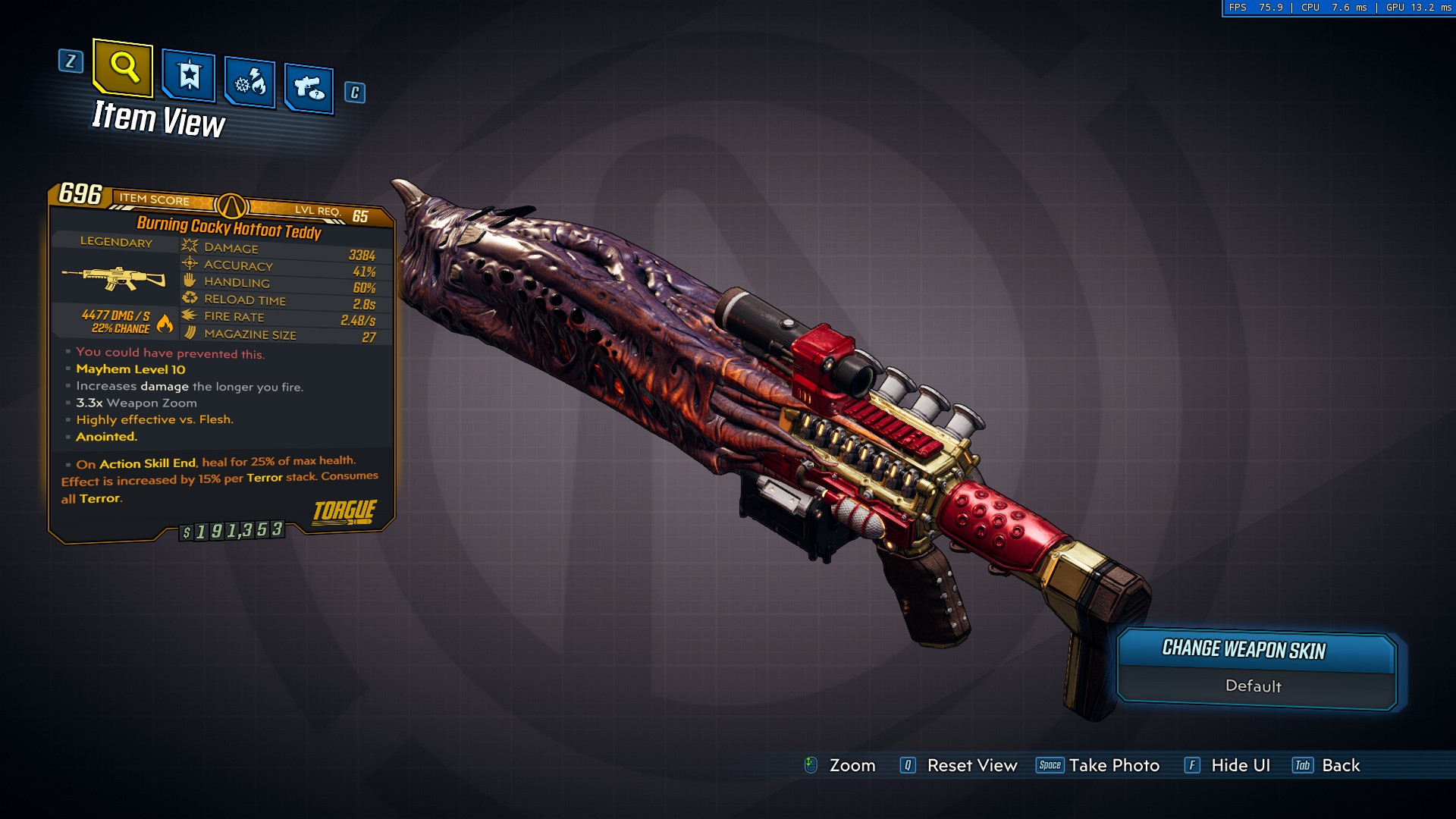 Boogeyman – Vladof Sniper Rifle. When you kill an enemy, there’s a chance to spawn a Boogeyman (homing skull that hits for grenade damage). High chance to not consume ammo. Splash damage. 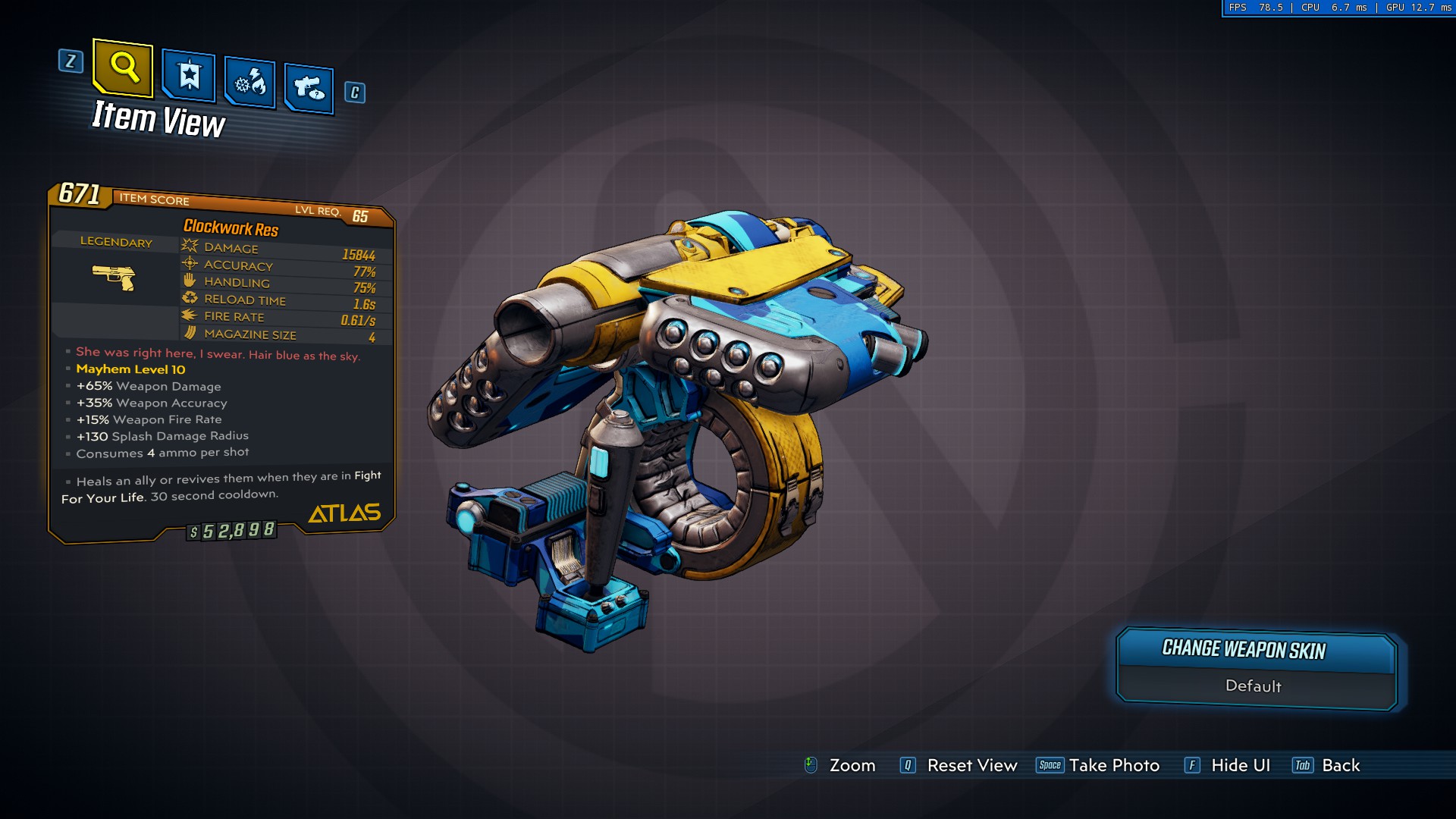 Clockwork Res – Atlas Pistol. If firing on allies, heals an ally or revives them when they are in FFYL mode. 30-second cooldown. 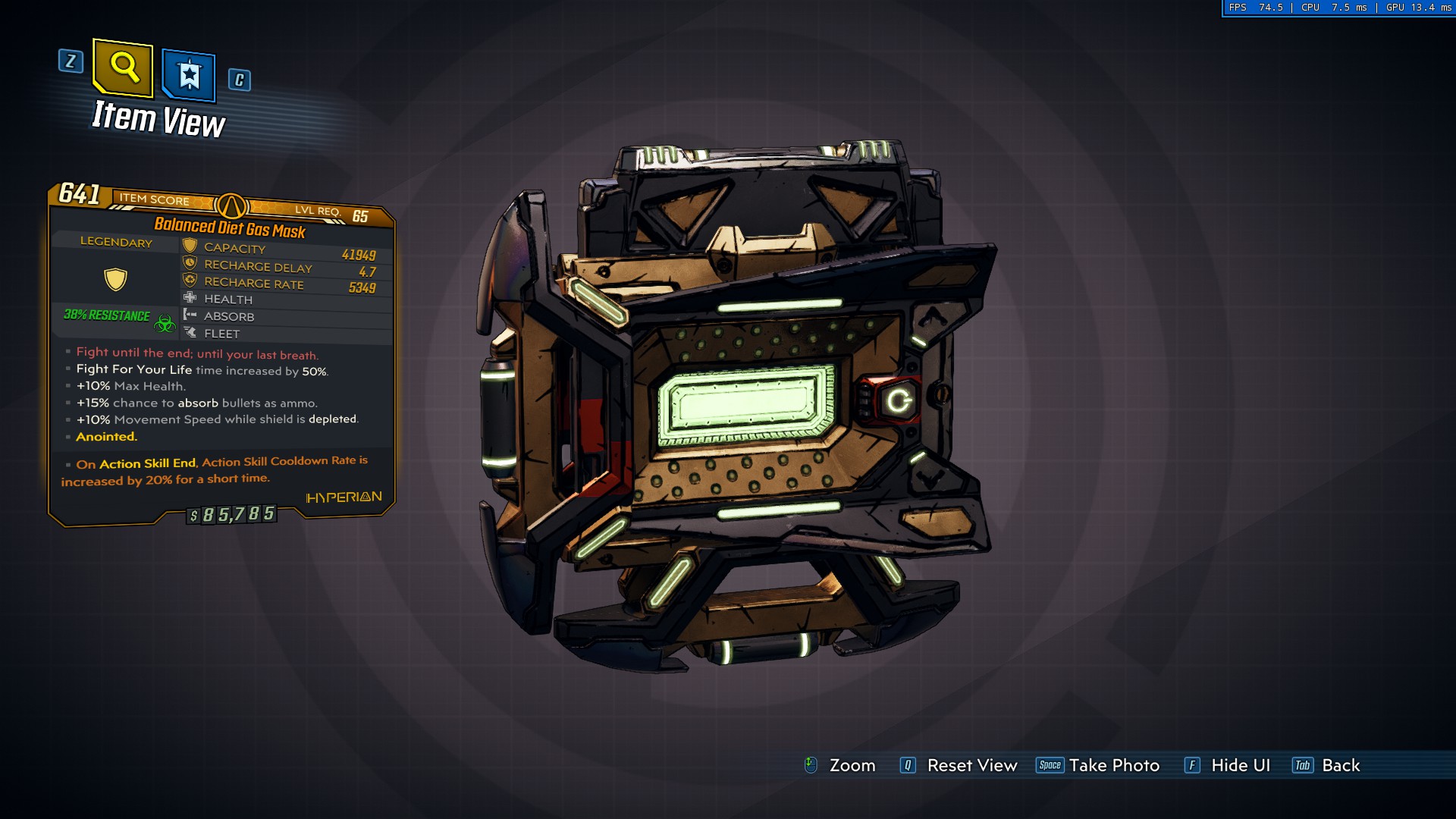 Dark Army + – Tediore SMG. Summons an army of drones. On reload, drones have increased damage and gain the Elemental Damage Type of your weapon for a short time. Trickshot – Jakobs Pistol. Automatic weapon that rapidly expels the remainder of the cylinder upon a successful hit.

3RROR Cmdl3t – Fl4k Class Mod. Whenever Fl4k damages an enemy, their pet has a 20% chance to automatically attack that enemy and use its attack command. This skill has a 6-second cooldown. Purple skill-tree focused. Class mod buffs: Keep Them Safe, Capacitance, Better Toys.

Check out the video below to see our thoughts & suggested Vault Hunter builds for the purple skill tree. More to come!

We were going to tweak around with Zane’s MNTS Shoulder Cannon build, but it’s more or less similar to this video from BL3 content creator Moxsy. And he already has better gear than we do, so we’ll just put that vid here instead.

Death Follows Close is an incredibly strong passive skill, much stronger than the effects of the capstone Seeinâ€™ Red. This feels backward, so we have swapped the position of these two skills to better represent their value relative to each other. Please remember the changes require you to save/quit your character once to function properly.

Like the Hitman Tree, the mid-tier passive and capstone skills of this tree had an inverted value relative to their position. This change also allows players to get more value out of their shields and Barrier via Distributed Denial being much lower in the tree. Please remember the changes require you to save/quit your character once to function properly.

Given the percent chance of Duct Tape Mod proccing, it could spell disaster for Zane in close quarters combat. Now players donâ€™t have to worry about accidentally downing themselves when a grenade is launched.

This Class Mod has been over-performing, so we have removed some of the power from the mod. To counter this change, the Seeinâ€™ Red passive skill within Zaneâ€™s Hitman Skill Tree has been given a buff, effectively giving all players access to additional damage without the requirement of using this Class Mod.

Doctor Strange 2 is out in cinemas right now, and it's a heckuva wild ride. Fair warning: you will need to do a bit of Marvel MCU homework to catch up...

Feature
A Quick List Of Our Favorite & Important Marvel Vampires

With Sony's anti-hero vampire flick Morbius coming out this week on 31st March and a reboot of half-vampire ass-kicker Blade coming out, it's high tim...

The Sonic The Hedgehog 2 movie is out in the Americas, USAs, and Europe. However, it's not out yet elsewhere, especially in Malaysia and Southeast Asi...