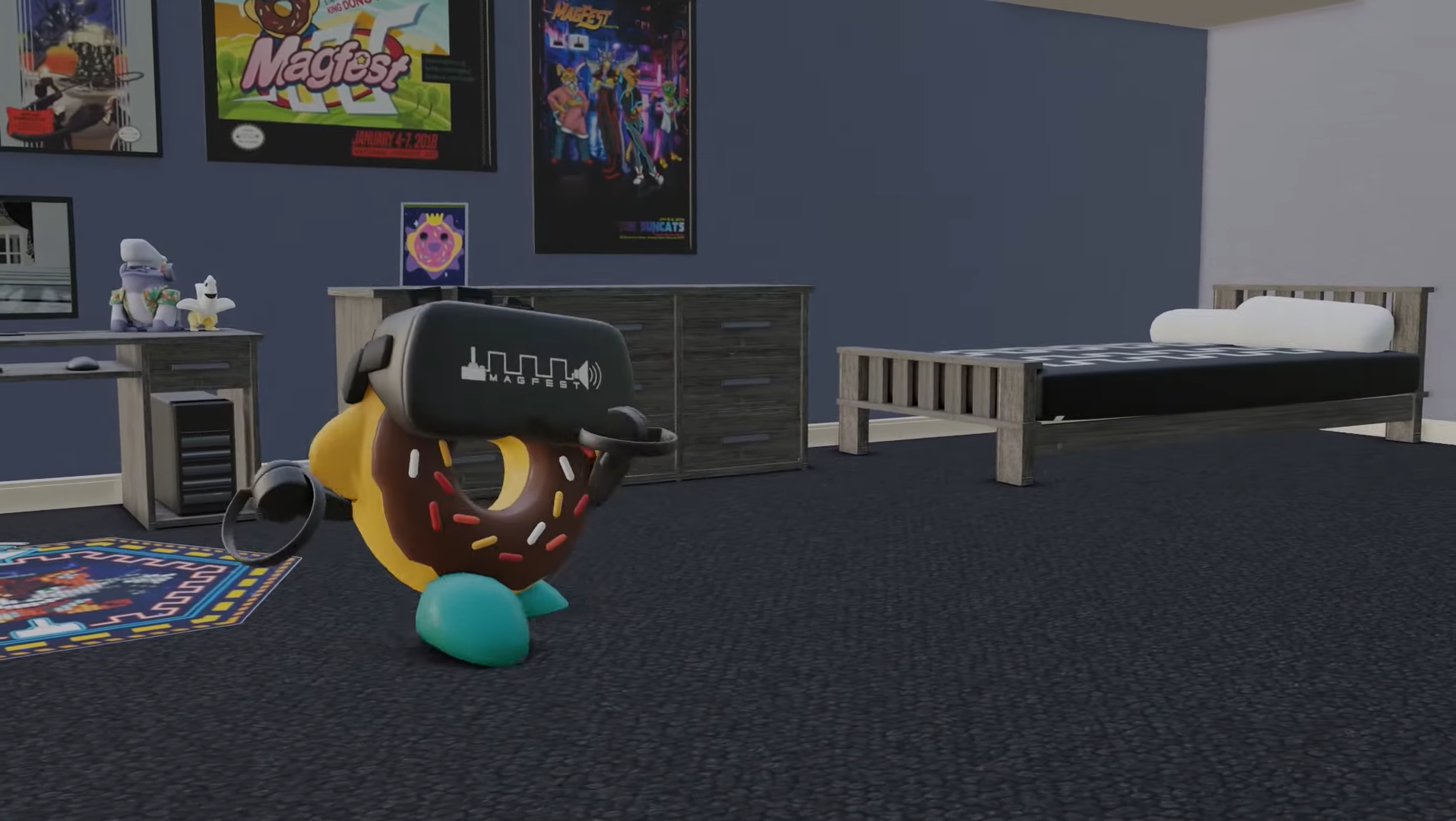 While lesser (and probably defunct) game expos struggle to maintain whatever relevance they had, leave it to MAGFest to dig up a gimmick that may gel with its target audience.

Next year’s MAGFest will be going digital. Labelled Virtual MAGFest, the de facto “Music and Gaming Festival” will be a four-day-long event dedicated to the appreciation of music and gaming without the corporate nonsense and fake enthusiasm. Except now you don’t actually have to spend a lot on a flight ticket to and fro to Washington, D.C. And the gimmick? A digital interactive space created just for free-to-play online game VRChat.Â

The event will have all the same awesome stuff just like last year, but in a VRChat virtual space that’s basically a digital recreation of the MAGFest hallways and Gaylord Convention Centre bits. You know, the hotel made recently popular in the Borat sequel. The group is focused on “ridiculous interactive content that [they] normally wouldn’t be able to do at a physical event” which may include bean pits and random game jams.

Whether it’s anyone’s cup of tea or not, you have to give it up for a game expo organization that’s keeping true to its spirit and pulling something like this off during these troubled times. Think of all the troll attempts and pranks you’ll be able to pull off on VRChat! Entry is free and will be streamed at 22nd to 24th January on Twitch.tv and VRChat.

Here Are The Best Gaming Deals For The 11.11 Weekend

Square Enix Launches The World Ends With You Countdown Website