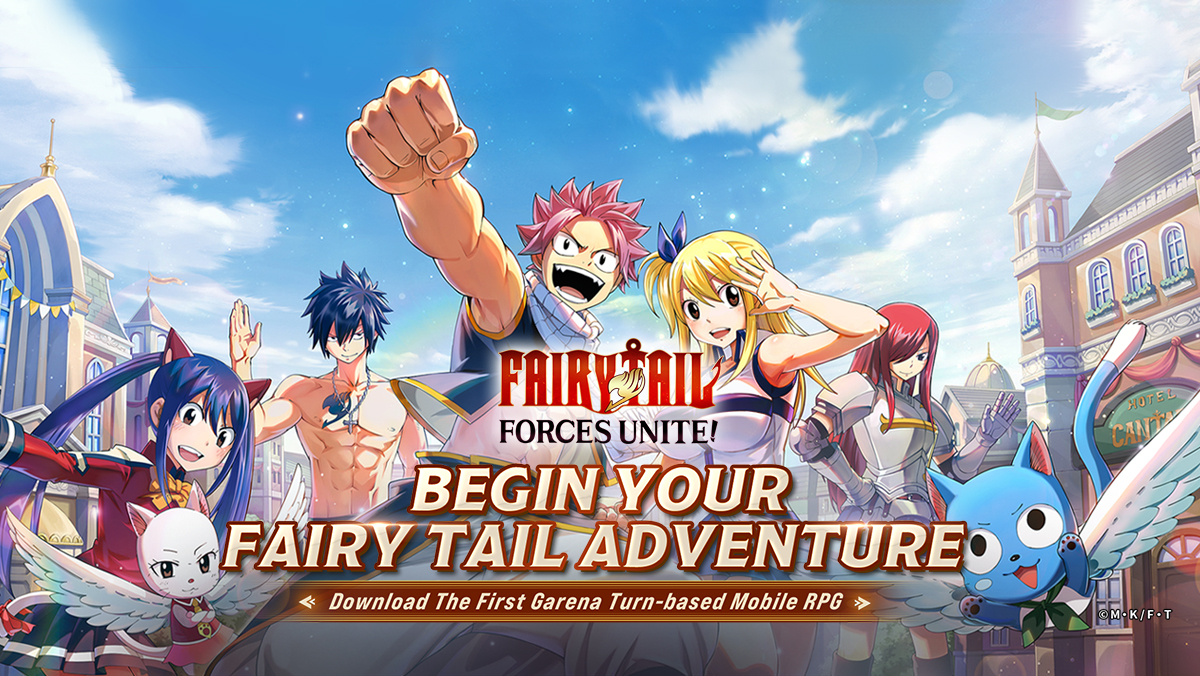 Garena, in collaboration with manga publisher Kodansha, have announced that Fairy Tail Forces Unite is now available for download in Singapore, Malaysia, and the Philippines.

The free-to-play mobile RPG is based on the popular Japanese manga series Fairy Tail and will be open to all players for download starting from today. It is now available on the Google Play Store and iOS App Store.Â

Fairy Tail Forces Unite has garnered more than 500,000 sign-ups across the two-week pre-registration period in Singapore, Malaysia, and the Philippines.

Fairy Tail Forces Unite is an official collaboration with Kodansha. It will feature the same characters and their voice actors from the original Fairy Tail animation, including Natsu, Lucy, and Gray.

Fairy Tail Forces Unite features exciting turn-based combat gameplay, giving you the chance to immerse themselves in the fast-paced action characteristic of the series.

Start your journey by choosing from 9 distinct classes, each with its own unique skills and abilities. Requip, Force, Velocity, Soundwave, Sleet, Guardian, Alphabet, Elixir, and Cure â€“ your choice will determine what type of wizard you will be.

Download and register your team in Fairy Tail Forces Unite to claim the SS-Class Erza character. Known as Titania and the big sister in Fairy Tail, Erzaâ€™s mastery of Requip magic means that she will be able to counter any enemy by instantly changing her weapon and armour types.

The New Avatar: Frontiers of Pandora Game Will Feature A "Brand New Story With New Characters'