If you need an early 2021 retro gaming fix, you should give the indie title Ocean’s Heart a go.

This action-adventure title plays like you would a 2D Legend of Zelda title: you explore the islands and continents you’re in, solve puzzles, kill bad guys, and gain power-ups that make you progress through dungeons and get rid of specific obstructions. Unlike other titles, Ocean’s Heart is made by one person, Max Mraz of Yarntown fame, from the stages to the layout to even its quirky dialogue that pepper the standard plot of a female navy soldier searching for her father and best friend while uncovering a pirate conspiracy involving spiritual legends.

The story may not seem original, but it entertains, especially since your main character speaks and is rather charismatic. Our hero Tilia does retort and reply as a sensible person would, but gladly accepts quests if it means bringing her coin, fulfilling her navy soldier duty, or putting her one step closer to her search. The townsfolk and NPC too have some self-referential dialogue concerning their place in the game, which is a nice touch.

Challenge-wise, you’ll navigate through a lot of medium-sized dungeons with plenty of puzzles both easy and tough. It’s not tougher and stricter than other clones like the 90s classic Alundra, but it will test you. The special items you’ll get include a glove that lets you carry cannonballs and push heavy blocks, a mace that breaks down hard barriers, a bow & arrow for ranged attacks, and a light arrow that switches position between you and specially-marked blocks. The puzzles using these items are needed beyond the dungeons they’re designed for, which does liven the later stages up, especially the late-game dungeons.

All I can say is that I was entertained for the 7 hours I’ve put in, from the main quest to even the side quests that are given a bit more thought than I give credit for. Standouts include playing detective in a mayor’s party and a war between two breweries. You may want to add in a few more hours if you plan on being a completionist in Ocean’s Heart, since there are extra spells to find and collectible hearts and sword/bow/armour upgrades to uncover.

I do wish there was this same level of thought put into the bosses. Once you have your dungeon item equipped and your sword finger put to “rapid-fire”, you can pretty much kill every big boss save the last two. And even those aforementioned duo is leaning towards a fight of attrition than one that requires ingenuity to triumph over. 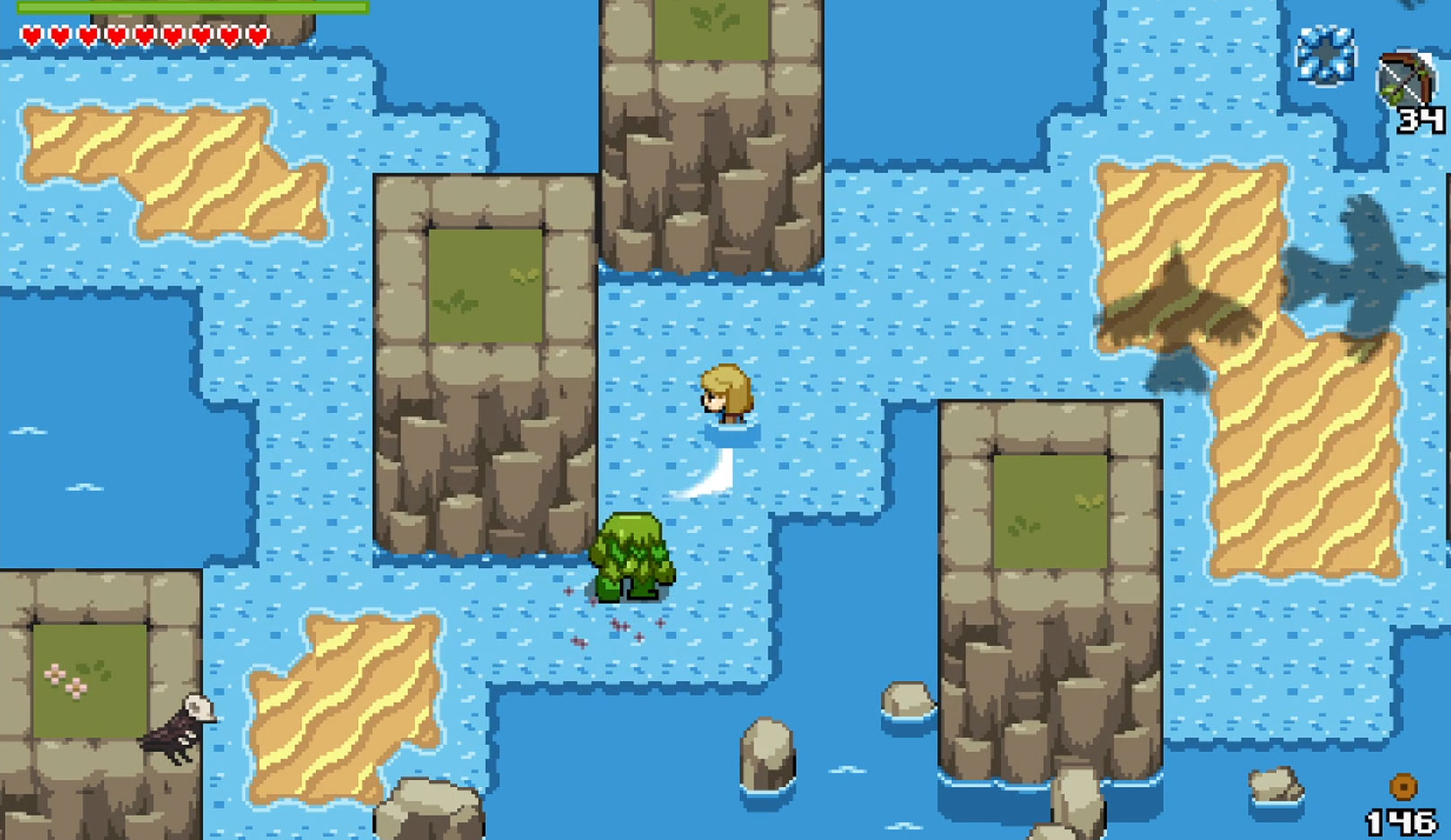 How does it feel to play though? I’ve used both a “retro” controller (a Hori fight pad) and a PS5 controller (because why not?). Tilia can not only swing her sword and use assigned items on the remaining face buttons, but she has an evasive roll move that makes her avoid attacks and cover ground. Unfortunately, she cannot roll diagonally, so you’re limited to the “up, down, left, right” planes when trying to get away from trouble.

This game was built for d-pads, if I’m being frank; I commit more movement mistakes with a newer controller than I did an old one. The controls are simple, its interface is old-school right down to the left-to-right option and inventory menu, and once you get the hang of the game in about an hour, you’ll do fine. The analog feels a bit wonky, and you can’t really customize the controls much. You’re better off using a regular Xbox One or PS4 pad if you want a good experience. Speaking of technical issues, the music does peak at times and sound warbled in some overworld bits. Thankfully, it’s only a section or two; everything else is charming sound-wise.

Ocean’s Heart is a well-crafted love letter to the 2D Legend of Zelda games on the NES and SNES featuring a charming setting, a short-but-sweet play length, and fun gameplay. I do wish the bosses were actually challenging and mentally stimulating, but the overall journey is more eventful than the destination. For just a paltry Steam game sum, you cannot go wrong with this one-man show. 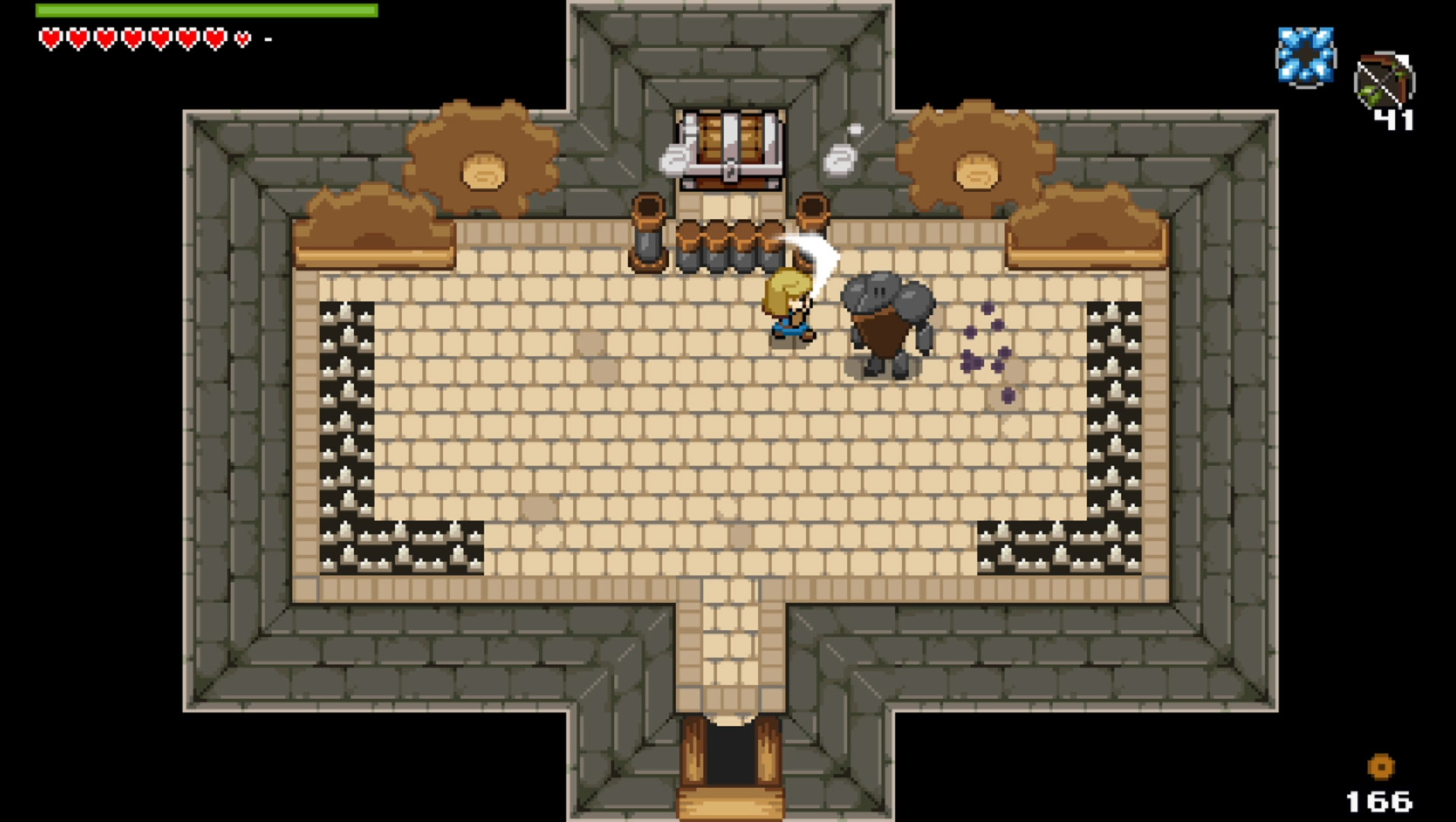 News
The Pathless Is A PS5 Launch Title

Developed by Giant Squid (the same studio behind ABZU), The PathlessÂ was originally revealed during the PlayStation State Of Play presentation in ...

#26. Fires At Midnight (PC) https://videopress.com/v/dublr3UA?preloadContent=metadata A world where sex without love lights people...