Stop us if you heard this one: a tortured male character seeks revenge against his oppressors by enacting humiliating torture onto them with his newfound power in the show’s first few minutes. Said oppressors consist of an all-female ensemble who committed heinous acts onto the male in the past. When he approaches one of them, he basically dishes out the same level of cruelty onto them, to the point where he gets his sadistic jollies. 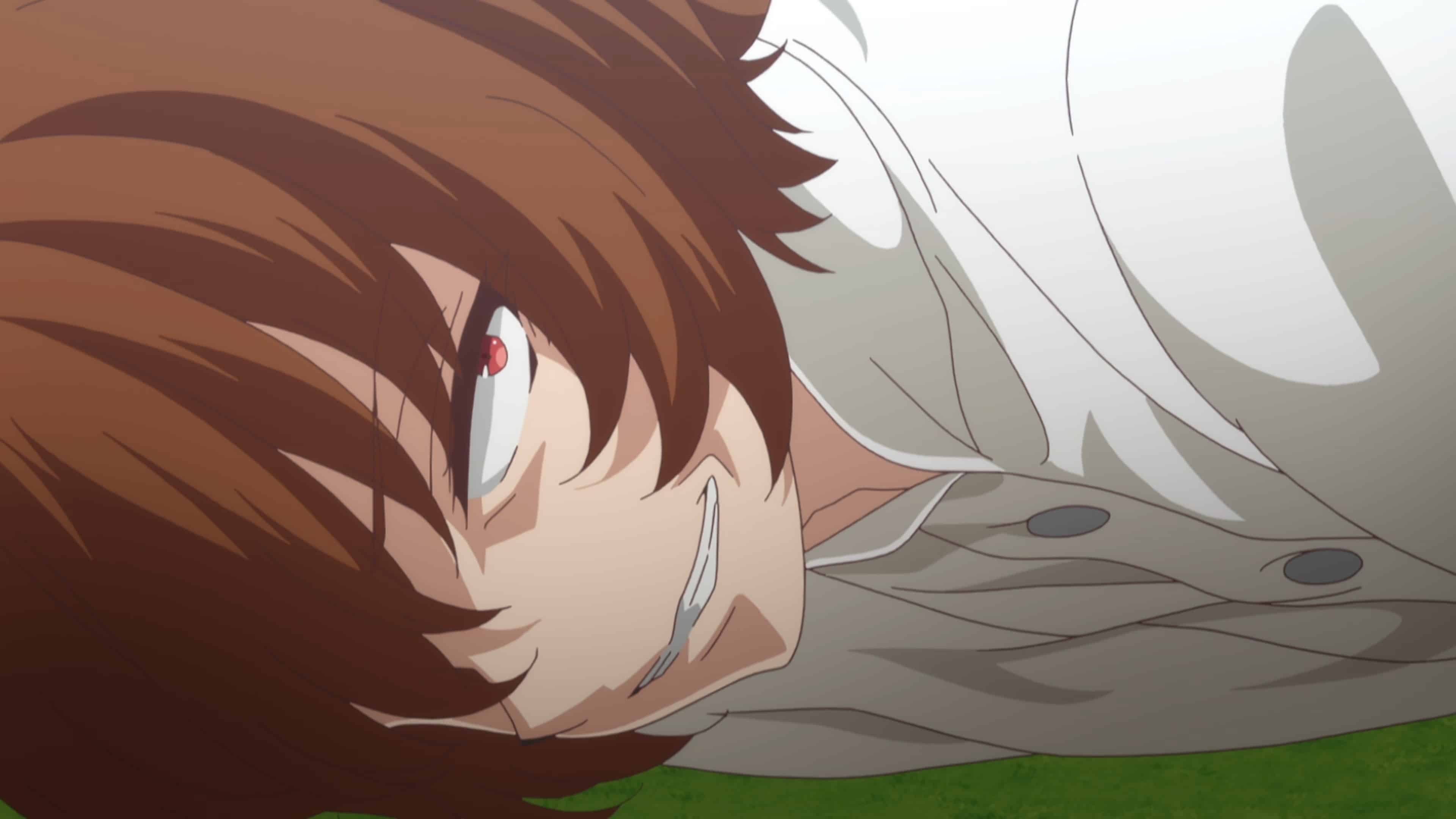 The aforementioned male character is Keyaru, a talented healer who ended up being exploited by other party members and so-called allies for his healing power. One day, he realizes that his healing power in this universe is top tier; the healer class is the strongest there is. While he ended up realizing this too late in his life, he pulled off the equivalent of a Superman deus ex; he used his healing magic onto the world to go back four years, to redo everything. Hence the title.

You’re just tuning in to see how he uses healing magic using malicious intent, be it disguising himself or using cursed healing to make someone a temporary paraplegic.

Oh, and he also breaks her fingers one by one to start off his revenge. And then regenerates them again so that he can break them once more to make her writhe in pain and agony. Yeah, it’s pretty graphic & horrifying, but it’s animated pretty well. Kadokawa is backing this series, so there’s some nice animation in the OP and some of the action and healing scenes.

Curing What Ails You? 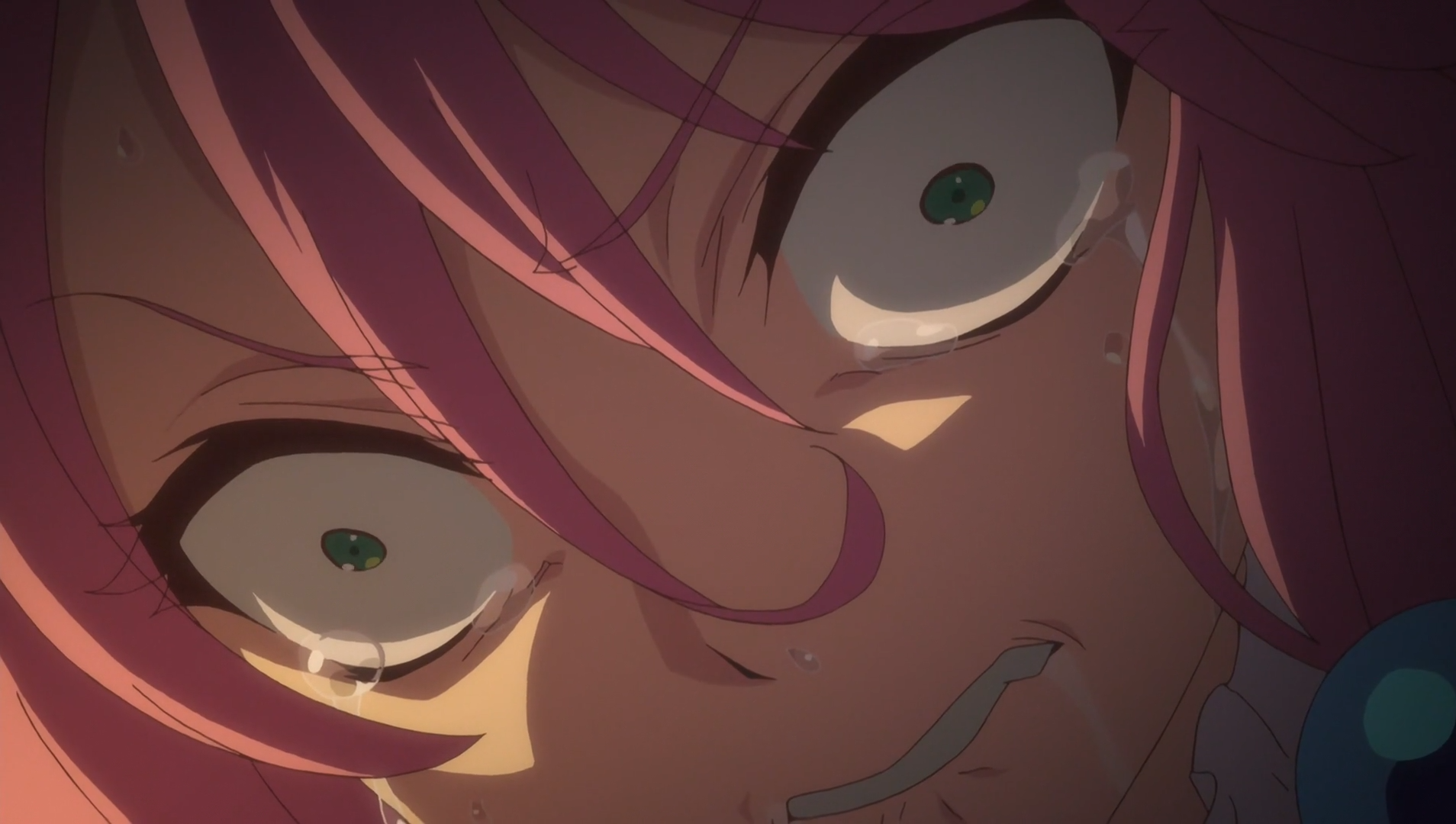 The show also stretches the definition of fantasy game healing in a creative fashion: not only can healing magic regenerate limbs, but its user can inherit the good (and bad) memories of the healed. When the show starts -ignore the spreadeagled Princess Flare if you can- Keyara seems to gain superhuman reflexes and resistance; a byproduct of him healing a sh**ton of people. He even used it to dispel the undead, something smart Final Fantasy players do with their curatives and resurrection spells when fighting ghosts. It’ll be interesting to see how things go for Keyara and how he stretches the definition of the “Curaga” spell.

Yes, the bad guys do deserve bad things to happen to them because this is a revenge show in the most extreme. However, it’s not an all-ages show with pretty depraved themes. Which is why the show comes in regular and uncensored flavours.

The regular version craftily cuts away from offending scenes, while the latter version shows almost everything in its glory, nipples on giant bitch princess tits and all. This also includes a bit where Keyaru uses healing magic to regenerate his boner, and then uses it to slap Princess Flare’s face while she’s down. I think the censored version is worst because the stuff you imagine off-screen can end up being more harrowing and graphic in your head. But that’s just me.

What’s important is that if the stuff in Goblin Slayer is too tame for you, give Redo of Healer a go. Be warned: it’s pretty trashy and you’re not going to find anything to like about Keyaru apart from the fact that he’s getting away with every revenge fantasy thought up by embittered incels.

Reviews
Earwig And The Witch Will Disappoint Longtime Ghibli Fans

The Studio Ghibli films are animated masterpieces. Not all of them, but surely many of them, including the likes of 1988's Grave Of The Fireflies, 199...

News
Ni no Kuni: Crossworlds Breaks Past US$100 In Player Spending Faster Than Pokemon GO Did

The power of the Kuniverse is strong with this one. Ni no Kuni: Cross Worlds from Netmarble seems to be a big hit 11 days after its online debut in...