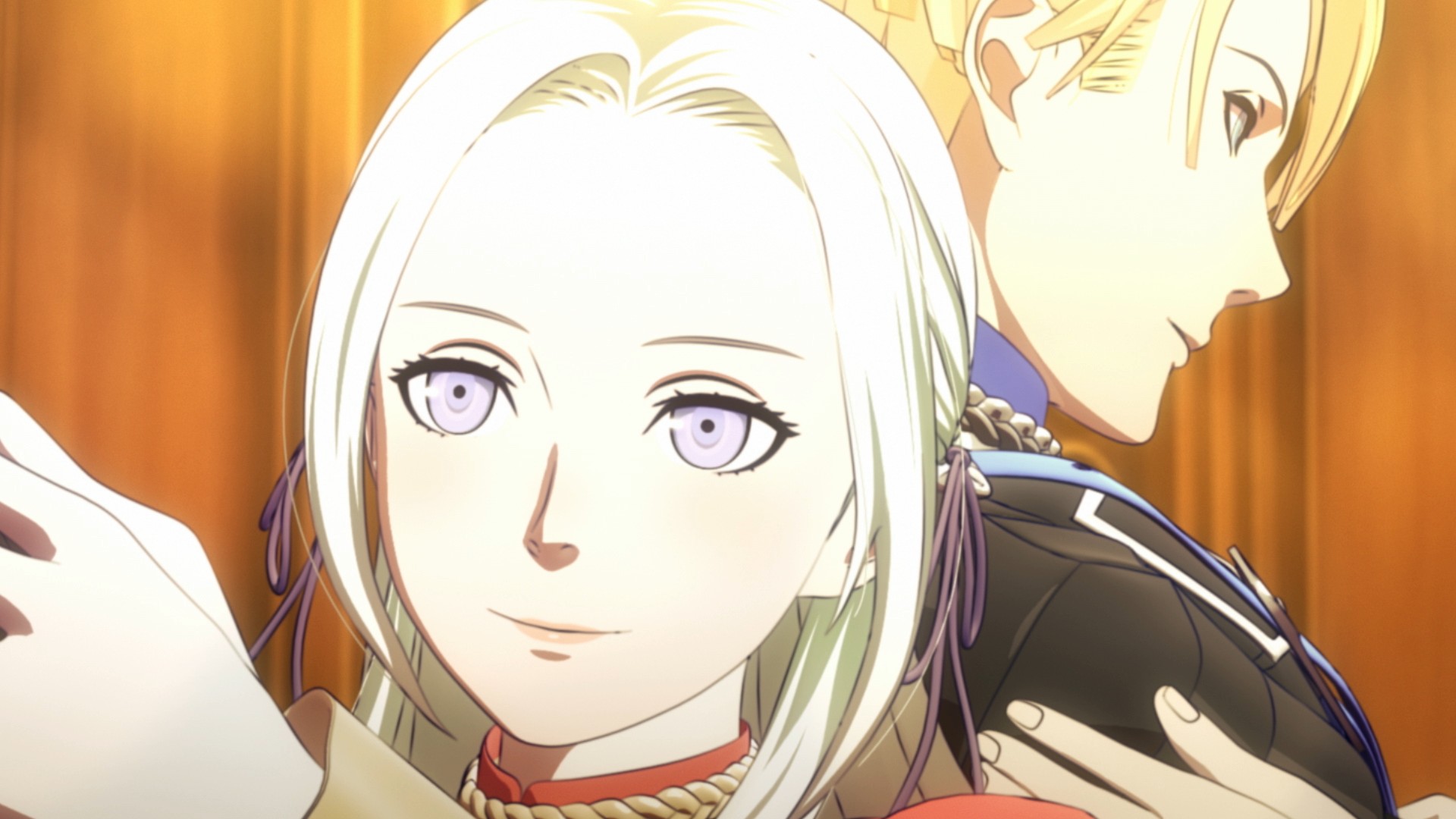 Nintendo strategy fans have one more week until they can get their hands on Fire Emblem: Three Houses. Based on the most recent build of the game, the game is shaping up to be living up to its traditional turn-based combat mixed in with a huge number of elements from Atlus’ Shin Megami Tensei: Persona series, at least when it comes to interacting with the denizens in this world.

Fans will definitely find a lot that’s new and familiar. For starters, instead of being a general for an army, you play a teacher who gets to pick between three factions to tutor, grooming their military future through battles. At the same time, you also talk to your students to bond with them while also courting rival factions to your cause during the school phase of the game. And for some reason, you have a magical green-haired girl living in your head who tells you about dark times ahead. Pretty anime if you ask us.

Let’s explain how the latest Nintendo strategy RPG takes the best of both worlds and schools of thought.

Combat in FE3H is like chess but with a ton of units involved and a weapon triangle system. It is elegant in its delivery, with even more pizazz and wow added to its results and damage-dealing. The main crux of Fire Emblem: Three Houses is its weapon abilities, character abilities, and combat arts. Your characters can learn weapon abilities via weapon mastery; you do this by teaching him/her about that weapon during the teaching phase of the game, or have him/her use it on the field. You can also learn abilities for a specific character class as you and your students master that class, though you can only do this during combat.

Speaking of weapon triangle system, as your students gain mastery at certain types of weapons, they’ll sometimes earn abilities that make them stronger against particular weapons. Some axe-wielders can get an ability called Lancebreaker, which will help them against their affinity weakness, especially in an upcoming battle where you know you’ll face a lot of enemy lance users.

Character abilities are passive. You don’t need to do anything special to trigger them; just equip them. Certain healers in the game can learn powerful abilities like Miracle as you use them more often; this lets you survive attacks that reduce your life to zero, but at the cost of just having 1HP remaining. You only have five slots per character, so you need to think long and hard on whether you need certain abilities during a particular skirmish. Within 10 hours or so, every character you have will have more than 5 passives, so you’re spoilt for choices.

And then we come full circle with Combat Arts: powerful special moves that help tilt the battle to your favour at the cost of breaking your weapon faster. Moves like Curved Shot allow bow users to hit targets farther than usual while Helm Splitter lets you axe-wielders get a damage bonus against armoured units. The weapon durability system is thankfully not as annoying as the one in Legend of Zelda: Breath of the Wild. You can still attack with your broken weapon, but your attack values are significantly lowered and you are more prone to counterattacks. Cheaper weapons have about 30 uses before they’re inactive, while expensive ones have more. Don’t worry; you’ll get a blacksmith later in the game so your weapons can be in tip-top condition.

A Ton Of New Tools

Fire Emblem: Three Houses also brings in more awesome abilities in your main character’s favour. Your teacher character can use Relics, which are super-powerful weapons that can usually kill enemies with one hit. They’re super-limited in use, but you can recharge them during the school portion of the game. You can bring Battalions into the fray, which are extra attacks you can call upon mid-battle for your characters. These “extra attacks” can either boost your team’s ranged attacks or set them ablaze, or just heal adjacent characters.

And unlike real chess with real people, you can undo your moves in case you made a mistake. You do this by using the Time Pulse, which lets you turn back time during a battle in case you made an error in movement or judgment. This can be useful, especially in battles where you can earn extra Relics and Battalions by keeping certain characters alive long enough in battle. Battles in FE3H can get pretty gruelling and tough, so having this handy-yet-limited option of turning back time is a godsend.

So remember all that friend-making nonsense in Persona 5? Well, you now have to do that in FE3H. The first 10 hours of the game isn’t just turn-based combat, oh no. You’ll be bonding with your chosen faction and its members as you act as their teacher and mentor to shape their destiny. You even have a calendar filled with duties, special events, and student birthdays to keep track of so that you can maximize what you can do for each day. Each week, you will either perform group activities to improve house bonds, set learning goals so that your characters can change troop class during exams and even personally tutor certain characters and students.

You even get free days where you can explore the monastery you’re teaching in, or even host mock tournaments for students. You can also organize seminars with guest lecturers to open up specialization possibilities or take your students out to the field to level up. Of course, you can’t do everything all at once; you will be given a set amount of points to spend on choices per week. Which means you need to make a balance between personal stat-buffing and party-building, just like that Atlus game with all the students and potential waifus.

Speaking of which, while purists are complaining that the game is suddenly into a waifu/husbando simulator, let it be known that it started evolving into that archetype since Fire Emblem: Awakening. FE3H continues that tradition with its plethora of characters and heroes, from the eight students in each House to the teachers and monastery knights roaming the hallowed hallways.

So far, FE3H is taking lessons from the Persona series in fleshing out the party-building and social elements in its fantasy strategy trope moreso than past entries. This new direction is definitely refreshing and builds upon the template set by Fire Emblem: Awakening, though we do hope the later parts of the game gets deeper and more fleshed out than the first 10 hours.

As fun as it was conversing and mingling with your entourage, it does feel like extra busy-work when you’re obligated to bring someone out because he/she is a lancer in need of special training instead of him/her being an interesting party member to be with. At the very least, the classic turn-based combat fans know and love is still intact, albeit with much-needed refinements.

FE3H launches next Friday, 26 July, for the Nintendo Switch.

Diablo 2: Resurrected Looks Nice, But Still Has Some Problems