Get over here! Watch the trailer for Mortal Kombat now — in theaters and streaming exclusively on HBO Max April 16. #MortalKombatMovie pic.twitter.com/eFhQhbdNUl

Mortal Kombat lore hounds and fans are going to get a kick out of the trailer, even if the show’s palette seems a little muted. Still, it’s keeping to “gritty reboot” theme. The story will still retain the “humans represent Earth Realm, fight in Mortal Kombat tournament to protect it from Outworld conquest by Shao Kahn” storyline. Just with an R-rating and an MMA fighter jumping in.

All The Key Scenes For You MK Fans Out There

The first few seconds show Jax Briggs on a Brazil recon mission being attacked by Sub-Zero/Bi-Han; the ninja who would eventually become Noob Saibot. Early on, we get a key scene on how Jax got his metal arms: Sub-Zero froze his original limbs and smashes them in a clearly R-rated scene.

We also get a scene with Hanzo Hasashi/Scorpion kicking ninja ass in his human form in a quiet Japanese homestead. Also in R-rated form, since he uses his rope darts to kill them. Looks like they’re going to put in Scorpion’s tragic backstory in the film. You know, the one where he and his family are killed by the Lin Kuei ninjas; the same faction Sub-Zero was in?

Kano has his eye lasers early on. He only got them in Mortal Kombat 3.

We get some glimpses of Outworld, complete with Shao Kahn’s statue.

And here’s purple ninja Mileena in all her Tarkatan teethy glory. 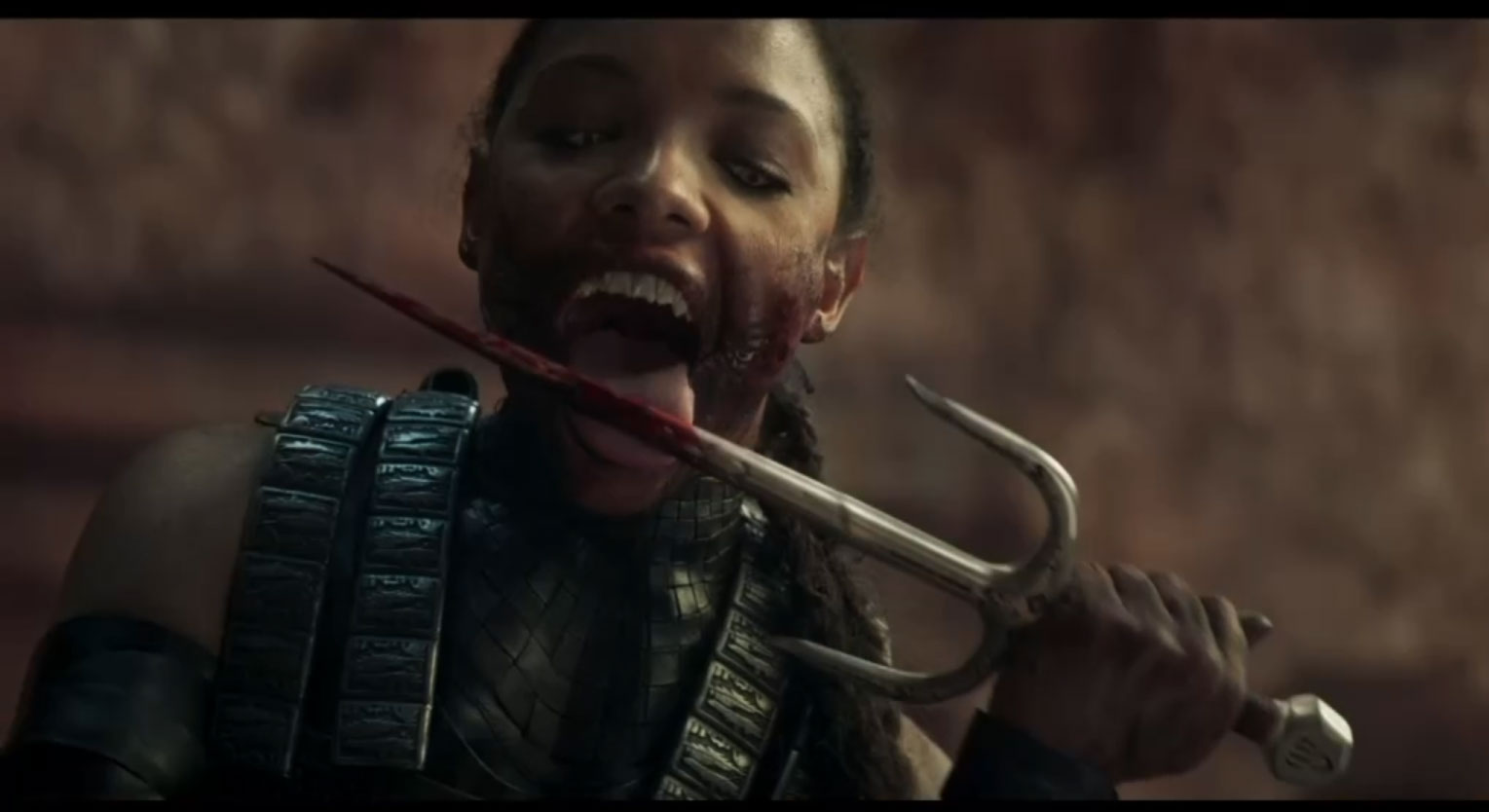 Liu Kang can now use his flame powers to summon a fire dragon. Not quite a green one like in MK2, but still equally cool.

The MK 2021 reboot will also feature Goro as a combatant. You can’t have an MK film without that display of CGI dragon prince goodness, eh?

They also gave us a glimpse at the match of the century: Sub-Zero vs Scorpion.

Here’s Scorpion with the money shot, saying his patented line “Get Over Here!”.

Can’t have an MK movie with an R-rating without a key shot of Kano doing his fatality from the first film, eh? And on Reptile too!

The movie will be out on 16th April in selected cinemas worldwide and HBO Max.

The biggest game festival in Malaysia is back. The Level Up KL 2021 Industry Conference will take place on 21 and 22 September 2021. According to the...

News
Riot Games Goes All Out With Arcane: League of Legends Tie-Ins; First One Involves Among Us

Riot Games really wants to let the world know that its League of Legends animated show adaptation is out right now. Thus, the company announces its ow...