Dota 2 is one of the most popular multiplayer games in the world, boasting millions of players worldwide and an esports scene that breaks prize pool records every year. With more than a hundred heroes and years of updates, the game’s lore is more than deep enough to warrant a decent adaptation, be it live-action or animation.

Here comes Studio Mir (the same studio behind animated series like The Legend Of Korra and Netflix’s Voltron Legendary Defender) with the first-ever animated adaptation based on Dota 2. Is it worth checking out? Well…

Fellowship Of The Lotus 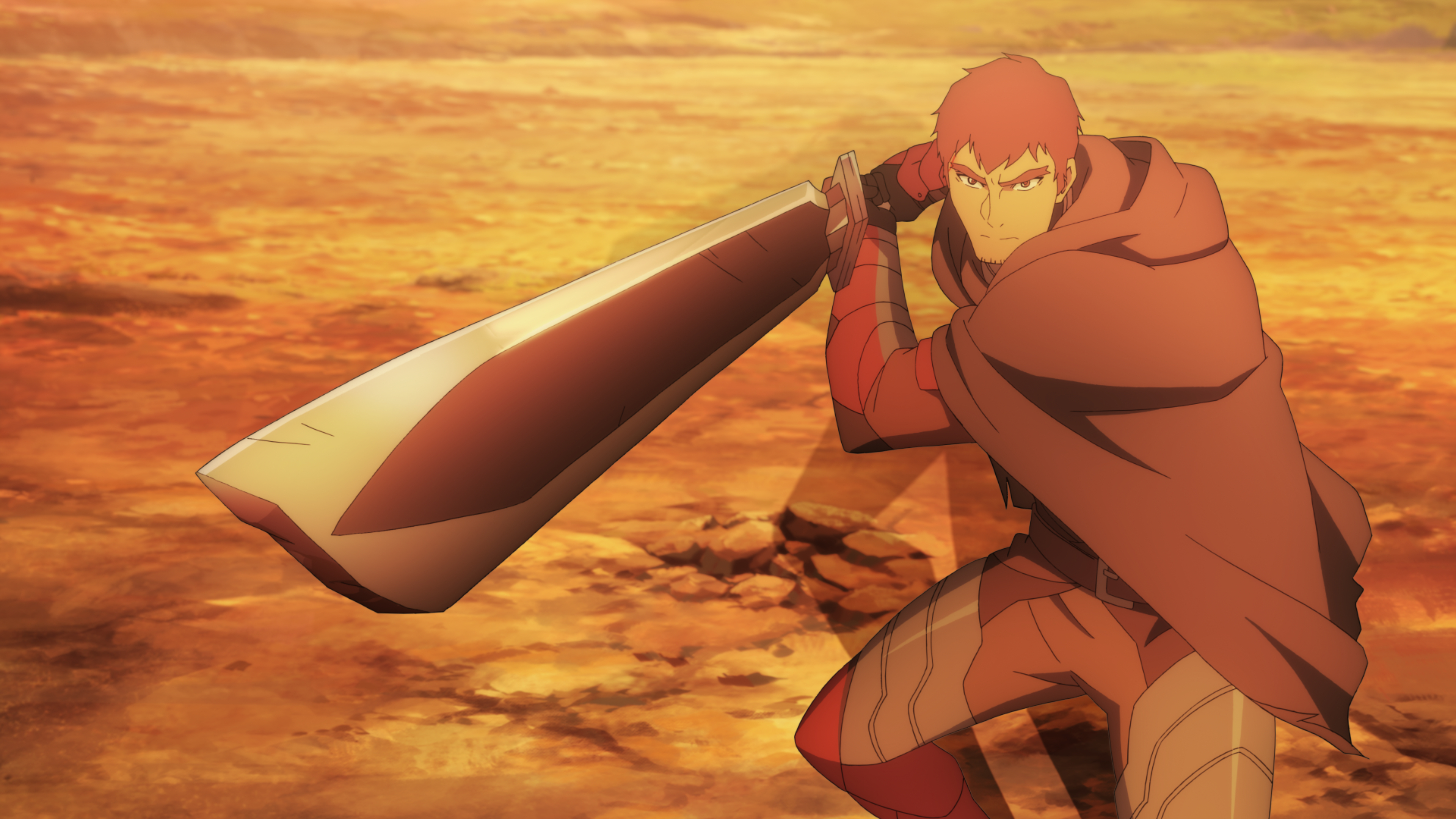 Here’s a confession: I don’t play Dota 2, so I’m not familiar with the game’s heroes and lore. As such, it begs the question; can non-Dota 2 fans enjoy Dota Dragon’s Blood? The answer to that is: yes, they can. I definitely did. Dota Dragon’s Blood is certainly a newbie-friendly animated series. You don’t really need much prior knowledge of the game to understand most of what’s going on in this animated series.

The biggest reason for that is because the first season introduces only several key characters and sticks with them for all eight episodes.

One of the biggest sins for a fantasy series to commit is introducing too many characters and plot threads right off the bat. Showrunner Ashley Edward Miller made the right choice to focus on only several selected characters instead of cramming more characters from the game’s roster of more than a hundred heroes. Viewers will have seen most of these characters in the trailers and promotional posters; so there aren’t really many surprises to speak of. As such, fans of the game shouldn’t really expect any other heroes to suddenly show up.

The gist of the main plot premise is this; Dota Dragon’s Blood follows a renowned Dragon Knight named Davion (Yuri Lowenthal) who is devoted to wiping dragons. After encountering the Slyrak the Ember Eldwurm (Tony Todd), Davion begins a new legendary quest with the noble Princess Mirana (Lara Pulver), who is on a secret mission of her own.

At the same time, the goddess Selemene (Alix Wilton Regan) has a warrior named Luna (Kari Wahlgren) on her strings, while Invoker (Troy Baker) has a hidden agenda of his own. Oh, and a fantasy story isn’t complete with elves, and the main elven character is a female elf named Fymryn (Freya Tingley). 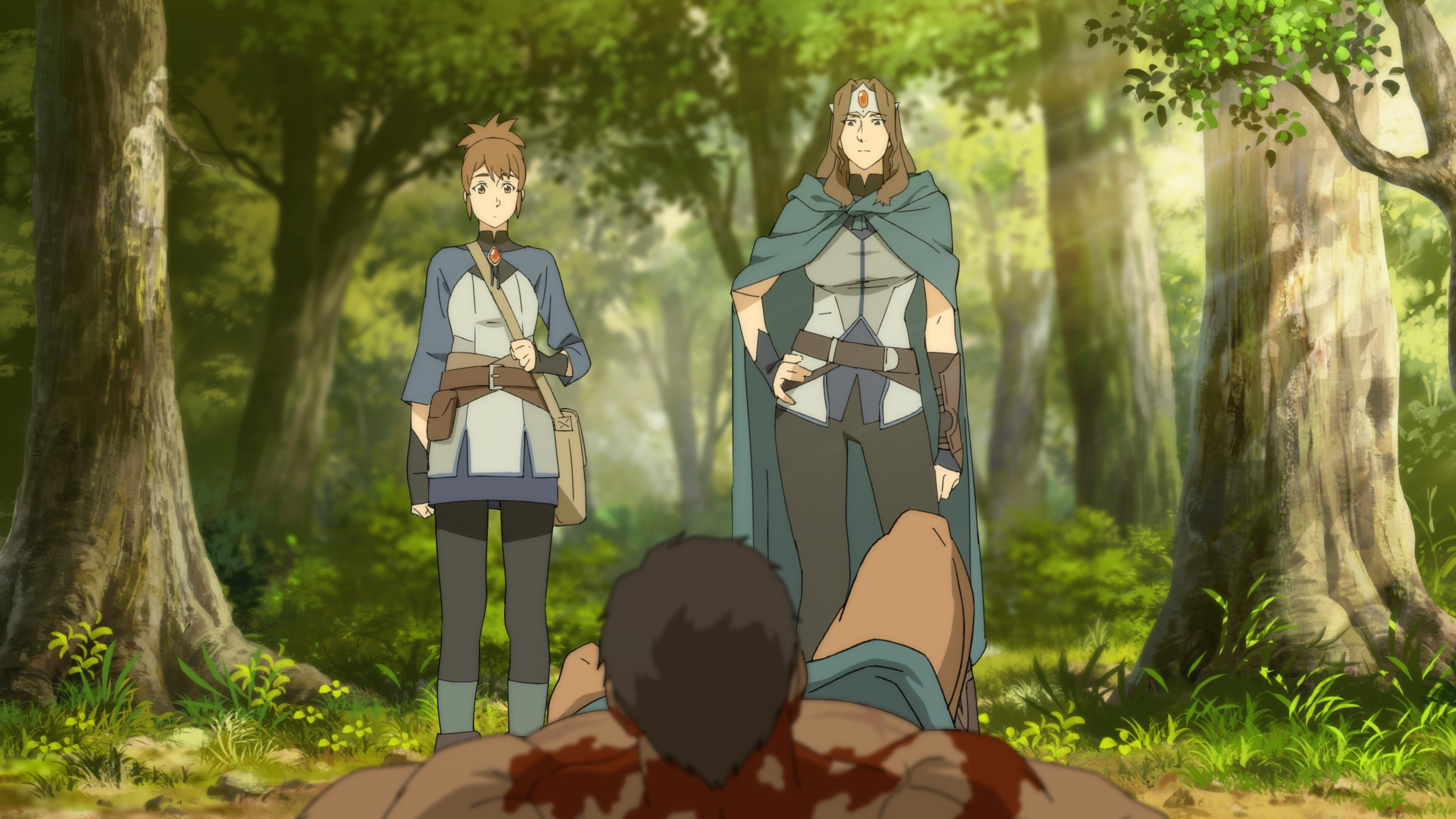 There are a few other characters, but those are the biggest movers in the story of Dota Dragon’s Blood. The plot isn’t that complex, though some details might be a bit confusing before they’re expanded upon and explained in later episodes. The promotional material has already spoiled the biggest surprise of the series; the appearance of Terrorblade. However, fans should temper their expectations because he only truly appears in the final ten minutes of the first season’s final episode.

It’s important to note that Dota Dragon’s Blood is an adult animated series, as it features F-bombs and sexual scenes, so it’s definitely not for kids or teenagers (even if they play Dota 2). The plot isn’t anything too complex. It feels a lot like Netflix’s The Dragon Prince sprinkled with a few familiar fantasy elements you’ve seen from The Lord Of The Rings and others. Basically, expect a lot of elves and dragons; not to mention the protagonists visiting taverns and inns (a classic fantasy trope), as well as a MacGuffin to move the plot forward (lotus flowers).

If you’re a Dota 2 fan, Dota Dragon’s Blood expands on the origins of several characters, including Dragon Knight, Mirana, and Invoker. The series adds on the background of these heroes from the game in an attempt to flesh them out more. How essential they are to the game’s lore will depend on the expectations of fans and how they react when this series eventually comes out. Fans are usually more receptive and particular about these things.

One of the biggest draws and highlights of Dota Dragon’s Blood is the stellar voice cast. Unfortunately, they don’t all receive equal screentime. As much as the series likes to show off Tony Todd’s name in the opening sequence that kicks off each episode, it’s bizarre that he only speaks a total of perhaps two or three times in the entire first season. Todd is a legendary actor (and voice actor); having voiced Darkseid in many DC Comics properties and most importantly, several heroes (Dragon Knight, Night Stalker, Viper) in Dota 2 (none of which appears in this first season).

On the other hand, Yuri Lowenthal does a decent but unimpressive job as Davion the Dragon Knight, considering his other better performances in games and anime like 2018’s Marvel’s Spider-Man, Persona 4, Ben 10, and Gurren Lagann. You’ll also be hearing a lot of Lara Pulver’s Mirana and Troy Baker’s Invoker, as well as a spattering of different European accents from the other voice actors. 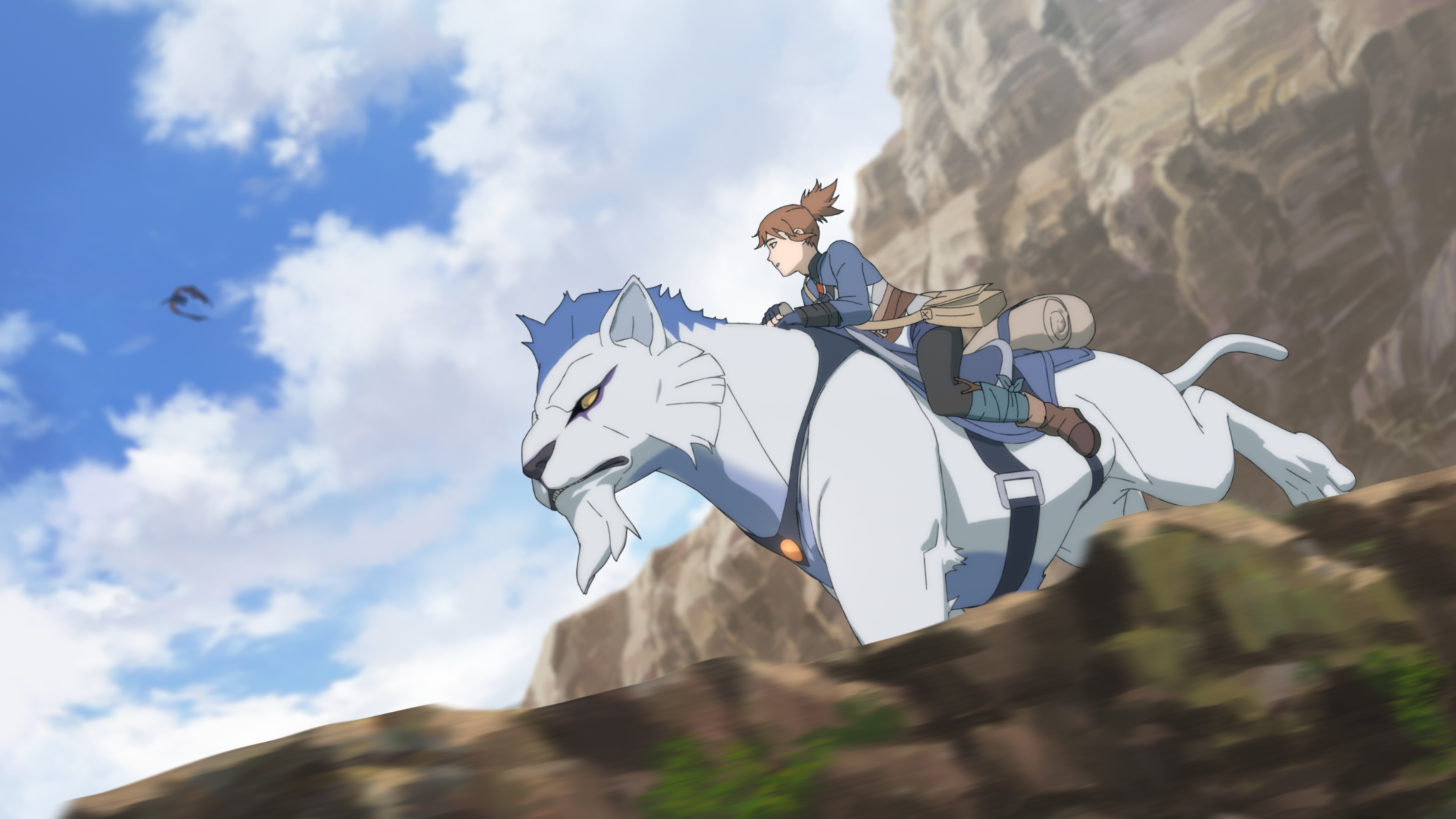 If there’s one thing that Studio Mir excels at, it’s animating excellent action scenes and choreography. Thankfully, that applies to Dota Dragon’s Blood as well. Say what you want about the uneven story and plot in Voltron Legendary Defender (that last season was unforgivable), but at least the action was thrilling from beginning to end. The Legend Of Korra was the same; as much as it didn’t live up to Avatar The Last Airbender, those action scenes were still awesome to behold.

I suppose the biggest difference this time around is that Dota Dragon’s Blood is an animated series for adults. As such, Studio Mir has let loose in a way that they couldn’t before.

There are bucket loads of blood in the first season alone, with decapitations and stabbings galore. If you like gore in your animated series, then you’ll probably like this. 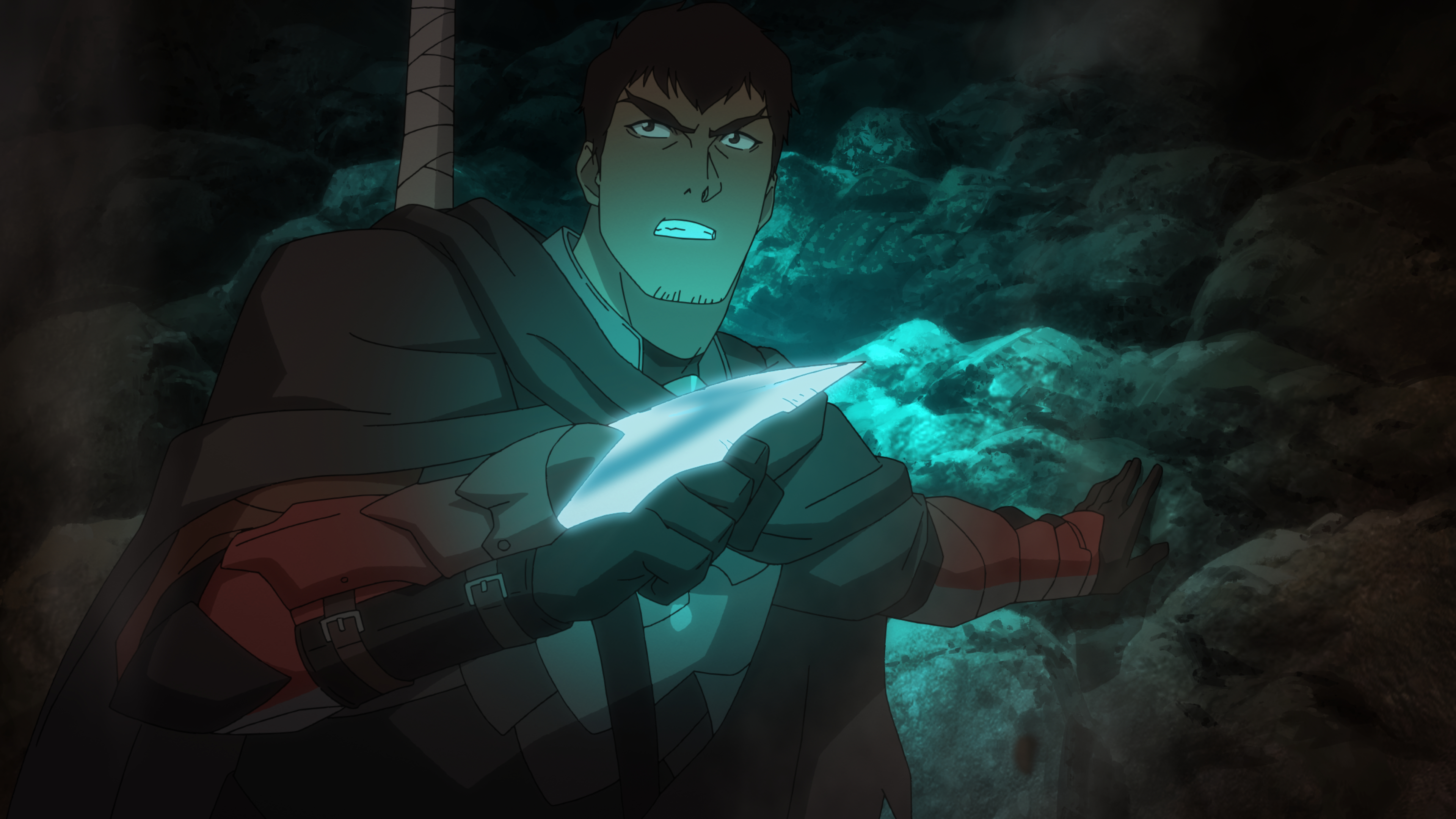 However, I did notice fewer action scenes overall. There are several big epic set pieces, but much less of the usual one-on-one battles that I’d normally expect from Studio Mir. I missed the intricate choreography of those fights, and there are significantly less of those in Dota Dragon’s Blood for some reason. Well, you probably can’t do a lot of those when most of your fights involve huge dragons, and they look fine.

Studio Mir has opted for CGI for the dragons and they look pretty good in motion. A lot of time and money was clearly poured into the many dragons in the series, but this also had negative effects. The CGI effects for humanoid characters look noticeably less detailed and more stilted, making them look awkward. This was also a problem in another recent Netflix animated series, Pacific Rim The Black (in which the Jaegers and Kaijus look great, but the humans less so).

For Both Dota 2 And Casual Fantasy Fans 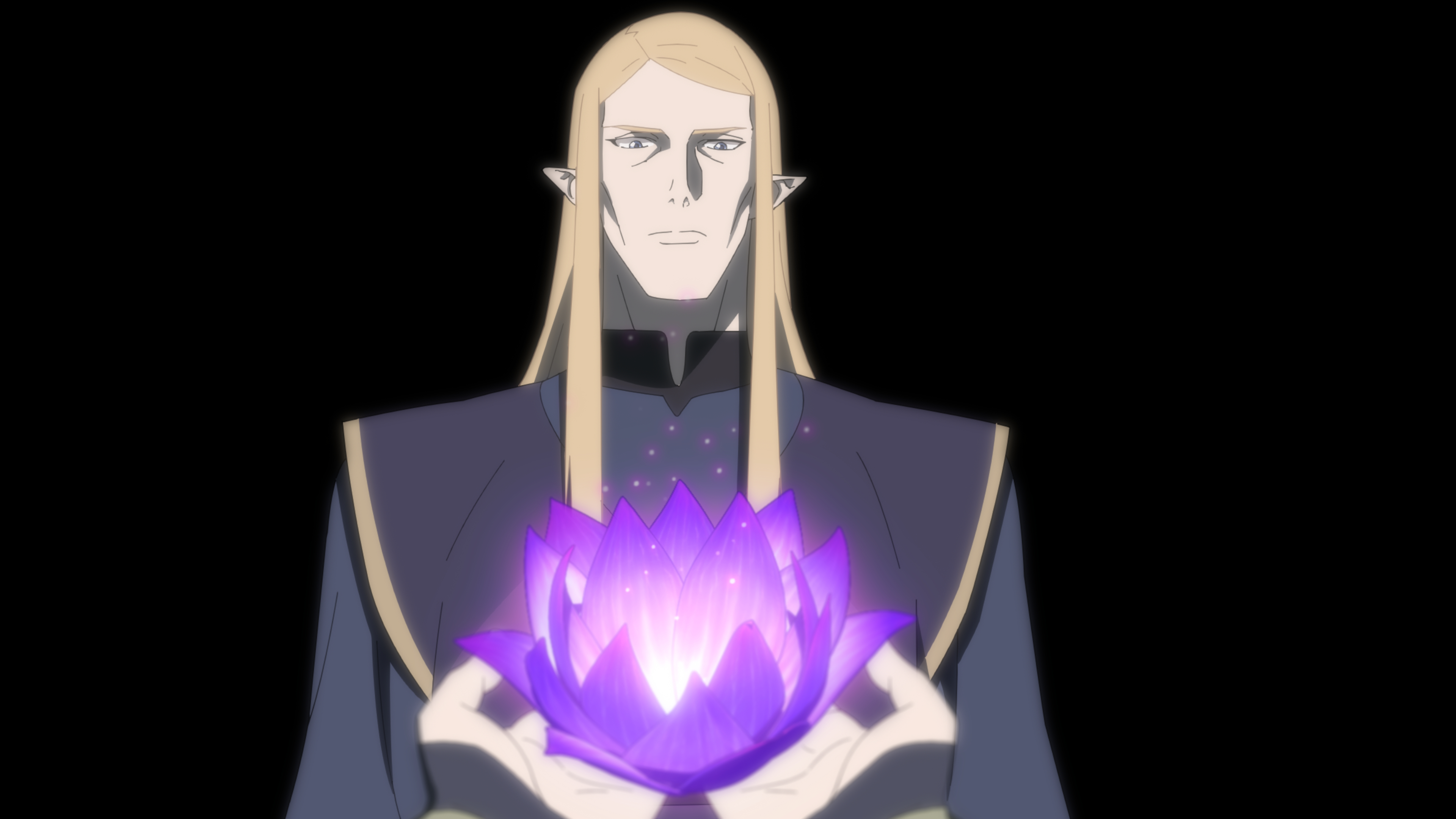 There’s a lot that the first season of Dota Dragon’s Blood can improve on, but I still enjoyed the fantasy elements and action scenes, despite not being much of a Dota 2 fan. Even you’ve never played or cared much for Dota 2 before, you should check out this new animated series by Studio Mir if you’re into fantasy epics, dragons, elves and the works.

Well, what’s not to like about dragons and elves?

We received an early access screener of Dota Dragon’s Blood Season 1 courtesy of Netflix Malaysia. It is slated to premiere exclusively on Netflix on 25 March 2021.

Thor: Ragnarok plays like a live-action special of Saturday cartoon. It is fun and (very) enjoyable in many parts, interspersed with tiny conflicts an...

Reviews
Dead Cells Is A GOTY Contender; Here Are Three Main Reasons Why

Avengers Endgame is releasing in just a few days in Malaysia, on 24 April 2019. To commemorate the release of the highly-anticipated movie, Adidas is ...