The game will be a 2D pixel-graphics beat-em-up featuring all four Ninja Turtles -Leonardo, Donatello, Raphael, and Michaelangelo- reminiscent of the 90s Konami titles like the Teenage Mutant Ninja Turtles arcade game, Turtles In Time, and The Hyperstone Heist. They go from left to right in a side-scrolling fashion to beat up Foot Soldiers, aliens from Dimension X, and big bosses like Rocksteady, Bebop, title character Shredder, and other TMNT baddies Dotemu and developer Tribute Games are allowed to use via Nickelodeon’s consent. FYI, Nickelodeon owns the Ninja Turtles license.

If Tribute Games sounds familiar, that’s because they developed the awesome Panzer Paladin; its two founders were involved with the 2010 beat-em-up Scott Pilgrim vs. The World: The Game. Hopefully, with what they’ve learned from making beat-em-ups, the team can make a game that’s just as good as (or better than) 2019’s River City Girls and 2020’s Streets of Rage 4. To quote Tribute Games’ co-founder Jean-Francois Major (via Game Informer):

“We wanted to bring back a game for the fans of the â€˜87 animated series and also the old arcade games of the â€˜90s. Because we felt that people missed it. And including us, because, personally, I played those games a lot as a kid and I missed them a lot. So that was the idea that started it.”

It took Tribute Games a while before they could secure permission from Nickelodeon to use the license for this; this was due to bad timing on the latter’s part. To quote Tribute Games’ other co-founder Jonathan Lavigne:

“We were always super persistent. Like, if we’re gonna take on one of your IPs, we want it to be TMNT. Every time the topic was brought up about us taking on a project, I would always say, â€˜Well, we really want to do TMNT.â€™ We grew up in the arcades and playing TMNT, so we really wanted to have a stab at it.”

So far it’s announced for PC (via Steam); there’s no release date yet. Judging from the trailer, we might have yellow jumpsuit April O’Neil and Splinter as unlockable characters. Bosses include Bebop, Rocksteady, a giant Chrome Dome, fly Baxter Stockman, a Triceraton, and the duo that is Shredder and Krang. Speaking of which: 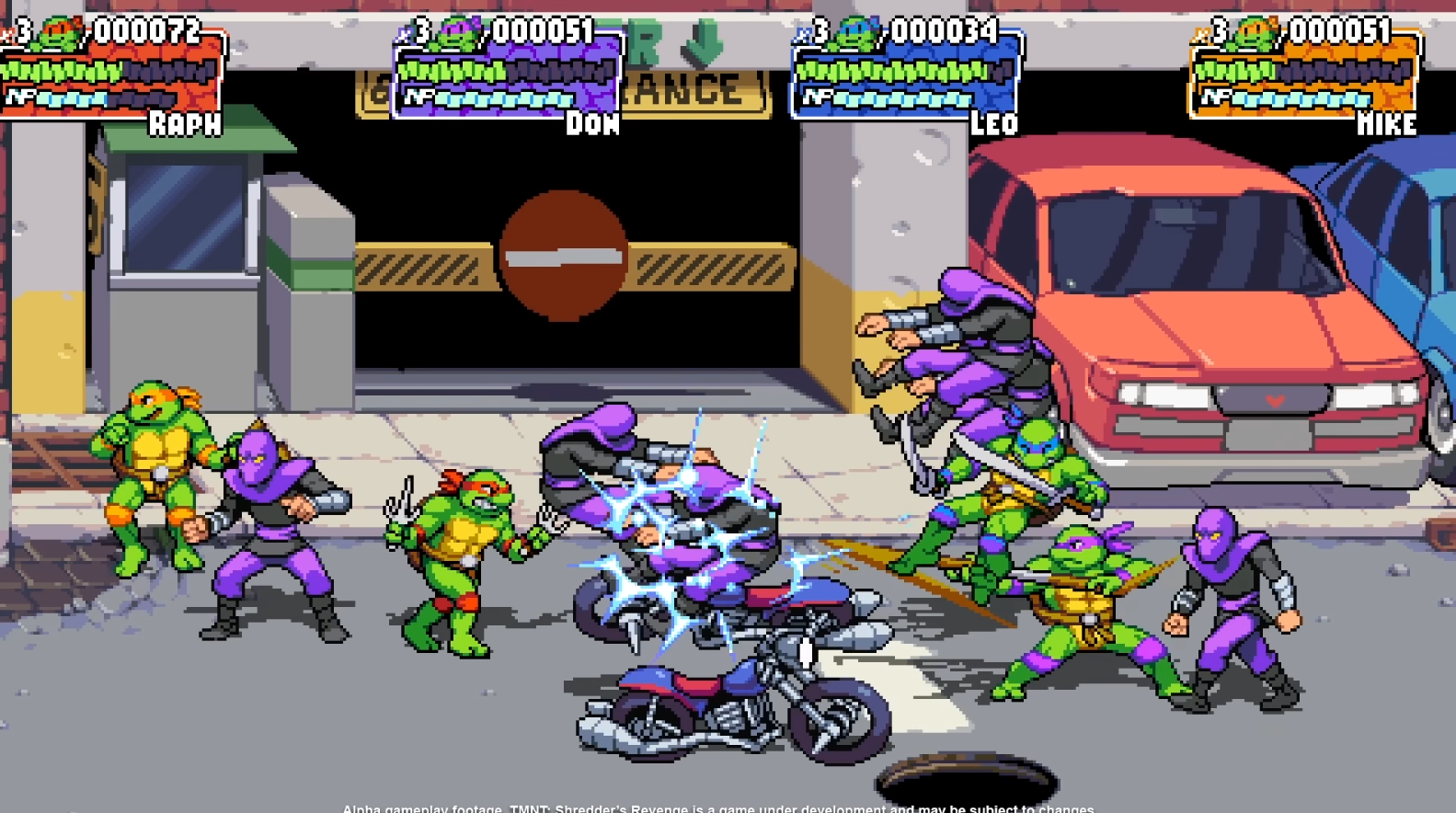 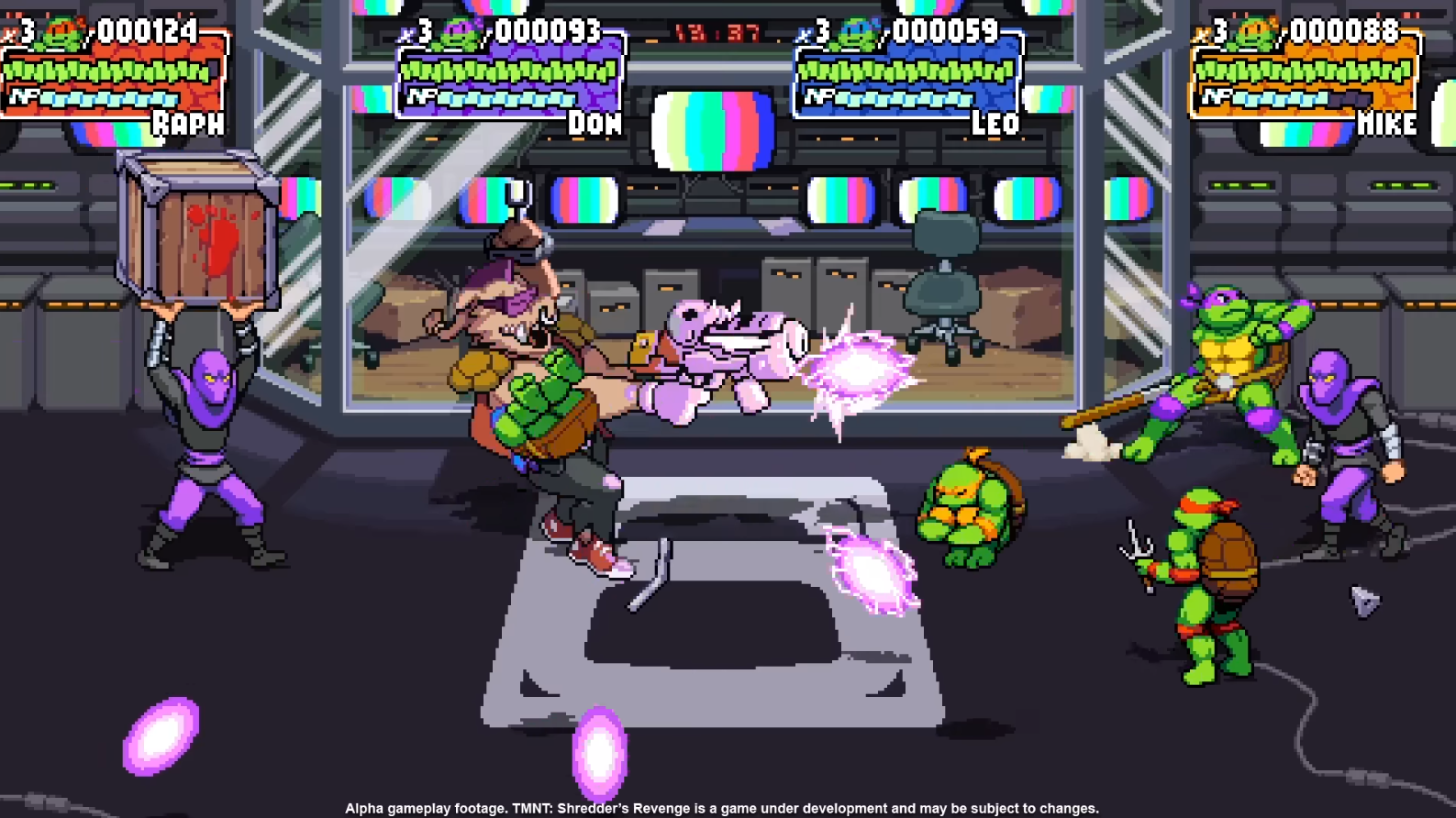 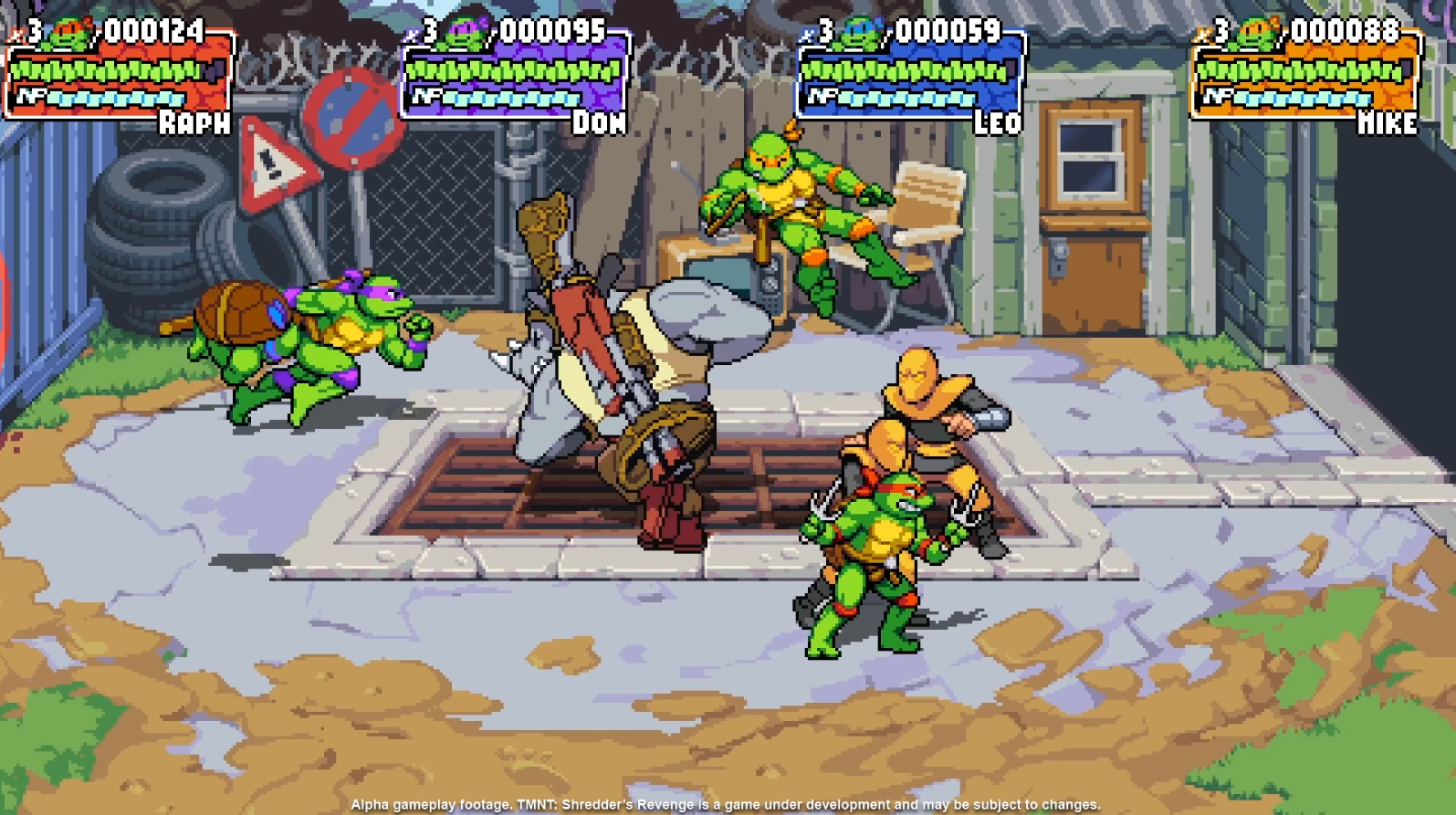 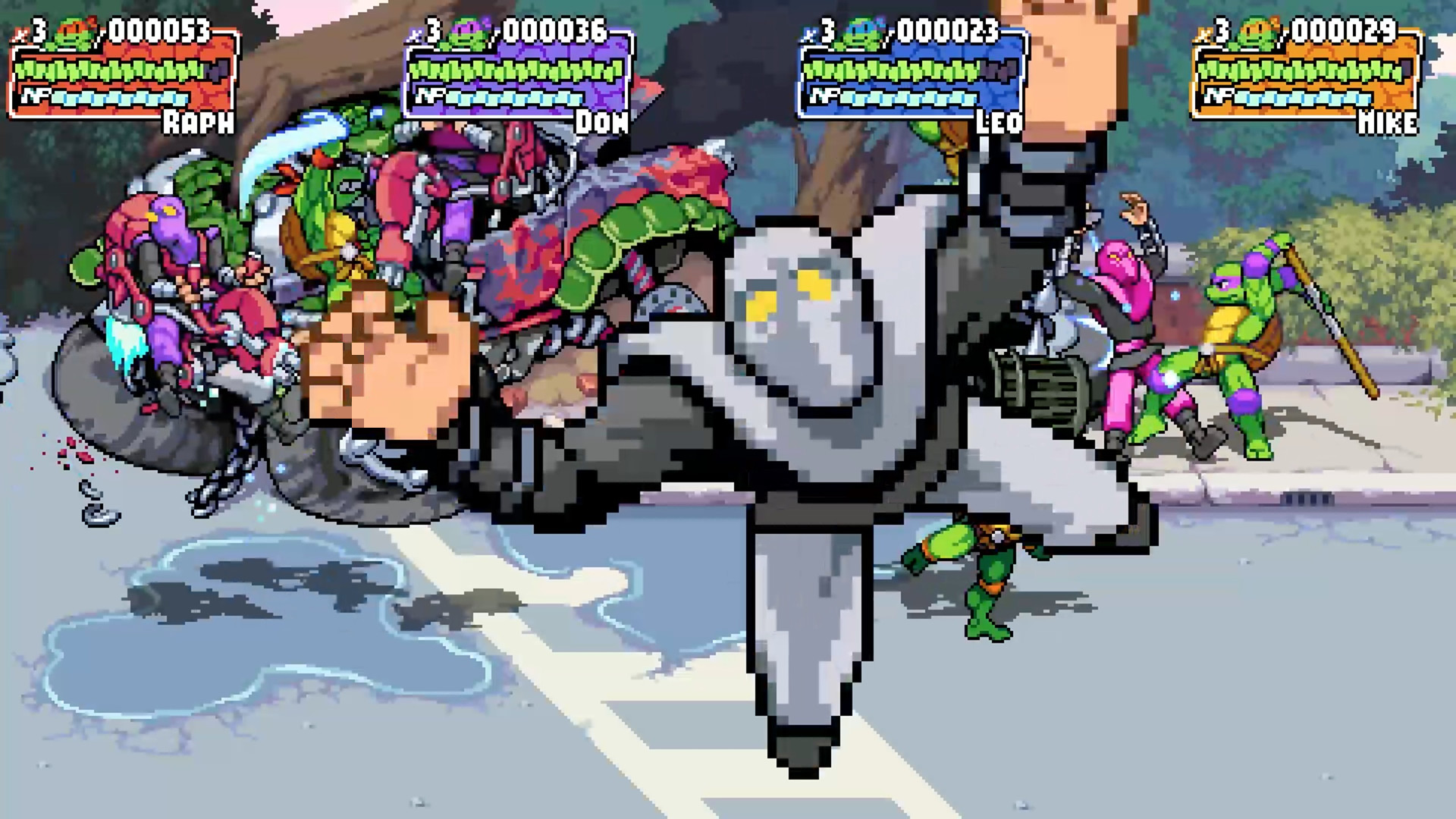 The official description is below:

Teenage Mutant Ninja Turtles: Shredderâ€™s Revenge features groundbreaking gameplay rooted in timeless classic brawling mechanics, brought to you by the beat â€™em up experts at Dotemu (Streets of Rage 4) and Tribute Games. Bash your way through gorgeous pixel art environments and slay tons of hellacious enemies with your favorite Turtle, each with his own skills and moves â€“ making each run unique! Choose a fighter, use radical combos to defeat your opponents and experience intense combats loaded with breathtaking action and outrageous ninja abilities. Stay sharp as you face off against Shredder and his faithful Foot Clan alone, or grab your best buds and play with up to four players simultaneously!

Enjoy stunning full-color pixel art graphics and a vintage TMNT vibe that will rock you straight back to the awesome 80s. Every character, vehicle, weapon, item, and background is directly inspired by the 1987 TV show, making you feel like you hopped into the television â€” with a dope mix of killer humor and action-packed adventures!

Netflix has unveiled the final trailer for Kingdom Season 2 ahead of its premiere later this week on 13 March 2020. The new trailer is more detailed a...

Samsung has released a new behind-the-scenes video which gives us a look at some of the testing procedures Samsung uses to ensure that the latest Gala...