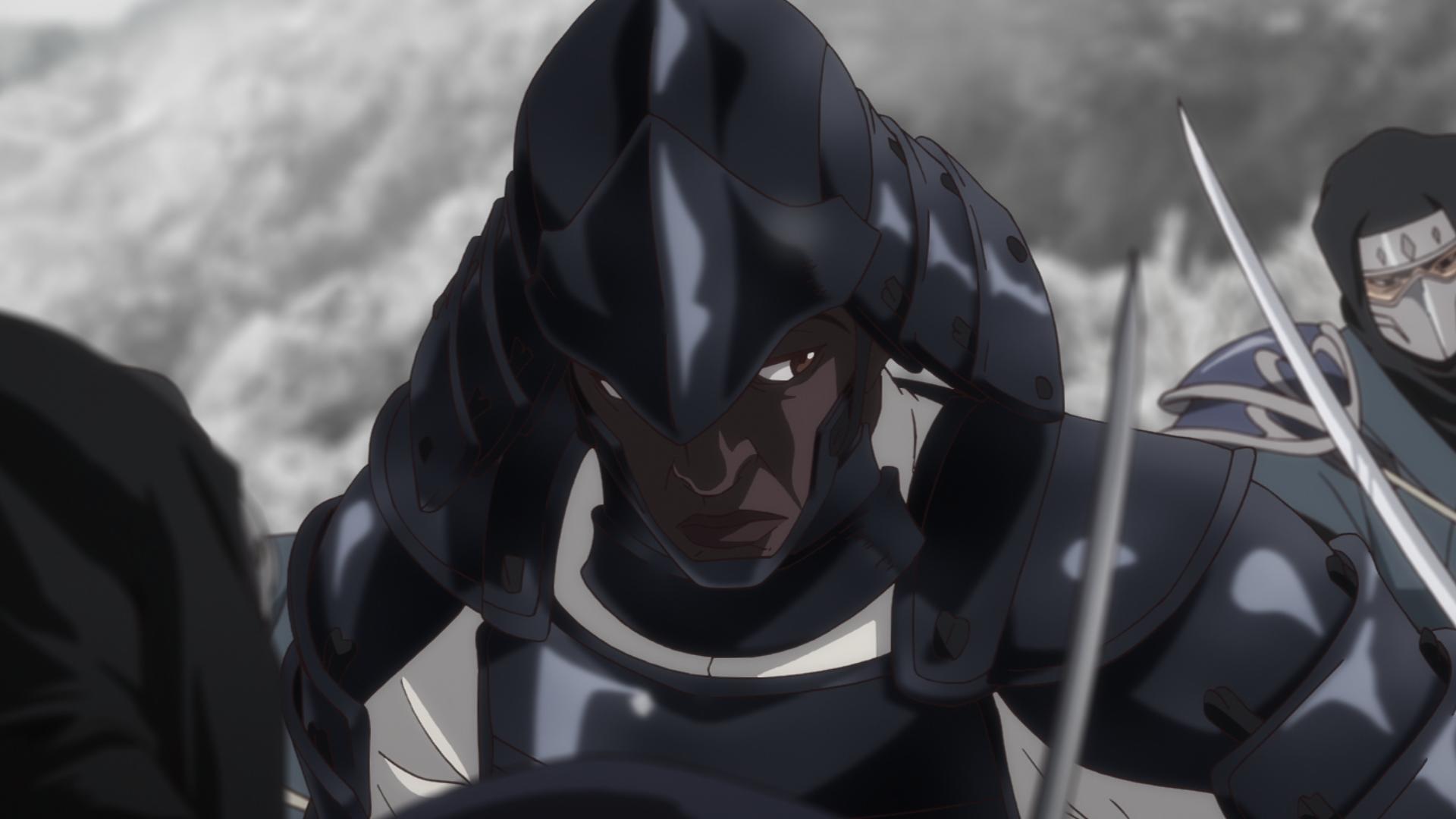 Netflix has revealed the release date for Yasuke, an anime based on the Black (African) samurai who served under Oda Nobunaga. The streaming service originally the Yasuke anime back in 2018 and now it finally has a release date of 29 April 2021.

In a war-torn feudal Japan filled with mechs and magic, the greatest ronin never known, Yasuke, struggles to maintain a peaceful existence after a past life of violence.

But when a local village becomes the center of social upheaval between warring daimyo, Yasuke must take up his sword and transport a mysterious child who is the target of dark forces and bloodthirsty warlords.

The Yasuke anime is produced and directed by LeSean Thomas (Cannon Busters) and animated by MAPPA (the studio behind Attack On Titan The Final Season and Jujutsu Kaisen). The anime’s character designs come from director and animator, Takeshi Koike (Lupin The Third The Woman Called Fujiko Mine)

Meanwhile, Yasuke will be voiced by LaKeith Stanfield (Sorry To Bother You, Judas And The Black Messiah) and Grammy Award-nominated artist, Flying Lotus, is composing the music for the anime.

Part of me deep down feels I was meant to create this adventure series with MAPPA, Flying Lotus, LaKeith & the rest of this talented team.

Yasuke is a fascinating, mysterious figure in Japanese history thatâ€™s drawn a growing interest in todayâ€™s media over the decades.

I first learned of Yasukeâ€™s role in Japanese history over a decade or so.

The childrenâ€™s book, Kuro-suke by Kurusu Yoshio, featured images that piqued my curiosity.

To eventually learn that he wasnâ€™t just a fictional character, but a real person, was exciting material for an adventure story.”

While there’s no trailer as of yet, check out these first-look screenshots from the upcoming anime:

Netflix Unveils Interactive Map To Clear Up The Witcher Timeline

Ghost of Tsushima Out Spring 2020