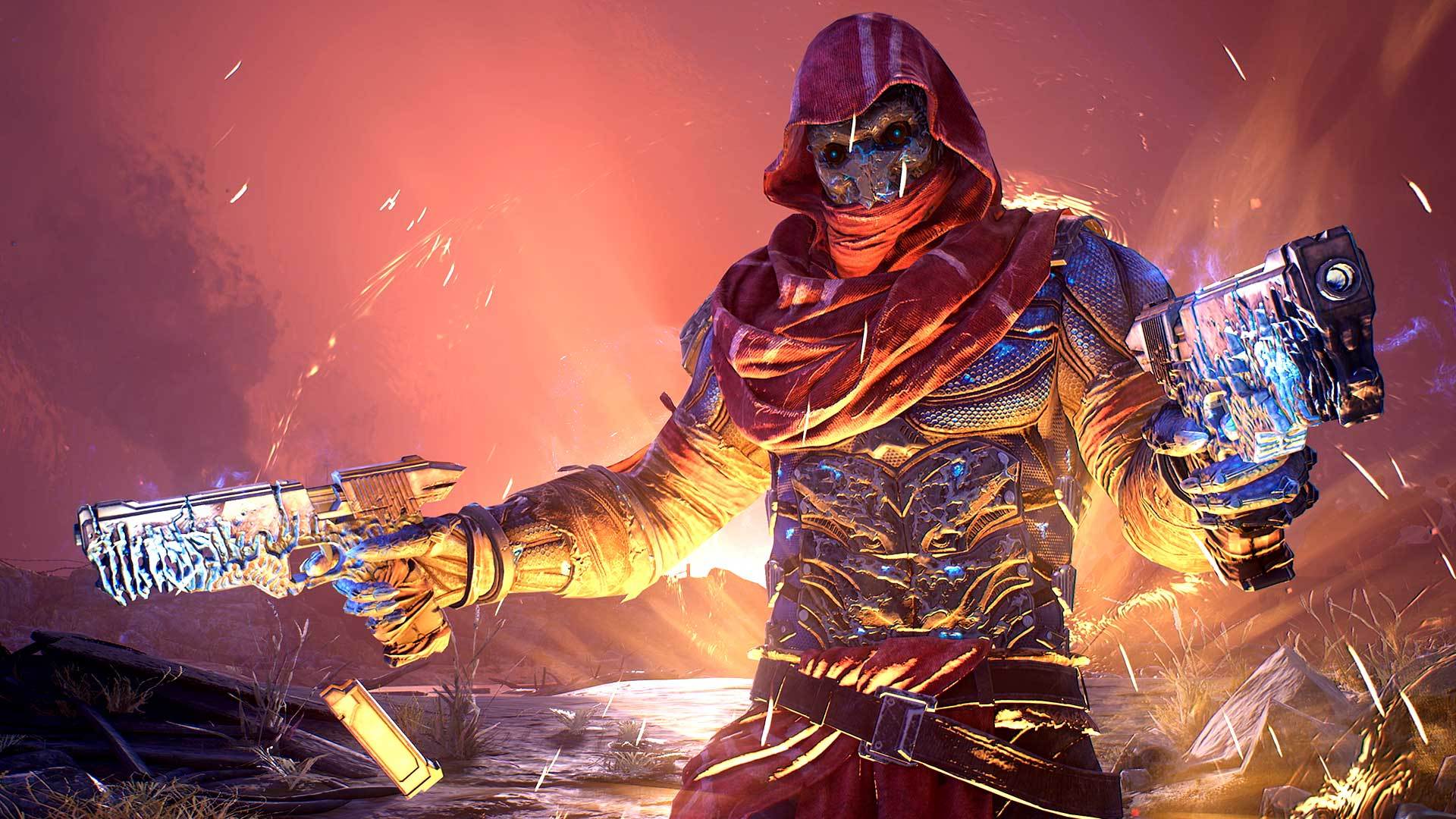 People Can Fly sure know how to make shooters. From classic series Painkiller to the memorable arcade shooter nonsense that is Bulletstorm, the developers know their way around a digital gun. Guns that feel good to fire, movement from a first-person perspective, arena shooter areas with destructible objects and whatnot to party around with; that’s what you remember out of a shooter from these guys.

Which is why it’s a tad baffling that the developer is doing an online action RPG akin to Destiny, The Division, and all other similar live services games out there. Its upcoming title, Outriders, is exactly that: you stay online as you go through the motions of a corridor shooter, killing bad guys with guns and teaming up with others to get better loot and upgrades. Think Bulletstorm, but with Diablo skills & passives. Or a friendlier Remnant: From The Ashes.

The kicker? The place you’re fighting in is a post-apocalyptic-like dumpster fire of a planet called Enoch, and the classes you pick gives you access to awesome powers. These include the ability to summon fire waves, create turrets that freezes enemies, and dispersing yourself into rocky bits so you can slam into anyone within range. The other caveat is that healing yourself in this third-person shooter RPG is done by killing enemies.

Different classes have different playstyles and ways to heal yourself to keep yourself alive. The Pyromancer needs to mark enemies with pyro skills (and melee); killing them will give you health. Technomancers can gain health from just continuously damaging enemies, but it’s done in bits and pieces instead of huge health chunks. The Devastator needs to get up-close to gain health from kills, while the Trickster gains health from Trickster kill skills like its cypher blade that adds a debuff in addition to gloriously slicing fools in half. Yes, the game’s combat feedback is satisfying.

My favourite bit is opening up a slowdown bubble, then shotgunning enemies in the vicinity just to see their body parts split apart slowly. Sure, the bubble is helpful in nullifying oncoming fire and damage for a short bit, but the polish and detail in making the skill look beautiful in its blaze of g(l)ory is proof that People Can Fly is putting its all into it.

The best part about all this is that each class is very distinct in its playstyle and method of approaching bad guys and even bosses. True, it’s still a team game and you need friends to effectively plough through stages, but there’s a bit of joy in figuring out your playstyle through solo play (like the bossing video below).

The End Of The Looter Shooter Painbow…

While the action and combat is great, the loot you get in the first Act? Not much to shout about. So far in my four classes playthrough, I’ve received assault rifles, shotguns, and auto sniper rifles that buff up the skills I’m using. Still, as a tease to what’s to come, it works.

My main issue with Outriders is mostly with the live games service as a whole: publishers are quick to attempt to cash in without knowing what or how these games work in the first place. Seems like most demos of loot-and-shoot games hook you in at the start, with players unaware of how the endgame will look like once they’ve plonked down triple-A game price to find out the hard way.

If the lessons of Anthem and its supposed expansion that’s already cancelled, as well as all of its roadmap plans already scrapped, is that publishers are already bungling the live game service model because they prioritize the business first instead of the game and whether it’s fun and engaging in the long-term.

Heck, even Square Enix is trying its best to make Marvel’s Avengers work, and already its future is in doubt thanks to the player base’s apathy. It would suck if Outriders fell into the same trap because the prospects of the folks behind Bulletstorm making a fun co-op shooter with funky powers is enticing and warrants future play.

It seems that People Can Fly are distancing themselves from the “games as a service” moniker, and is billing Outriders as an action RPG that just happens to have loot you can get and farm like its isometric contemporaries. All I can say is that I’m seeing a lot of that in the demo, but I do hope the message gets across before its 1st April release week hits.

All You Need To Know About The Last Of Us Part 2: Release Date, Editions & More [Update]