Malaysia and Indonesia’s gaming scene will be in the spotlight yet again in 2021, but not because of its awesome indie games. This time around, it’s because of its alleged crunch practices for the sake of churning out art assets for triple-A games.

According to a former senior Lemon Sky employee’s testimonial, a company like Lemon Sky can only be appealing to a triple-A game-making client, they have to say that they have 100 or 150 people, as well as “do this much in this much time”.

“That gets you in the door and after that, you negotiate a price point. Oftentimes, the artist’s scheduling is the part that ends up getting squeezed. Sometimes it doesn’t sound like a lot, but 5% suddenly becomes two weeks of really late work. But on paper, it’s 5% to get that Blizzard job and are you not going to take it?”

Of course, if they take the high road and prioritize their employee’s well-being, the triple-A client will take its business elsewhere to another animation/game asset-making studio in the region that would take up on their offer. The sad part is that due to the triple-A company’s clout, people would like that accolade to be associated with the brand and name, thus they take the gig and finish it no matter what.

Former & current Lemon Sky employees and senior members in the art department have laid out their testimonies regarding working hours in the company, which is basically crunch forced onto the studio by overseas game studios due to meeting tight deadlines.

“Typically, the normal working hours are 8 hours a day, but frankly speaking, I’d be very lucky if I could go back and rest on time.”

“If the project isn’t going smoothly, on the weekend you have to come back to catch up. During weekdays, you also have to OT until midnight sometimes.”

“Everyone was so stressed out, I had a friend who cried at work, in the bathroom too, because she couldn’t handle it.”

“I frequently worked for 12+ hours, usually until 3 or 4 in the morning and I also still need to go back to work on the weekends for many times.”

For all the substantial amount of OT put in by the workers, the company only official asked its employees to do OT once. Lemon Sky higher-ups allegedly used passive-aggressive methods to coax its artists & workers to put in OT without actually officially doing it beyond the one time, possibly to escape paying them extra. Essentially, crunch is mandatory and an unspoken edict.

“[T]he company never asked for it. Therefore, they do not have to pay for our OT. But we weren’t given enough time to complete our task. If we work overtime, it’s only because we are “slow” and need to “catch up”. It’s always our fault that we couldn’t complete it on time. That’s how Lemon Sky put it.”

Lemon Sky Studios is known for creating high-level assets for triple-A titles such as Marvel’s Spider-Man: Miles Morales, Marvel’s Avengers, The Last of Us Part 2, and WarCraft III: Reforged. 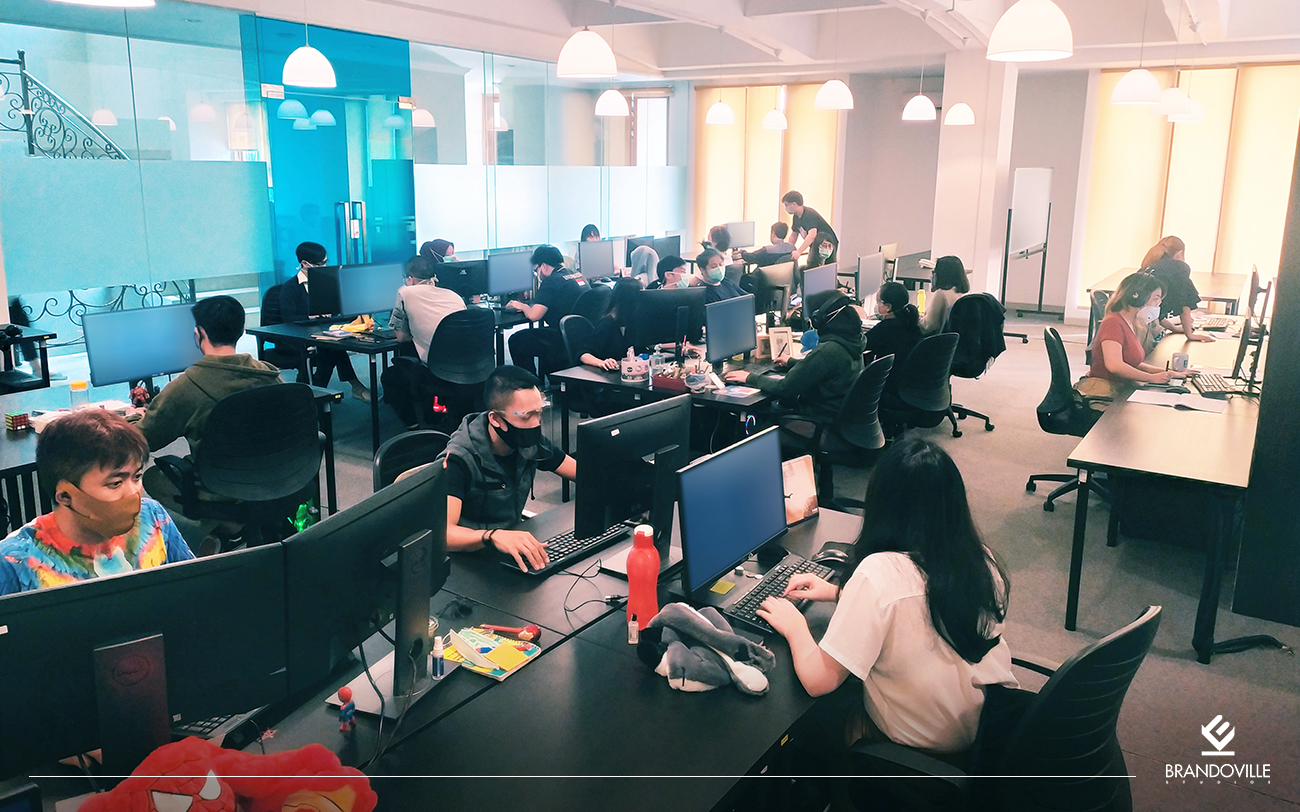 Things are just as grim, as Brandoville Studio has Glassdoor reviews stating that working in the company “will take the joy out of making art”. Testimonials from current and former employees of the studio said roughly the same things: unpaid OT, long hours every single day, and a culture where artists who OT without question are favoured.

“I would work everyday until like 3am during my first few months and when I say everyday, that’s including weekends.”

“You have to do it or leave. I worked OT almost everyday, between 10 and 30 hours per week.”

“If you OT a lot and never complain, that’s what the company likes.”

The video even mentions an incident where Brandoville CEO Ken Lai told two employees that they can take the next Monday off since they had to come in to work on a public holiday on a Friday. The following morning, the pair received a long message from one of the company’s higher-ups who happens to be the CEO’s wife, which basically asks them to reject the holiday offer while guilt-tripping the two by bringing up their other colleagues who didn’t ask for replacement day-offs.

Brandoville Studios is known for formerly being a Lemon Sky Studios offshoot before branching out to be an independent studio. Currently, they’re working on an unannounced Naughty Dog project.

Kakuchopurei has reached out to both Lemon Sky Studios and Brandoville Studios for comments regarding these allegations. So far, Lemon Sky has responded with the following official statement, which says that the allegations regarding unpaid OT are “factually and legally inaccurate”.

“We abide by all Malaysian employment laws pertaining to work hours, and the contractual terms and conditions of employment with our employees. The allegations made against Lemon Sky Studios regarding overtime payments are factually and legally inaccurate. This position applies to all employees of Lemon Sky Studios (including former employees).

We value the efforts of our employees and take employee wellbeing and mental health very seriously. In addition to conducting an ethical business and adhering to the standard industry practices, we have gone above and beyond to create an open and holistic environment where our employees have access to recreational opportunities and a space in which their mental health is given priority.

As in any situation where allegations are made, management will take appropriate measures in response. This will include a process for obtaining feedback from ALL of our employees regarding their individual concerns.

We remain steadfast in our pursuit to Make Good Art and we will continue to do so as we grow and improve.”

Check out the full video below:

News
Gamecom 2019: Alienware's Latest Desktops Are Looking Out Of This World

Gaming computer and peripherals maker Alienware has unveiled its latest and most powerful desktop yet at Gamescom 2019. The new Aurora R9 desktop spor...

It's been a while since we've had a dodgeball brawl kinda sports game since, well, Super Dodge Ball for the SNES. But it's 2021; we now have one in th...

Acquire's next big JRPG is coming off from its Class of Heroes franchise. Its new title is called Adventure Academia: The Fractured Continent and i...