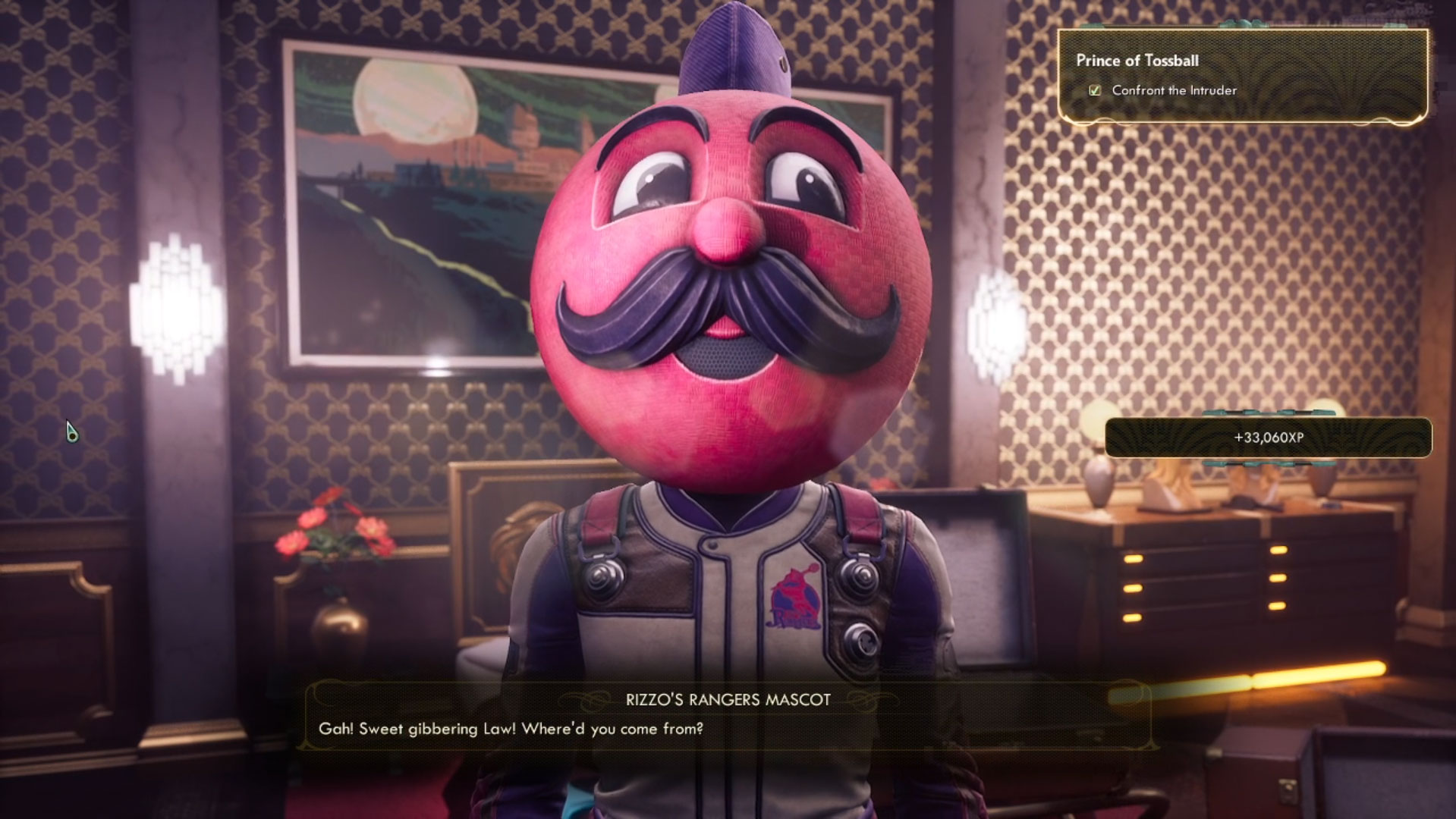 Fancy a ’40s mystery serial that plays out in a dystopian space future? You’ll probably enjoy The Outer Worlds: Murder on Eridanos DLC.

In Obsidian Entertainment’s latest addition to its sci-fi RPG, you and your crew of the Unreliable take on a murder mystery job in the colourful and seemingly-bright planet of Eridanos, home of the interplanetary drinks-churning corporation called Rizzo’s. From here, you gain access to the DLC-specific Discrepancy Amplifier tool that searches for clues for said murder mystery, from footprints to potential evidence in compromised areas.

You’ll also be treated to a gorgeous landscape filled with the same kind of bad guys you fought in the main game. Eridanos’ industrial areas, orchard, and wildlife preservation areas are a stark contrast to the dark-yet-mystique-filled areas in the base game and even the last desolate DLC Peril on Gorgon. This new DLC is a huge step up visual-wise.

However, you’re still going through the same kind of motion: talk your way out of things, then shoot anyone and anything in your way. This is apparent when you’re at level 30 and you don’t mind taking an enemy’s weapon for yourself. The new science weapons and character customizations are unique but aren’t anything to shout about; the Needler gun you get is a good companion gun that debuffs enemies but you need to switch to a different weapon to kill bad guys afterwards.

In fact, the new enemies you fight here are just “coked-up” melee soldiers and parasitic slugs that shoot out AoE pink mists. Every other foe is just a higher-level version of what you’ve fought in The Outer Worlds: canids, insect swarms, soldiers with guns. If you’ve gone through the base game from level 1 to 30, it’s nothing you can’t handle. Even the final boss, while unique-looking, can be downed pretty quickly if you at least have one weapon skill up to a 100, or if your two party members are well-equipped. You may want to bump up the difficulty if you want a better combat challenge here.

Still, it’s the game’s story and plot thread that keeps you going in Eridanos. There’s a lot of intrigue in the story to the point where you want to see it from start to finish. The clash between Rizzo’s and Sublight Underground security is interesting enough to warrant sidequest time for, if only to either help or hinder the group to see what happens. The eclectic folks on this fancy rock are as colourful as the planet’s starscape, from the obviously-slimy-from-the-start Ludovico to the wine robot who runs the constable station. There’s even a Prophet of Productivity retreat that involves lashings and dubious substances that somehow ties in with the murder mystery.

Long story short: the latest Outer Worlds DLC is worth the 6 hours just for its premise, its colourful location, and the payoff for both sides of the story. Though lord knows why anyone would want to take the second option in the climax beyond seeing what unfolds. Having said that, the gameplay additions aren’t anything worth shouting about and don’t seem to elevate the game beyond side content material.

Only the hardcore and diehard fans need only apply; at least the Expansion Pass the DLC is from is a twofer deal that only costs you RM75.