As if the original Assassin’s Creed: Valhalla isn’t massive enough, along comes the game’s first DLC to make it a few more levels of “giant-sized”. The Wrath of the Druids DLC adds more of what fans love about last year’s AC game, but at least it has a bunch of new additions to justify its existence. 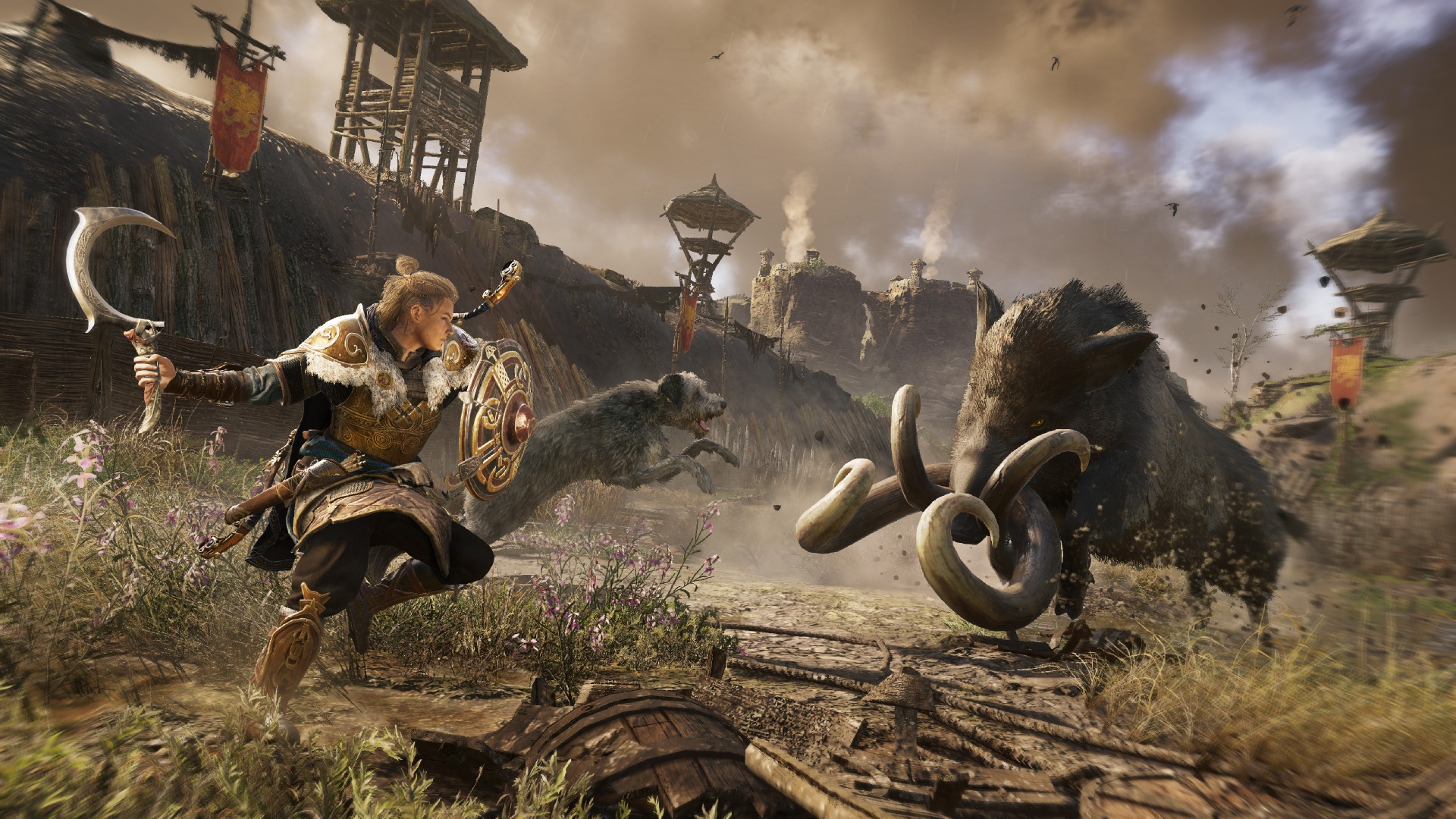 Assassin’s Creed: Valhalla – Wrath of the Druids features a brand new continent to explore: Ireland. Eivor has a cousin who needs help ruling a part of Ireland and forges alliances with the country’s High King Flann Sinna, as well as obstruct the machinations of the rogue druid cult Children of Danu. Thankfully you don’t have to grind so much to access the DLC; as long as you finish the first narrative arc when you reach England – either Grantebridgescire or Ledecestrescire- then you can continue your merry way to Ireland.

The narrative explores the conflict between Christian and Pagan worshippers, and its heroes’ thought process on balancing the two factions while maintaining peace in Ireland. It’s a pretty gripping tale with a few new characters that help keep the story colourful and lively, balanced out with some drama and tragedy. The stellar Irish accents and voice acting help immensely with the immersion; I’m personally a fan of the High King’s bard Ciara and her calm voice and dulcet tone.

True to Ubisoft open-world fashion, the DLC also makes Eivor become Ireland’s foreign gopher boy: he/she will be tasked to doing side missions given to you in pigeon coops, as well as liberate a number of trade outposts all across the land from rogue vikings, Irish bandits, and druids. The pigeon coop side missions net you extra rewards if you accomplish the additional bonus objectives like limiting your kill count to a set number, to entering and escaping the assassination mission undetected. It’s a pretty fun challenge if you’re looking to test your stealth skills, or if you are the type who will not back down from being a true assassin.

The DLC’s new trading posts let you unlock armors and cosmetics if you open them up throughout the countryside. Each of them produces a unique resource that will be transported to Dublin; this is all done via in-game clock waiting. So while the resources get amassed like some mobile game gatekeeping mechanic, Eivor can just do the rest of the game’s story and side Raids. Yeah, you still need to raid monasteries to get trading goods to upgrade trading posts. There’s no actual bartering involved; you just find a post, spend resources to upgrade them, and then hand the unique goods over to new DLC character Azar in exchange for rewards. It’s basically more busywork that’s simplified; par on course for these types of games.

At the very least, Ireland is recreated beautifully with its many velvety green dales and mountains. My only experience with Ireland is through travel photos and Google Maps, but I can appreciate how Ubisoft’s art team create a digital 9th-century pagan and church-filled historical Greenland. It’s gorgeous, put it simply. 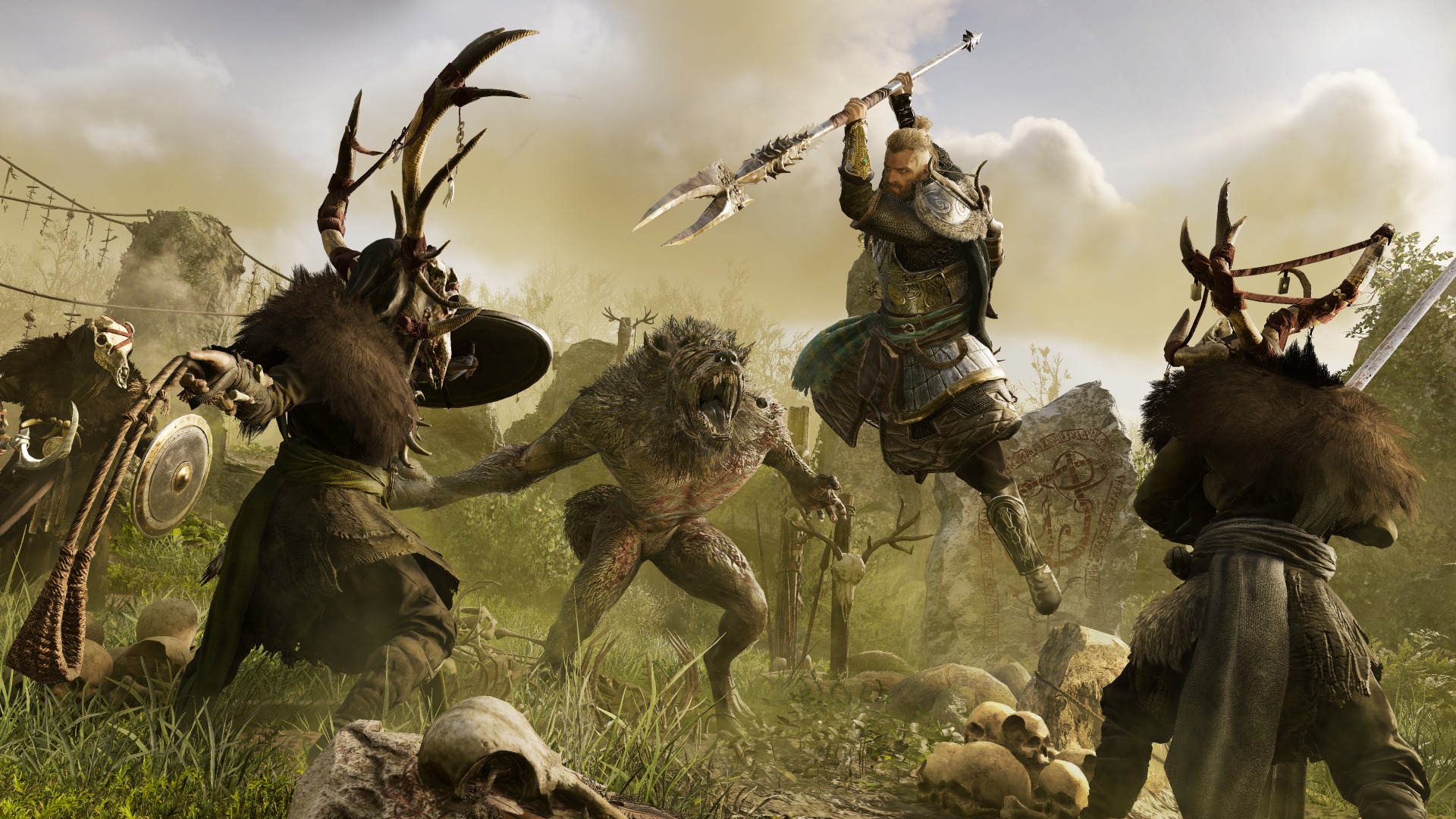 What’s also fun are the new enemy types and the “toxic fog” you fight in. The rogue druids in the game all love to attack you with hit-and-run tactics, and even resort to luring you to the fog. This actually drains Eivor’s health while also powering up druids to superhuman levels. Suddenly, these scraggly folks can teleport, explode in your face, and even turn into werewolves.

Historical accuracy be damned; I had fun dealing with these new enemy types and look forward to ways to be challenged. Even with my Eivor being able to wield two two-handed weapons and has sick combat moves, I had to use most of my arsenal and skill (like summoning an Irish wardog, shooting smoke arrows, or using an old-fashioned headbutt) to make it past the harder combat difficulties against these fanatics.

True, the DLC just adds more to an already-set formula, but there’s nothing particularly wrong with that. If you’re not a fan of the AC games, Assassin’s Creed: Valhalla – Wrath of the DruidsÂ is not enough to change your mind. Its plot isn’t groundbreaking enough to justify enduring open-world action-adventure checklist questing.

On the other hand, if you need more hours in AC tomfoolery and need an update in locales & combat, get your sickles and mistletoes ready for this pilgrimage.

Tom Clancyâ€™s Rainbow Six Siege will be available to play for free from tomorrow on 11 June to 15 June 2020, depending on the platform. Those in...

News
Your Favourite Ubisoft Heroes Are Getting Their Own Chibi Figurines

Ubisoft has announced Ubisoft Heroes; a brand-new set of chibi figurines inspired by famous heroes from Ubisoft titles like the Assassin's Creed and F...

Malaysia-based CGI art and animation studio Lemon Sky Studios have announced that they contributed to the development of Marvel's Avengers by Square ...