Genshin Impact’s Eula is now available in the game’s new gacha banner, meaning she’s up for grabs if you have Primogems to spare.

If you do: congratulations! Here’s a guide to maximizing her potential in your party.

Eula In A Nutshell 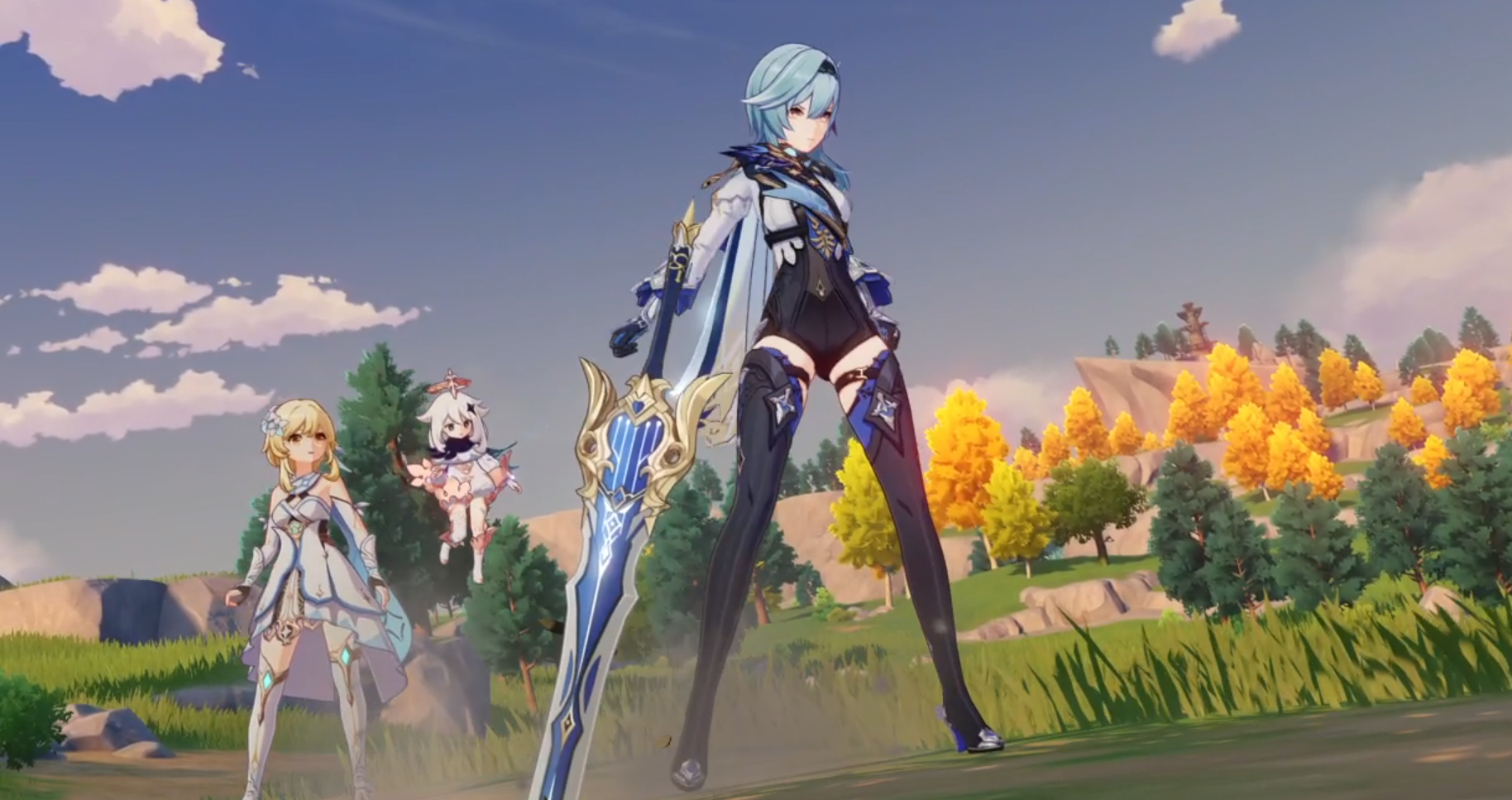 Eula has surprisingly fast attacks for a Claymore user and a pretty awesome buff-heavy number of Elemental skills. When she performs an Elemental Burst, she gains a temporary pet companion, the Lightfall Sword, that explodes in a burst of damage after 7 seconds.

During these 7 seconds, you need to deal as much damage as Eula as possible to give the sword additional stacks so that the subsequent explosion deals bigger damage. Just use Eula’s regular attacks on enemies and you should be fine.Â She also gains resistance against interruption whenever she triggers her Skill and Burst, which is pretty useful if you want to deal damage unimpeded. Just be mindful of her health since she still takes damage.

This rotation is more useful once Eula is past level 70. To make the most of Eula’s moves, pair her up with Pyro and Hydro characters to get the Melt and Freeze triggers, which can help in getting enemies close to Eula’s giant-ass sword swipes.

Normal Attack: Favonius Bladework – Her attacks are faster than most claymore users, giving her a slight edge.

You may want to focus all your talent-leveling materials on her Elemental Burst over everything else, since it’s her strongest move in her kit.

Constellations, In Case You Lucked Out Getting Multiple Eula Copies

If you’re thinking of rolling multiple Eulas, just keep in mind that it will be an incredibly expensive procedure. For a rough idea of your chances, go watch this video.

Being a Monstadt region hero, she will need a lot of Dandelion Seeds to max her level. She’s also a Cryo-based heroine, so she’ll need Shivada Jade stones and Crystalline Blooms; the latter materials can only be found on the game’s new Cryo Hypostasis enemies.

Here’s a nifty Dandelion Seeds farming guide from Syrx, in case you need 53 of them in one run.

The Best Weapons & Artifacts For Eula

Eula uses Claymores, so she hits like a beast but has slow startups in her swings. We suggest the following swords for her:

Eula’s DPS skills are top-notch, so it makes sense to give her artifacts that amplify her regular damage-dealing options.

Ideal rolls for artifact stats include ATK and Physical damage boosts, as well as critical rate.

Eula’s story quest requires only one story key to unlock. You can get story keys by completing daily quests.

The final three matches of Stage 1, Week 1 of the Overwatch League inaugural season were displays of Korean dominance as all-Korean squads; London Spi...

Feature,Interviews,News
We Talk To She-Hulk Actor Jon Bass About Which Supervillain Todd Phelps Would Want To Work With

She-Hulk Attorney At Law Season 1 is now streaming on Disney+ Hotstar Malaysia. Courtesy of Disney+ Hotstar, we were given the opportunity to inter...