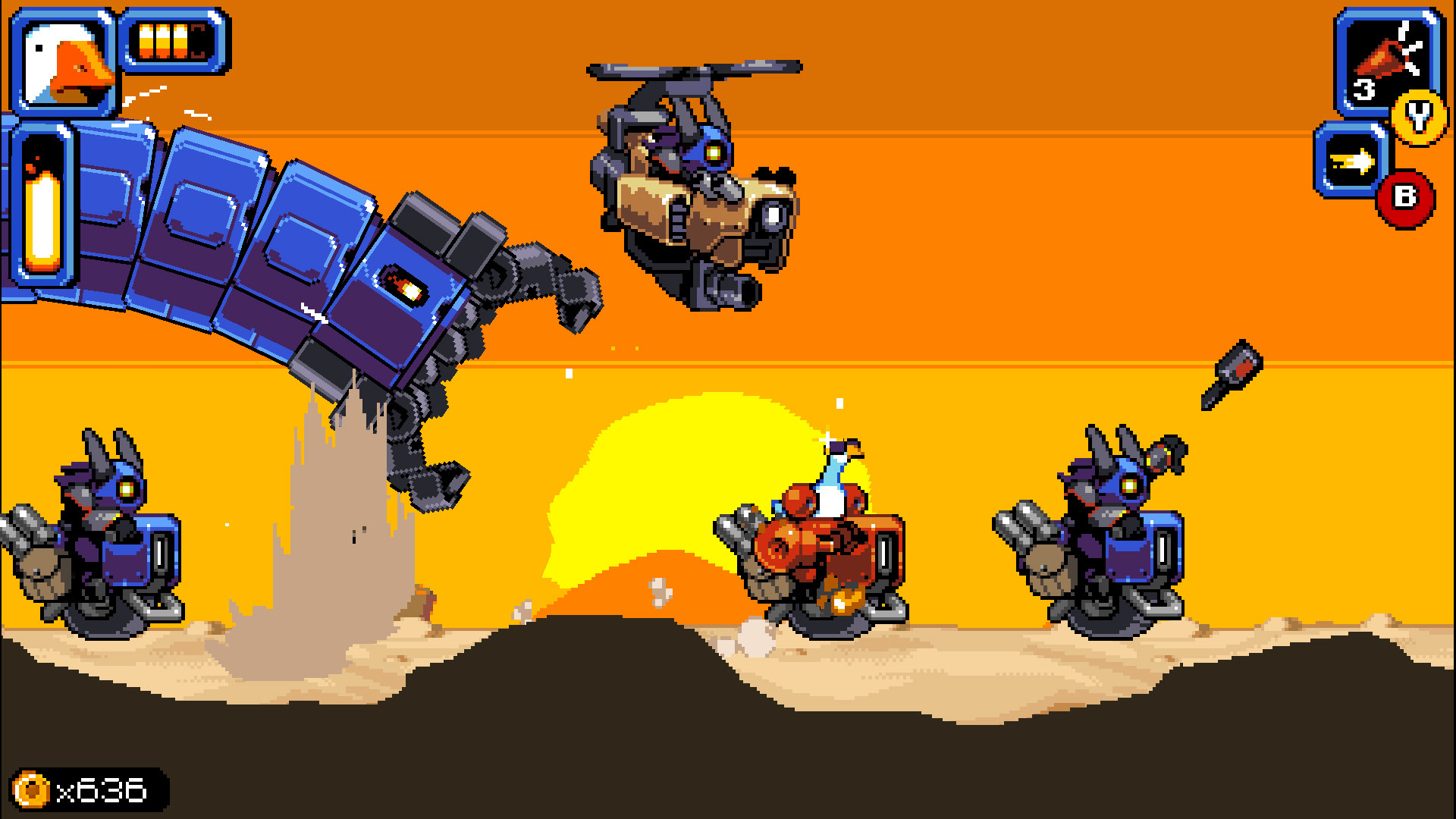 I do love me some Metal Slug action; the thrill of just casually running left to right mowing down not-Nazis, zombies, and aliens using Heavy Machine Guns and tanks called Metal Slugs just tickles my fancy so much. Which is why I’m happy to get a taste of the obvious SNK shooter tribute Mighty Goose.

Published by Playism and made by Blastmode and MP2 Games, Mighty Goose is a colourful 2D run-and-gun shoot-em-up where you play a gun-totting goose who has to fight an alien army. He’s not alone; he can get assistance from an AI partner ranging from a mallard to a pig that occasionally gives you heavy machine gun ammo.

Just like its obvious inspiration, you can wield a rapid-fire machine gun, a shotgun, and a rocket launcher. It comes with limited ammo, but the damage & destruction more than makes up for it. You can see the first 15 minutes of the game below where we go nuts and died at least once just doing so. This game isn’t easy, but at least you have hit points and a dodge button for protection & evasion.

Mighty Goose will be out on 4th June for PC (Steam), Nintendo Switch, PS4, and Xbox One. Stay tuned for our full review.