Nanotale: Typing Chronicles Tries To Be Unique, But Comes Off As A Tryhard

If you miss games like Typing of the Dead and need a PC title that’s a tad longer in the tooth, you may want to check out Nanotale: Typing Chronicles. Instead of a guy with a gun escaping a haunted house, you play a female wizard named Rosalind who wants to explore the world and uses spells to defend herself.

Nanotale: Typing Chronicles has the same basic gameplay premise as that Sega gem: instead of using basic actions to attack, you type out words hovering on an enemy to damage them with your spells. You can also interact with objects in the world using your typing: spelling out a word on a water-filled plant will make it burst out water to douse nearby fires or make nearby foliage grow, which means the better to hide in and remain undetected from enemies. Yes, there are bits where you need to be stealthy while casting spells away unharmed.

You can also gain new spells for your book and “power words” that let you amplify effects or do additional effects with objects and enemies on-screen. For instance, you can use a push ray on a plant to push away obstacles. You can also cast a burning spell to set plants and other flammable obstacles on fire. As you progress further, you’ll get more and more spells to help solve puzzles easier and even uncover more nuggets about the game’s world. The latter gives you experience to level up Rosalind and her bookish arsenal, meaning more power.

What’s also appreciated is that while Rosalind is rather slow at moving -she’s a bookworm wizard, don’t forget- the game does give you the option to ride on your spirit animal and fox companion to sprint herself out of danger. Either that, or just go to places faster. At its core, the typing and leveling up RPGing action is enjoyable. 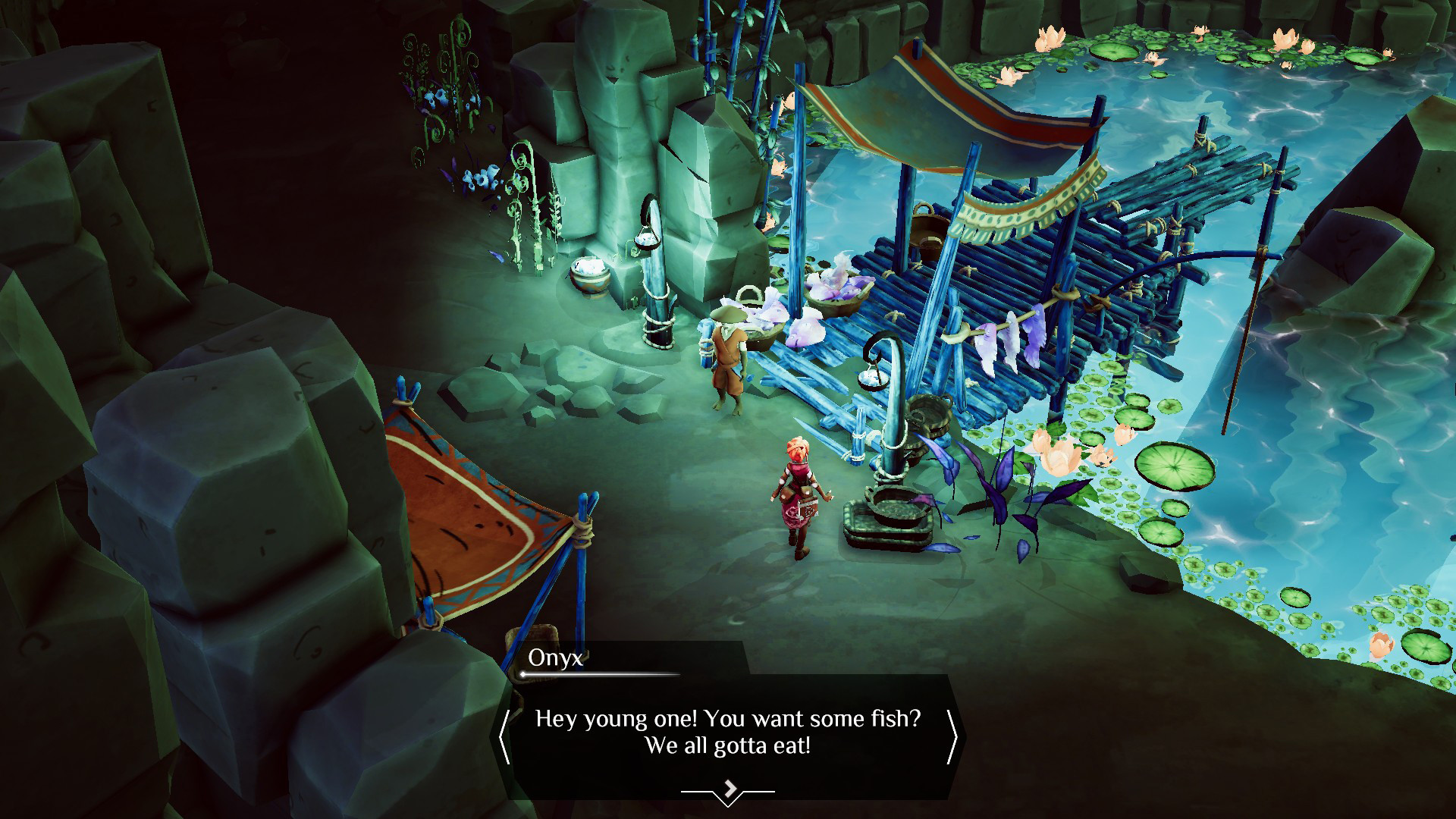 It’s a shame that the game’s aesthetics can get monotonous, particularly when dealing with NPCs and the multitude of enemies who all look the same. The title’s map feature can also be cumbersome to navigate too, to the point where finding your own way can be more of a challenge than it needs to be. Basically, the bits in-between the hardcore typing action is just unnecessary padding.

The plot itself is rather interesting, as it feels more like a personal journey for Rosalind and her spirit pet fox than anything else. It may not be for everyone though, especially with some spotty voice acting, but it did keep me going for a few more hours just to see what new worlds she gets to explore and what new flora and fauna she can uncover.

And then the game has a few bugs in the way. I get that this is done by a small team, but some of its technical glitches are pretty jarring. Half the time, I need to restart the game because my main wizard turned invisible and can’t progress. Other times, some puzzle elements do not activate as intended, meaning another restart. At least the game uses a generous checkpoint system.

Nanotale: Typing Chronicles’ core gameplay is definitely enjoyable from the get-go. There’s an awesome feeling you get when you speed-type your way out of a gauntlet of enemies using pretty long words. However, the game’s UI and technical issues can break the immersion, from its progress-stopping bugs that require me to reload and replay a section to choppy framerates even using recommended PC specs.

With a bit more polish and tweaking, the game can stand out as this year’s remarkable RPG offering. For now, it has to settle being the first-ever type-savvy RPG that entertains for a bit before petering off.

Coffee Stain has announced that Goat Simulator 3 will launch for the PS5, Xbox Series X/S and PC via Epic Games Store on 17 November 2022. This fol...

Why break walls with hammers or explosives when you can just use your good old fists? Rainbow Six Siege's upcoming Operation Void Edge will kick of...

With each Football Manager iteration, players are introduced with brand new managing concepts and tools which adds layers upon layers to the complexit...