This D&D Game Should Have Stayed In The Dungeon

We’re fortunate to live in an era where the tabletop game Dungeons & Dragons is accepted as a mainstream recreation within pop culture. You can’t turn away from the corner of the internet without some of your pals Instagramming their D&D live RPG sessions or talking about that one guild with popular voice actors acting out their D&D campaigns.

All this is in spite of Dungeons & Dragons: Dark Alliance existing. Though if many people were to get their first impressions of the brand through this 4-player co-op action game, the brand would be doomed. Why is that? Simple: it takes one part of an actual D&D campaign -the combat- and just wears its welcome while making a lot of its supposedly simple mechanics hard to play through.

Basically, Tuque Games & Wizards of the Coast are dungeon masters with the best of intentions but botches the entire campaign with rookie mistakes. 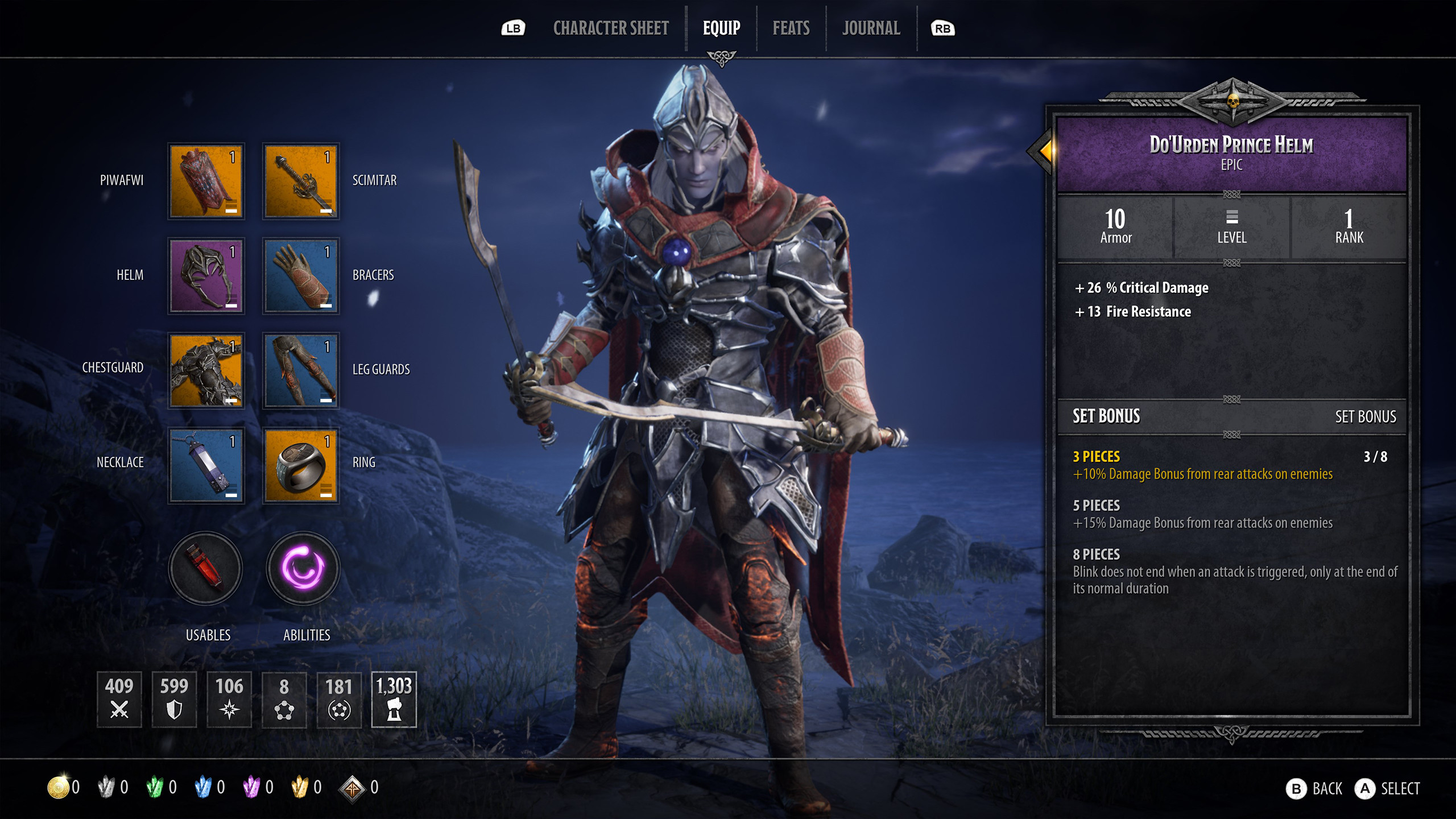 The plot involves famous Forgotten Realms heroes Drizzt Do’Urden, Catti-brie, Wulfgar, and Bruenor Battlehammer as they band up to defeat the evils and hordes that are running amuck through Icewind Dale. There’s a bit of plot and cutscenes here, but it all serves to transition to your dungeons and boss fights. There’s really nothing eye-popping here.

So all we have is the potentially awesome co-op looting action RPGing, right? Well, you can’t really call it much of an RPG since you can’t customize each of your heroes to a detailed degree like in a Borderlands title. You can unlock your chosen character’s skills, extra feats, and equipment, but that’s about it.

All action games live and die by their controls and archetype. D&D Dark Alliance handles these elements atrociously. All your characters feel and play sluggishly, and most of their attacks have windup times, even the quickest ones. Your character selection includes fast damage dealer (Drizzt), support archer (Catti-Brie), mid-ranged damage dealer (Wulfgar), and tank (Bruenor Battlehammer). While some characters like Drizzt and Wulfgar will do fine in both solo and co-op, the other two are at a disadvantage damage-wise if you’re attempting this game on your own. We’ll get to the “balancing” of the foes in a couple more paragraphs, because it’s a doozy.

Worst of all, the stamina system that controls your attacks and flow seem to hinder characters like Catti-Brie. See, your character’s max stamina gradually depletes if you keep attacking and using special skills, forcing you to replenish it with stamina potions or resting in camps. There’s also a bit of a reward buff you can get if you skip your rests, but at the cost of lower health and stamina.

While an interesting mechanic, it hinders some characters. You can’t spam arrow shots with Catti-Brie unless your stamina drains (which then lowers your max stamina), which leaves you in a short recovery state 90% of the time when you’re fighting. On the opposite spectrum, Wulfgar and Drizzt can spam their attacks and their evades like no tomorrow with little consequence.

Worst, the camera lock-on system is a joke: it zooms too close and actually obscures your parallel vision, making the feature even more useless than a 3rd Edition Bard.

You’re better off just free-form fight your way out of trouble, hoping your attacks land and the last hits of your combo actually landing due to the game’s not-so-hot collision detection. 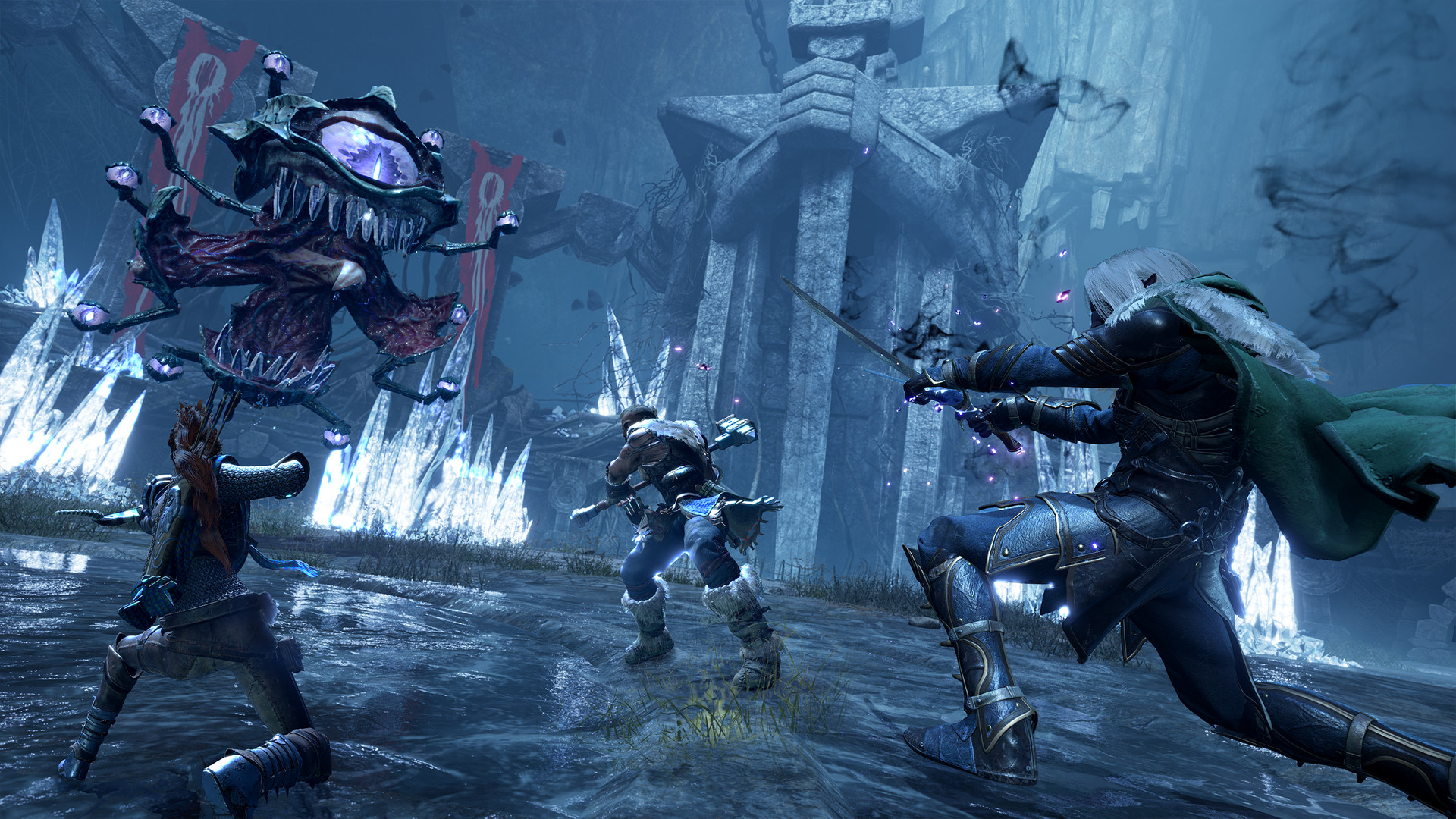 On top of all that, enemies in the game are poorly balanced and are tacked on with unpredictable AI. While the first 20 minutes and few stages show promise of a fun-filled brawler, all its cracks start to show as you head in deeper into the proverbial Underdark. For starters, there isn’t much enemy variety to deal with. Each arena fight just throws enemies in without rhyme or reason. In fact, the bosses are just upgraded versions of enemies you met a few corridors ago, just with bigger HP bars and an army.

Half the time they take about a few seconds to react to your characters. You can even stunlock all the bosses in the game using the same melee tactics you used on the enemies you met previously; I’m not sure how I did it even, since these are accidents that happen a couple of times.

On the flip side, most enemies can kill you with a couple of hits if you somehow bump up the challenge level to your recommended level. Half of them can even knock you down with their regular attacks without any sort of telegraph as a cheap way to curbstomp your expectation past the Nine Hells.

Sure, the game is a cakewalk on level 1, but bump it up a few notches and it starts to gang up on you. The fights and damage scaling here is treated like as if you’re playing co-op, even if you plan on going solo for the entire game. Did I also forget to mention that your combo-enders from your attack strings can sometimes completely miss and veer you off course from the enemy, making you prone to back attacks without any means to parry or dodge them?

Developers Tuque Games and publishers Wizards of the Coast clearly did not take this into account, and its gameplay and levels show.

If you somehow need to find enjoyment in this D&D experience without frustration, bring a few friends along. However, if there are teammates who want to play more than one Drizzt or dwarf tank guy, you’re s*** out of luck: each session requires you to play a different character Gauntlet-style.

Long story short, just traversing through Icewind Dale in dank corridors with small deviating pathways while experiencing the combat will grate on you. It just feels like you’re at a disadvantage when all you’re doing is going through different arenas for mob fights & boss battles. I’m not expecting every hack-and-slash game to be like a Devil May Cry or Bayonetta, but D&D Dark Alliance didn’t even achieve the bare minimum when it comes to making your slugfests entertaining and feel like you’re in power within the arena space. This game isn’t going to win anything in the traversal and level design department: whether you’re fighting in a dwarven kingdom or a cultist hideout, every space and corridor looks about the same in look, feel, and pathway.

Its previous namesake titles Baldur’s Gate: Dark Alliance did the whole hack-and-slash gameplay much better because of the hordes you deal with, the simple yet effective controls, and the power fantasy you get when levelling up and getting great gear. Nothing in this Dark Alliance makes me feel this.

If you feel the need to burn US$40 or less on a fantasy co-op experience that’s part brawler and part action, just play the Vermintide games instead. They’re a different perspective, but they emanate the same spirit and design philosophy as this D&D game, but infinitely better.

D&D: Dark Alliance is a case for people to hop on board to play the analog role-playing game it’s based on. This video game is so goddamn boring, infuriating, and repetitive, it’ll make you appreciate the intricacies of a live RPG session.

Think of this hack-and-slash as a newbie dungeon master who focuses on combat after seeing that cool roleplay bit from Critical Role and wants to recreate that, but doesn’t know the rules & know-how of what makes it fun in the first place. 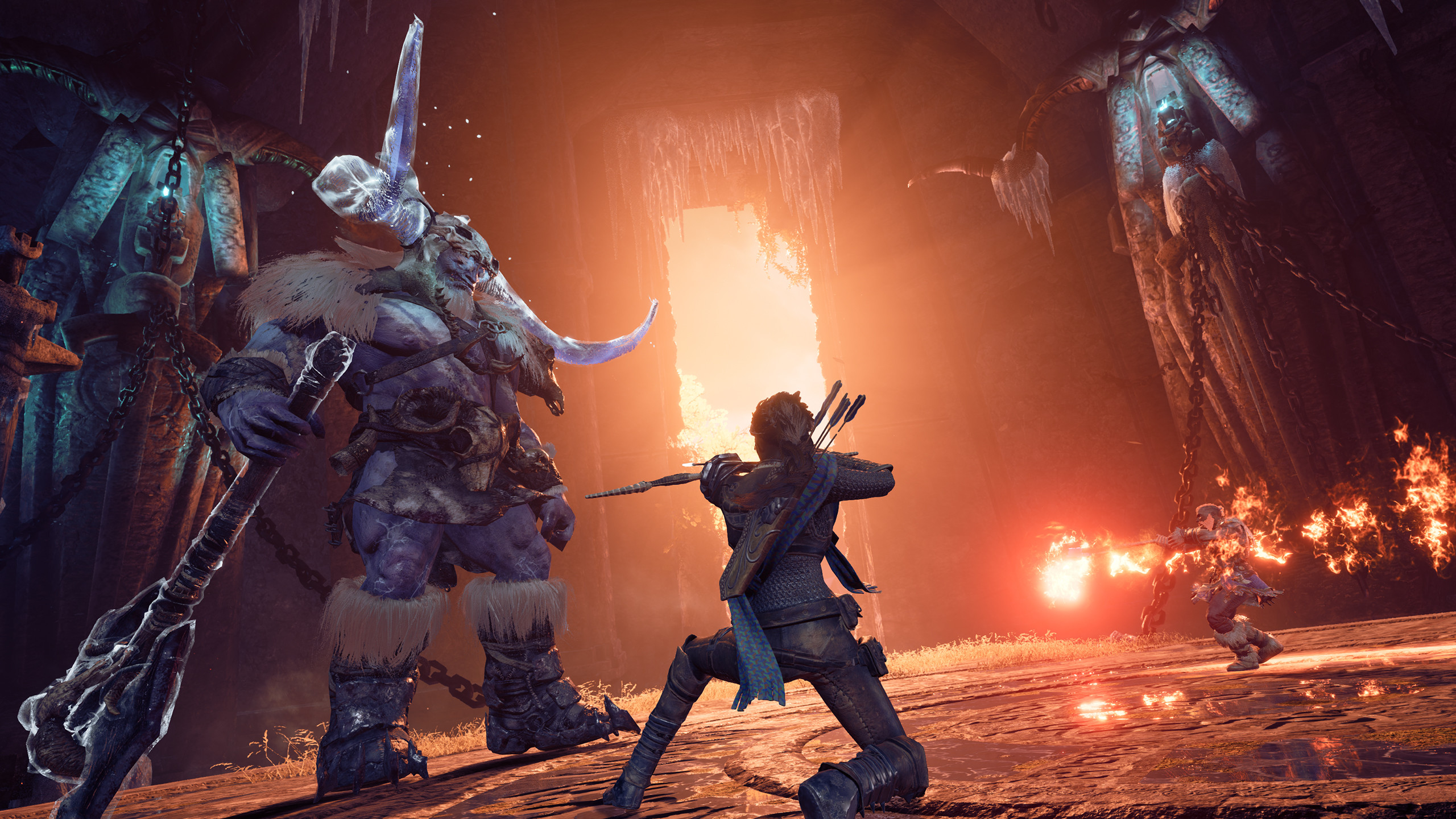 Feature
Vampire Survivors Guide: How To Last Longer Than 30 Minutes

Vampire Survivors is out now; it's clearly an homage to Konami's Castlevania but it's a top-down 2D action roguelike gameplay. You're dumped in an ope...

News
We Break Down The First-Ever Borderlands 3(?) Teaser [Update]

Can't wait for the next Borderlands game to satiate your loot-and-shoot action RPG cravings? Me neither; we brought it up time and again.Â About tim...

If the rumour is to be believed, Sony PlayStation's State of Play event will be filled with tons of huuuuuuuge top-tier gaming news that'll rock the g...