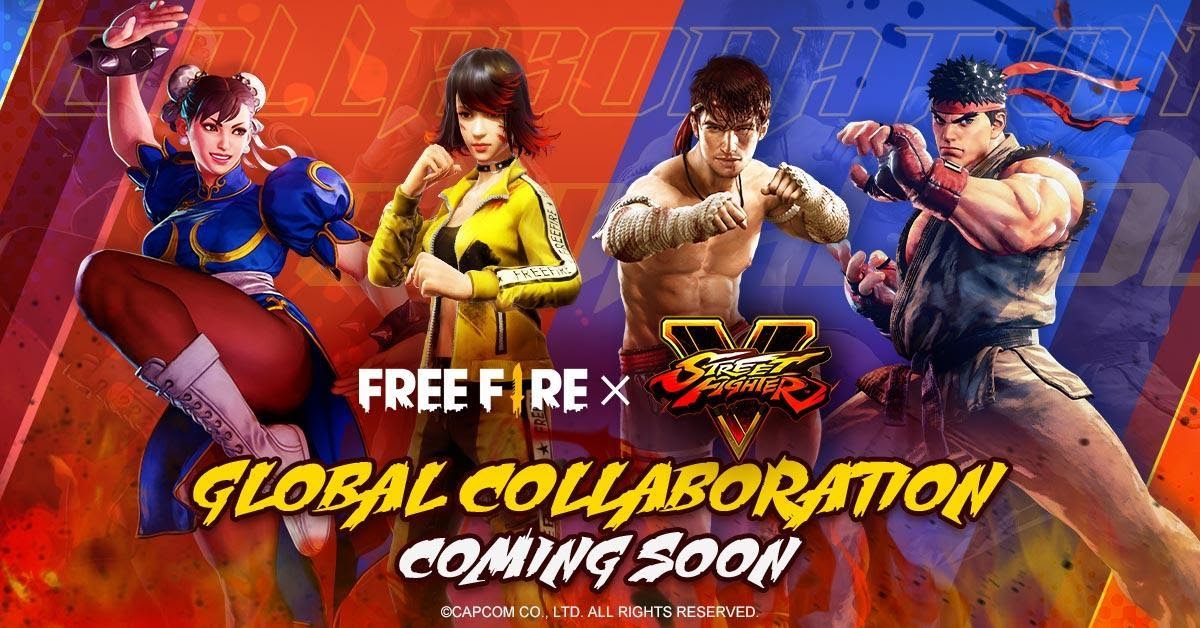 Garena has announced a global collaboration with Capcom to bring Street Fighter V content into Free Fire. The crossover unites two of the video games industryâ€™s biggest hitters and continues Garenaâ€™s strategy to create fresh gaming experiences for the Free Fire community through collaborations with some of the worldâ€™s most well-loved brands.

Free Fire players can look forward to seeing Street Fighter fan favourites Ryu and Chun-Li when the collaboration goes live in July. Ryu and Chun-Li will be accompanied by plenty of exclusive content and experiences, including a full interface reskin, new activities, and plenty of themed collectibles.

â€œStreet Fighter revolutionised fighting video games. It is a franchise many of us grew up with, playing as its iconic characters like Ryu and Chun-Li.

Bringing a part of Street Fighter into Free Fire and welcoming Ryu and Chun-Li to Bermuda is something our players will enjoy.â€

Garenaâ€™s collaboration with Capcom builds on its strategy to continue expanding the Free Fire experience through collaborations with some of the worldâ€™s most recognisable brands. Most recently, Garena announced collaborations to bring international football superstar Cristiano Ronaldo and the anime series Attack On Titan into Free Fire.

Free Fire can be downloaded on both the Apple iOS App and Google Play store.

The Steam Controller Is Officially Dead