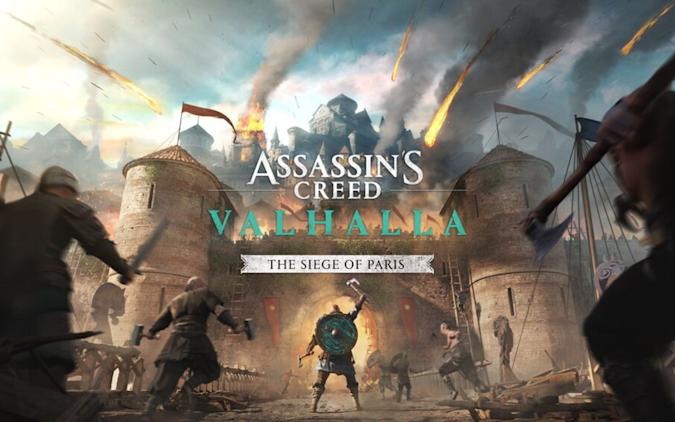 Ubisoft just announced the release date of the next Assassin’s Creed Valhalla DLC, which will definitely be shorter than the main game just like the Ireland DLC. That’s a plus point, by the by.

Assassin’s Creed Valhalla: The Siege of Paris, will be out on 12th August. The DLC is set in Francia, of course, and will have Eivor participating in a new set of quests in the largest post-Roman barbarian kingdoms in Western Europe. The expansion will feature new weapons, abilities, gear, and skills.

Infiltration Missions will make a return here, which will let players decide how they’ll go about with their assassination mission. Check out the stabby viking action below:

To prepare players for the DLC, the Sigrblot Season will kick off later this week on 29 July. This raiding season limited event will run from that date until 19th August and will feature a ton of events which include flyting (insult fighting in that era), fighting tournaments, and dice games. The event will also feature three new quests, new settlement decorations, customization items, and new weapons like the sword of Skrognung. That piece of exclusive event gear can only be purchased with Sigrblot tokens until the end of the festival.

To participate in the Sigrblot Season, your Eivor needs to already be in England and completed either the Grantebridgescire or Ledecestrescire narrative arcs. Your settlement also needs to be at level two. To play The Siege of Paris, it’ll cost you US$25; if you have the Season Pass already, you’re good to go when it’s out later this August.

New Paradox Game Is Pulled Because It Stole Halo Artwork