Fear Street Part 1: 1994 Is A Bloodier Version Of Stranger Things

A slasher is a subgenre of horror films with decades of history. At its core, slasher films usually involve a killer murdering a group of victims, usually using a tool that’s a blade of some kind. From 1960’s Psycho to franchises like Halloween, Friday The 13th and Scream, the slasher genre is extremely popular, albeit one that’s lost its lustre since the start of the 2000s.

Most modern slashers tend to be more self-referential or a homage to classic films, and the first of Netflix’s Fear Street trilogy definitely fits that bill. The bigger question is; what does Fear Street Part 1: 1994 do differently to distinguish itself from the crowd? Read on to find out. 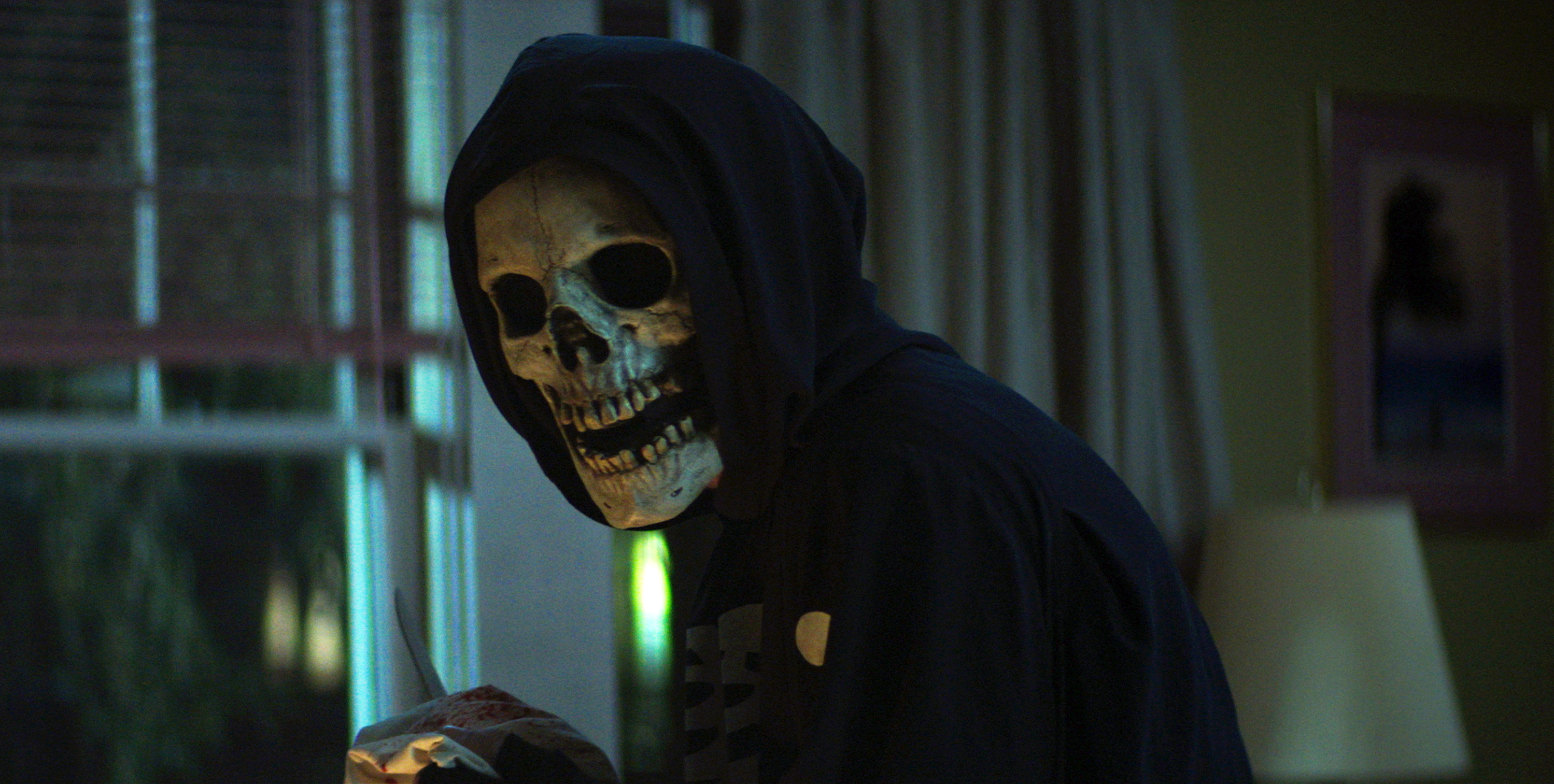 Even from the trailers and synopsis alone, it’s not hard to see that a huge reason why Fear Street Part 1: 1994Â is set in the 90s is to pay homage to one of the most iconic slashers of that era; namely Wes Craven’s Scream franchise. Yes, even director Leigh Janiak admitted the fact in one of her interviews. There’s no running away from that, even the main killer in this movie looks inspired by Scream‘s iconic Ghostface (who have been parodied to death that he’s not even scary anymore).

Is that inherently bad in itself? No, 2020’s Freaky proved that a proper homage movie can still be smart and do something new and memorable. Unfortunately, Fear Street Part 1: 1994Â ultimately doesn’t do much with its premise or setting. The 90s is just an excuse to feature a 90s-style mall (similar to how Stranger Things recreated an 80s-style mall) or feature callbacks to nostalgic stuff from the era like having the characters use AOL Messenger and include a ton of 90s music in scenes (Creep by Radiohead, etc., you get the drift).

In fact, there’s a Stranger Things vibe to the entire thing, but Fear Street Part 1: 1994Â has an added advantage; it’s R-Rated. This means gorier kills and granting its characters the license to freely swear as much as they want to. Still, it’s disappointing that most of the kills and deaths are still boring and bland stabbings or axe to the head. Part of the fun in slashers is usually how creative or unique the kills are, and there’s only one really good one near the end of the movie that’s different enough to be memorable.

Despite being mostly a by-the-numbers conventional slasher, for the most part, Fear Street Part 1: 1994Â can boast to be one of the first slashers (to my knowledge) to feature an openly LGBTQ protagonist in the form of Kiana Madeira’s Deena. However, her ex-lover, Olivia Welch’s Sam Fraser, is a closeted queer, which leads to some romantic conflict during the movie. The 90s setting adds even more depth to this, considering that the LGBT community was more ostracized then than they are now in the 2020s.

While some of the characters in the movie still follow stereotypes like jocks and the like, the main cast members who tag along with Deena and Sam are likeable enough and not so limited to generic tropes. These include Benjamin Flores Jr. as Josh (Deena’s younger brother), as well as Deena’s friends; Julia Rehwald as Kate and Fred Hechinger as Simon.

The movie also features a theme about the social disparity in class and wealth between the citizens of Shadyside and Sunnyvale. Despite being neighbours to each other, those who live in Sunnyvale thrive and live in bliss, while those who live in Shadyside (as its name already implies) have to live with downtrodden living conditions and psycho killers who pop up and terrorize every generation. That’s not a joke, by the way, it’s a continuing plot point and mystery across all three films of the Fear Street trilogy.

That said, perhaps the biggest problem with Fear Street Part 1: 1994Â is that it has the unenviable task of setting up the trilogy. It takes most of its time introducing characters, as well as setting up the world and core mystery of the trilogy. With that burden, director Leigh Janiak probably had less space and time to do anything truly special with this movie, especially compared to its two follow-ups.

It’s Only The Beginning

Alas, this is a review of Fear Street Part 1: 1994Â as a standalone movie and not the trilogy as a whole. Horror fans will probably still appreciate the movie’s references and homages to classic slashers, but besides that, there’s really not much that impresses. Well, on the other hand, the movie does look great and the production value is extremely high, so kudos to the crew and production team for recreating the 90s.

I won’t spoil anything, but rest assured that all the setup in Fear Street Part 1: 1994Â does eventually pay off in the next two films. Still, it’s worth pointing out that this movie is almost two hours of a rather formulaic but stylish slasher film with the production value of an R-Rated Stranger Things. If you find that appealing or if you’re a long-time horror fan, you should still check this out. It’s only the first movie of a trilogy and the next movie is already coming out next week, so you won’t even have to wait long.

We received an early access screener of Fear Street Part 1: 1994 courtesy of Netflix Malaysia. It is slated to premiere exclusively on Netflix on 2 July 2021.

Three months after Avengers Endgame released in April 2019, the record-breaking gargantuan blockbuster will officially be releasing on Digital today o...