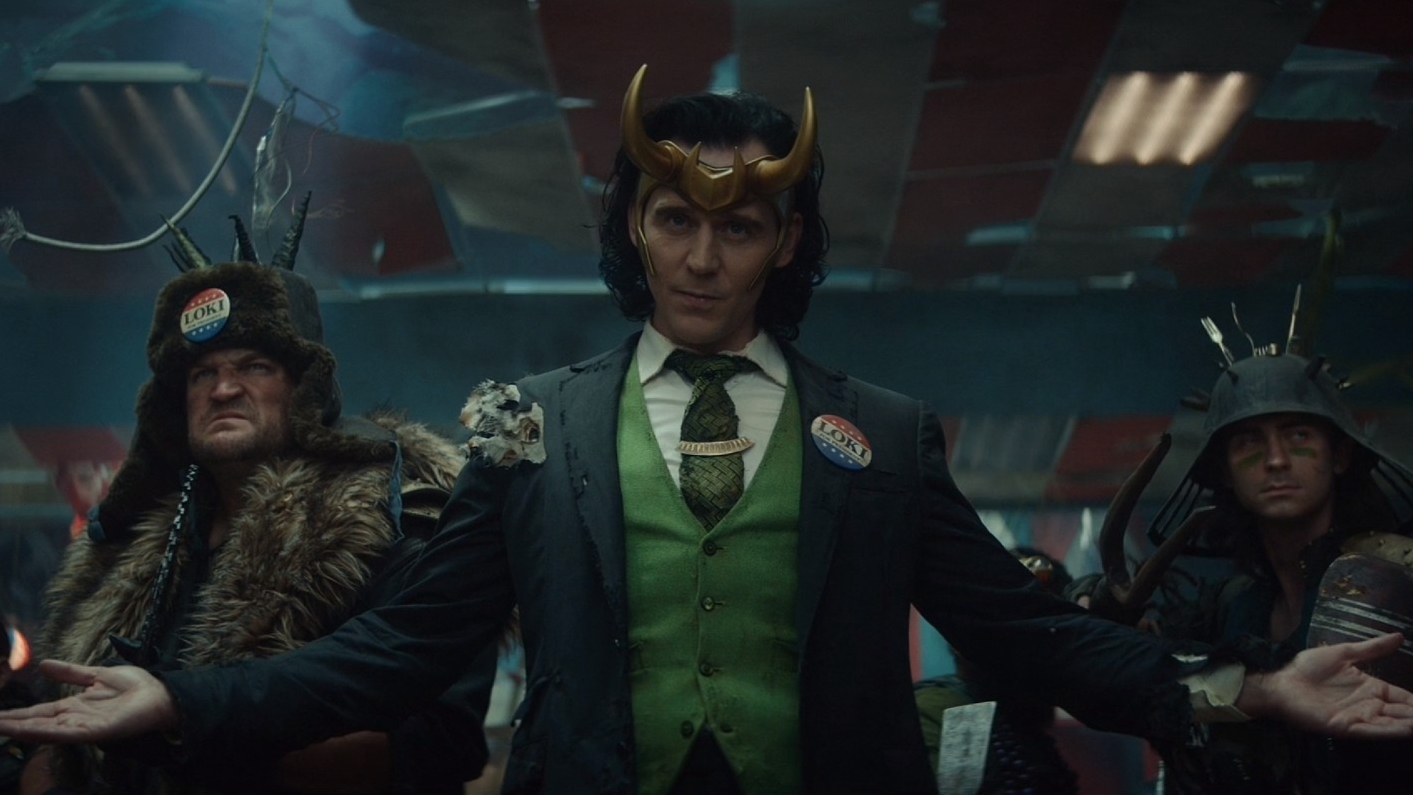 The fifth episode of Marvelâ€™s LokiÂ is available now on Disney+ Hotstar Malaysia. Iâ€™ll be discussing heavy spoilers fromÂ Loki Episode 5 so if you havenâ€™t seen it or want to avoid spoilers, nowâ€™s your chance to stop reading.

Remember at the end of Loki Episode 4 when Loki found himself with four other variant Lokis, including Classic Loki (Richard E. Grant), Kid Loki (Jack Veal), Boastful Loki(Deobia Oparei) and alligator Loki (yes, the director confirmed that it’s an alligator, not a crocodile)?

The name of the place is the Void and it seems a smoke monster named Alioth is after them. Alioth is described as a “living tempest that consumes matter and energy”.

Why is Alioth important? Well, it pretty much confirms my theory that Kang The Conqueror is behind the TVA.

In the comics, Alioth is allegedly the first being to free itself from the timestream, but he grew in power, becoming the supreme time being over all realities from the dawn of life on Earth to the edge of Kang the Conquerorâ€™s dominion. A temporal barrier blocked Alioth from entering Kangâ€™s realm, Chronopolis, and conquering all time periods.

After Kang was rendered comatose saving the Terminatrix (Ravonna Renslayer), she took over Kangâ€™s empire. Exploring an anomaly at the edge of Kangâ€™s domain, she encountered the time barrier; curious, she blasted it to learn what it hid, apparently summoning or releasing Alioth. Terminatrix fled, but Alioth followed, assaulting Chronopolis city. Aided by her own potential future self Revelation, Terminatrix revived Kang, but Alioth absorbed the Council of Cross-Time Kangs.

In the comics, Kang also created a barrier preventing Alioth from entering his domain.

We Also See A Tower With The Name Qeng, Qeng Tower

Pruning The Timeline Doesn’t Erase It, It’s Only Transferred To The Void At The End Of Time

Renslayer confirmed that pruned timelines don’t just get erased, but instead get sent to the Void, which exists at the end of time (which also means time there has basically stopped moving).

It’s An Alligator Loki, Not A Crocodile Loki

If you won’t believe the director, Loki himself confirmed it in the episode.

Yes, Throg exists in the MCU Multiverse, and that’s him. In his timeline, Throg was originally a human named Simon Walterson who was cursed and turned into a frog named Puddlegulp. He later found himself worthy of lifting Mjolnir and the rest is history.

He even has his own team of Pet Avengers in the comics. The MCU version of Throg must have been pruned by the TVA sometime ago.

In the issue Spidey Super Stories #39 (March, 1979), Thanos was infamous for using the Thanoscopter to get the Cosmic Cube.

Yellowjacket was last seen in 2015’s Ant-Man. What if there was a comics-accurate Yellowjacket out there who was captured as a variant by the TVA and pruned? In the comics, Yellowjacket is actually of Hank Pym’s (the original Ant-Man) many superhero alter egos. Yellowjacket was never really a full-on villain.

Yes, there was a four-issue comic book named Vote Loki, which was published in 2016 and written by Christopher Hastings. In it, Loki launched a controversial political campaign for President of the United States and a reporter named Nisa Contreras attempts to prove his duplicity. Ultimately, no, he did not become a President in the comics.

Sylvie Pruned Herself, Meets A Still-Alive Mobius In The Void

Yes, Mobius is still alive, just like we thought. Looks like he’ll still have another chance at that jet-ski dream.

USS Eldridge Or The U.S.S. Eldridge

Just like D.B. Cooper,Â Loki is incorporating yet another historical urban legend into the MCU. In the MCU, it gets eaten by the Void.

Loki And Sylvie Manages To Get Past Alioth And The Void

However, the episode pretty much ends there with a castle on the horizon. Also, there are no post-credits for Loki Episode 5, so it looks like we’ll have to wait until the next episode, which will also be the series/season finale. The presence of Alioth pretty much confirms Kang The Conqueror as behind the TVA.

That castle might be Kang’s Chronopolis, but it pales in comparison to the bustling capital city of his empire in the comics (see below).

Loki Episode 5 felt a lot slower than I thought it would be, considering that this is the penultimate episode. The pacing disrupts the momentum of the previous episode’s shocking reveal, and this episode lands with a dud. There was a lack of meaningful reveals, and all those Loki variants were just there for the sake of being there. Plus, there were too many intimate moments between Loki and Sylvie that did nothing much to further the plot or arc forward. It can be considered character growth, but we already knew they were in love with each other since Episode 4. This just proves to cement that.

It looks like Marvel Studios is keeping all its eggs in one basket, by keeping the secret of the TVA for Loki’s final episode next week. Will all this pay off? Let’s hope so.

Here's How You Can Pause Elden Ring