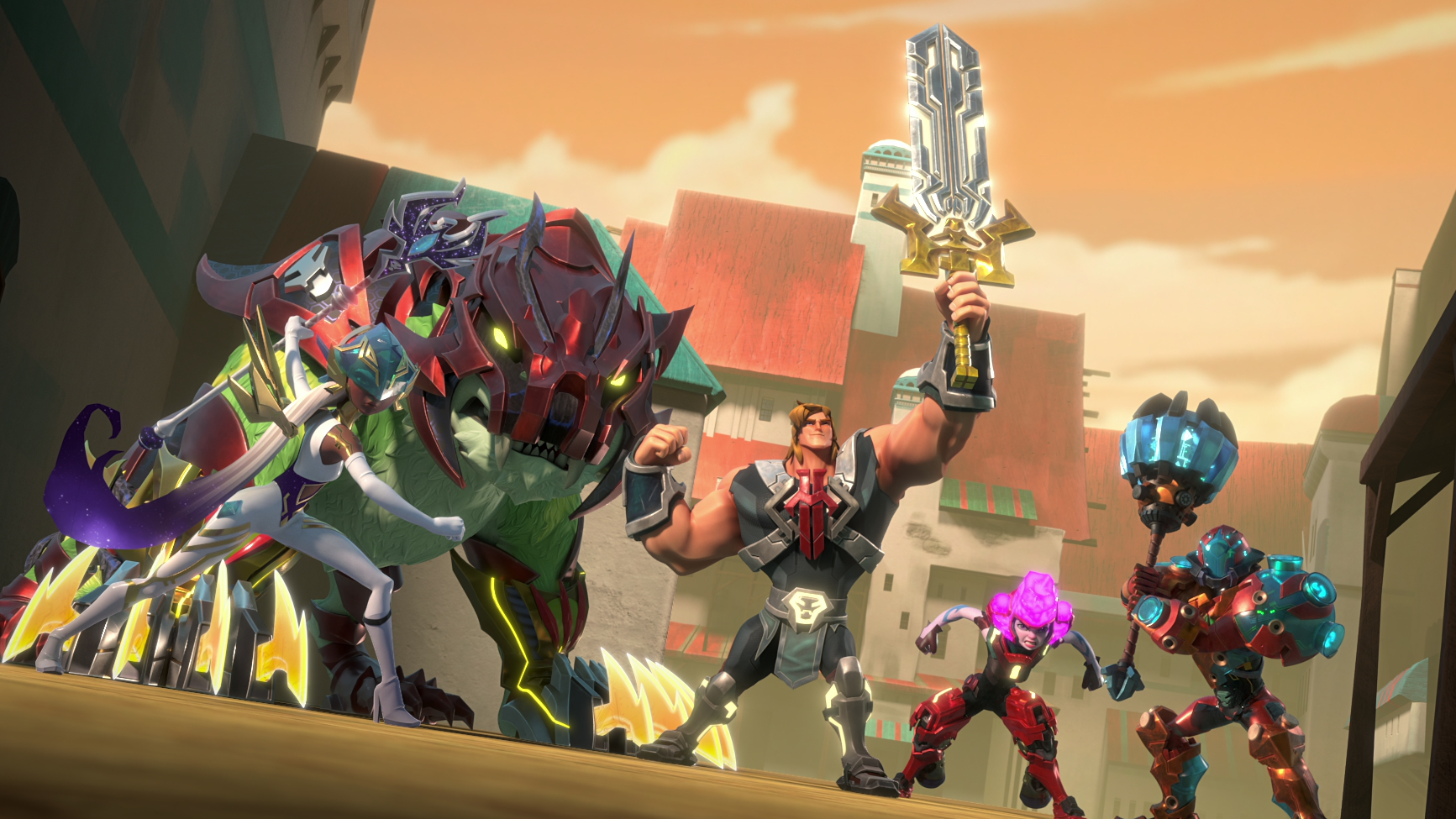 Netflix has announced that the He-Man And The Masters Of The Universe reboot will premiere on Netflix on 16 September 2021.

First things first, let me clarify that this is separate, unrelated and unconnected to Kevin Smith’s Masters Of The Universe Revelation (which came out last month and wasn’t so good). This is a completely brand new take on the franchise; a fresh new reboot and reimagining of the animated series with a CG style that actually looks dynamic.

The official synopsis for He-Man And The Masters Of The Universe reads (via Deadline):

In Eternia, the first planet of creation, a demonic tyrant rises: Skeletor!

With dark armies at his command, Skeletor is on the march, hell-bent on capturing Eterniaâ€™s kingdoms, and its ultimate prize â€“ Castle Grayskull, the ancient fortress of mystery said to contain the greatest power in the universe.

Itâ€™s up to He-Man, voiced by Yuri Lowenthal, and his brave squad of rookie heroes to stop Skeletor and restore the peace.

Both sides come armed with enchanted Power Weapons â€“ transforming them into Masters of the Primal Powers of the Universe.

Itâ€™s Master vs. Dark Master, He-Man vs. Skeletor â€“ fighting for control of Eternia, Castle Grayskull, and the fate of us all. In the end, who will become Master of the Universe?

In addition to Lowenthal, the voice cast includes:

He-Man And The Masters Of The Universe is produced by Mattel Television (Masters of the Universe: Revelation, Barbie: Big City, Big Dreams) with animation by House of Cool (Trollhunters) and CGCG (Star Wars: The Clone Wars).

That said, if you don’t like the new CG art style and visuals, keep in mind that She-Ra And The Princesses Of Power also didn’t have an appealing art style. However, it still managed to last five seasons on Netflix and stuck the landing so hard that it remains one of the best Netflix original animated series I’ve ever had the pleasure of watching

You can check out my review of She-Ra And The Princesses Of Power here if you’re still not convinced. If it’s anything like She-Ra, we’re in for a good time.

Dune Will Spice Up HBO GO Next Week