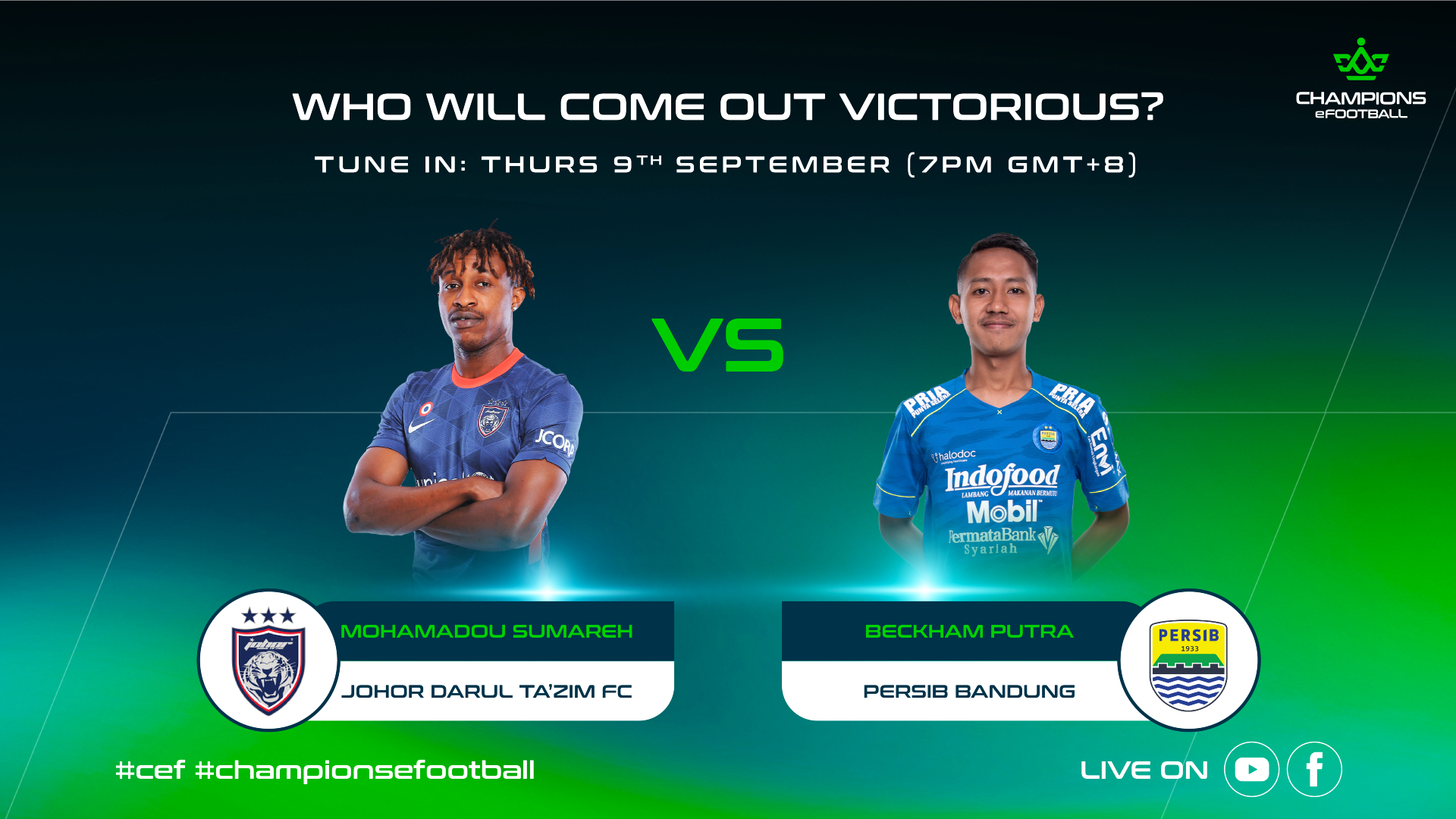 Champions eFootball is set to kick off its first round of competition on 9 September 2021 with an exciting array of matches between rival football clubs in Southeast Asia. For its first round of the STAR category, Mohamadou Sumareh from Johor Darul Taâ€™zim FC (JDT FC) will take on Beckham Putra from Persib Bandung

Competing on KONAMIâ€™s eFootball PES 2021 Season Update, the football clubs will compete it out for a combined prize pool of US$9,250. Champions eFootball will take place for five consecutive weeks and will be live-streamed on CeFâ€™s official Facebook and Youtube channel.

In its category dedicated to football stars, the highlight fixture of Matchday 1 will feature JDT frontman and midfielder, Mohamadou Sumareh from Malaysia going against Beckham Putra, Persib Bandungâ€™s young talent and midfielder from Indonesia. This anticipated opening match in the STAR category will mark history as the prominent football players compete in any esports capacity for the first time.

â€œIâ€™m very excited to be able to compete and represent JDT FC in Champions eFootball.

In hopes of bringing a new level of excitement to the fans and esports enthusiasts from across the region, we urge all our fans to tune in to the competition to show their support.â€

â€œThis will be my first time representing Persib Bandung in esports and Iâ€™m thrilled to be able to compete against some of the best football clubs in Southeast Asia in Champions eFootball.

I look forward to doing my best for my club and country in the competition.”

As these stars make their debut, passionate fans have taken to social media to express and rally their support for the respective players and football clubs.Â

As the football clubs in the ELITE category will be represented by professional esports players, fans can expect high-level skills and mesmerizing action between these top competitors.

The first matchday of Champions eFootball will be live-streamed on the official CeF Facebook and Youtube channel beginning from 9 September 2021 at 7 pm GMT+8.