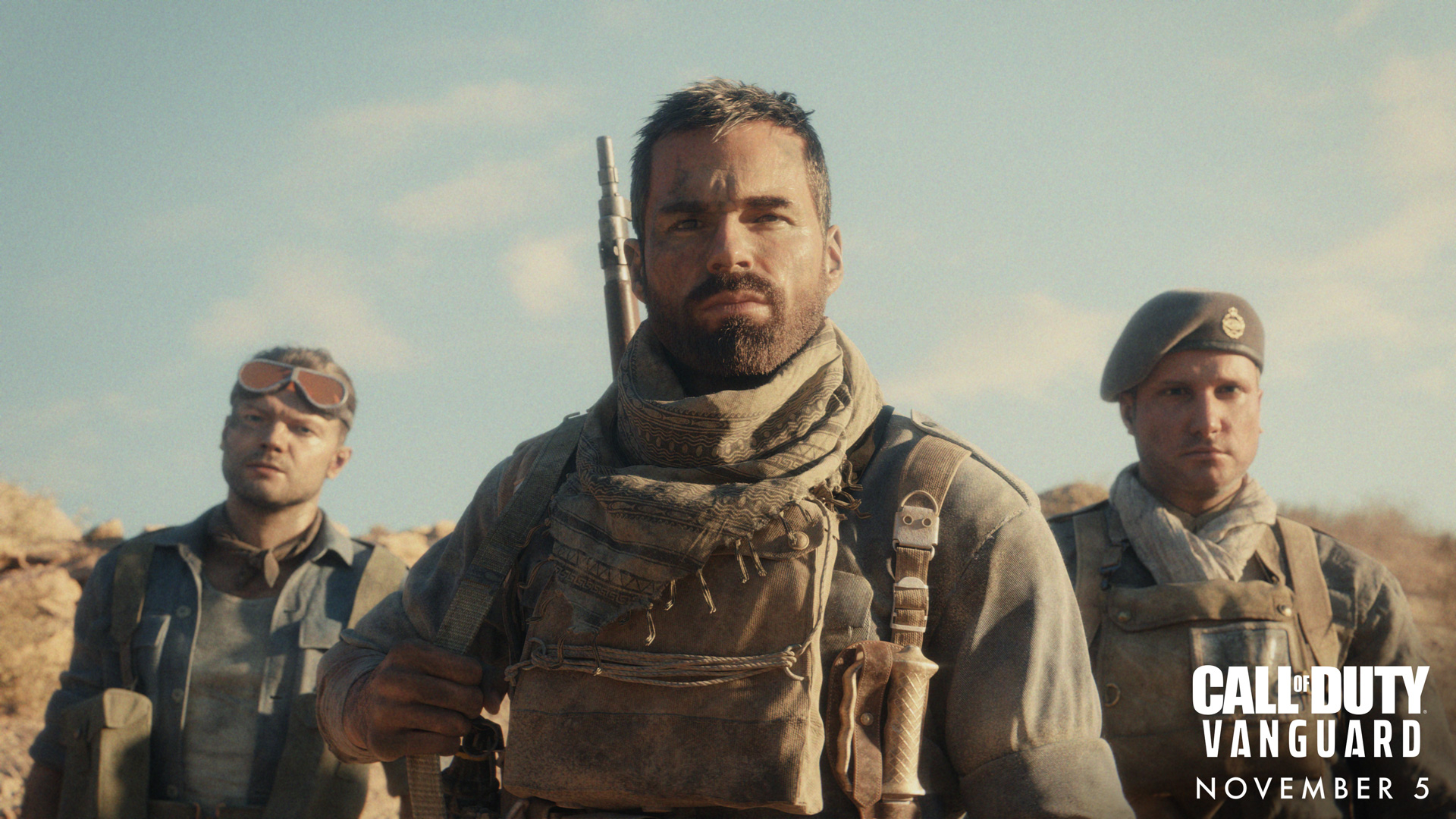 When Call Of Duty Vanguard was initially announced last month, Activision and Sledgehammer Games revealed that the game’s narrative will cover â€œthe untold stories of multinational heroes that formed Task Force One, changing the face of history and setting the stage for special forces as we know it.”

Experience combat through a story of the multinational soldiers who came together to form Task Force One and set the stage for Special Forces as we know it. These are the heroes of Call Of Duty Vanguard:

All four are based on real historical figures. Petrova is modelled on Lyudmila Pavlichenko AKA Lady Death, while Kingsley is Sidney Cornell, who was the first black man to land on D-Day.

Meanwhile, Jackson is Vernon Micheel, a hero of the famous Battle Of Midway, and Riggs is based on Charles Upham, a war hero from New Zealand who remains the only man in history to be awarded two Victoria Crosses.

However, as first pointed out by Kotaku, something is not right in the representation of these characters in Call Of Duty Vanguard.Â What’s the problem? Well, in the game, Private Lucas Riggs is depicted as being Australian, and not a New Zealander like his historical inspiration.

No other combat soldier has ever been awarded two Victoria Crosses in all of history.

Itâ€™s like turning Sir Edmund Hillary into an Australian, or Lorde, or Jonah Lomu.

At best, itâ€™s ignorance; at worst, itâ€™s a giant middle finger to us all.”

What was the developer’s response? Sledgehammer Games Creative Director David Swenson said in a statement:

“As with all the main characters in the campaign, we drew a lot of inspiration from real life soldiers.

With Lucas Riggs, we drew a lot of that inspiration from Charles Upham, whose exploits embodied the spirit of all the Commonwealth forces serving in North Africa.â€

It seems like he’s completely missing the point, but this is still a prickly issue, especially for proud New Zealanders who want nothing more but to be properly represented and respected just like everyone else.

Call Of Duty VanguardÂ will launch for the PS4, PS5, Xbox One, Xbox Series X/S and PC on 5 November 2021. In the meantime, check out the trailer below: