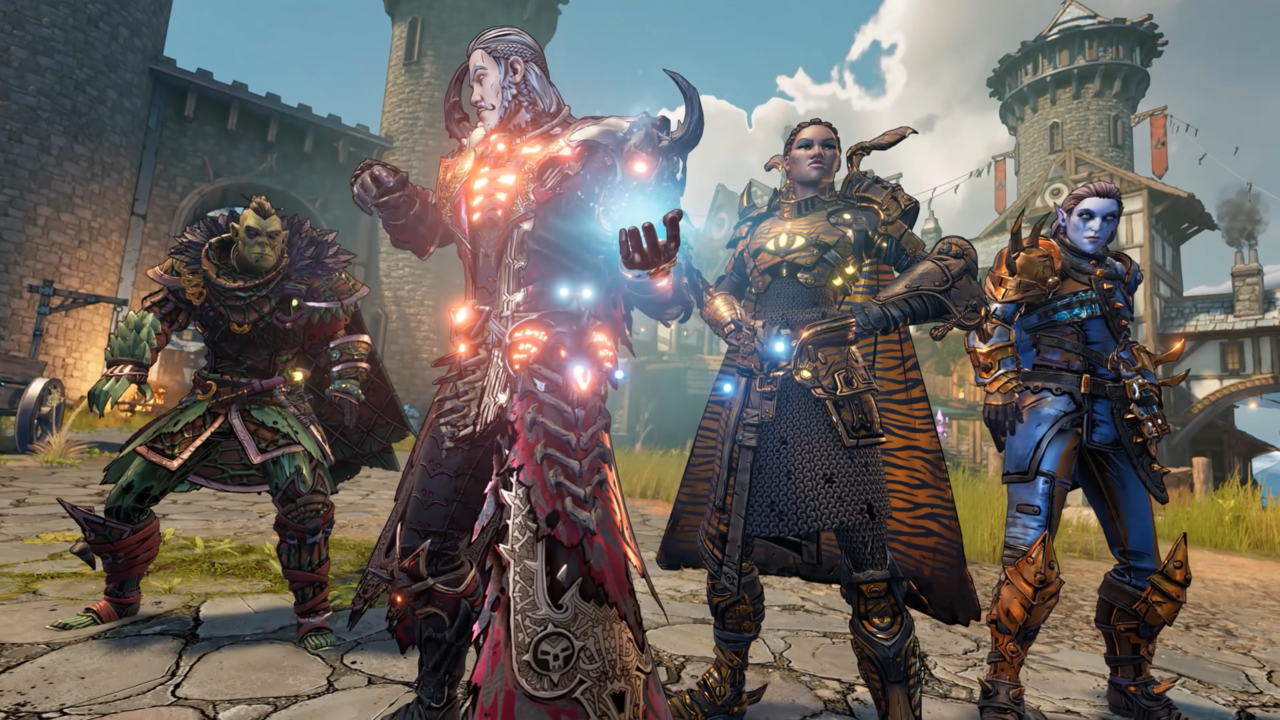 Let’s not mince words here: Gearbox’s latest first-person shooter title-Tiny Tina’s Wonderlands– is basically Borderlands but with a fantasy and Dungeons & Dragons theme attached to it. Not that there’s anything wrong with that: the Bunkers & Badass tabletop game did make its canonical appearance in Borderlands 2’s best DLC starring the unstable-yet-loveable explosion-maniac Tiny Tina. So it’s only a matter of time until the developers incorporated that again in its flagship looter-shooter title.

Lo and behold, the gameplay trailer dropped last week during PlayStation Showcase 2021, and it’s featuring the stuff that we love. Loot, shooting, skills for kills, new mobs and enemies to murder in a colourful fantasy land, and J-pop blaring in the background. Here’s what you need to know about the upcoming Borderlands spin-off that’s slated for early next year.

Tiny Tina in this game will be her 13-year old self. She is the bunker master to this particular fantasy campaign, so she decides the levels, the endgame, and the bosses. The game itself will take place in both first-person and third-person perspectives, depending on the situation. Say if you’re travelling from place to place, Wonderlands will be in a tabletop view as your characters are represented as miniatures.

“So one of the ways you can explore the greater world is through this pulled back, third-person view. We have a fairly linear main plot, with tons of side missions. In addition, with some exploration, you can find these five optional maps that–if you’re a tabletop RPG nerd–act like modules. So they are connected to the main story, but they are also their own standalone plots.

You can have dynamic encounters, so you can have a little enemy pop up and then you’ll get transported seamlessly into first-person combat where you do a small fight, get your loot, and pop back out to further explore the entire Overworld. So Overworld really just acts like–compared to previous games we’ve done–as the big zone that connects all of the experiences.”

For the first time in Borderlands history, you’ll be creating your own character. There are no established characters in Wonderlands that you’ll be playing: instead, you’re making one from scratch and you get to choose its race, physical appearance, voice, and personality, according to Belmore:

“Your voice, your appearance, all of that is independent. You get to choose your own voice and some other fun stuff that we can’t quite dive into yet, but it goes into even your character’s personality, not just aesthetics, and it’s all independent. You could look and sound however you want within those sets of choices. We don’t really tie the player into any one thing. Not even every feature is humanoid–you can have shark fins on your head or look like an orc.”

Wonderlands will have six distinct classes to choose from, each with their own unique skill tree, according to Belmore. You can even go as far as to multiclass into them, allowing for some bizarre and powerful combinations.

“There’s two different aspects of our character creation. One is the aesthetic piece where you can choose what you look like, and then there’s the character classes. Each character class will have abilities that our fans are accustomed to seeing, and deeper into the game, you’ll be able to have the option to multiclass.”

Imagine combining a Borderlands 2 Gunzerker with a Borderlands 3 Siren; that’s pretty much the idea albeit with the usual limitations standard for a combo system (similar to actual tabletop D&D).

“You’ll choose your primary class and then later in the main story, you will be able to slot a secondary class and mix and match those two classes and skill trees–that’s your character for the campaign. But once you beat the plot, you will be able to go back and respec your secondary class. So you’ll still have to stick with your primary class, but you can try a different secondary.”

You can also earn hero points to spend on your character’s attributes: Strength, Dexterity, Intelligence, Wisdom, Constitution, Attunement. These hero points and attributes are different to skill trees, since these can help specialize your character to a specific class (traditional or hybrid). However, there’s one attribute that goes beyond the aforementioned skill tree and hero system according to Belmore: luck.

“You do have one sort of unique attribute that lives outside that list of ‘hero stats’ and that’s luck. And that is something you can affect by completing an endgame challenge. And the luckier you are–the more of this challenge you do–the better your loot chances are at higher rarity.”

Despite all the changes & settings, the game is fundamentally Borderlands 4. This is still a loot shooter, albeit with a mix of fantasy and steampunk tech thrown in, all crafted by the imagination of an insane 13-year old.

“We wanted to make sure that we embraced the strength of what we do best, and that looter shooter loop is going to feel very, very familiar to fans of our games. But instead of being preoccupied with how many guns are in the game, our focus is more on the diversity of types of fantasy weapons that you can have. So it’s really more about the breadth of fantasy gear, rather than ensuring a high tick mark on how many guns we have.”

All the movement improvements of Borderlands 3 will return: ledge mounting, slide, and ground pound. New combat movement mechanics will also be added to accommodate the spellcasting and melee in Wonderlands; for instance, your melee attacks can now glide into your enemy thus closing the distance in a satisfying manner.

Tiny Tina’s Wonderlands will be out for Xbox, PlayStation, and PC on 25th March 2022.