The Wild Rift: SEA Championship 2021, organized in partnership with ESL Asia, marks a significant milestone in Riotâ€™s quest to make Wild Rift its first truly global mobile esport.Â The participating teams come from nine countries and territories across the region, including Singapore, Malaysia, Thailand, the Philippines, Indonesia, Vietnam, Oceania, Taiwan and Hong Kong, all of whom will compete for a total prize pool of US$200,000. 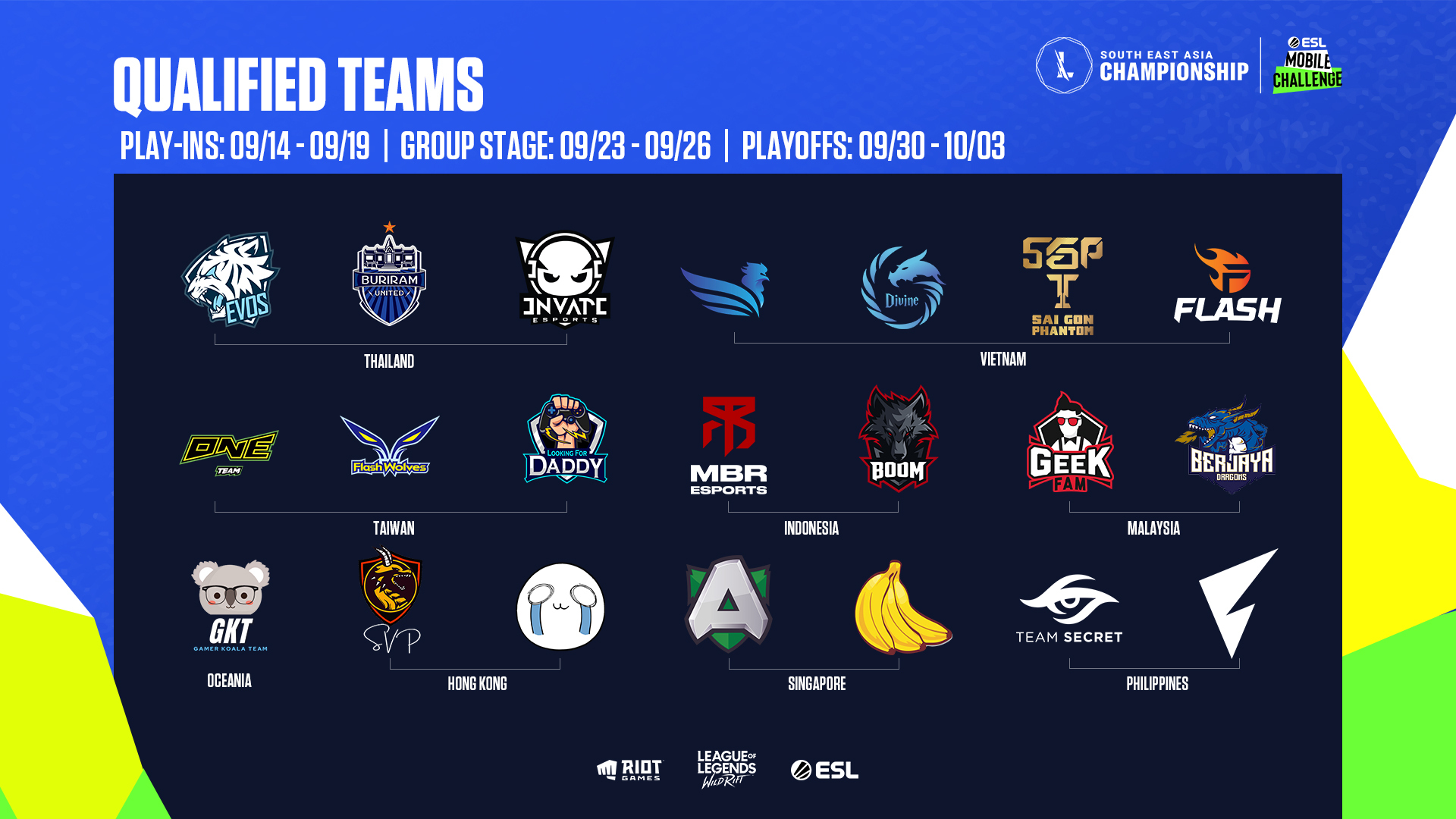 Each of the teams has qualified, following impressive performances at the Wild Rift SEA Icon Series: Fall Season.Â Southeast Asia spearheaded Riotâ€™s foray into mobile gaming and mobile esports, with the region being selected for the mobile titleâ€™s initial Regional Alpha and Open Beta phases.

The Wild Rift SEA Icon Series was subsequently announced in February 2021 as the companyâ€™s first mobile esports league across the globe. Southeast Asia is the worldâ€™s fastest-growing region for mobile Internet penetration, with users spending three to five hours per day on their smartphones – more than any other user in the world.Â

Being mobile-first also means that mobile gaming is deeply ingrained in SEAâ€™s youth culture. Close to 50 percent of consumers in SEA are believed to have played a mobile game on their phone on an app or website, and 80% of all gamers in the region are believed to play games on their mobile phone. This trend offers a great opportunity for the growth of mobile gaming esports and establishing the region as a global hub for mobile esports.Â

â€œWe intend for Wild Rift esports to be Riotâ€™s first truly global mobile esport. While we are still in the early stages of building out our newest sport, our progress in Southeast Asia sets the tone for what we want to achieve in other regions.Â

The Wild Rift: SEA Championship 2021 shines a spotlight on the incredible talent and passion of these Southeast Asian teams, and also sets a standard for how mobile esports can be viewed and enjoyed.

Weâ€™re excited to bring this same player-focused strategy and high-quality productions to other mobile audiences around the world.â€

The Wild Rift SEA Icon Series has accounted for close to 1,000 participating teams since the start of its league, with daily unique views peaking at 1.28 million during the Summer Super Cup. Wild Rift and its esport play a massive role in Riotâ€™s growth strategy for Southeast Asia.Â

â€œIn the course of the past two years, Riot has released a slew of new games, such as Legends of Runeterra, VALORANT, and League of Legends: Wild Rift, and also made meaningful strides into the entertainment, fashion, and music industries.Â

From the launch of our virtual pop band K/DAâ€™s second EP and partnerships with Uniqlo and Warner Music, to the upcoming release of Arcane, our Netflix animation series, later this year, we continue to seek new opportunities to delight and surprise our fans across the world. Esports plays a huge role in this strategy and is a key, golden opportunity for us here in mobile-first Southeast Asia.

We have created a vision for this region to be Riotâ€™s hub for mobile esports, and are proud to have been the first to roll out Wild Rift esports.â€

Esports has also been gaining increasing recognition among the regionâ€™s governments, with more countries unlocking the potential of esports through economic investments and career development in youth. Esports was a medalled sport in both the 2018 Asian Games and 2019 SEA Games, and Wild Rift was announced earlier this year as a medal event for the next 2021 SEA Games.Â

There will be 3 stages of the competition for the Wild Rift SEA Championship 2021:

The Wild Rift SEA Championship 2021 will be broadcasted in English, Tagalog, Bahasa Indonesia, Bahasa Malaysia, Mandarin, Vietnamese, Thai, and Cantonese. Broadcasts will begin at 12:30 PM SGT, with the first match starting from 1:00 PM SGT. The matches will also be live on Twitch, Facebook, and YouTube on Riot SEAâ€™s official channels as well as on our partnersâ€™ broadcast channels:

News
Bowser To Face 10 Years In Jail & US$4.5 Million In Damages For Nintendo Piracy

It's rather odd to hear a Bowser getting jail time for Nintendo-related crimes, unless it's in the Mushroom Kingdom. But here we are: the Big N has wo...

Esports,News
Dates & Seeding For 2022 LoL World Championship Have Been Announced

We finally have some more information on this year's League of Legends World Championship circuit, set to take place across North America. Riot Ga...

Ubisoft has announced that For Honor’s Year 6 Season 2, Curse Of The Scarab, will release on 16 June 2022. After the Great Cataclysm, Bolthorn used ...