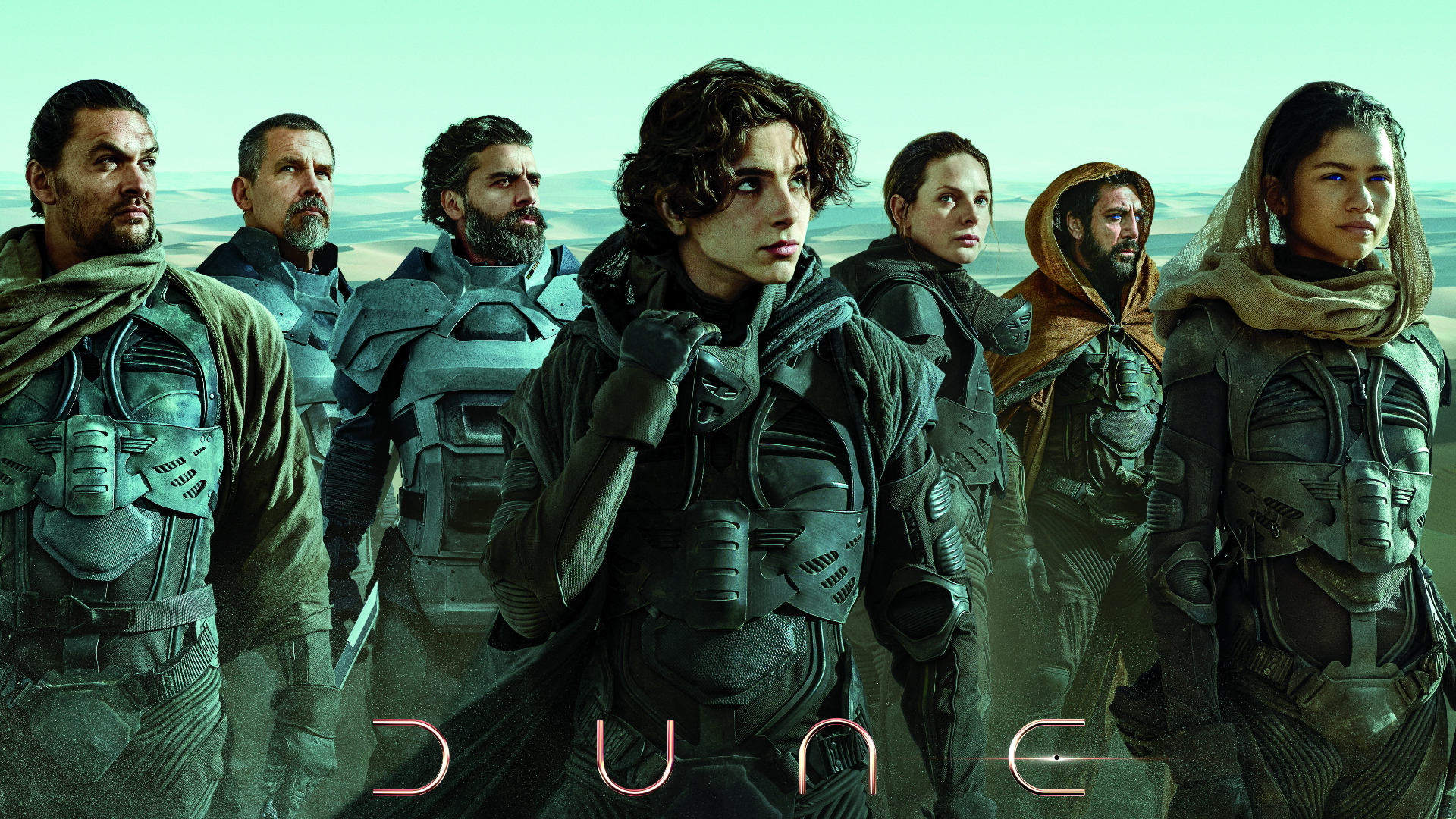 Denis Villeneuve is shaping up to be this generation’s Ridley Scott with a string of great science fiction movies under his belt. These include 2016’s Arrival and 2017’s Blade Runner 2049, all good films in their own right.

Now he can add 2021’s Dune to the list, arguably his best and biggest movie to date.

Dune is based on the iconic 1965 novel series of the same name by the legendary Frank Herbert, which is extremely influential in the creation of future sci-fi classics like Star Trek and Star Wars. David Lynch originally attempted to adapt the book into a feature film in 1984 but it wasn’t much of a success, perhaps due mostly to the limited technology of the time (the 80s) and fickle studio intervention (the director has since disowned that movie).

How is the modern 2021 adaptation of Dune?

The best way I could describe Denis Villeneuve’s Dune Part One (yes, it’s officially titled as such during the movie’s opening title screen) is it’s a sci-fi movie on a scale as ambitious as those of Peter Jackson’s The Lord Of The Rings films. Dune is a marvel in terms of visuals and cinematography.

The production value is out of this world, to the point that even the recent Star Wars sequel films with all that Disney money can’t hold a candle to.

Watching Dune feels like you’re transported to an actual alien landscape. The production design, costumes, sound effects, music, score, VFX and ambience combine for an immersive experience the likes of which reminds me of 2001: A Space Odyssey. This includes long lingering shots of breathtaking sandy dunes to dark interiors of alien architecture to the incredible designs of the suits and spaceships.

If you’ve seen Blade Runner 2049 or Arrival, you’ll know exactly what I’m talking about, but Dune is just on another level. This visual spectacle just begs to be seen on a massive IMAX screen. The original score by Hans Zimmer, in particular, sets the vibe and tone for the movie, with music that sounds so alien that you’re both creeped out and entranced by it all. Sometimes the music does tend to drown out the dialogue somewhat, but that’s a deliberate choice by the filmmakers to unnerve the audience during its tense & harrowing moments.

All that said, the achievements of Dune is more than just the visuals and details. Denis Villeneuve and his co-writers (Jon Spaihts and Eric Roth) have made the complex universe and mythology of Dune much easier to understand for those who have never read the books. That’s no easy task. The exposition in this movie feels natural and not forced. That can also be attributed to the phenomenal all-star cast of the movie.

Where do I even begin? The plot and narrative of Dune Part One feel very Games Of Thrones-esque. There are feudal dynasties in conflict (albeit on an intergalactic scale), multiple mysterious factions with unclear agendas and a protagonist seemingly burdened by responsibility and prophecy. This movie focuses on the conflict between House Atreides and House Harkonnen over the rule of a planet named Arrakis.

What’s so special about Arrakis? It’s home to an important resource for interstellar space travel simply referred to as Spice.

House Atreides are basically the good guys, and TimothÃ©e Chalamet portrays the protagonist of Dune, Paul Atreides. His father is Duke Leto Atreides (Oscar Isaac), who is under threat by his rival, the Baron of House Harkonnen (Stellan SkarsgÃ¥rd). Meanwhile, Paul’s mother, Lady Jessica, is portrayed by Rebecca Ferguson, while Jason Momoa and Josh Brolin play Duncan Idaho and Gurney Halleck, respectively (both of whom are important characters in House Atreides).

To say more would be to spoil the story, but the themes cover everything from intergalactic politics, religion, and even some colonialist undertones. In addition, you’ll be hearing a lot of Arabic-sounding terms and names, especially in regards to the native people of planet Arrakis, the Fremen (Zendaya plays Chani, one of the more prominent characters from this tribe in the movie). He took a lot of inspiration from Arab, Islamic and Middle-Eastern culture, so don’t be alarmed if it all feels a little too close to cultural appropriation. It’s science fiction, after all.

Sand In Your Eye

I’ve been heaping lots of praise on Dune but of course, it has its flaws. Running at more than two and a half hours, the movie’s pacing may feel a bit odd. The movie’s epic setpieces take place earlier than expected, which causes the third act of the movie to be slower than you’d expect from a space opera like this. In fact, the movie may end a bit too abruptly for some viewers, with a cliffhanger that’s not surprising considering that this is only supposed to be Part One.

Furthermore, some characters do get a lot less screen time as a result as well. To save you of any disappointment, don’t expect to see much of Zendaya’s Chani and several other characters. They’re clearly being saved for bigger and meatier roles in an eventual Part Two. This movie is more like The Fellowship Of The Ring than The Return Of The King, if you catch my drift. It’s best to enjoy our introduction to the Dune universe first, before delving into the eventual good stuff awaiting us.

I won’t mince words: if you’re a fan of science fiction, Dune Part One is a must-watch on the biggest IMAX screen you can find. I’m not exaggerating when I say that this has the potential of becoming the science fiction equivalent of The Lord Of The Rings in pop culture history.

Just keep in mind that this is half of an epic sci-fi tale adapted from the book that was one of the genre’s pioneers. Unfortunately, for now, Dune Part Two has not officially been given the green light as of yet. It would be really devastating if we never get the continuation of this grand sci-fi epic in the making. The only way of ensuring that happens is to go out and watch Dune.

We attended a press screener of Dune courtesy of Warner Bros Malaysia. Dune is slated to premiere on 14 October 2021 in Malaysian cinemas.