Far Cry 6 Starter Tips: How To Arm Yourself For Libertad

Far Cry 6 is out this week. And if you love yourself some high-polished Ubisoft open-world shooter gameplay, this one will impress.

Here are some quick tips when you’re starting out in Ubisoft’s guerilla warfare gaming against Giancarlo Esposito villain archetype’s army..

You Don’t Really Need Soft Round Bullets Later On

When you’re gallivanting in the first “tutorial” island, Isla Santuario, the game teaches you about enemy bullet weaknesses and resistances. For the most part, you’ll need to rely on Soft-Target rounds (for non-armoured enemies) and Armour Piercing rounds (for armoured enemies) to deal with Anton Castillo’s army.

Later on in the game and on the mainland, once you get enough resources to craft other bullet types and unique items from FND crates, you’ll soon realize that Flame, Poison, and Blast rounds will deal with unarmoured enemies better than Soft-Target rounds. Our default loadout after the first 10 hours of the game includes one Assault Rifle with Armour-Piercing rounds, one gun of your choice that deals Blast/Incendiary rounds, and a pure Blast weapon like a grenade launcher.

With guile and hit-and-run tactics, you should be able to deal with most of the enemies with that setup. Also, even with enemy bullet resistances, headshots still deal a good amount of damage.

Yes, Far Cry 6 has two kinds of reloading animations: one where you fill up your half-empty mag and one where your mag’s all empty. Depending on what kind of gun you’re using, its half reload may be slower than a full reload.

Just experiment and test the new guns you have before you go into guerilla warfare. It really sucks to die mid-combat while you’re slowly reloading your assault rifle partially, one bullet at a time, when you realize its full reload sequence is faster.

Start With Madrugada & The Monteros First 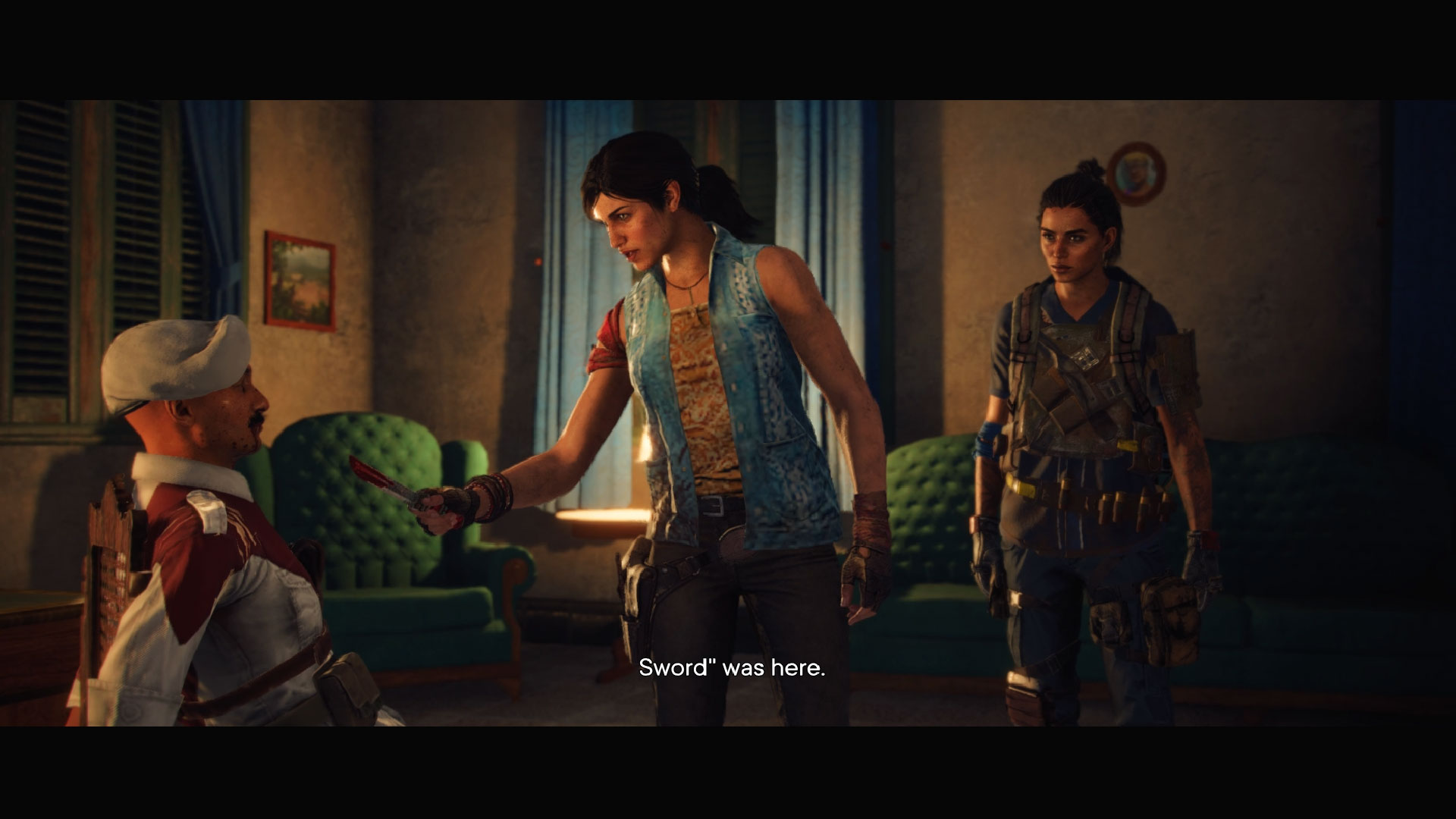 If you want a nice slow time and a decent difficulty curve, start off with the west part of Yara, Madrugada first once you’re done with Isla Santuario. Madrugada is also the first region to also let you recruit the cute-yet-useful stealth distracting Amigo named Chorizo.

If you’re feeling up for a nice action-packed challenge, go with El Este first.

You Can Swap Out Guns Even Out Of The Workbench 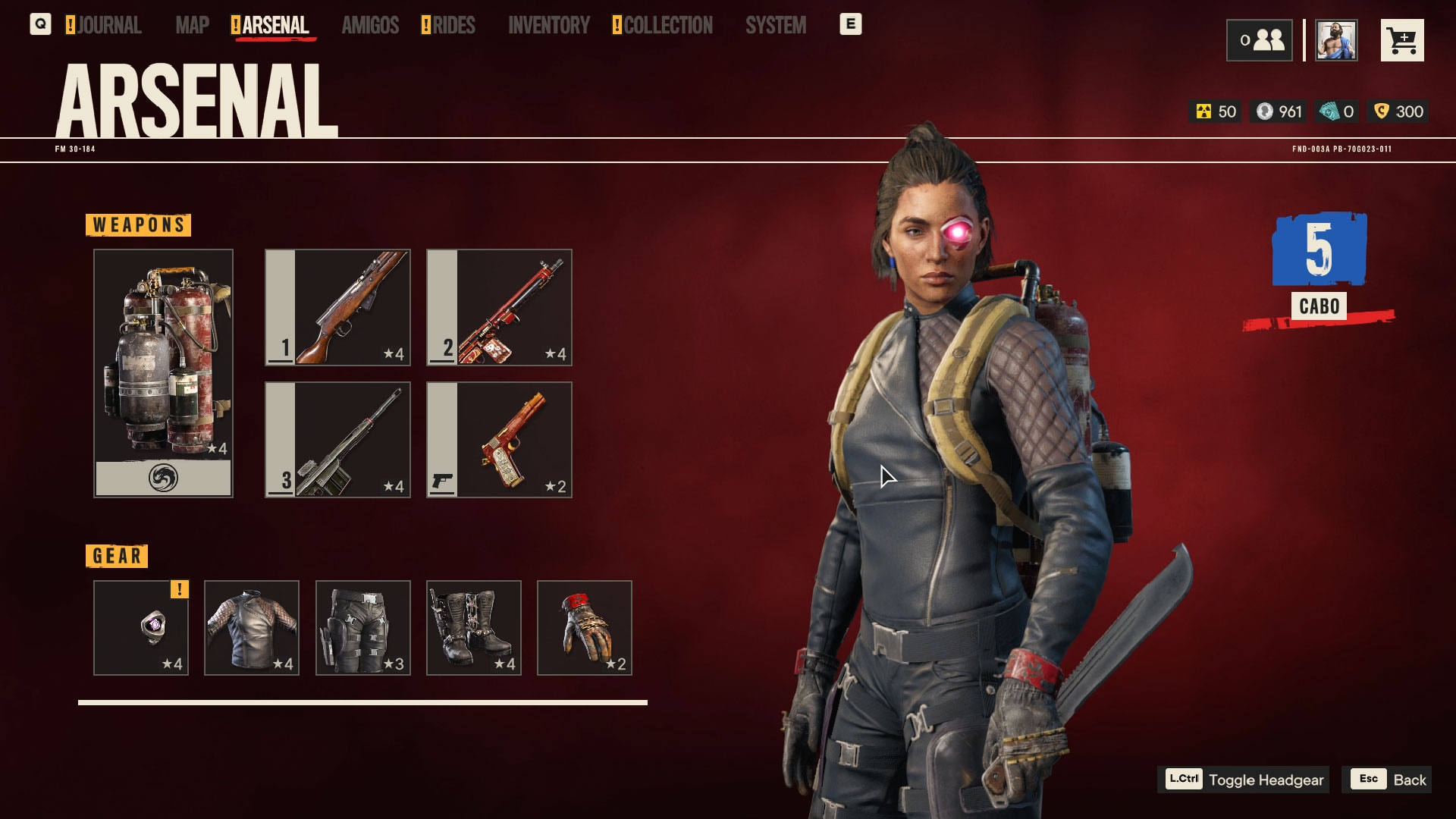 Just a handy tip in case you need to change your LMG to a shotgun before a firefight; case in point in a level full of corridors & close-ranged combat opportunities. You can switch your weapons out anytime, anywhere.

You still need to craft new mods and buffs at the workbench though.

You Can Buy Fast Travel Locations Without Discovering Them

All you have to do is get access to the Construction Desk (via the game’s story mode when you reach the big Yara island). Talk to the Foreman in a Guerilla Camp once you have enough resources -which you’ll get from scrounging areas in the game. Get him to build a Hideout Network.

Once that’s done, talk to the Chief Scout and use up your Yara coins to buy guerilla hideout maps. Boom: instant fast travel spots in unexplored areas to cut down on walking time!

Your Supremos/Ultis don’t just give you a fancy super attack; they can also give you extra abilities. For example, the Furioso Supremo gives you a mid-air dash that’s useful for covering short platforming distances.

The downside? Anything behind you will catch fire from the Furiouso Supremo’s flames.

Experiment with different Supremos and see which ones cater to your playstyle. We just went with the one that gives us air mobility, but other players may prefer buffing people with one Supremo or just disabling cars & helicopters mid-flight with the EMP-focused Supremo.

If you see that FND box icon on your minimap, stop what you’re doing and just open that damn box. Chances are you’ll find some pieces of armour, a nice free weapon, or a Supremo/Resolver resource to power up the game’s Ultis: they’re all useful and worthy of your time.

Your Far Cry 6 guerilla life will be made easier if you can find these weapon and resource caches every chance you get.

Use The Avispa Buzzer

This unique hover vehicle is the Far Cry 6 equivalent of the gyrocopter. It flies, it hovers on water, and it also works on roads and terrain. It’s also pretty agile and less cumbersome than most of the planes and helicopters in the game. Best of all, it doesn’t crash when you land it on the ground or water abruptly.

You can summon it either from the water vehicle or helicopter-summoning spots.

Among all the awesome animal Amigos you get, we personally feel that Oluso the Black Jaguar has the most to offer, at least in the second half of the game. To get him, you need to return three Triada relics to the Oluwa cave in the Ventura Summit. Each of these relics are Treasure Hunt quests located in Madrugada, Valle De Oro, and El Este.

You Can Turn On Enemy Outline In The Game’s Options 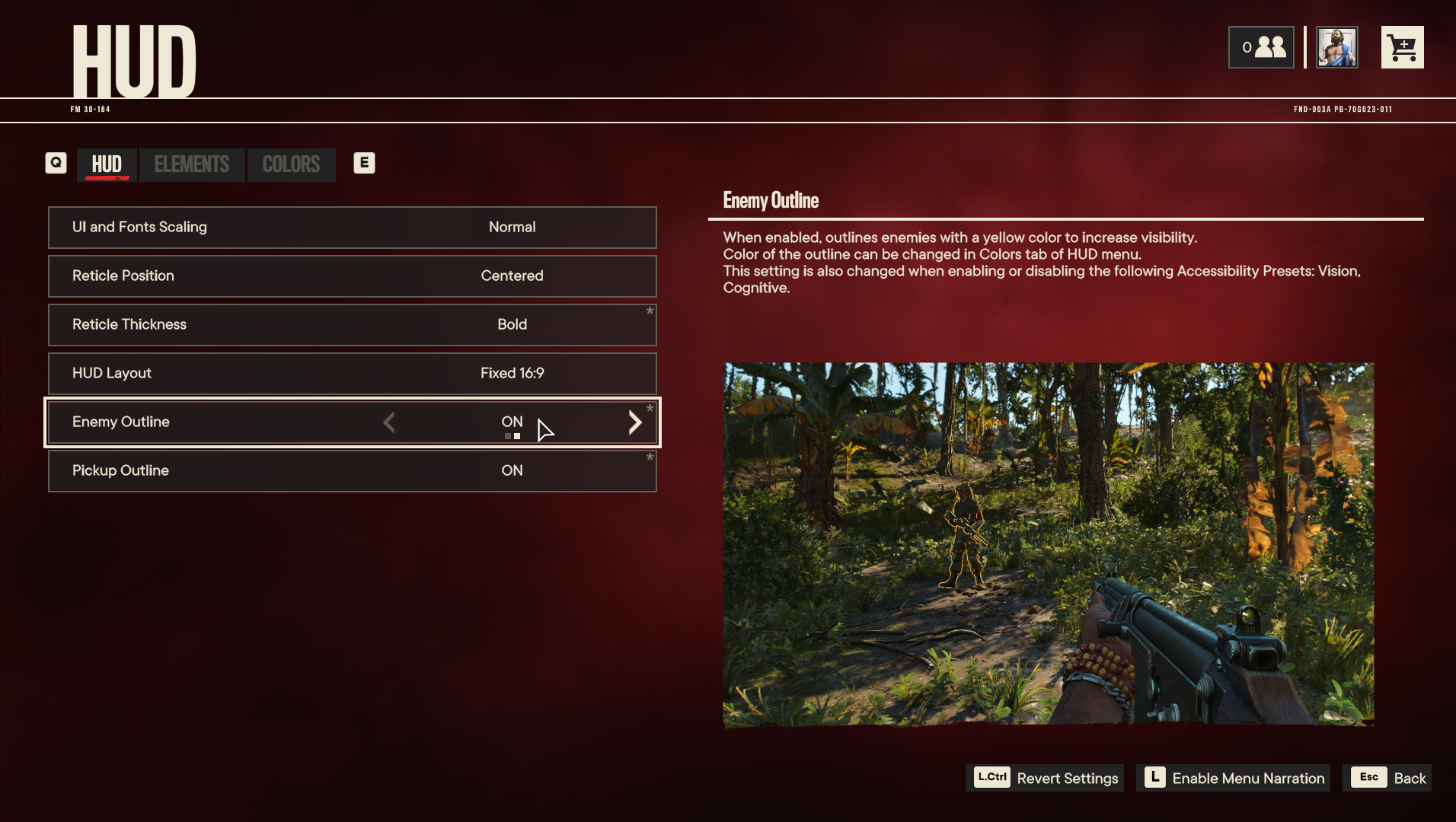 If you’re having a tough time spotting enemies through the lush foliage and canopies of Yara, you can “cheat” and turn on Enemy Outline in the game’s HUD menu. When enabled, this option outlines enemies with a yellow colour to increase visibility. You can change it to any colour in the Colours tab of the HUD menu.

Far Cry 6’s enemies really hit hard and are great shots, and you start off with only one piece of healing kit by default. So turning this on may put the odds slightly in your favour in the first 10 hours.

You’re not reviewing Far Cry 6 on a deadline, so don’t go rushing through the game. Take your time to enjoy Yara’s sights and sounds. Drive around while listening to copyrighted Latin songs that may eff up your livestream unless you shut off the radio in the options.

While you’re on a main mission, go ahead and deviate from the straight path and go raid that military base or uncover all the FND stashes along the way. You may have a revolution to take care of, but that doesn’t mean you can’t enjoy what’s on tap. 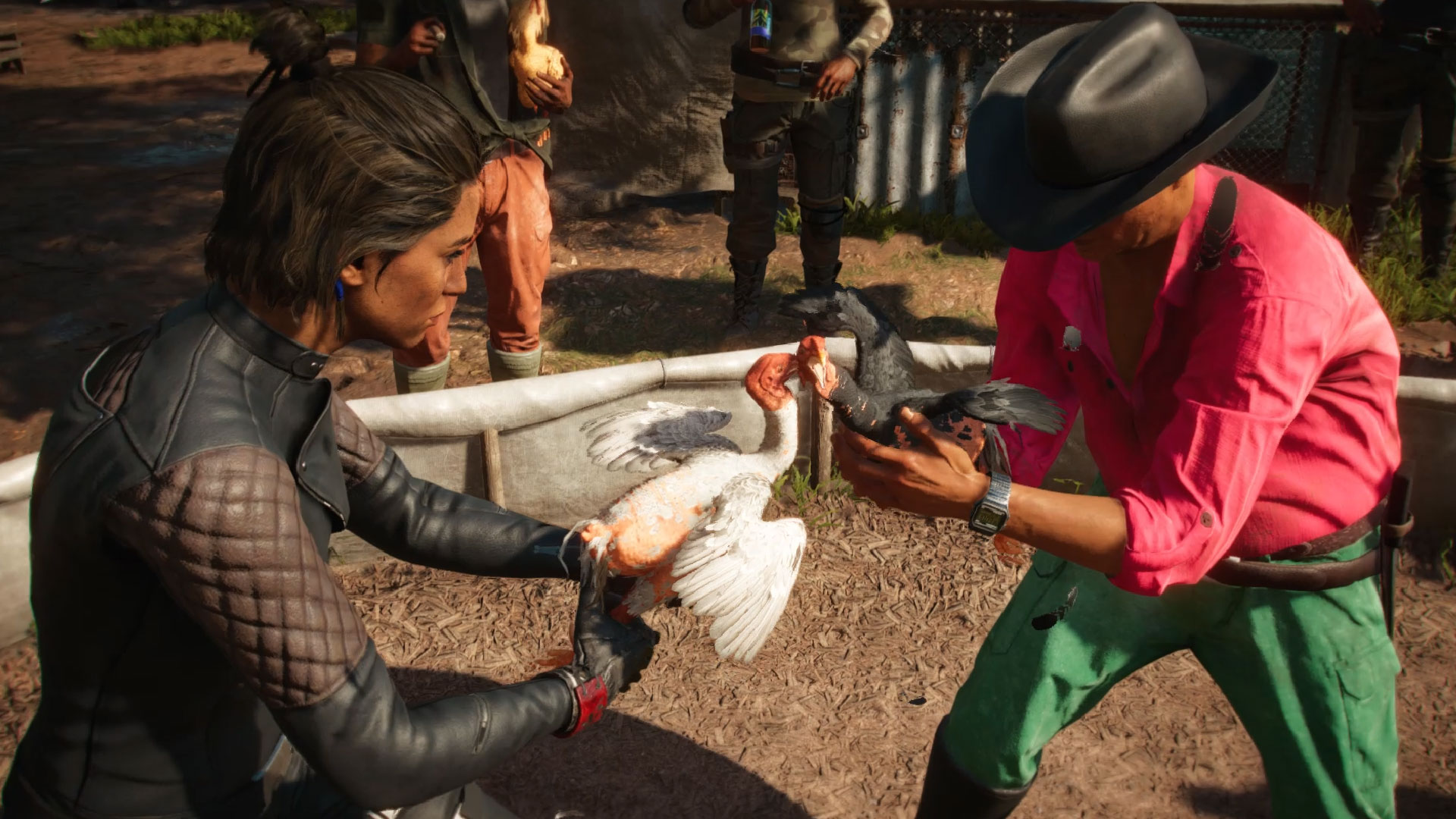 Sorry, fighting game fans. All the cocks here play the same, regardless of how they look. You have to use either the Jump attack, fast Light attack, or Heavy attack to counter whatever your opponent is throwing at you. Also, react with dodges when your opponent’s cock has Super.

In a perfect world, I would be writing a glowing review about the new Predator movie that's out this week. But we're in this timeline, and the film is...

Feature
Football Manager 2021: Why Managing Liverpool Is Harder than You Think

I have come across many posts online about the "best teams to manage in Football Manager 2021". In most pieces, the authors listed down some interesti...