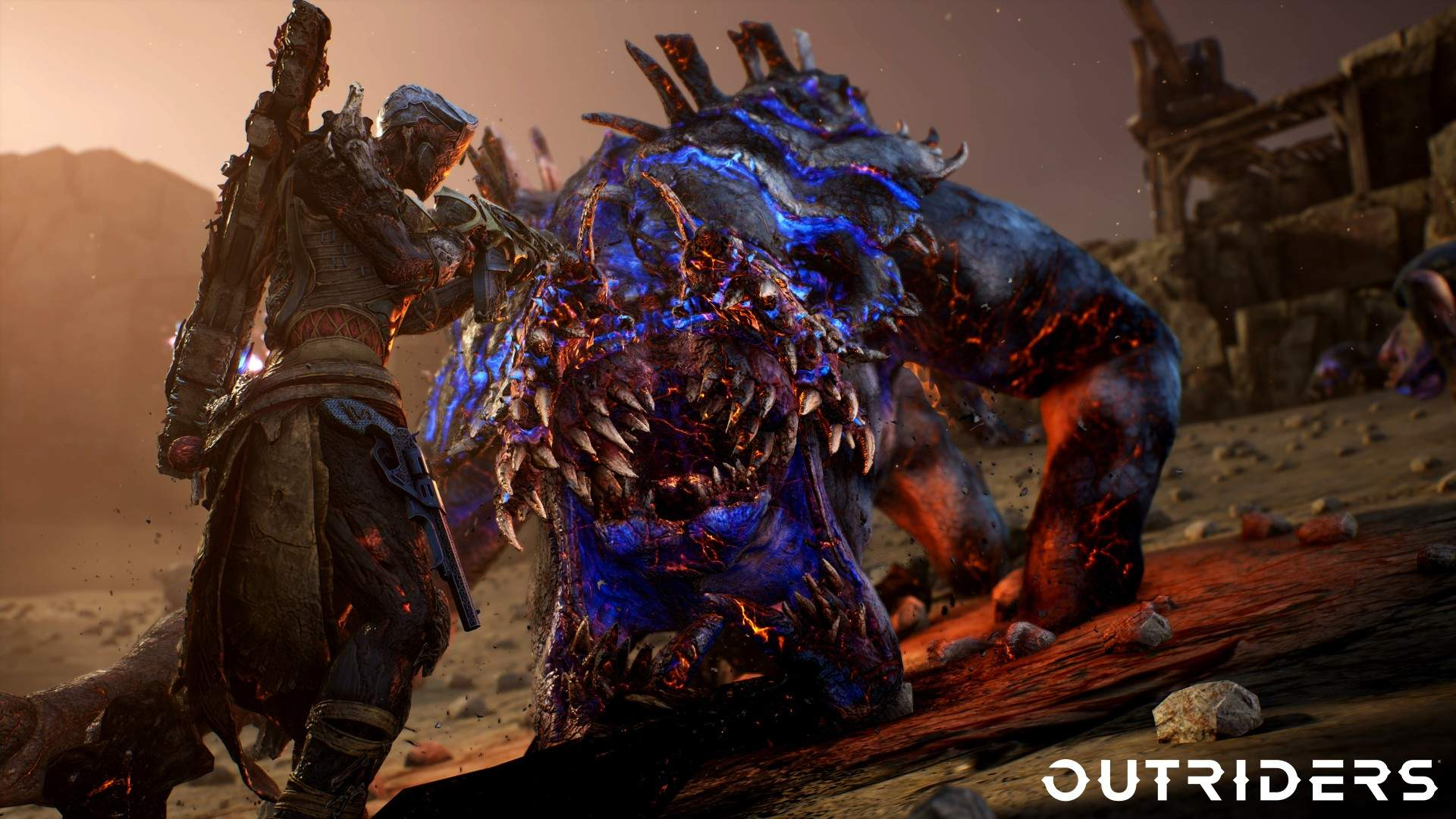 Square Enix and People Can Fly have announced that Outriders is launching for the Microsoft Store on Windows and with Game Pass for PC and Ultimate tomorrow on 19 October 2021.

If this is the first time youâ€™re hearing about our game, Outriders is a brutal RPG co-op shooter whose gameplay is focused on combat, which is equally balanced between gunplay and skill usage.

If youâ€™re already a veteran Outrider on Xbox One and Xbox Series X|S, youâ€™ll be happy to hear that you can transfer your progress between the console and the Windows version if you use the same account on both platforms. However, progress cannot be transferred to or from the Windows version from any other PC storefront (e.g. Steam) or non-Xbox consoles.

Outriders also supports Cross-Play, which allows you to experience the game with players on other supported platforms. That means if you play Outriders through the Windows version, youâ€™ll be able to engage in multiplayer sessions with players who are on Xbox One, Xbox Series X|S, and other platforms. Cross-Play can be enabled or disabled according to your own preferences in the settings menu. OutridersÂ is a complete package, and everything you need to start playing is already in the game, just waiting for you to start your journey.

However, if you fancy a little extra, thereâ€™s aÂ Hellâ€™s Rangers content packÂ which you can purchase separately for up to 10% off with your Xbox Game Pass membership discount.Â The Hellâ€™s Rangers pack includes some exclusive weapons, armour, and designs for your in-game truck. Aside from looking awesome, this gear will give you a bit of an advantage during the early section of the campaign as it includes a few weapon mods that would normally only be unlocked later in the game.

In the meantime, you can check outÂ what we thought about theÂ OutridersÂ demo here, orÂ head on over hereÂ for our guide on how to get the best legendary weapons and armour in the game.

Apex Legends Season 2 Patch Is As Big As The Game