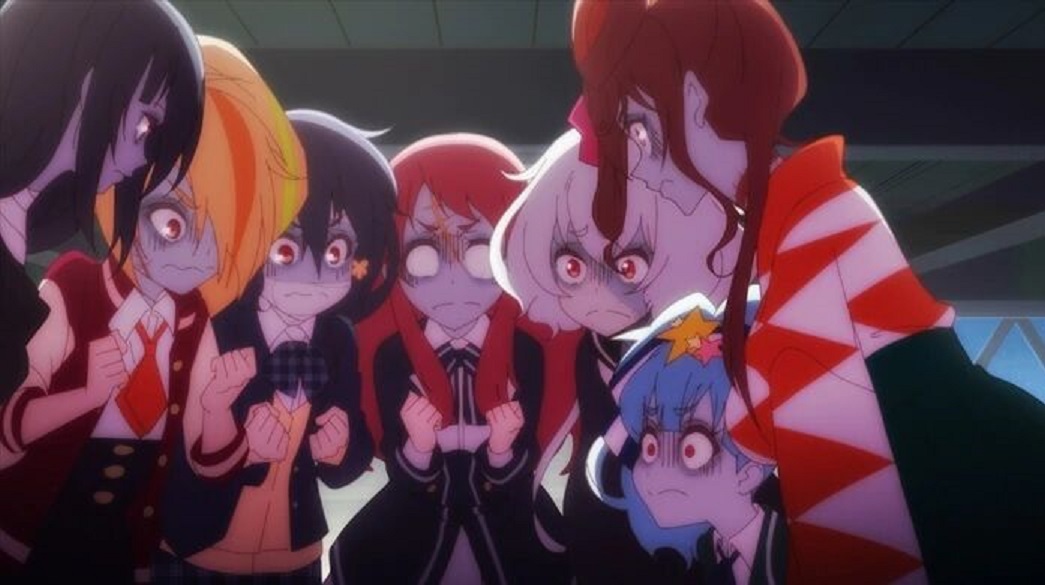 Zombie Land Saga, the really funny anime series about zombie girls and J-pop idol trials and tribulations, is getting a film project.

Here’s the first look at the official poster. The zombie girls seem angry at something, and the trail of dirt looks like they might be beamed up somewhere. Are we going to see some hot zombie J-Pop idol action in space?