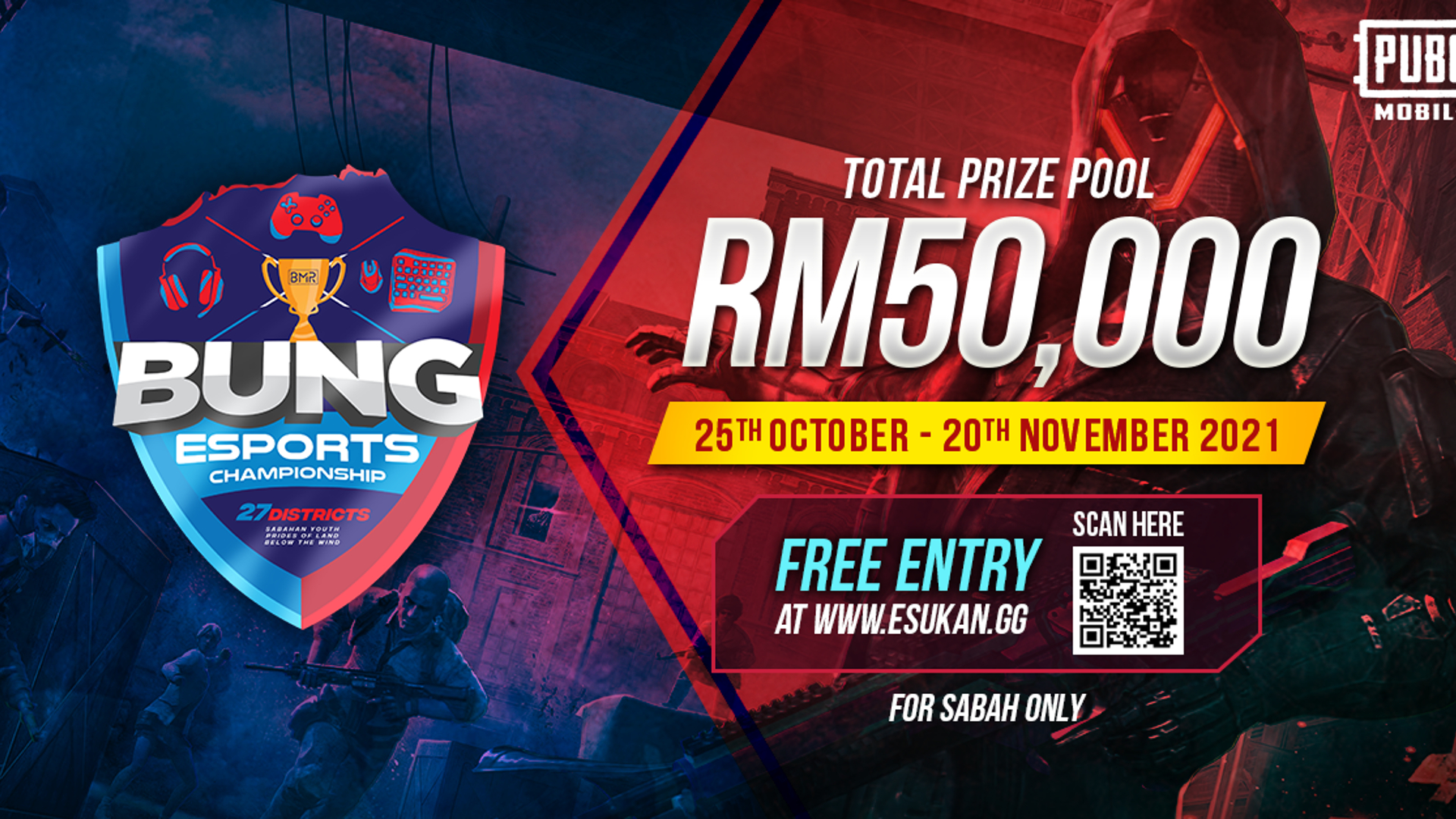 Sabah has announced the launch of the Bung Esports Championship, the largest PUBG Mobile tournament ever with a prize pool of RM50,000 on Esukan.gg, which is a centralized National Esports Management platform jointly developed by Impact Integrated and Techninier Sdn Bhd (Techninier).

Bung Esports Championship is part of the Sabah governmentâ€™s efforts to elevate the Esports scene in the Sabah community and create more opportunities for Sabahâ€™s Esports players to reach the global competitive scene.

Organized and sponsored by Techninier and endorsed by the Sabah government, the Bung Esports Championship is open to 512 teams (or a total of 2,048 players). The two-day qualifiers in group stages will run on 13th to 14th November and 22nd to 23rd November 2021, followed by the semi-finals and grand finals to be broadcast live from 27th to 28th November 2021.

â€œEsports continue to grow rapidly into one of the largest revenue makers in the world and a key industry in the Industrial Revolution 4.0 (IR4). Therefore, it is crucial to further develop the Esports scene in the state by creating more opportunities for aspiring Esports players in Sabah, which will lead to many more opportunities to compete on the global stage.

Additionally, this will also help create revenue for the economy in Sabah and grow it as a hub that welcomes a new generation of talented tech professionals to build their careers at.”

The tournament will be held on Esukan.gg, the National Esports Management platform for all tournaments in Malaysia, which has achieved great milestones in recent years. It served as the official platform for the inaugural Malaysia Esports Championship Season 2020/2021, a tournament participated by over 11,000 Malaysians with over 1.6 million views online.

In addition, it was the official platform for Malaysia Esports League 2021, the countryâ€™s first national-level Esports league with over 100,000 registrations from local grassroots players. Recently, it also hosted the countryâ€™s first-ever Para Malaysia Esports League 2021 (Para MEL21) for the Esports players with disabilities from 18th – 24th October 2021 in an effort to foster inclusivity in the local Esports scene as well.

â€œWe are pleased to receive the Sabah governmentâ€™s full support and endorsement to launch the Bung Esports Championship. This tournament aims to encourage more youth and Esports players in Sabah to participate in Esports events through the Esukan.gg platform and elevate the Esports scene within the local community.

To achieve this, we will be working closely with the Sabah government to organize more Esports events and broaden job opportunities for the Esports professionals such as event organizers, streamers, content creators, casters, professional players and more. We want to support players to pursue their dreams in Esports by providing them with a platform that is filled with a wide array of opportunities for them to do so.”

Registrations for Bung Esports Championship will start on 25th October 2021 and is set to close on 20th November 2021. The tournament is open to all Sabah residents and natives where players will battle it out in teams of four for a prize pool of RM50,000.