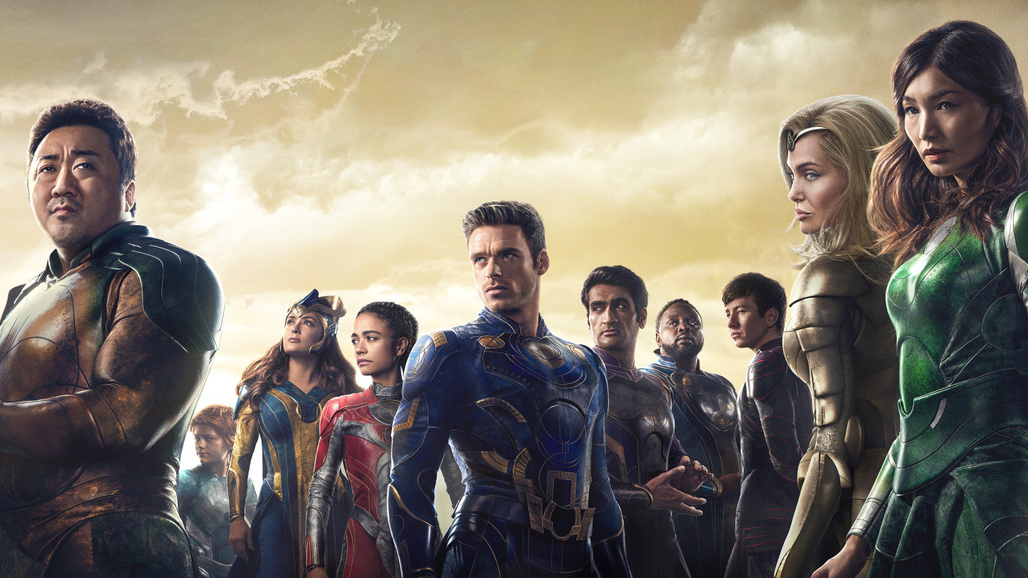 I remember writing over two years ago about why Marvel’s Eternals is the studio’s biggest risk yet. That’s holding true so far, as the Rotten Tomatoes of the movie currently stands at 66 percent at the time of writing. That’s the lowest of any Marvel Cinematic Universe (MCU) movie yet, but this isn’t a review of the movie just yet (look out for that soon!).

The Eternals are perhaps even more obscure than the Guardians Of The Galaxy was before their movie was released. Don’t worry though, here’s a brief primer to introduce you all to them before the movie releases on 4 November 2021.

Marvel Studiosâ€™Â EternalsÂ follows a group of heroes from beyond the stars who had protected the Earth since the dawn of man. When monstrous creatures called the Deviants, long thought lost to history, mysteriously return, the Eternals are forced to reunite in order to defend humanity once again.

Who Are The Eternals?

In the comics,Â The EternalsÂ were created by the late legend Jack Kirby in 1976. A race of space gods called the Celestials (who you may have noticed in a flashback in 2014â€™sÂ GOTG) arrived on Earth millennia ago and experimented on humanity, thereby creating two offshoots: the Eternals (who look like humans) and the Deviants (who look like disfigured monsters).

The Eternals can best be described as what humans would call â€˜godsâ€™, or rather â€˜godsâ€™ in the way that Marvelâ€™s Asgardians are also regarded as â€˜godsâ€™. Some of these Eternals are actually based on and inspired by existing mythologies like Greek and Mesopotamian, so you might recognize several of their names, like Gilgamesh and Thena (based on Athena).

Each Eternal possesses a range of superpowers. Some are super strong, some are super fast, some are super smart, some can shoot lasers out of their eyes, you get the gist. The Eternals also have the unique ability to combine their powers and minds with the Uni-Mind, can combine to wield powers that they otherwise canâ€™t; they can merge their physical and mental states into a psychic being or state known as the Uni-Mind. Think of it as similar to that of the Avatar State in Avatar The Last Airbender, but requiring the combined powers of several Eternals.

The Eternals comics also established that the Eternals fought not only against Deviants, but also amongst themselves. This civil war resulted in some of the Eternals going into space. The leader of the losing faction, A’lars, went to Titan (a moon of Saturn) and settled there. He later went by the name Mentor and married a woman named Sui-San. They later had two children, Eros AKA Star-Fox and Thanos (yes, that Thanos). That’s how Thanos is related to the Eternals. Despite being an Eternal, Thanos is a mutant with Deviant genes, which explains his more alien and less human appearance.

There hasn’t actually been many comics featuring the Eternals over the years. Most of them have been short-lived, which is the reason why they’re so obscure. They are also rarely involved in big epic crossovers like Civil War, Secret Wars, Secret Invasion, and others.

In a recent storyline in the Avengers run by Jason Aaron, Paco Medina and Ed McGuinness in 2018, the origins of the Eternals were retconned. It turns out that they were never meant to have a glorious purpose of any kind. They were just there to help humanity grow as a potential anti-body against a Celestial-killing virus named the Horde.

What We Know About The Eternals In The MCU

From the trailers, we already know that the events of the movie take place post-Avengers Endgame.

â€œFive years ago, Thanos erased half of the population of the universe. But the people of this planet brought everyone back with a snap of a finger.â€

However, the events have caused an unexpected conflict for them, as â€œthe sudden return of the population provided the necessary energy for the Emergence to begin.â€

What is the Emergence? We still don’t know.

Besides that, we also know that the Eternals were instructed by the Celestials not to interfere in human matters, which is why they didn’t help fight Thanos. The return of the Deviants is what causes the Eternals to reunite, even though they haven’t seen each other for centuries.

Meet The Eternals & Other Characters In The Movie

A fierce warriorÂ Eternal who can form any weapon out of cosmic energy, and develops a close bond with Gilgamesh over the centuries.

In the comics, Thena is also a former lover of the Deviant leader named Kro. Perhaps that will also be the case in the MCU version as well.

The tactical leader of the Eternals who can fly, project cosmic energy beams from his eyes, and has superhuman strength. He’s basically the physical powerhouse of the Eternals, and kind of like a Superman archetype in a way. He will have a romance with Sersi (see below).

An empathetic Eternal with an affinity for humankind who can manipulate matter. She has been in love with Ikaris for centuries and poses as a museum curator on Earth.

In the comics, she is one of two Eternals who have been an Avenger (the other is Gilgamesh).

An Eternal who can project cosmic energy projectiles from his hands.Â Enamoured with fame, Kingo becomes a popularÂ Bollywood film star to blend in on Earth.

An Eternal who uses her cosmically powered super-speed to scout planets. She is the first deaf superhero in an MCU film and, as such, she is not affected by the sonic booms she creates.

An Eternal and an intelligent cosmic-powered inventor who secretly helps humanity progress technologically.

The wise and spiritual leader of the Eternals, who has aided the advancement of human civilization and is able to use her abilities to heal. Ajak is the one who communicates with Celestials.

An Eternal who can project lifelike illusions. Sprite appears to be a 12-year-old child, but she is stronger and cleverer than she looks.

The strongest Eternal who can project an exoskeleton of cosmic energy. He becomes Thenaâ€™s partner in their exile from the other Eternals.

He is only other Eternal (besides Sersi) who have been Avengers in the comics.

An aloof Eternal who can use cosmic energy to control the minds of others. He becomes withdrawn from the other Eternals because he disagrees with their interactions with humankind.

Dane Whitman AKA The Black Knight

A human warrior who wields a mystical sword, who will later become the Black Knight. In the comics, the Black Knight is also one of the Avengers, so we might see him wielding the Ebony Blade soon.

What makes the Black Knight different is that his powers are more of a curse than a gift. The Ebony Blade gives its wielders great power but it also corrupts them and makes them susceptible to the darkness.

Arishem The Judge is pretty much the leader of the group of Celestials who experimented on the human race and created the Eternals/Deviants.

Will he be a villain? We’ll have to wait and see.

Kro (Leader Of The Deviants)

Kro is the leader of the Deviants. The comic book version is more of a tactician and military commander than a fighter like Thanos, but it looks like the MCU version might be more powerful and be able to go toe to toe against the Eternals. In the comics, Kro is also a former lover of Thena with a shared history. That might also be true here since we see him in a scene with Angelina Jolie’s Thena in the trailer.

Stay tuned for our review of the movie soon!

First Bond No Time To Die Trailer Is Coming This Week