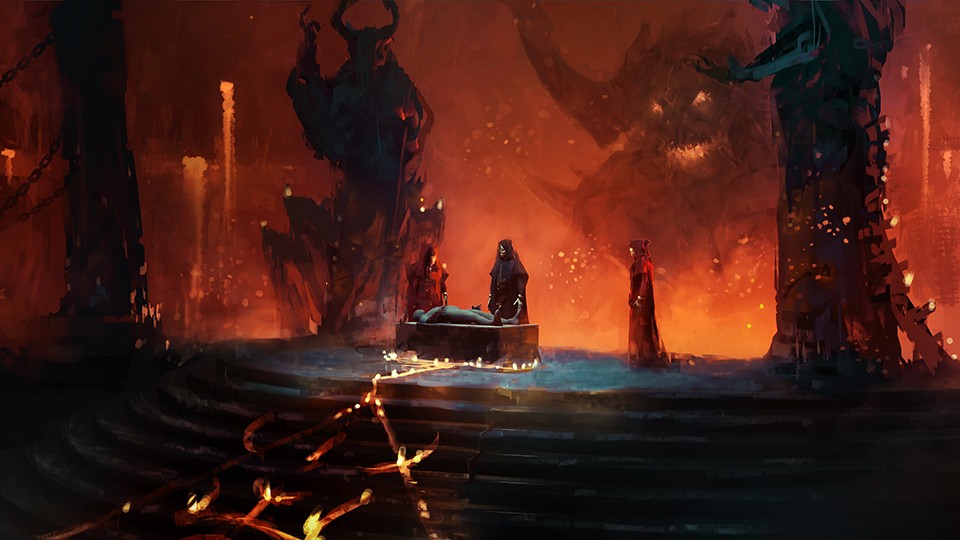 Blizzard’s year-end update for its upcoming action RPG Diablo 4 is up, and details the endgame.

According to the company, Diablo 4’s endgame will offer “more depth and replayability” than the Paragon system in Diablo 3, which most of us are playing right now for its latest Season. While Diablo 4’s endgame levelling up system is still called Paragon, there are major changes.

Once a player hits level 50, they’ll gain access to the Paragon Board, which uses tiles to enable certain specific power boosts and character customization. The process starts at the center of the board. As you gain Paragon levels, you get to choose which powerups you want on the tile. You can either go upwards or downwards all the way on the board. Some tiles are sockets for glyphs found in the game that offer different benefits when inserted into the board. Basically, it’s like Path of Exile’s grid system but for Diablo 4.

Once you reach the end of the board, you’ll find a gate tile that unlocks other Paragon Boards, which have their own powerups and tiles.

“Once your hero reaches a gate tile, youâ€™ll choose which new paragon board you would like to attach to at that location. The desired outcome is a personalized set of bonuses that will empower your hero and honor your dedication to their progression, that will remain fun to tweak and adjust over many playthroughs.”

Depending on which side of the fence you’re on, Diablo 4’s Paragon system is either complex or complicated. Either way, it’s definitely a little different than the last game’s more straightforward route. Diablo 4 will be out eventually, just not in 2022. In the meantime, enjoy the game’s latest videos below that detail how things die spectacularly.