Doctor Strange In The Multiverse Of Madness Teaser Trailer Breakdown

I guess the cat’s out of the bag. Marvel has officially released the Doctor Strange In The Multiverse Of Madness teaser trailer, which was originally included as the second post-credits scene for the recently-released Spider-Man No Way Home. That was definitely faster than expected.

Marvel’s What If…? Connection And Doctor Strange Supreme 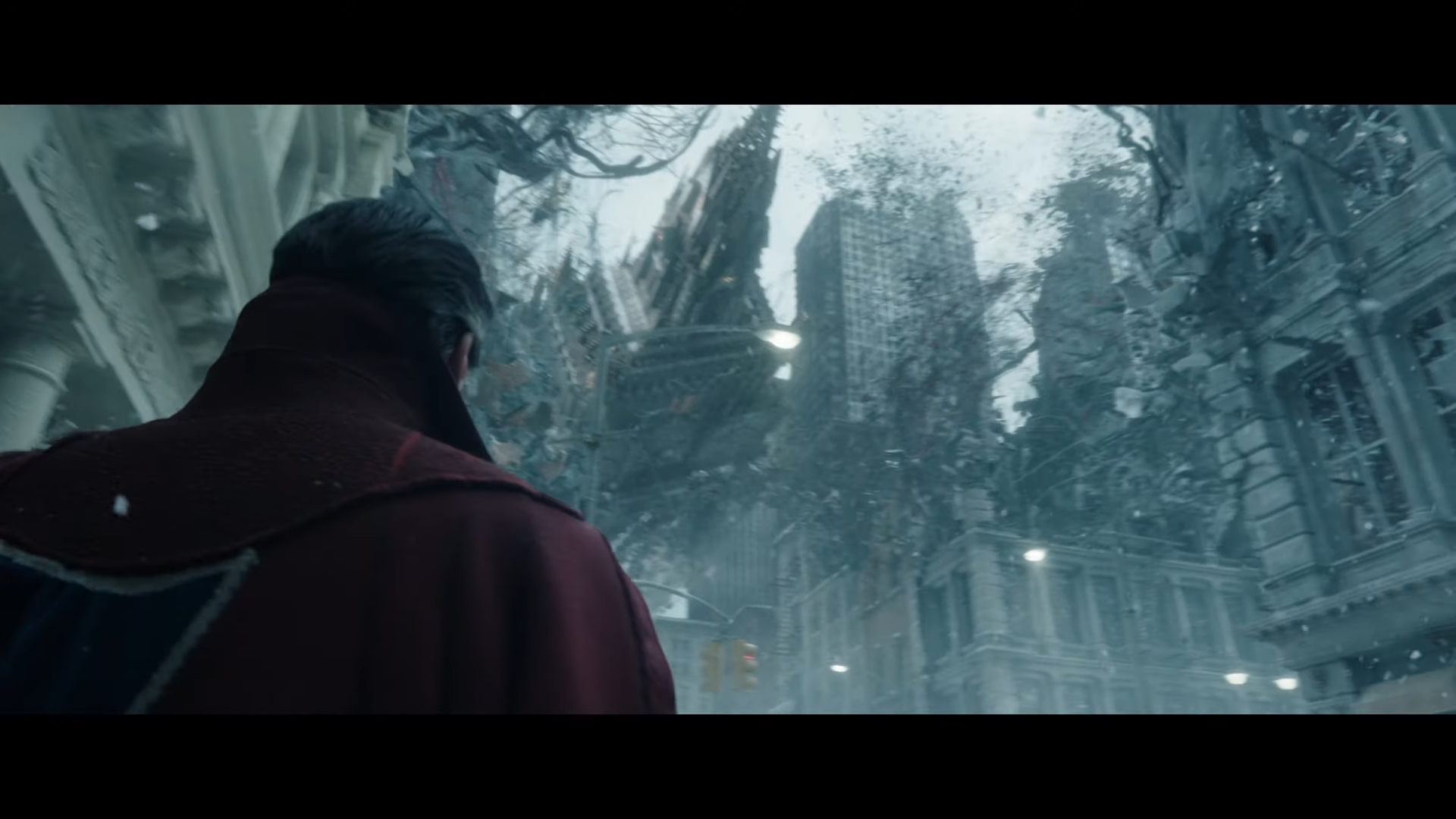 The trailer begins with a live-action version of what happened inÂ Marvelâ€™s What Ifâ€¦?Â Episode 4. If you donâ€™t remember, a Doctor Strange variant destroyed his own universe by going back in time and changing the Absolute Point (a fixed point in a timeline). This Doctor Strange variant also absorbed dark magic and beings to become powerful.

Is this the same Doctor Strange Supreme from Marvel’s What If…? or is this a different Doctor Strange variant? Perhaps an even more powerful or darker version? 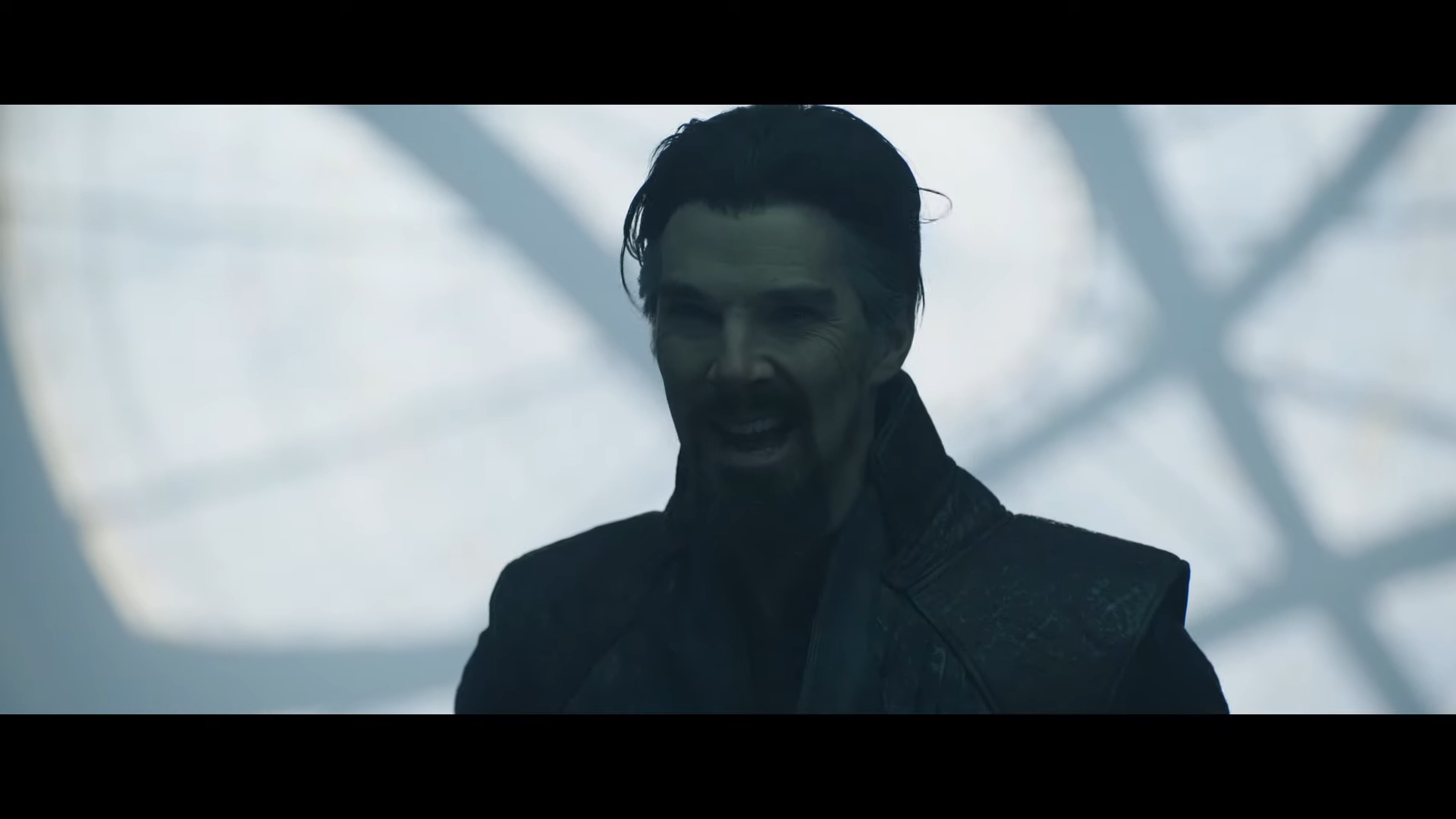 This scene is weird because Christine Palmer (Rachel McAdams) hasn’t been mentioned or seen since 2016’s Doctor Strange. We have no idea if Stephen is even still in a romantic relationship with her. That is why this scene might be featuring a variant of Doctor Strange and Christine Palmer, or it might be the MCU version for all we know. Who knows?

The Branches Of Yggdrasil And Huginn/Muninn? This might be a stretch, since this might just turn out to be a normal bird. However, that looks a bit like one of Odin’s ravens, either Huginn or Muninn. They’ve actually been seen in several MCU movies, including 2010’s Thor and others. Plus, the branch it’s sitting on might be one of the branches of Yggdrasil, the tree of life connecting the nine realms in Norse mythology.

Our First Look At America Chavez 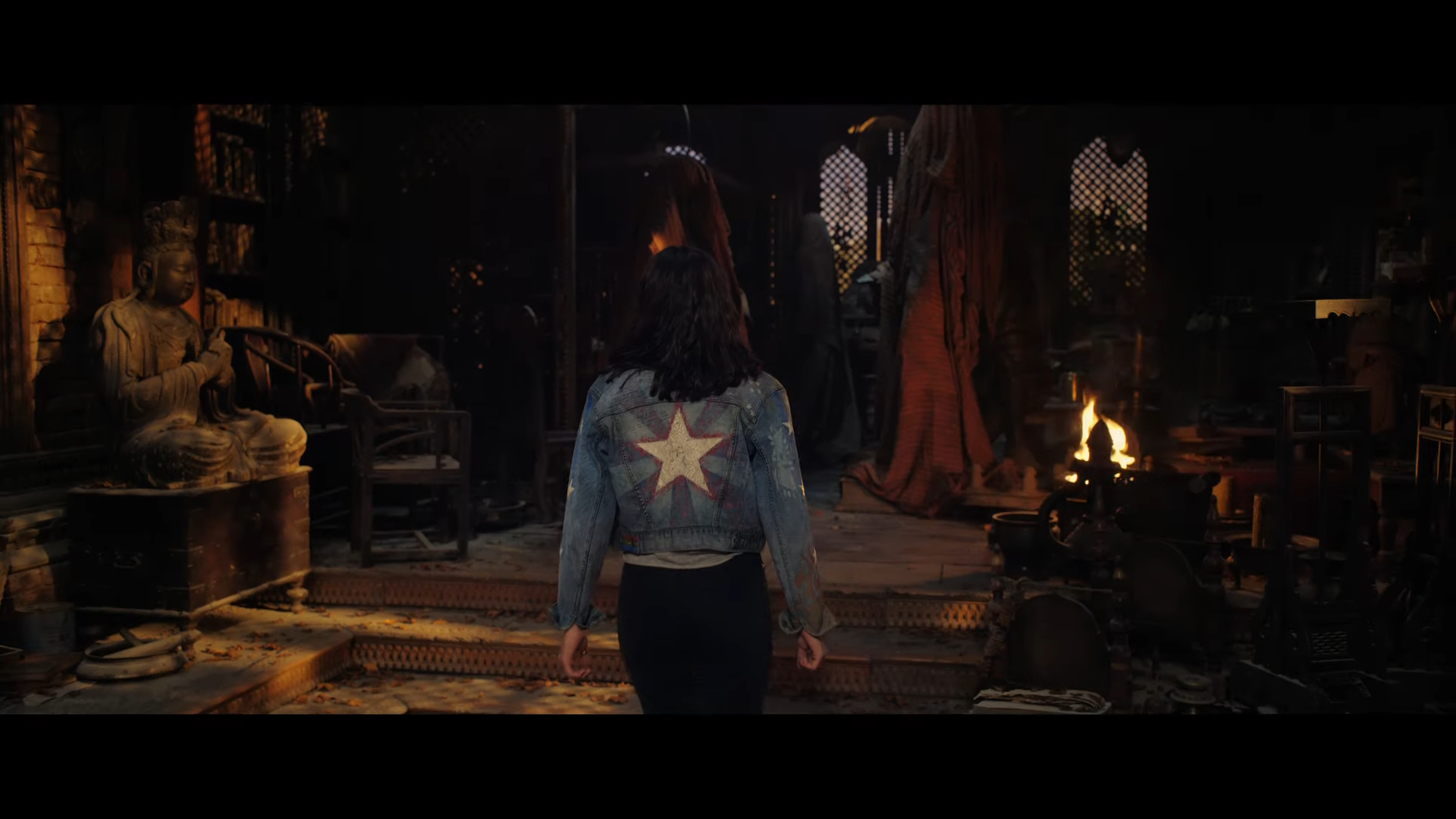 In theÂ Doctor Strange In The Multiverse Of Madness teaser, we also catch a glimpse of America Chavez (or Miss America, but she rarely goes by that superhero name). Who is she? Well, she will be played by actress Xochitl Gomez, and the upcoming movie will be her MCU debut. In the comics, America Chavez is from the Utopian Parallel, a reality that is out of time and in the presence of the being known as the Demiurge (who Wandaâ€™s son, William â€˜Billyâ€™ Kaplan, is destined to become).

She later joins the Young Avengers, along with Kate Bishop and others. She is super strong and she can fly, but what makes her unique is that she can open star-shaped portals to other universes, which means that she can easily traverse the multiverse, something that even Doctor Strange finds hard to do.

Wong Gets Captured By Someone Or Something 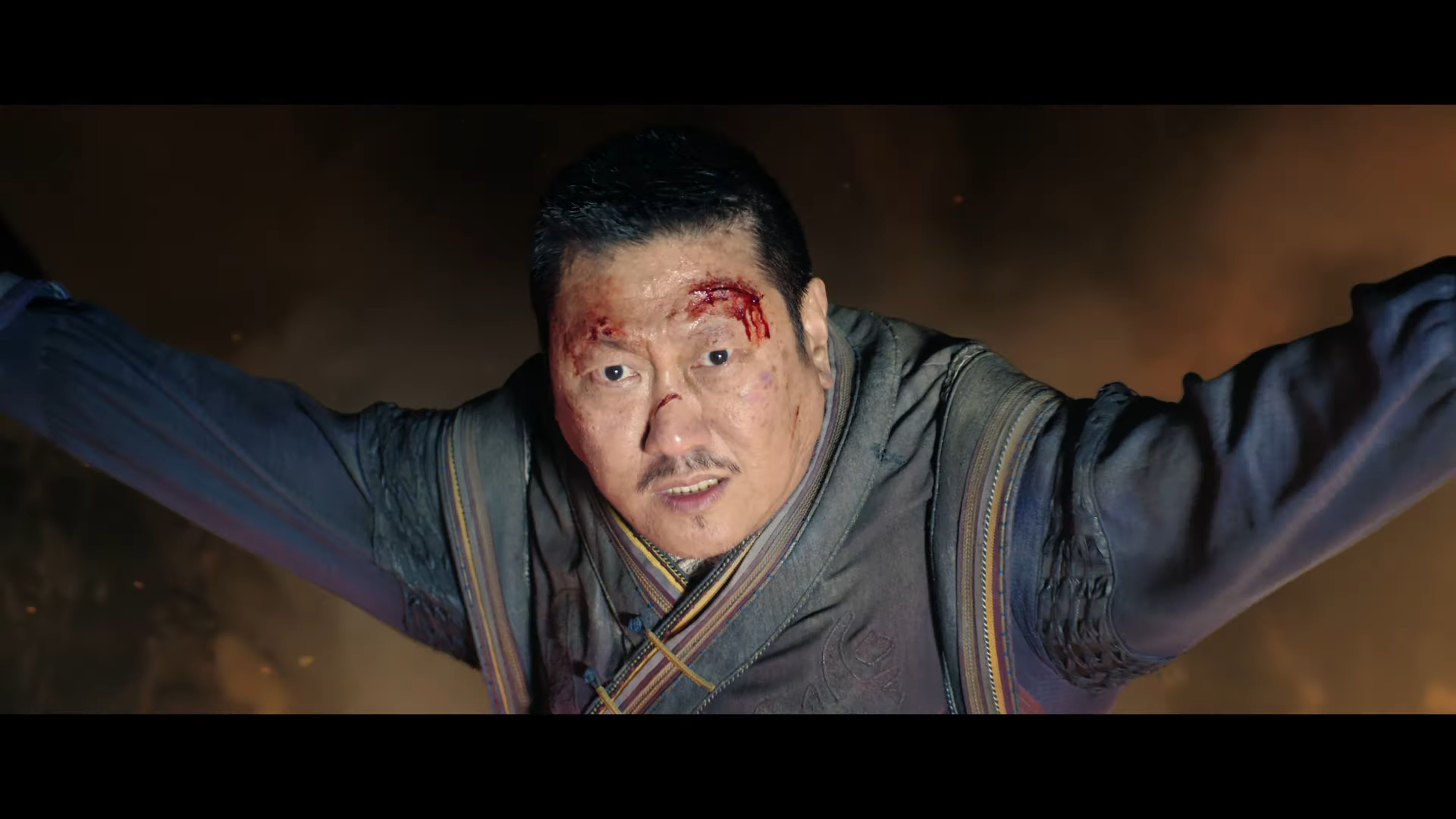 Ever since the events ofÂ Avengers Endgame, weâ€™ve seen Wong play a more active role while weâ€™ve seen relatively little of Doctor Strange. We saw Wong inÂ Shang-Chi And The Legend Of The Ten Rings, taking charge of the Abominationâ€™s training and then the investigation of the origins of the Ten Rings. Now we know why he was the one doing all that and not Doctor Strange. 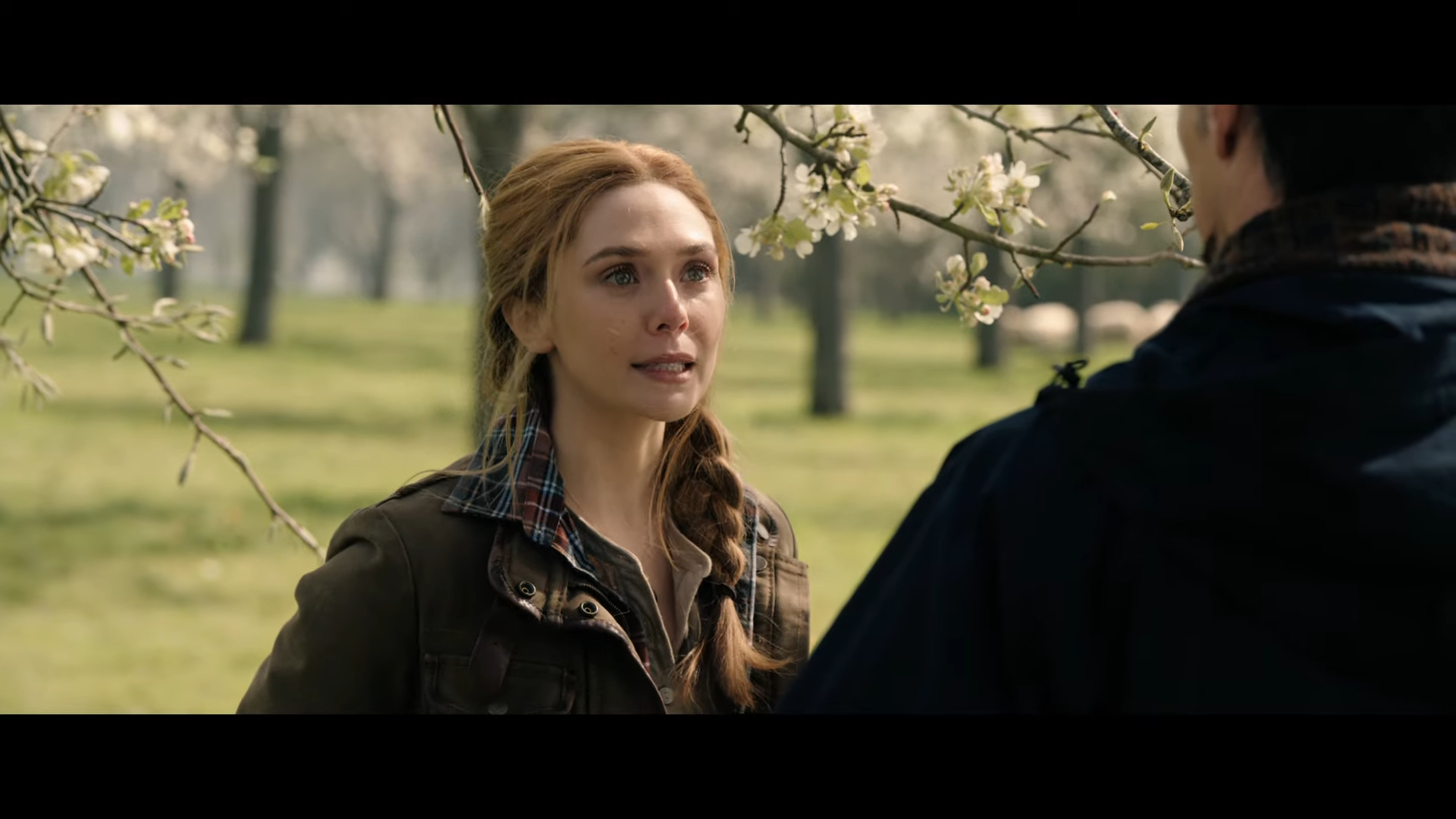 In theÂ Doctor Strange In The Multiverse Of MadnessÂ trailer, we see Doctor Strange asking Wanda for help with the multiverse. Perhaps to fight against Shuma-Gorath, since the MCU version of Wanda hasÂ already been confirmedÂ to be a user of chaos magic.

The last time we saw Wanda was inÂ WandaVisionÂ Episode 9, with Wanda somewhere in a remote location near the mountains (Wundagore Mountain?), sitting on a porch sipping a drink before we see an astral projection of the real Wanda who is reading the Darkhold. We then hear the sounds of her children screaming for her help.

However, in the trailer, she looks more â€˜normalâ€™ and less unstable. Doctor Strange does mention â€˜Westviewâ€™ when he says that what he needs help with has nothing to do with that, which means that he does know what transpired inÂ WandaVision.

It’s interesting to keep in mind that she might even turn out to be a potential villain. Maybe the multiverse is finally her way to bring her children (Tommy and Billy) back to life. If that happens, we might be getting to Avengers The Children’s Crusade in the near future (it’s not a coincidence, since Kang The Conqueror is the antagonist of that story. Baron Mordo Is Back 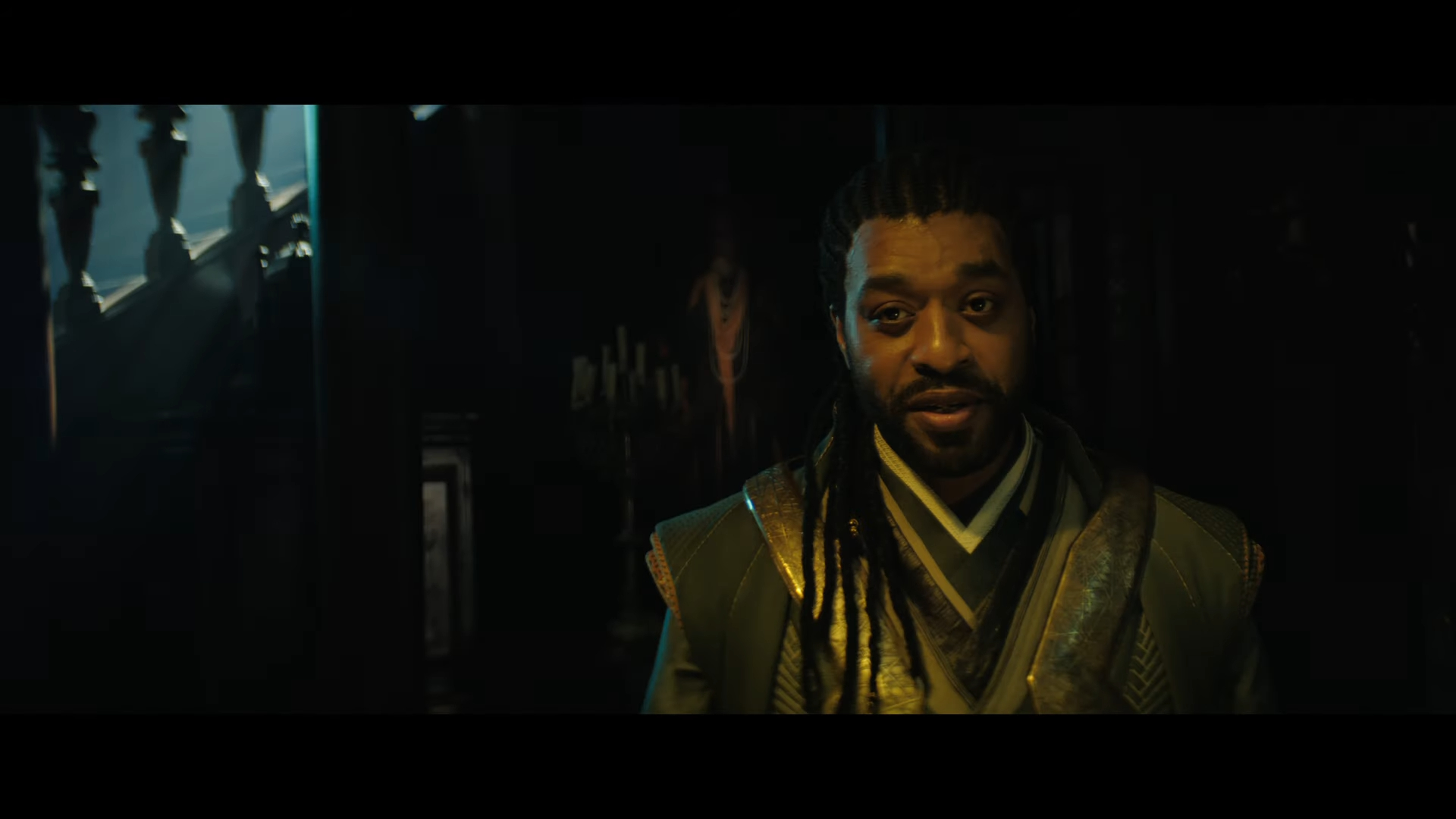 Last but not least, Karl Mordo finally returns as he makes an appearance in the trailer. The last time we saw him was in 2016â€™s Doctor Strange, where he vowed to hunt down all magicians and sorcerers who practice unnatural magic. According to him, Doctor Strange is one of those people. However, itâ€™s weird that itâ€™s taken him this long to go after Doctor Strange.

In the trailer, he says this to Doctor Strange:

â€œI hope you understand the greatest threat to our universe is you.â€ He is one of the Old Ones (or Many-Angled Ones), so heâ€™s basically like Cthulhu from Lovecraftian lore. He even looks the part with one eye and tentacles.

However, inÂ Marvelâ€™s What Ifâ€¦?Â Episode 1, we only see the tentacles and no eye so the monster is not confirmed to be Shuma-Gorath. Still, it could very well be. What else could it be? An octopus?

Plus, Shuma-Gorath isÂ one of several villains that I predictÂ could potentially be in 2022â€™sÂ Doctor Strange In The Multiverse Of Madness.

What Will Happen InÂ Doctor Strange In The Multiverse Of Madness?

Obviously, thereâ€™s too little and too early to say too much about what will happen inÂ Doctor Strange In The Multiverse Of Madness. It is slated to release on 6 May 2022, so we still have a while yet before it comes out. Marvel will probably still have a few cards up their sleeve to reveal before and leading up toÂ Doctor Strange In The Multiverse Of Madness.

Weâ€™ll probably be getting a few more Disney+ series before that movie, includingÂ Moon Knight,Â She-Hulk,Â Ms. MarvelÂ and more. All I can say for now is that itâ€™s a damned good time to be a comic book fan, and Iâ€™ll be there with you guys for everything Marvel-related.

We already have a few potential villains to look forward to, including Doctor Strange Supreme, Shuma-Gorath, Mordo, and maybe even Wanda herself.

Check out the teaser trailer below:

Rolling Stone recently published an exclusive story showcasing Street Fighter 6's main theme "Not On The Sidelines". The theme is a hip-hop track that...

Calling all Tank Commanders! The Trade-In feature is back for World of Tanks, but for a limited time only so grab the keys to your garage cuz we all ...

Kakuchopurei is proud to announce our collaboration with Codashop, a one-stop online portal where gamers - of any platform - can go to purchase in-gam...