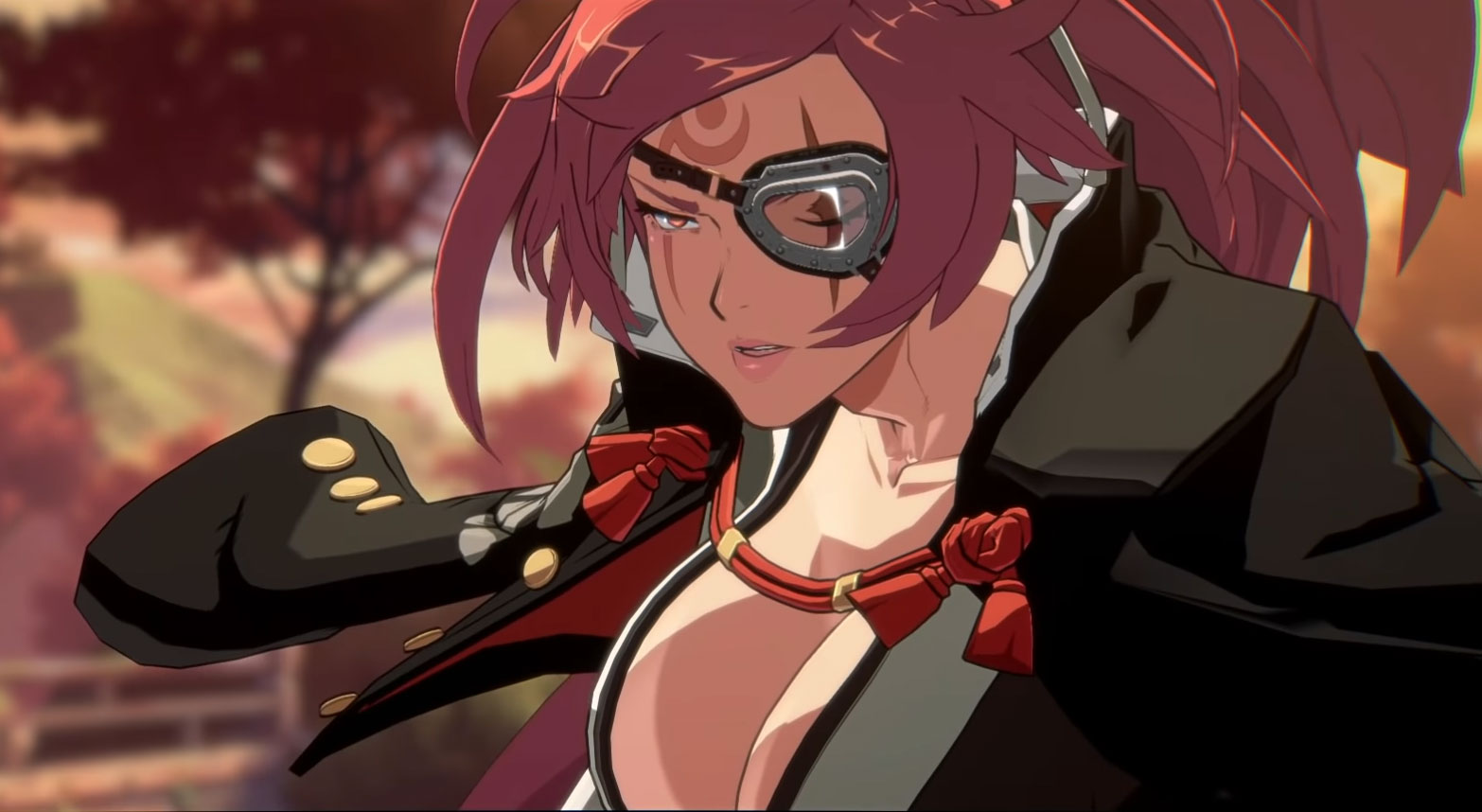 Guilty Gear Strive fans are no doubt excited about getting another character in the roster: series fan favourite Baiken. Fans have gone on record saying that if Baiken doesn’t show up in a Guilty Gear game, they won’t buy the title. This is in spite the fact that they probably won’t use her in both regular and tournament play.

And it’s easy to see why she is a fan favourite: her unique one-armed sword fighting style, her brash swagger, and her well-endowed stature. Don’t believe us? Look at the videos below:

How did it come to this? Well, all signs point at her Guilty Gear Xrd Rev 2 appearance where her top lady bits -sticking onto her “loose” samurai garb like velcro- are just an important part of her identity as her eyepatch and missing arm. Her sweep animation is clear proof of this as her funbags cushion her fall.

It wasn’t always like this though. Her very first appearance as a secret character in the first Guilty Gear back in 1998. She’s basically Rurouni Kenshin’s Kenshin Himura but female, one-armed, and missing an eye, complete with loose kimono garb. But she looks like a regular human woman and not the anime waifu caricature we see today.

You’ll start seeing an evolution of the character in Guilty Gear X in 2000, Guilty Gear XX/Accent Core in 2002, and Guilty Gear Isuka onward. There’s nothing major here, but you can tell that her female traits are a bit more pronounced in each GG game since X, particularly her ponytail being a bit longer and flared-up.

Like we said earlier, her Guilty Gear Xrd Rev 2 design is where things are taken up to eleven. Or beyond an F cup in this case. And of course, that bit expanded in the new GG Strive trailers you see as of late. She also dons a new kimono -tatters and all-along with a bigger ponytail, some shoulderpads, and a more pronounced tassel on her waist.

It’s clear as day that it’s still sticking to the same design as past GG games, but it’s way more round and exaggerated to the point of comedy.

Her design does remind me of Bleach’s Kukaku Shiba: one-armed, brash, and top-heavy too.

Though to be fair, games like SoulCalibur VI are equally as guilty in maintaining their female cast to be as top-heavy as possible; hello Taki, Sophitia, and Ivy Valentine. The latter has seen some fancy outfits and growth spurt throughout the series, so props for the team for being creative at least.

At least one thing is clear: developer Arc System Works is catering to its demographic and aren’t practising self-restraint anytime soon. Baiken will be out in Guilty Gear Strive on 28 January.

Update: if you prefer a less gutter talk-filled commentary on Baiken as a viable character in GG Strive, these pro player videos should sort you out. All I can say is this:

The Garden Of Evening Mists' Lee Sinje On Her Role, Her Favourite Local Actor & More