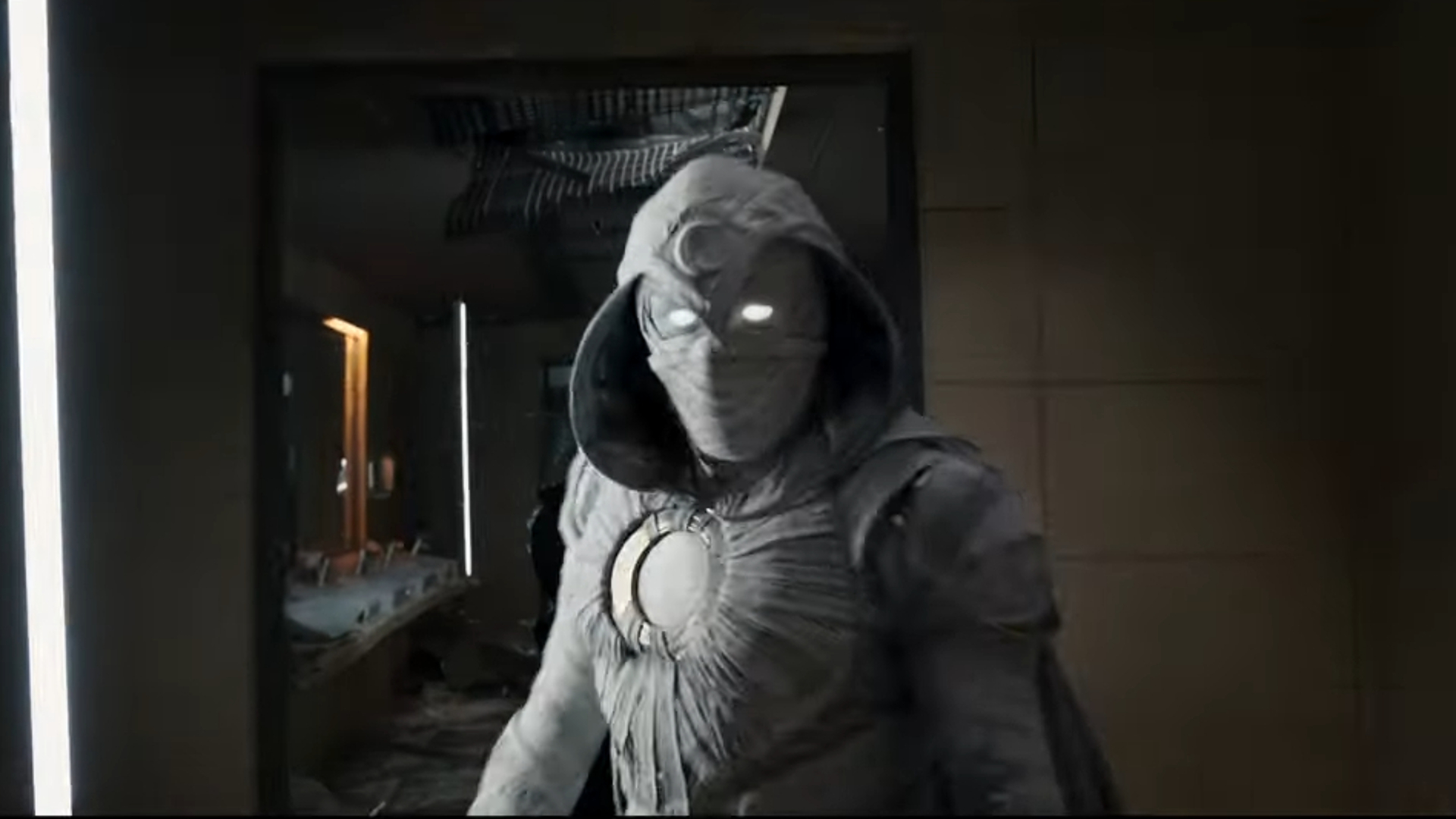 Marvel and Disney+ have released the first official trailer for Moon Knight, which is slated to premiere on 30 March 2022.

“The series follows Steven Grant, a mild-mannered gift-shop employee, who becomes plagued with blackouts and memories of another life.

Steven discovers he has dissociative identity disorder and shares a body with mercenary Marc Spector.

As Steven/Marc’s enemies converge upon them, they must navigate their complex identities while thrust into a deadly mystery among the powerful gods of Egypt.”

Let me break it down below:

If you’ve noticed, his name is Steven but when a woman calls him, she refers to him by Marc. This is because he suffers from Dissociative Identity Disorder, which means that he has multiple personalities. His true identity is Marc Spector, but it looks like he’s currently in his Steven Grant alter (personality) by the looks of the trailer. In the comics, he also has another alter named Jake Lockley.

Our First Look At Khonshu

In the trailer, we get a bit of a horror scene when Steven starts seeing things when it’s actually an old woman in a dark hallway.

The apparition that he sees (see picture above) isn’t a ghost, but the Egyptian moon god Khonshu. He is the one who revived Steven back when he was a mercenary named Marc Spector and about to die after getting fatally wounded by the Bushman. Since then, Steven/Marc believes he was chosen by Khonshu to be his avatar and Moon Knight.

Ethan Hawke’s Arthur Harrow Might Be The Sun King

The trailer reveals that Ethan Hawke plays a character named Arthur Harrow. He seems to be a generic cult leader/con-man, as people seem to be worshipping him and him telling Steven/Marc to “embrace the chaos”.

In the comics, Arthur Harrow is an obscure character and a scientist who does human experiments on behalf of the organization called OMNIUM. However, this version of Arthur Harrow looks closer to another character from the Moon Knight comics; a Moon Knight villain named the Sun King.

The Sun King is a cult leader, just like the MCU’s Arthur Harrow seems to be, and in the comics, his cult revolves around the Egyptian sun god Amon Ra (who is an enemy/rival of the moon god Khonshu). This gives him the ability of pyrokinesis, or the power to create and control fire.

The MCU has previously done a lot of combining several different comic book characters into one, so it’s no surprise if this version of Arthur Harrow turns out to be the Sun King.

The MCU’s Moon Knight Seems To Have Supernatural Powers

In the trailer, we can see Steven/Marc transform into the Moon Knight as what seems to be mummy bandages wrap around him. This implies that this version of the character will have supernatural powers.

However, in the comics, he doesn’t have any powers, with the exception of augmented strength and reflexes. He’s more like DC’s Batman, as he relies on gadgets. The only time he usually has powers is when Khonshu directly possesses him, like in the Age Of Khonshu story arc in the pages of the Avengers comic book.

Since he’s not exactly mentally stable, all these “powers” could just be his delusions in the Disney+ series. The transformation could just be happening in his mind.

Our Best Look At His Costume Yet

Look at the glory that is Moon Knight.

This brief scene looks like it’s inspired by Frank Miller’s iconic cover of The Dark Knight Returns. That must have been intentional, considering that Moon Knight is often described as Marvelâ€™s version of DCâ€™s Batman

There you have it, folks. The first Moon Knight trailer promises perhaps what might be the most unique Disney+ Marvel series yet. Check out the trailer below, and until next time, Excelsior!