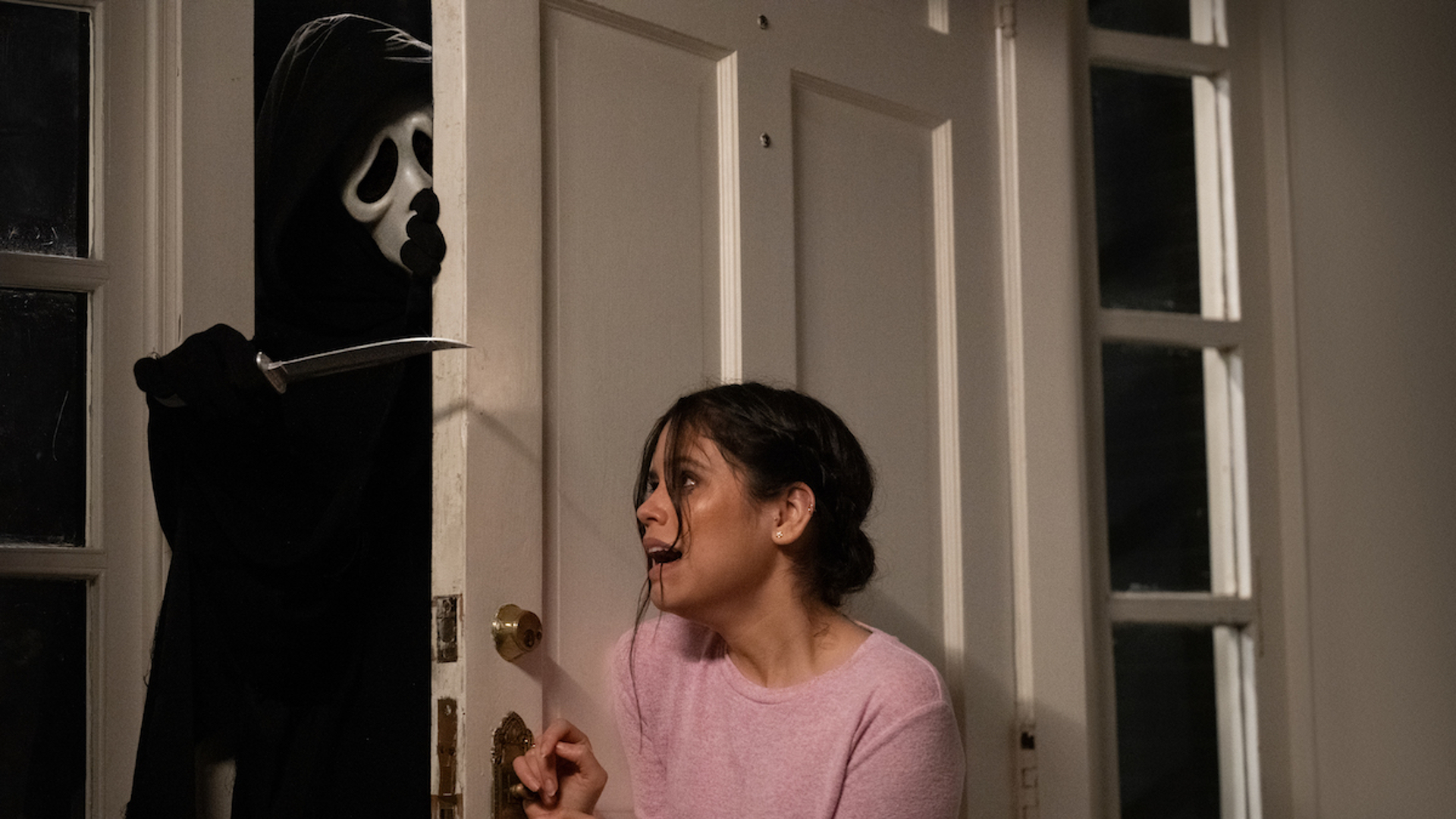 Slashers. This subgenre of the horror genre has always been ridiculed for being dumb and cheesy gorefests, but the late legend Wes Craven changed all that with 1996’s Scream; a self-aware smart slasher with meta commentary on the genre. It revitalized the horror slasher genre and made Ghostface an iconic killer. After making four Scream movies, Wes Craven passed away in 2015, so 2022’s Scream is the first entry in the franchise to be made without him and franchise co-creator/writer, Kevin Williamson.

Fortunately, directing duo Matt Bettinelli-Olpin and Tyler Gillett have proven that not only can they make a good Scream movie, but one that’s arguably the best Scream sequel since 1997’s Scream 2. It also warms my heart as a horror fan to say that were he still alive today, Wes Craven would probably be proud of this movie.

The original Scream poked fun at horror slasher tropes. The second; sequels. The third, the end of trilogies and the dark side of Hollywood. The fourth, remakes and more slasher tropes. What about this new Scream, then? What makes it different? Well, the meta commentary in 2022’s Scream touches on everything from requels (reboot sequels or legacy sequels like Star Wars The Force Awakens or Ghostbusters Afterlife), so-called “elevated horror” (those modern and sophisticated horror movies like Hereditary and The Babadook), the toxicity of online fandom and more.

One could argue that 2022’s Scream could be too meta to the point of making it cringeworthy, but I’d argue otherwise. Wes Craven has always injected a bit of comedy and playfulness in his movies; even when he was making the A Nightmare On Elm Street films. Also, what’s more meta than featuring a cameo from a real-life popular horror-focused YouTuber channel? This one’s not really a spoiler unless you know them, but yeah, Dead Meat’s in this movie (if you’re a horror fan, do yourselves a favour and subscribe to them on YouTube).

The filmmakers have definitely nailed what made the previous Scream movies so good and let’s not forget, what made them great was not only that they were smart and meta, but they could also bring great thrills and scares. The Scream franchise has never relied on cheap jump scares, and the visceral violence of the movie often brings a sense of dread and tension that was the bread and butter of the late Wes Craven. The kills in 2022’s Scream is effective at creating a tense and dark atmosphere, making viewers fear for the character’s life. While the kills could have been more creative or innovative (most of them are the usual stabbings), the way they’re framed and the horror setpieces come with a deliciously terrifying atmosphere.

The best part of watching a Scream movie, of course, is its third act and the reveal of the killer/killers. 2022’s Scream does not disappoint in that regard, providing a bloody climax that is comparable to that of the original Scream movie. Nothing will ever be as shocking as that original Scream‘s third act, but this one comes dangerously close. 2022’s Scream has the best third act of all the sequels.

If there’s a flaw that drags this movie down, it’s that 2022’s Scream could use a little more screentime from the veteran actors/actresses of the franchise. Neve Campbell (Sidney Prescott), Courteney Cox (Gale Weathers), and David Arquette (Dwight ‘Dewey’ Riley) all reprise their roles from the previous movies, but the only one who gets his due is David Arquette’s Dewey. He gets a lot more screentime and focus than the other two, but don’t expect to see much of Sidney or Gale in this movie.

As for the brand new cast of young actors/actresses, they all do a pretty good job. No rotten apples in this one, that’s for sure. Highlights include Melissa Barrera’s Sam Carpenter, Jack Quaid’s Richie Kirsch, and Jenny Ortega’s Tara Carpenter. Many of these characters have fun ways that they’re related to other characters from previous Scream movies, but I won’t spoil that for you. Despite making fun of requels, part of the fun in 2022’s Scream is catching the references to its own franchise entries.

It’s not easy to make a horror film sequel (or requel) that’s as good as 2022’s Scream. While fans will ultimately be the ones to fully appreciate this movie, its self-aware meta commentary can still be enjoyed by any casual moviegoer. However, it’s recommended that you at least watch the original Scream before watching 2022’s Scream.

We attended an early screener of Scream courtesy of UIP Malaysia. Scream is now showing in Malaysian cinemas.