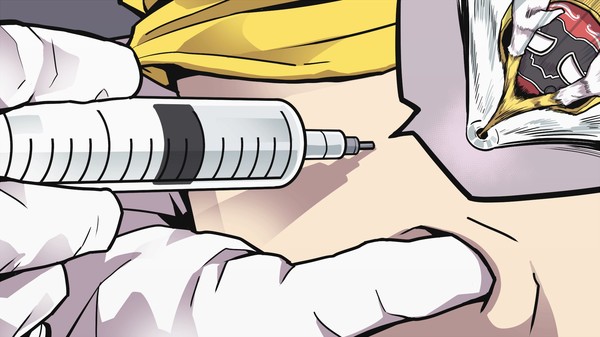 Korean developed 3D platformer, Nineteen, offers a bizarre take on the Covid-19 pandemic by allowing you to play as the vaccine, which is available right now.

Developed by PLAYCASTLE, their newest game Nineteen launches today and offers a 3D platformer experience unlike any other: You play as the COVID-19 vaccine. Previously being early access, the game tells the story of a depressed Mongryong Lee, who contracts the virus. Players will take control of the titular character, Nineteen, a cartoonized avatar of the vaccine, who will navigate through Leeâ€™s body that has become full of obstacles and traps, in full Japanese game show fashion.

The game will feature large stages where Nineteen will need to reach the end goal, with increasingly difficult stages as you go deeper inside Leeâ€™s body (heh), and the developers promise heavy symbolism about the pandemic. They aim to convey a message about encouraging people to move forward nevertheless in such a difficult time, which will be represented in the challenging action of the game.

In addition, a new game mode “Booster Shot” is now available for those who felt the original game was too difficult for them. The player can use a jetpack in this mode to better understand and beat the stage. There are also rewards for Early Access users, such as another ending for Mongryong Lee followed by a life-changing event.

The game is currently out now on Steam and to celebrate the official release, a 10% special discount will be offered until January 27.