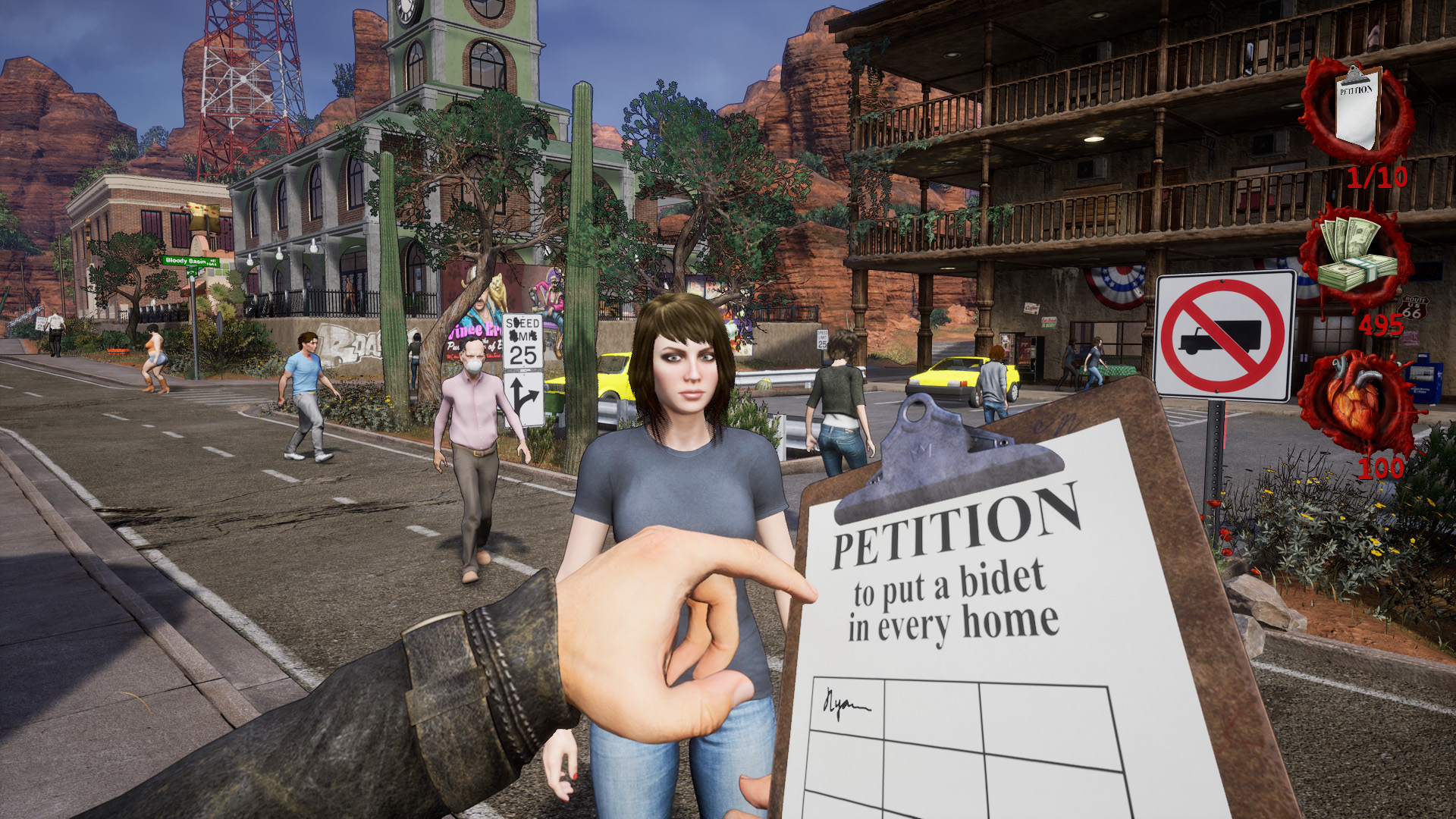 The open world game Postal 4: No Regerts, where you can play as Postal Dude and wreak havoc, will be out of Early Access next month.

The open world first-person shooter came out in Early Access on 14 October 2019; it’ll be out of that state on 20th April according to developer Running With Scissors. Here’s a quick overview:

Break the rules across all five in-game days implemented throughout Early Access with random encounters, a litany of side errands, improved graphics, revised mapping systems, new radio stations, and so, so much more. Achievements and collectibles like Kunny, Krotchy, and Larry the Crab dolls splattered all over Edensin join the fray on launch day as a new era begins for the legendary series.

Across several meaty updates in Early Access, POSTAL 4: No Regerts has introduced a load of wacky mechanics, weapons, quests, traversal tools, quality-of-life features, and more, making this 1.0 release the definitive modern POSTAL experience. POSTAL 4: No Regerts stands as an ode and testament to what has made the series beloved, scorned, hated, and appreciated for 25 years. Where else can you steer sniper bullets while high on catnip? Or use severed limbs as melee weapons? Or ride the Womb Coaster in a vagina-themed amusement park?

Apart from fancy-looking mayhem, players can choose a voice options ranging from the original Postal Dude voices to Jon St. John of Duke Nukem fame. So if you like to cause a ton of mayhem as Postal Dude in glorious 3D and full-fledged open world freedom where you can throw pigeon bombs at people and pet dogs, while also taking a piss at people literally, you can’t do it any better than this Running With Scissors offering.