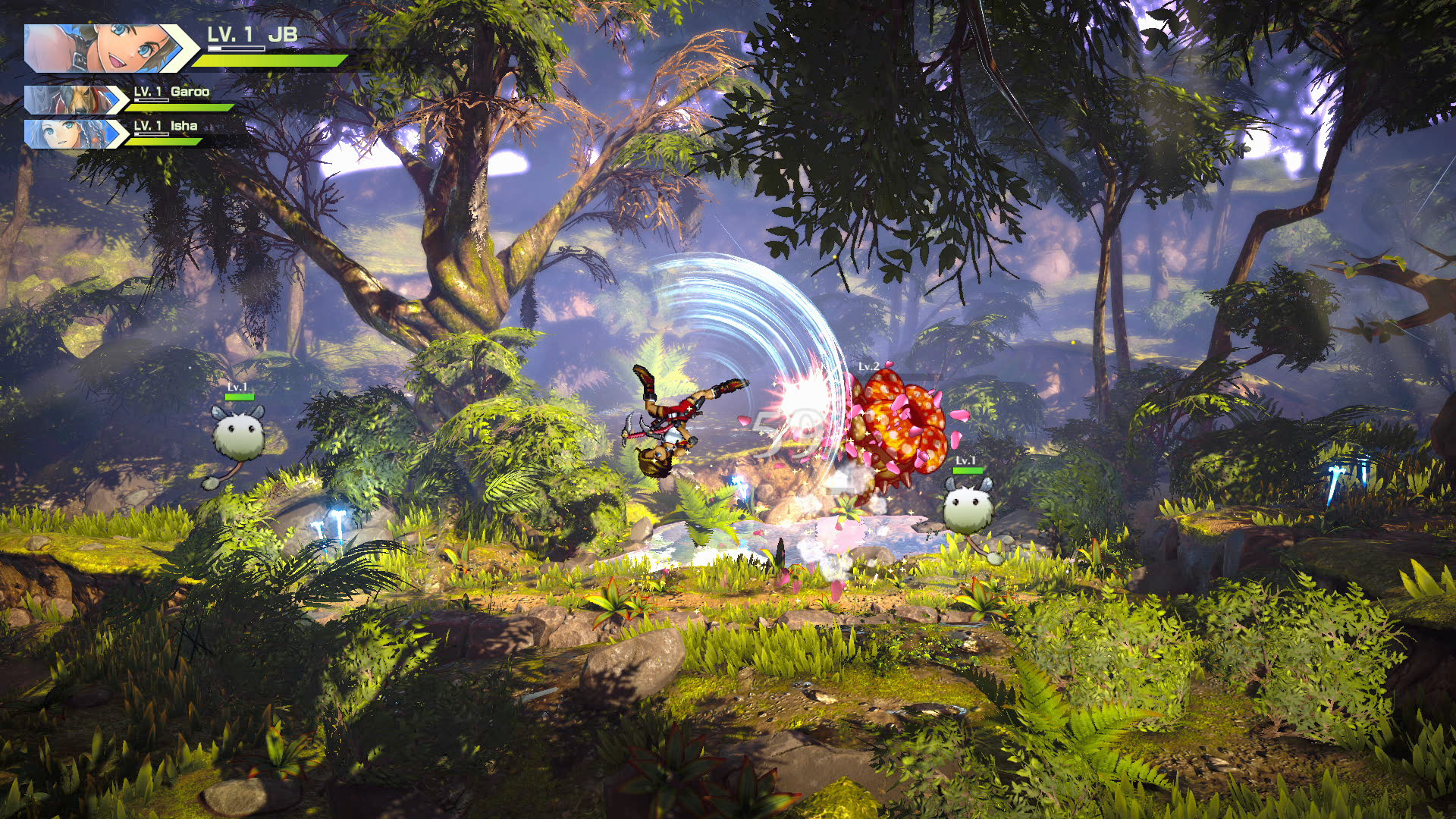 While the massive throwback RPG Eiyuden Chronicle: Hundred Heroes will not be out so soon, fans and 2D action aficionados can instead turn their attention towards the upcoming spin-off instead to whet their tastebuds: Eiyuden Chronicle Rising.

The game pits you as treasure hunter CJ as she teams up with giant sword-wielding kangaroo Garoo and blue-haired acting mayor-slash-magician Isha in many adventures. At the same time, the trio help build up the town they’re residing in to accommodate more and more adventurers, so there’s a huge sense of growth as you progress deeper into the game and level up beyond the 10s.

Kakuchopurei managed to talk to Rabbit & Bear Studios’ lead Yoshitaka Murayama (a creator of Suikoden) and supervising director Junichi Murakami about the upcoming spin-off that’s slated for 10th May.

On The Game’s Inspiration

Junichi Murakami: I had participated in the Castlevania series together with Castlevania director Koji Igarashi at the time. So I tended to look at the action parts from the perspective of my experience with that series.

However, based on Natsume Atari’s proposals, we strongly reminded them of how to express the worldview, sense of colour, and atmosphere of Eiyuden Chronicle Hundred Heroes from a side-scrolling perspective that would be fun and that would feel friendly to many users.”

On Picking The RIght Developer For The Spin-Off

Yoshitaka Murayama: One of the goals of the Kickstarter project for Eiyuden Chronicle: Hundred Heroes was to develop a companion game. We decided to request NatsumeAtari as a developer we could trust to do this for us.

On Making A Spin-Off Game For An Upcoming Promised JRPG

Yoshitaka Murayama: The “Eiyuden Chronicle: Hundred Heroes” project began as a Kickstarter. Therefore, unlike normal games, there is a considerable period of time between its announcement and actual release. So, by releasing a spin-off in the middle of that long period, we thought it would be a great way to introduce the worldview of Eiyuden Chronicle: Hundred Heroes to backers and fans who would support the project.

Yoshitaka Murayama: We are planning to work on DLC, as we have already pledged to backers on the Kickstarter.