Star Wars Tales Of The Jedi is an anthology of six all-new animated shorts produced by Lucasfilm Animation and created by Dave Filoni (“Star Wars: The Clone Wars,” “Star Wars Rebels”). Based on Star Wars and characters created by George Lucas, the series is set during the prequel era and spotlights important moments in the lives of fan-favourite characters Ahsoka Tano and Jedi-turned-Sith Lord Count Dooku as they embark on respective paths toward heroism and villainy. Move over, Grogu AKA Baby Yoda. It’s time for Baby Ahsoka to shine.

The Names Of Ahsoka’s Parents 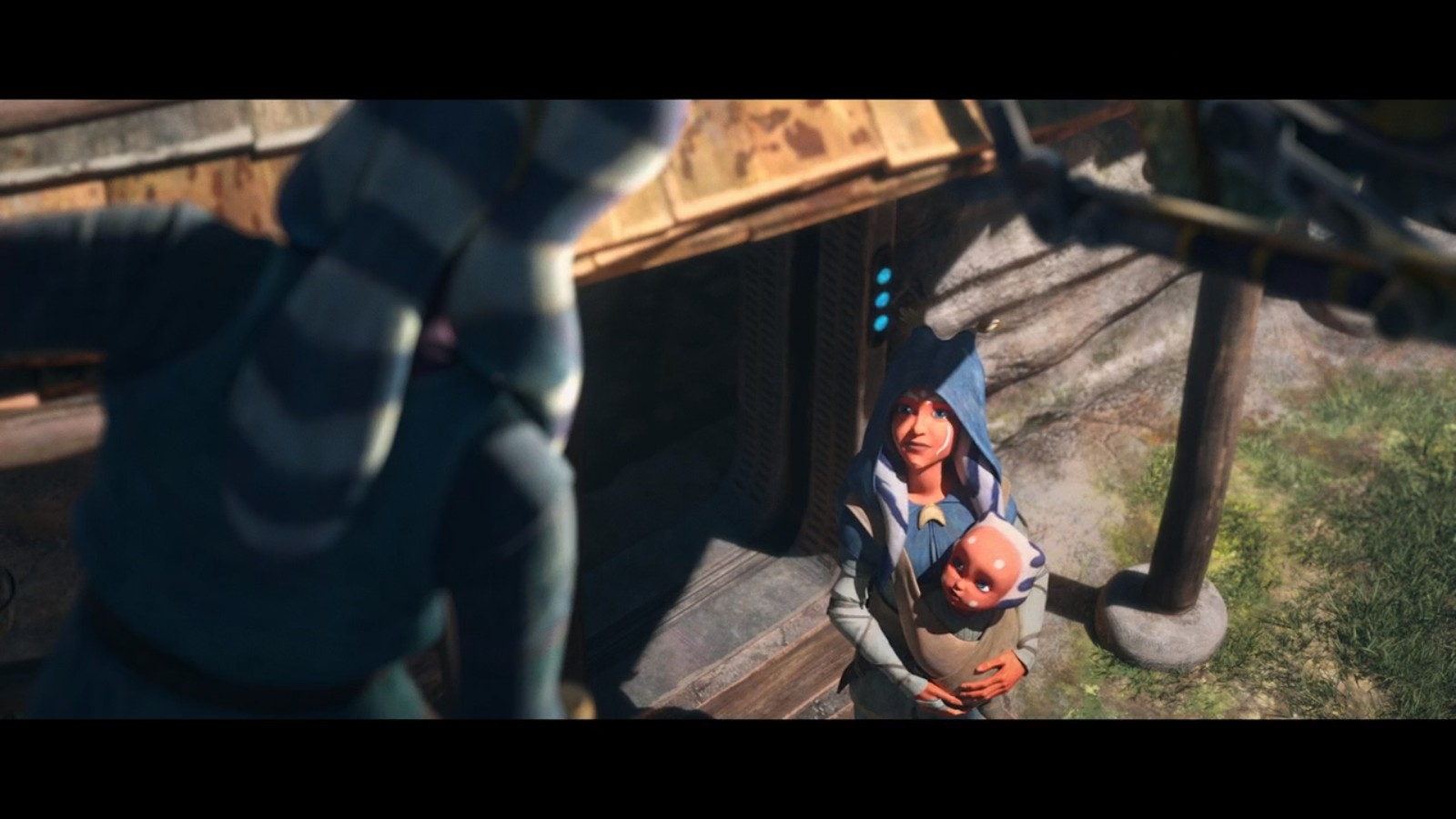 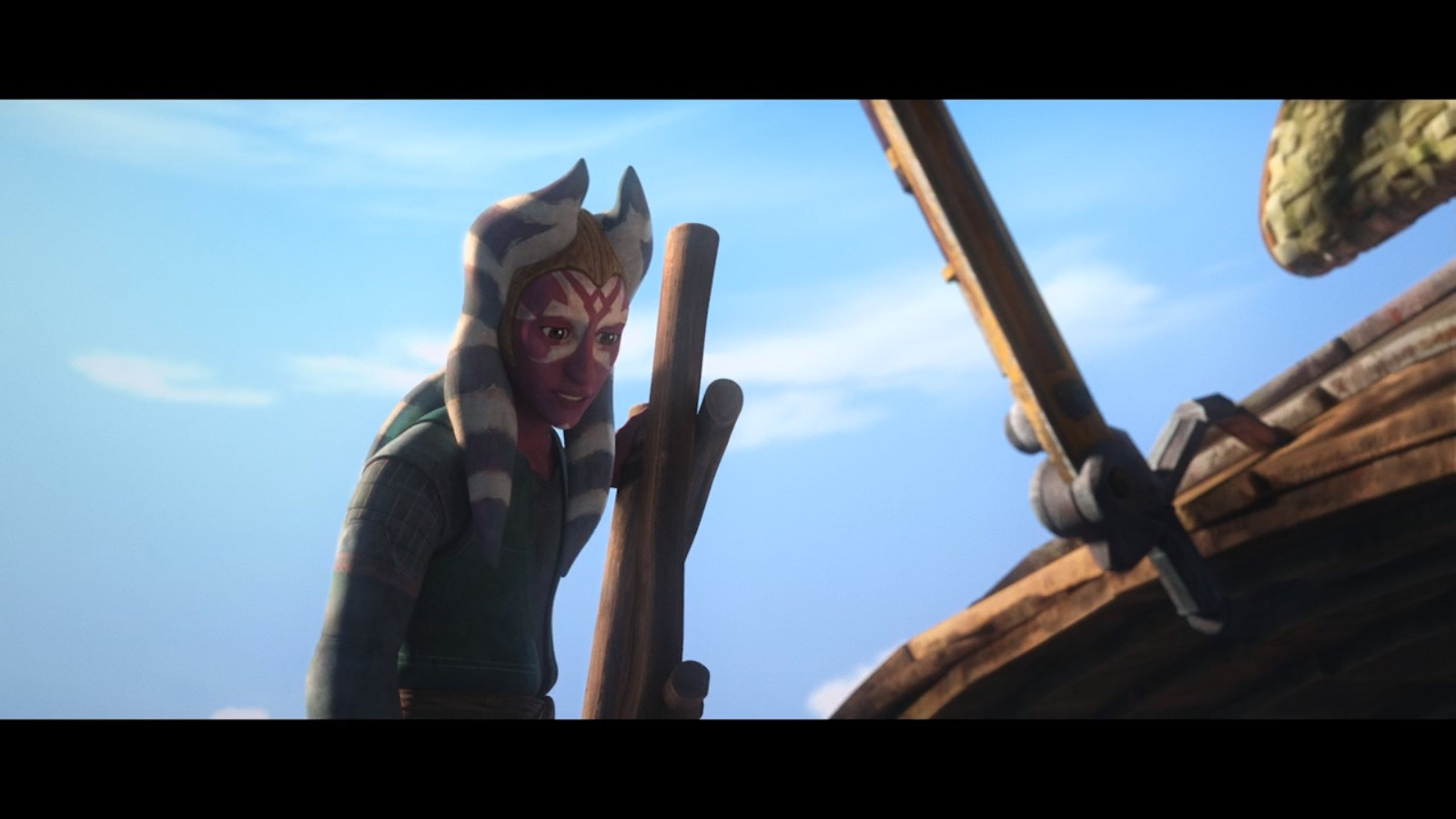 Ahsoka Was Already Force-Sensitive As A Baby 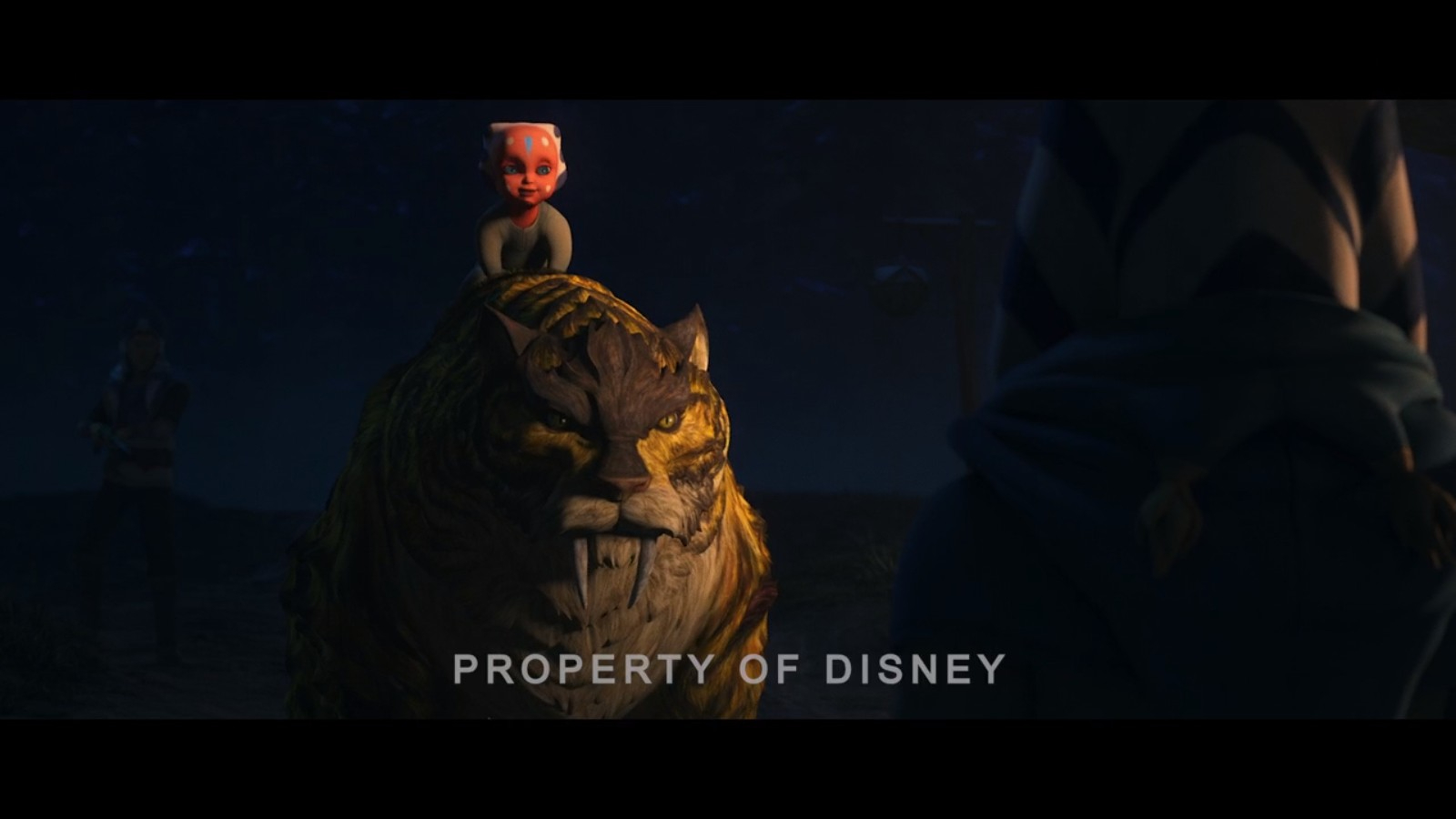 The Togruti village elder realises that Ahsoka is Force-sensitive and is destined to be a Jedi as she’s able to calm down and connect to the tiger creature. One common Force-sensitive ability in Star Wars lore is being able to connect to all living things. In this way, many Jedi can pacify even the most ferocious beasts.

A Young Count Dooku & His Padawan, An Even Younger Qui-Gon Jinn 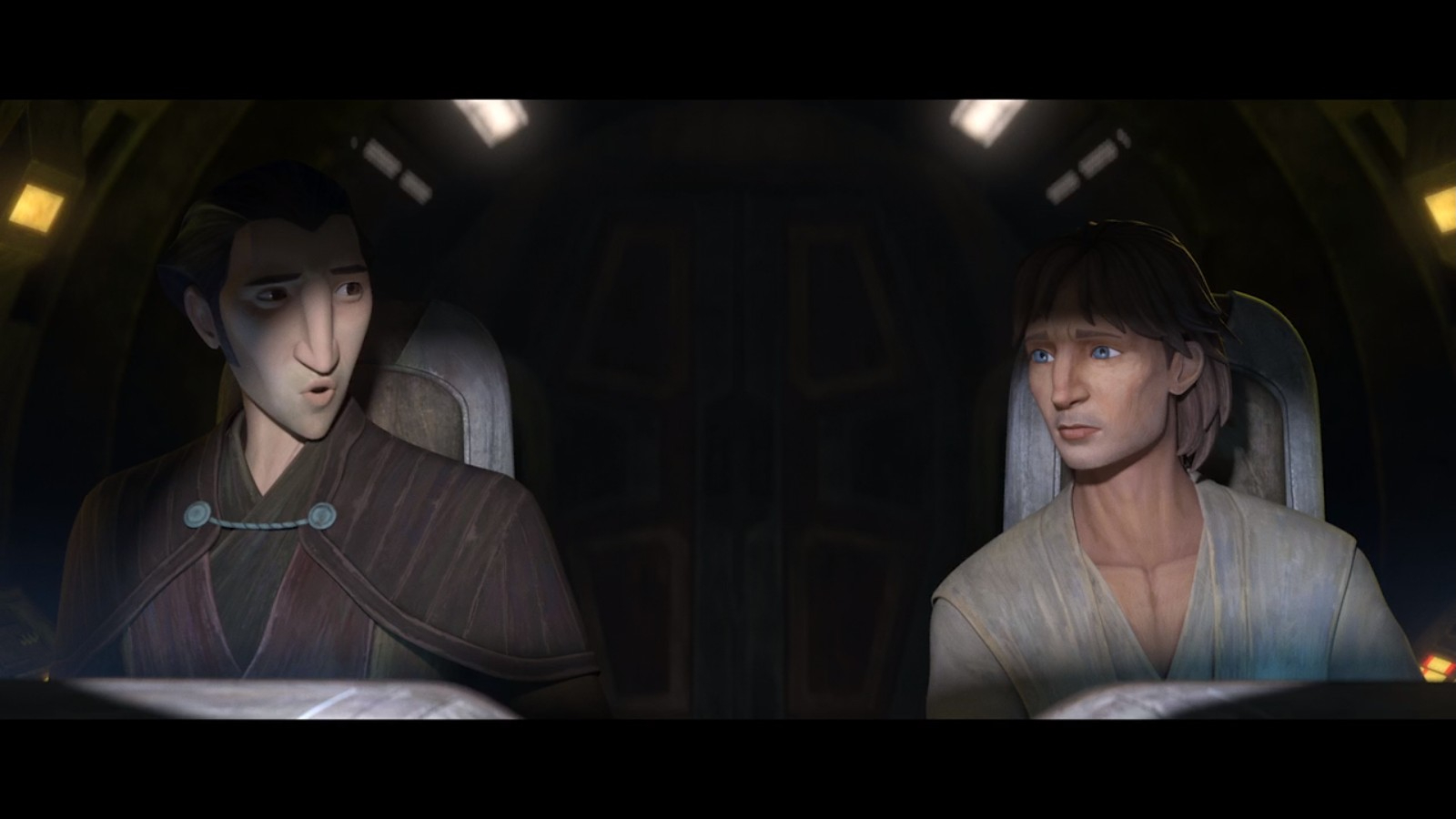 Yeah, that’s a young Count Dooku (left) as a Jedi master before he eventually became the Sith Lord Darth Tyranus and an even younger Qui-Gon Jinn (right) as his Padawan apprentice.

Count Dooku Uses Force Choke, Foreshadowing His Fall To The Dark Side 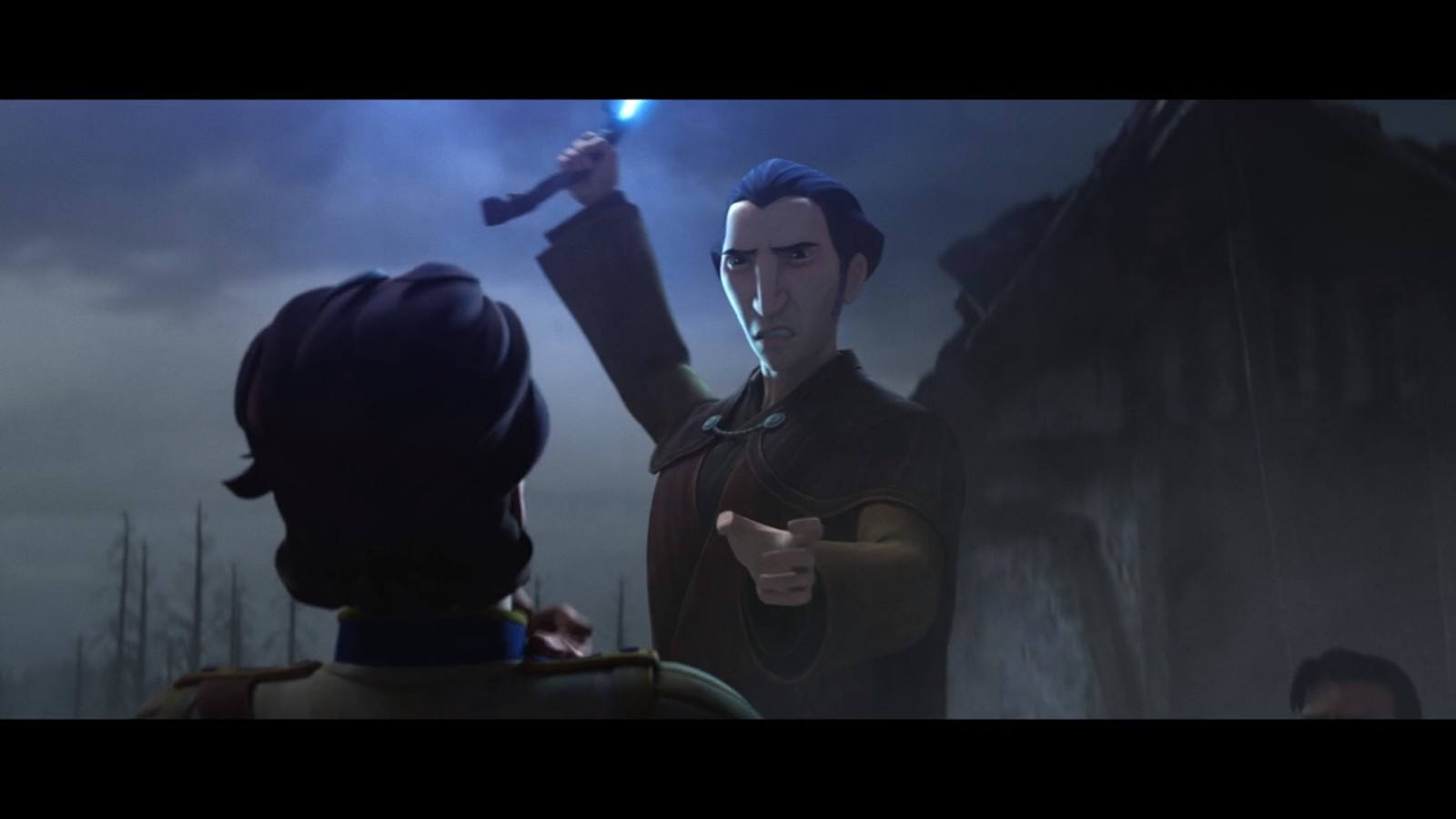 Count Dooku uses Force Choke on Senator Dagonet, which means that even years ago, he was already leaning towards the Dark Side. Force Choke is an ability often categorised as a Sith ability.

Funeral Of A Jedi 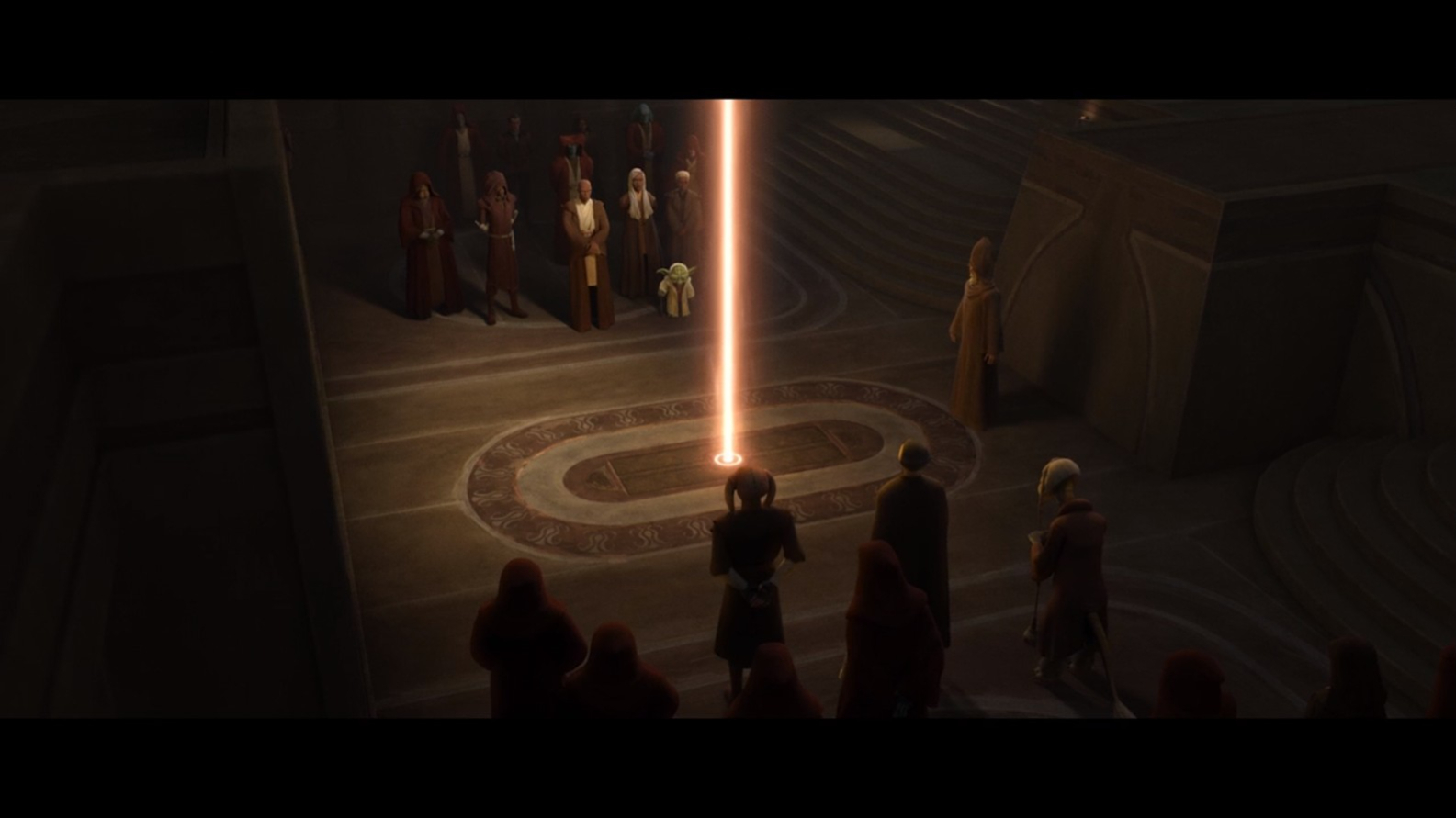 It’s interesting to see a proper funeral of a Jedi Master taking place at the Jedi Temple on Coruscant. 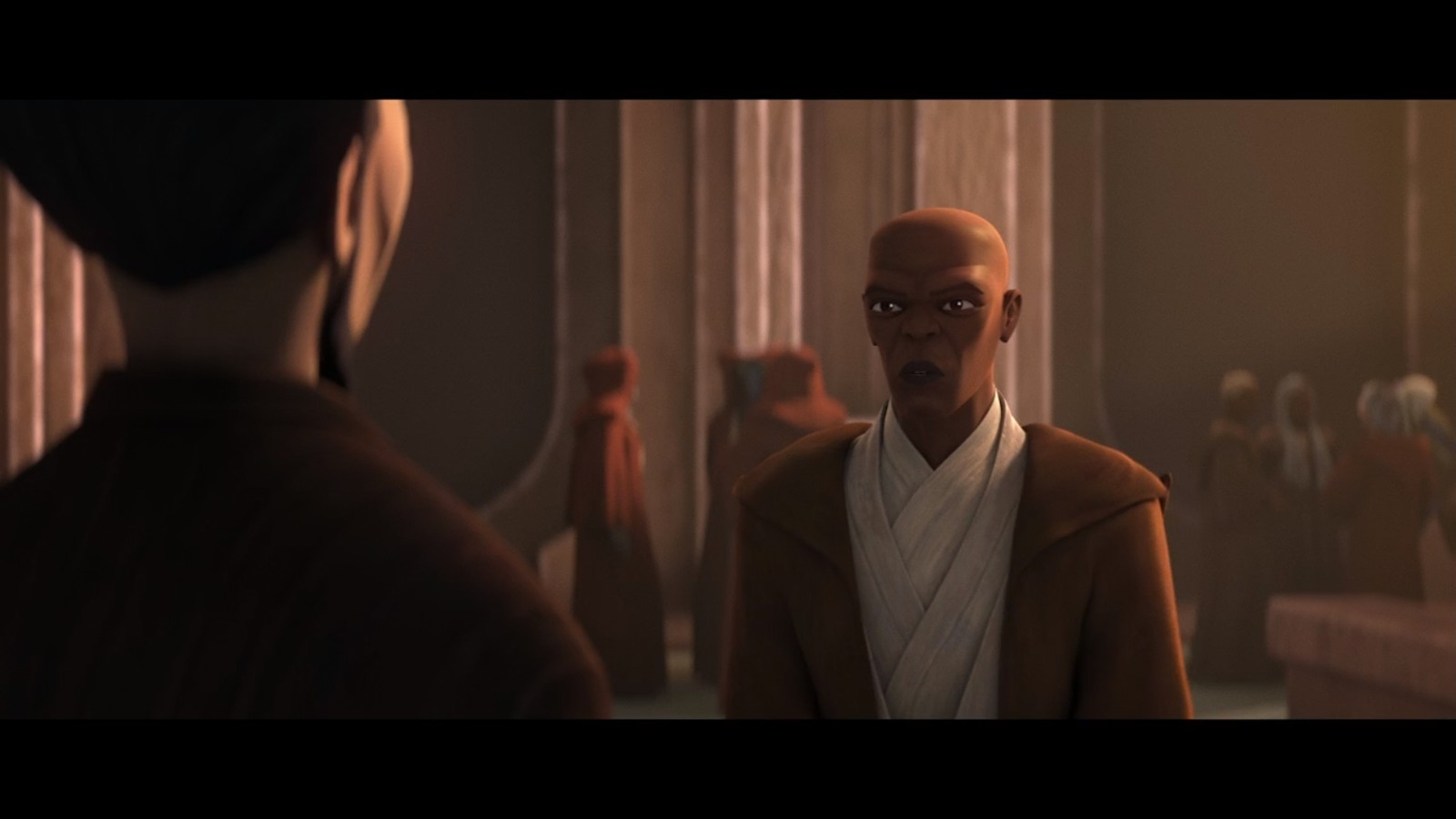 Mace Windu became a member of the Jedi Council due to the death of Jedi Master Katri. 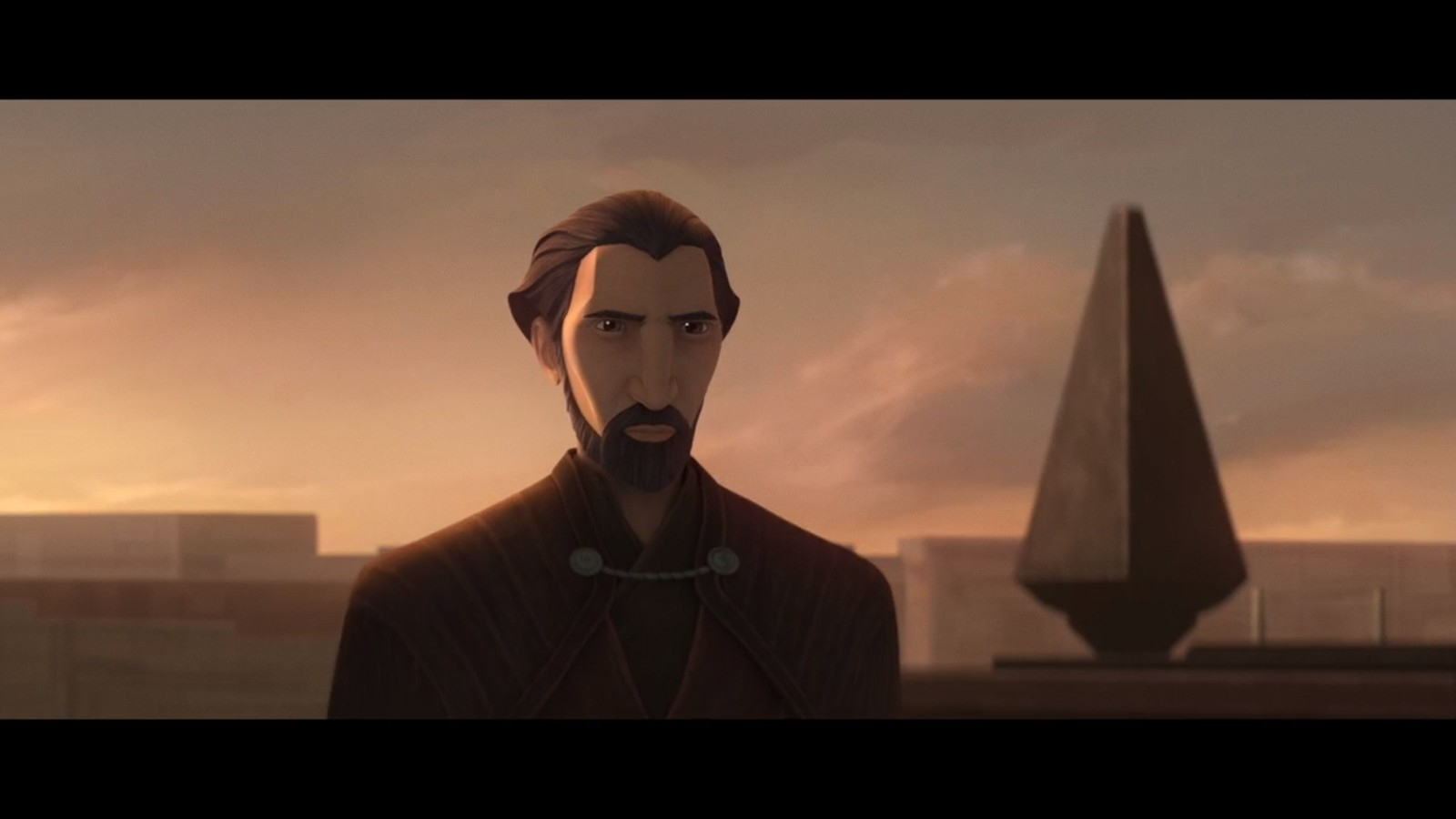 It’s interesting how Count Dooku is moving towards the Dark Side similar to Anakin’s journey in the Prequels. Both of them starting losing faith in both the Republic (which is becoming more corrupt) and a Jedi Council that cares more for politics than truly protecting the Galaxy. 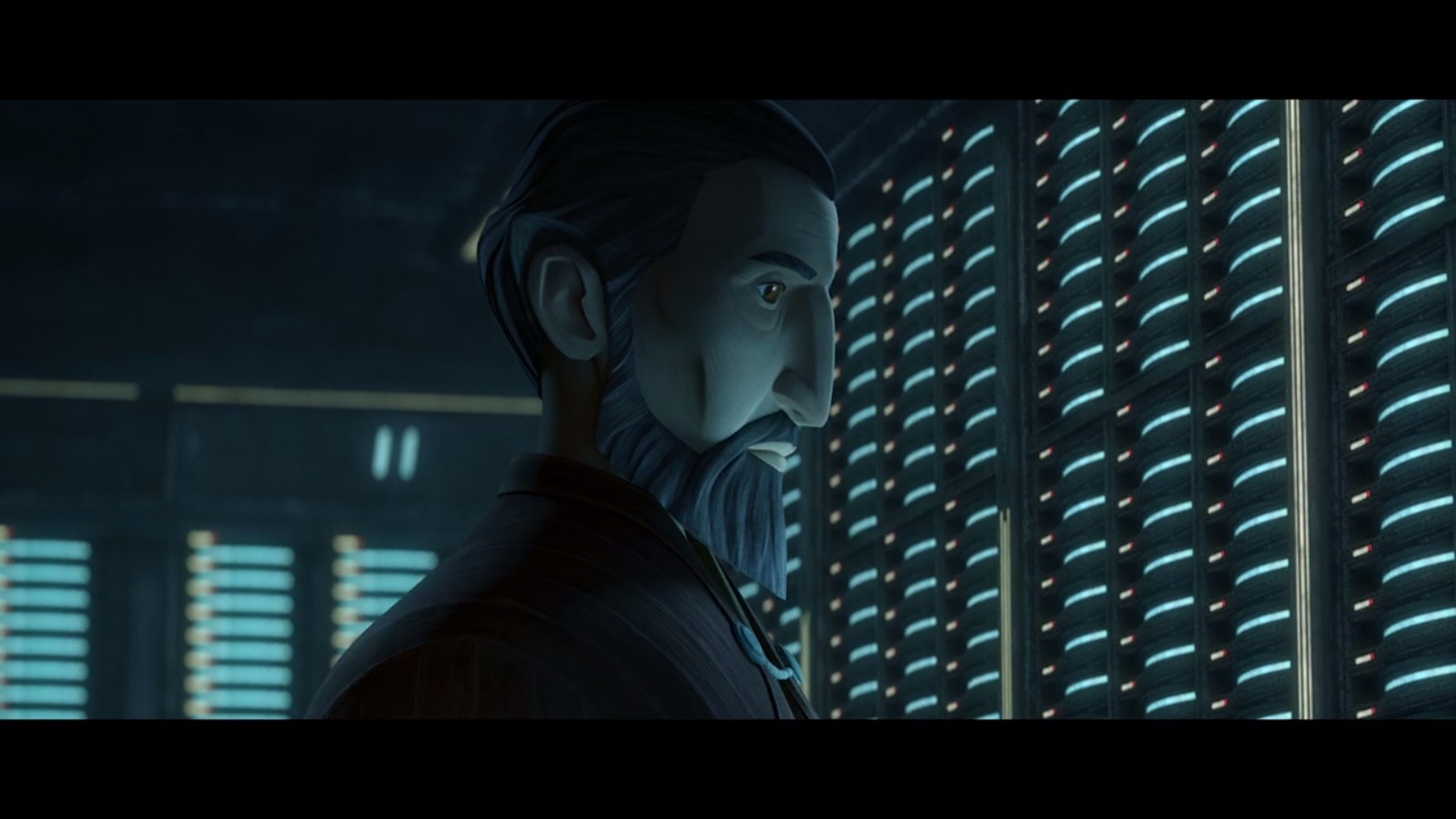 The reason why Obi-Wan Kenobi couldn’t find Planet Kamino in 2002’s Star Wars Episode II Attack Of The Clones has been revealed. We already know that it was deleted in the Jedi Archives but it turns out that Count Dooku was the one who did it. 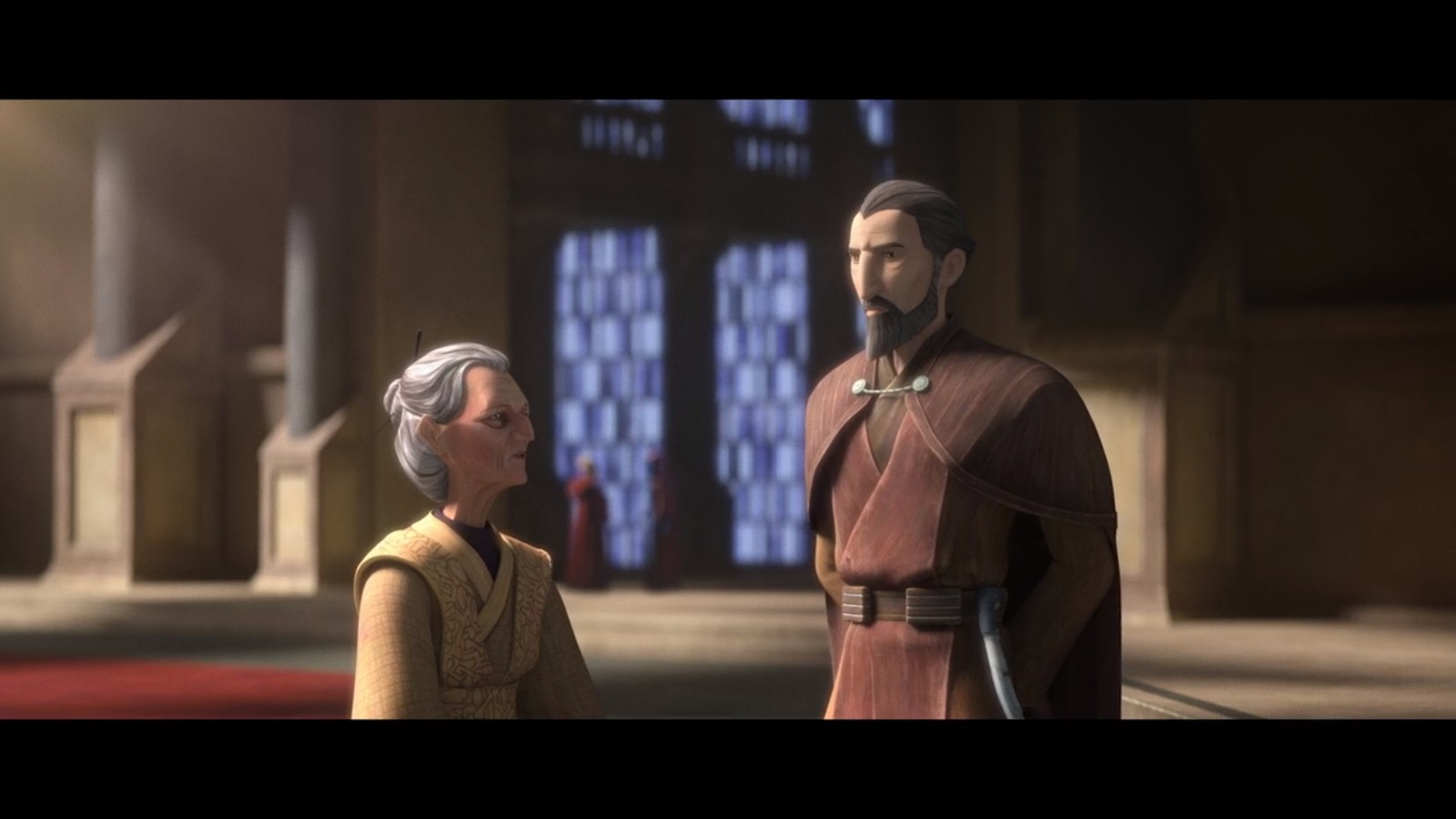 Master Jocasta Nu mentions that Qui-Gon Jinn claims that he encountered a Sith. That Sith is probably Darth Maul, which means that this episode is taking place during the events of Star Wars Episode I The Phantom Menace. 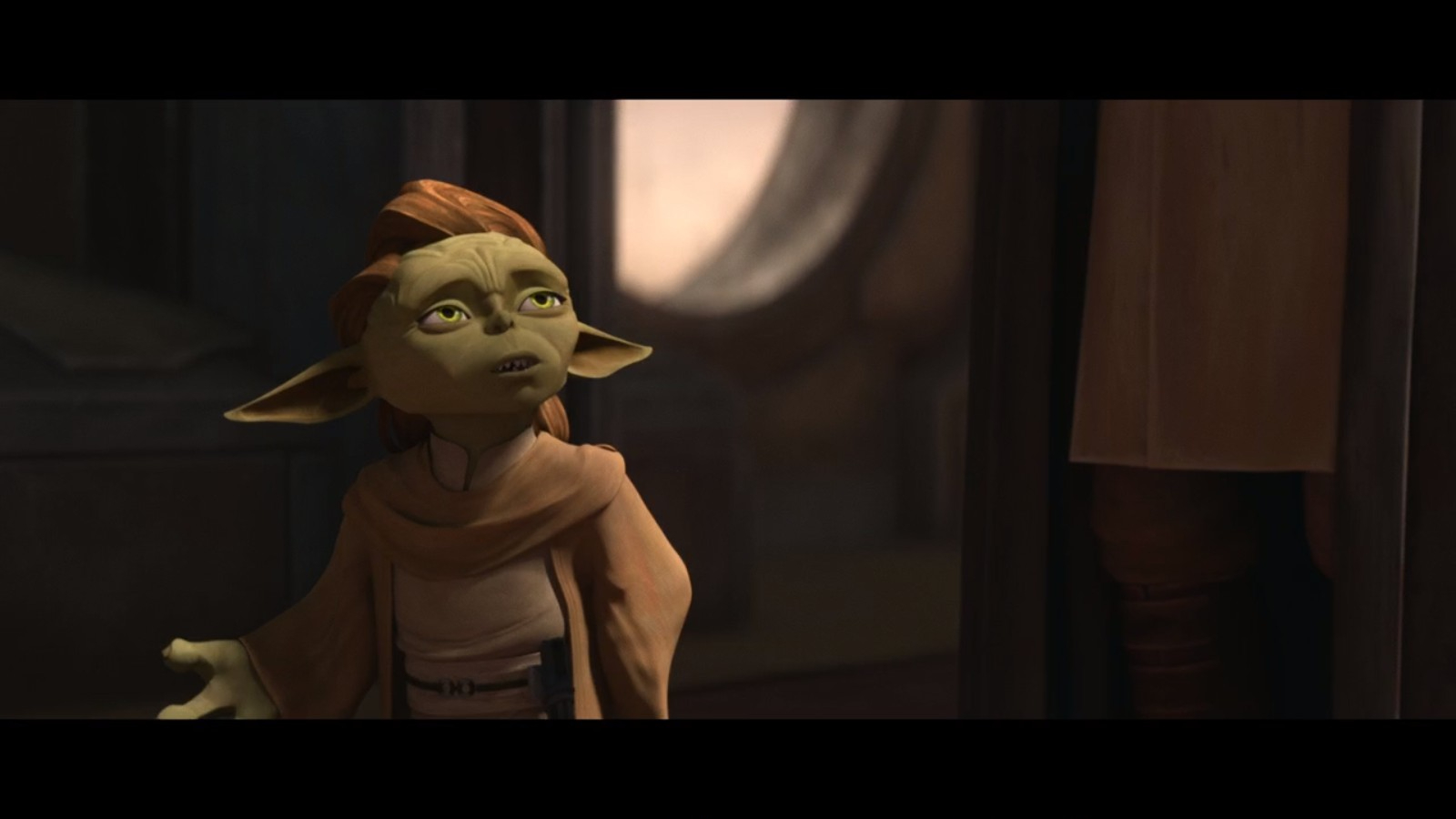 This is the first time in Star Wars canon that we see Yaddle actually speaking and walking. She made her first appearance in Star Wars Episode I The Phantom Menace as a member of the Jedi Council.

If you don’t remember, this was Yaddle in the movie: 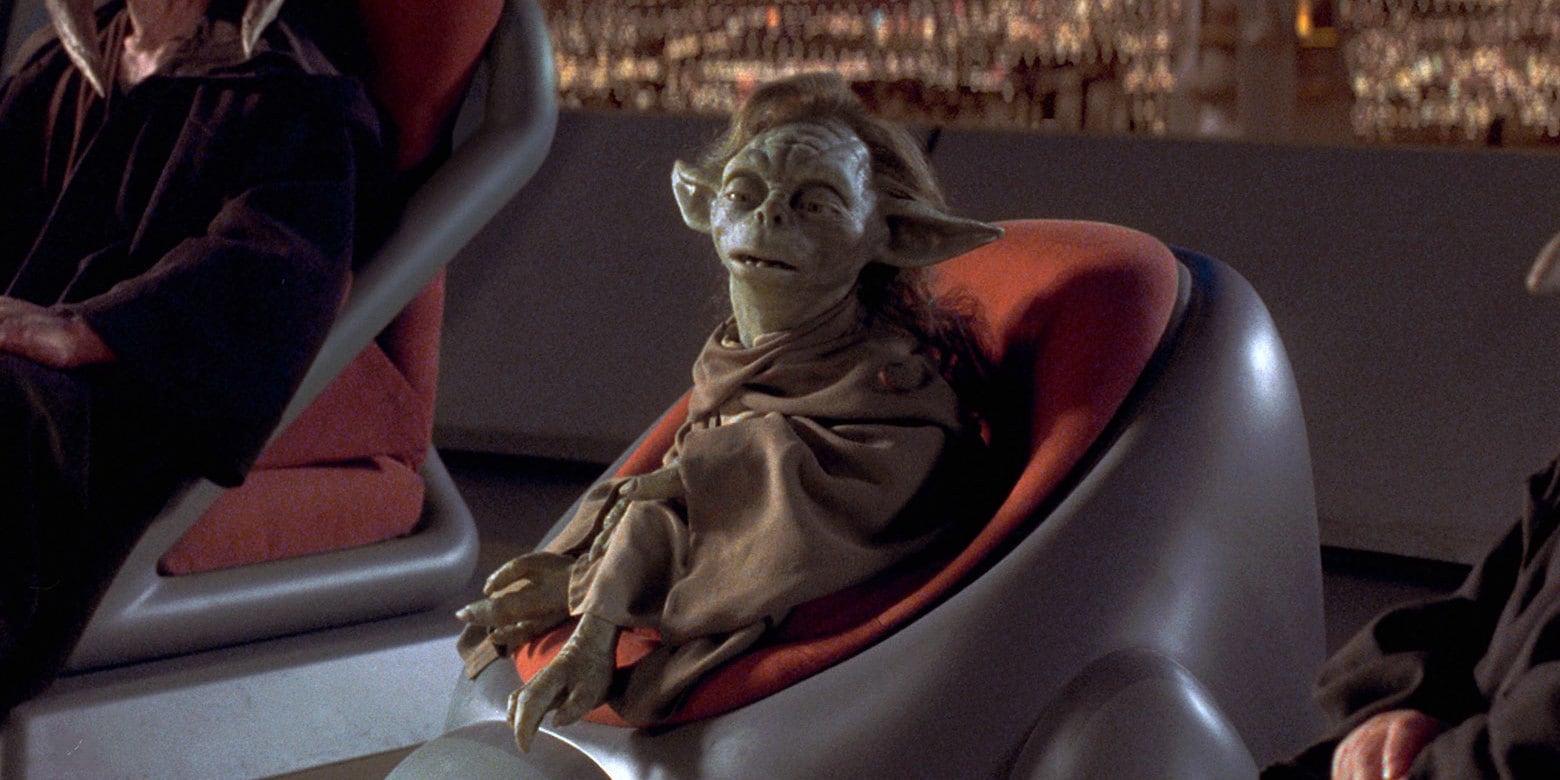 So that’s why we never see her in future movies. And because she voluntarily left the Jedi Council before getting killed by Count Dooku, that’s probably why no one found her being MIA suspicious. Remember when I said that Yaddle never spoke in the movie? It’s great to see Bryce Dallas Howard voicing Yaddle. She directed two episodes of The Mandalorian and one episode of The Book Of Boba Fett. Yes, during Ahsoka Tano’s training, that was a young Padawan Kanan Jarrus who was spectating alongside his Master, Depa Bilabba. Kanan would eventually grow up to survive Order 66 and later become a rebel, training Ezra Bridger in the Star Wars Rebels animated series set during the era of the Empire. 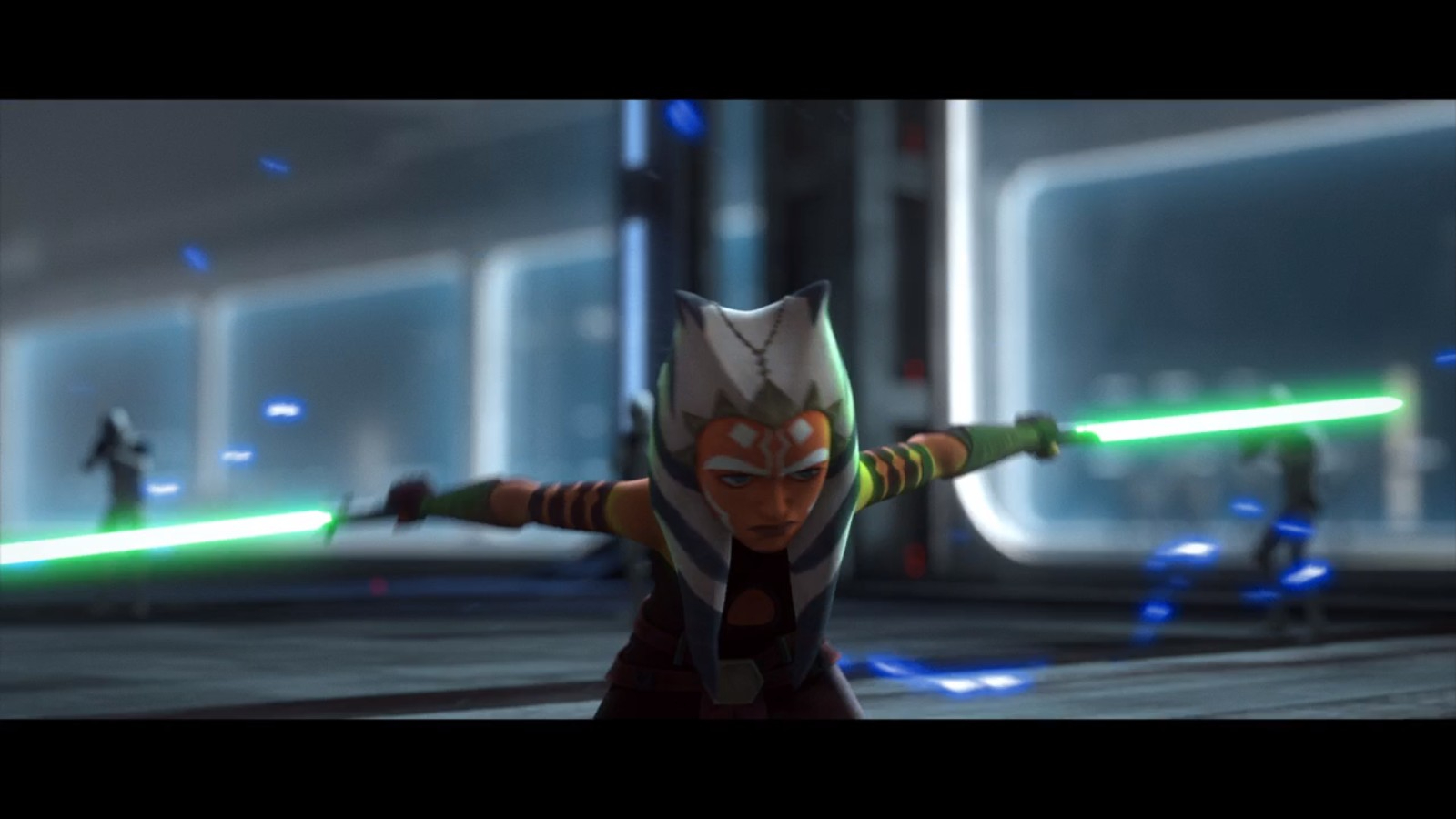 She started with one lightsaber but goes to use her iconic stance of two lightsabers. It’s called the Jar’Kai stance, a method of utilizing two lightsabers in combat. Jar’Kai could be employed with two standard-length lightsabers, a primary weapon in addition to a shorter shoto blade, which is what is employed by Ahsoka Tano during this time.

Ahsoka Tano Was There At Padme’s Funeral Star Wars fans have long questioned what would Ahsoka Tano’s reaction to Padme’s death be. Now we’ve finally gotten that, and it’s heartbreaking. So that’s what Ahsoka was doing all those years between the end of Star Wars Episode III Revenge Of The Sith and Star Wars Rebels. 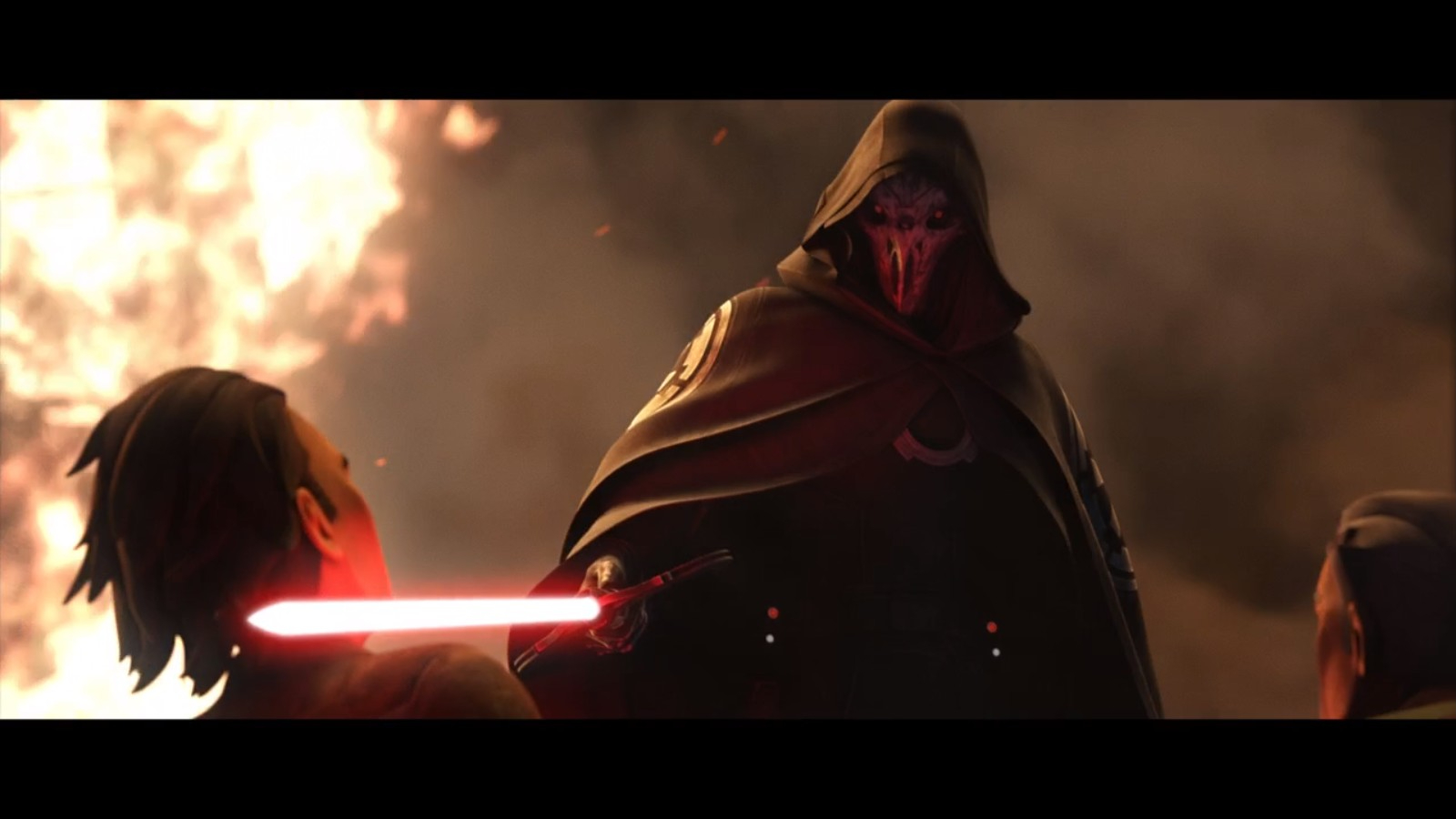 Ahsoka Tano Defeats An Inquisitor Without Using A Lightsaber Ahsoka Tano defeats an Inquisitor without even using her own lightsaber.

After that, she calls Bail Organa and is ready to join the Rebels, which is what leads to the events of Star Wars Rebels.

News
Xbox Series Loses One Of Its Exclusives To The PS5

Xbox Series title The Medium is going to lose its exclusivity status The Bloober Team-developed horror adventure game will become a multiplatform n...

Borderlands 3 is not just about the loot and the guns. And the Vault Hunters, as well as cool NPCs and characters. It's also about vehicles like the T...