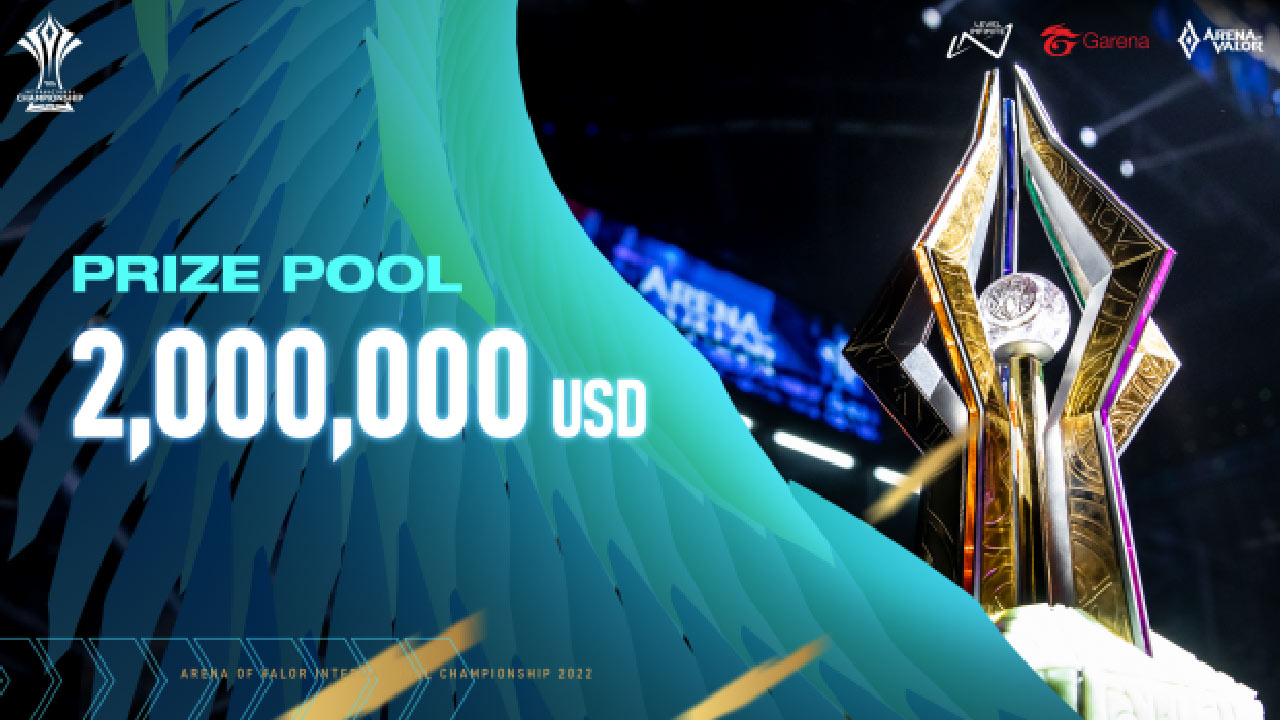 MOBA title Arena of Valor throws its hat in the esports ring in 2022 with its major Arena of Valor International Championship 2022 tournament, which starts on 16 June and ends on 10 July. As you can tell from the headline and feature image, the tournament features a US$2 million prize pool, with the winner getting the lion’s share of that prize.

A total of 16 teams across 10 regions will fight in the virtual arena. The teams have yet to be decided, but they will be from the following circuits:

The tournament will consist of four stages: