Genshin Impact’s 2.8 update, the other one featuring the return of the Golden Apple Archipelago, is back and bigger than ever. Players can snag themselves a free outfit for 4-star Electro archer Fischl as well as other goodies.

Here’s a guide to help you out.

Disclaimer: this guide will periodically be updated due to the ongoing nature of the event.

Genshin Impact 2.8 Guide: How To Unlock The Golden Apple Archipelago

Here are the conditions required to unlock the 2.8 version of The Golden Apple Archipelago:

After that’s sorted, you will have to do the following: 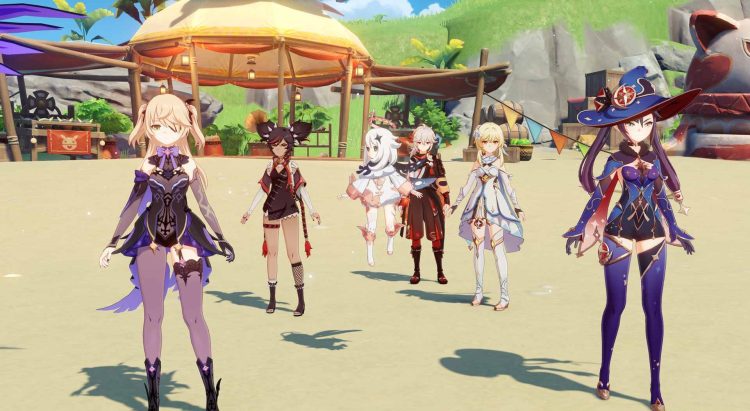 Upon arriving on the island, just explore the island like Kazuha mentioned. Head to the marked location to find a strange device. Activate your elemental sight and follow the trail. Find the Fatui behind the rock formation, then attack him. He’ll surrender, but another Fatui named Persikov will also accost you.

After that’s over, head back to the original island and speak with Venti. THis will open up the whole Golden Apple Archipelago.

Resonating Visions is the name of the mini-event in Genshin Impact’s 2.8 update on the Golden Apple Archipelago. The objective is simple: 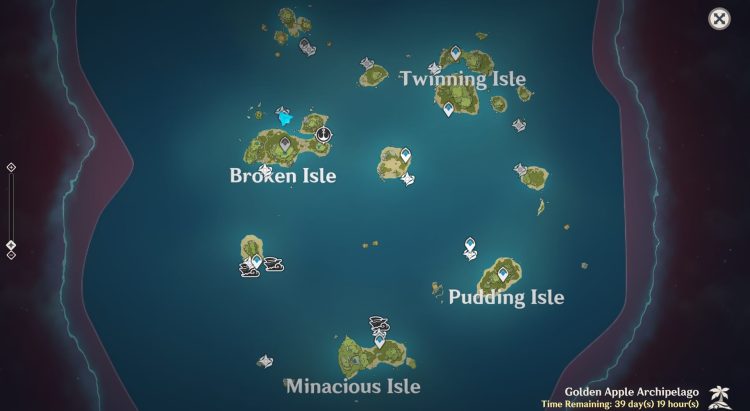 -To reach the top of the rock formation along the western side of Minacious Isle, do the Surfpiercer II challenge. When you reach the end, hop out of the Waverider and take to the skies using the wind current and rings. You should be able to glide all the way to the top.

-When you’re high up at the top, check the chasm near the ruins and branches for an Electro Fatui. There’s a conch next to him.

-At the same chasm, head down and you’ll spot a conch next to the cliff’s base.

-Check the western shoreline of the island for a conch.

-There’s another conch along the southern shoreline of the island.

-Climb the rock formation with the fast travel point on Pudding Island. Ther conch is right beside the teleporter. 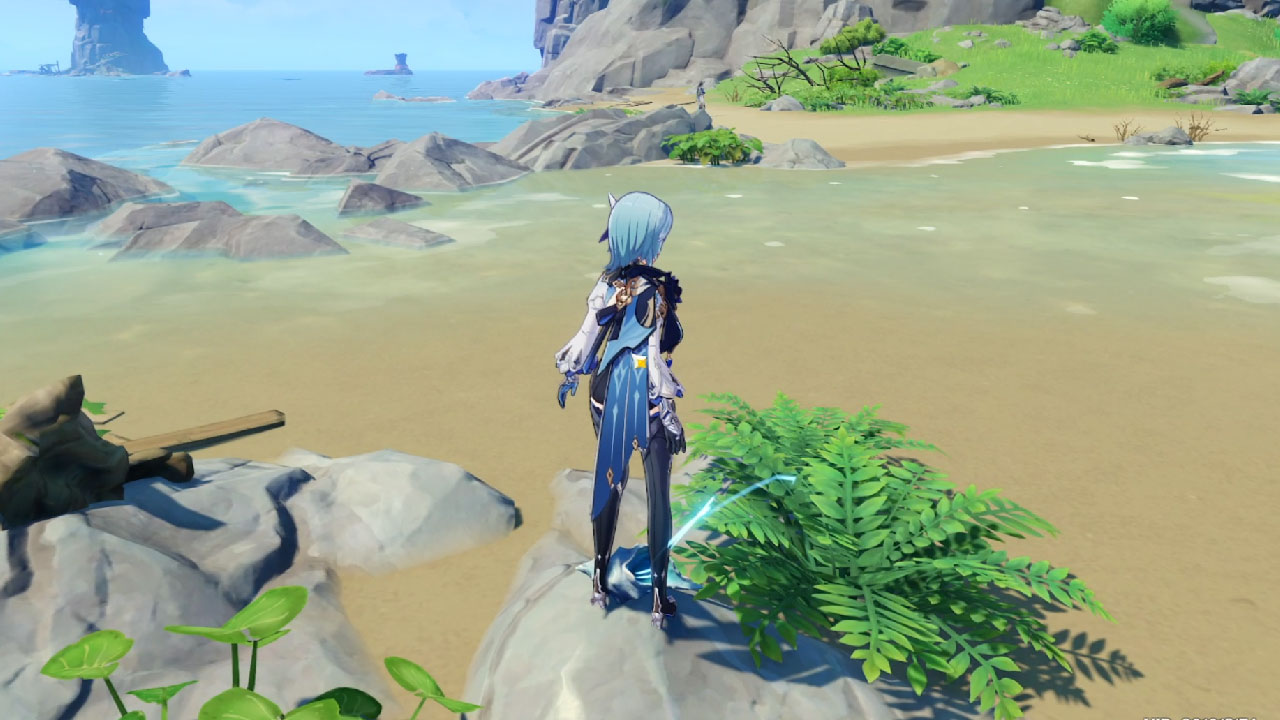 -Follow the northwestern shore area until you see the two shell icons pop up on your minimap. The first one is along the beach; the other is a bit further inland. That’s two for one!

-Follow the same shorline further going northeast to spot a conch on the way.

-Run across the shallow water bits to reach the smaller landmass northeast of Broken Isle. The Phantasmal Conch is next to a Silver Pocketwatch memento.

-Go to the left side of the northern section of the island(s). The conch is near the Waverider waypoint.

-The conch is above the rock formation next to a fast travel point on the island. Scale the cliffside to get it.

-There’s a conch on a tiny circular island east of a larger landmass of Twinning Island. Use a Waverider to get closeby. 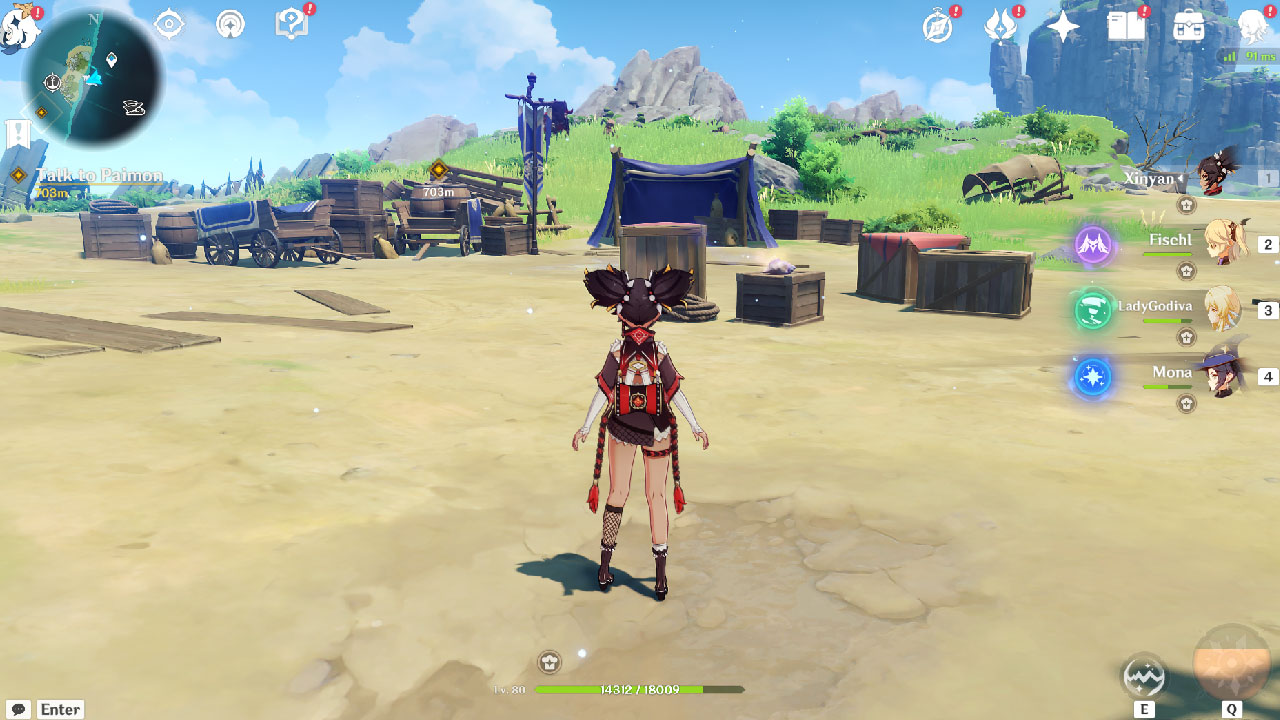 Dragon Quest is basically Dragon Ball in a dungeons and dragons-like fantasy setting with the same artist and character designer; the legendary Akira ...

News
Yu Yu Hakusho Is Getting A Netflix Live-Action Series

Netflix has announced that Yoshihiro Togashi's Yu Yu Hakusho manga is getting a live-action series on Netflix.  Netf...