Sega and Creative Assembly have announced that the Total War Warhammer 3 Champions Of Chaos DLC will launch on 23 August 2022, alongside the Immortal Empires update.

Fit for a champion, this Lords Pack welcomes four new Warriors of Chaos Legendary Lords instead of the usual two, each of whom is aligned with one of the four ruinous Chaos Gods. Embark on campaigns of destruction with new gameplay mechanics, wreak havoc with over fifty new battlefield units, and enjoy free content such as the world-spanning Immortal Empires campaign mode.

The Champions of Chaos have risen through the ranks thanks to their infamous deeds to become the favoured of the four Dark Gods. The first to be revealed is Azazel, Prince of Damnation. The bane of humanity since time immemorial, his constant acts of devotion and debauchery have assured his high standing in the eyes of Slaanesh, the Chaos God of excess and hedonism.

In the ancient arena-city of Zanbaijin, the servants of the Chaos gods have clashed for millennia and the souls of those who fall in battle are sealed within the Altar of Battle. As a Champion of Chaos, you must earn the gaze of your master through bloodshed and ritual before taking the arcane power as your own.

Charging into bloodthirsty combat alongside their Champions is diverse host of battlefield units, including the Warshrine of Chaos which bestows terrible gifts upon those who make the appropriate sacrifice, Chaos Knights who ride as a wall of blades and spiked armor to crash through the enemy ranks in an explosion of torn flesh, and the Chosen, an ironclad group of elite slaughterers who form the inner circle of their lord’s warband. 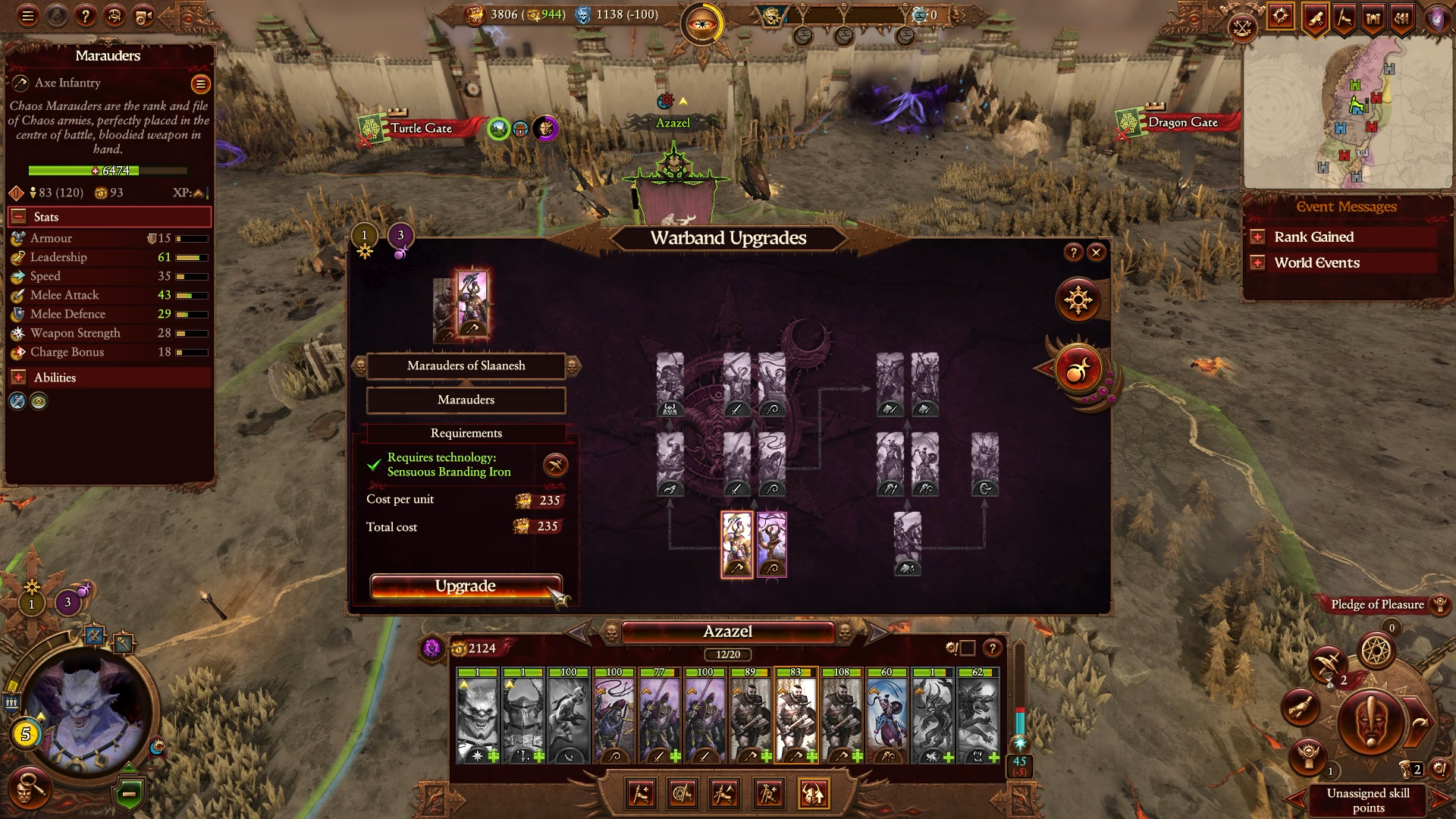 Meanwhile, Total War Warhammer 3 Immortal Empires is a new grand-scale campaign mode, free to owners of all three Total War Warhammer titles. Releasing in beta alongside Champions of Chaos, it combines the landmasses, Legendary Lords, war units and much more from the trilogy into one colossal mode spread across the vast Warhammer world.

This gory effects-pack brings several mature-rated animations to Total War Warhammer 3 such as blood spurts, limb and head dismemberment, blood-drenched UI elements, global campaign events that generate greater carnage in battle, and much more. It will be free to owners of Blood for the Blood God I or II.

In my review of the game, I pointed out that the game ran poorly with stability issues, which brought down the game compared to other recent Total War titles like A Total War Saga Troy.

Event Coverage,News,Tournaments
Legion of Champions Series 2: Bangkok 2018 Kicked off with a bang!

In a surprise announcement at Gamescom 2019, Konami has confirmed that eFootball PES 2020 will officially be coming to mobile platforms sometime this ...

News
A Dark Knight Joins For Honor Later This Month

Ubisoft has officially revealed the first new Hero for For Honor Year 3, which will kick off the new season 'Vortiger'. Black Prior will be the new Da...