Netflix has announced more additions to the cast of their upcoming Avatar The Last Airbender live-action TV series.

The upcoming series is described by showrunner Albert Kim as “a chance to showcase Asian and Indigenous characters as living, breathing people. Not just in a cartoon, but in a world that truly exists, very similar to the one we live in.” 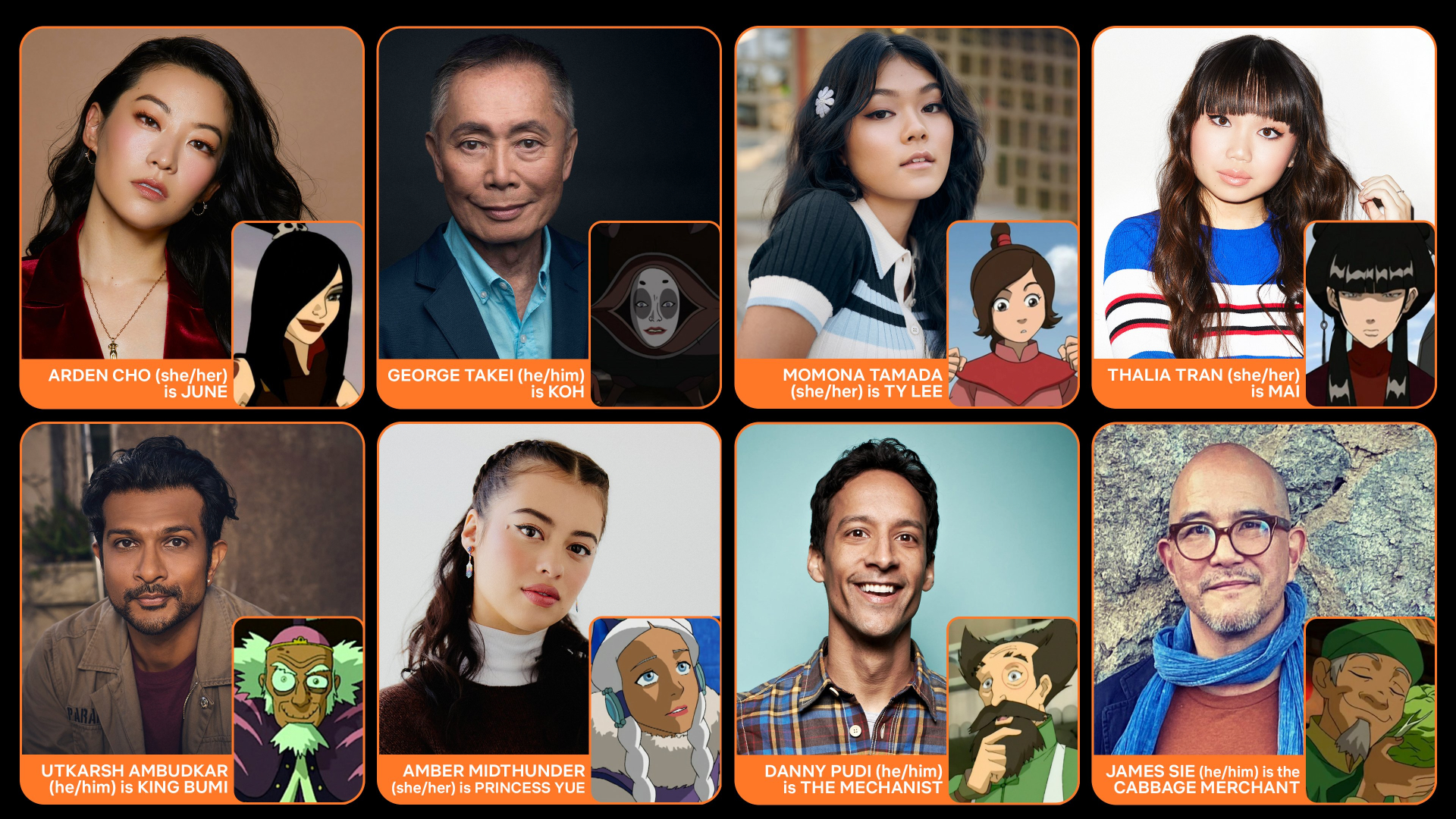 A Martinez (he/him; Cowboy Bebop, Ambulance) as Pakku:
The veteran waterbending master of the Northern Water Tribe and a fierce defender of their traditions.

Irene Bedard (she/her; Pocahontas, The Stand) as Yagoda:
An empathetic healer who serves as a role model for her tribe’s female waterbenders.

Joel Oulette (he/him; Trickster, Ruby and the Well) as Hahn:
A strong and skilled warrior with an unwavering loyalty to his tribe.

Nathaniel Arcand (he/him; Heartland, FBI: Most Wanted) as Chief Arnook:
Father to Princess Yue and the respected leader of their tribe.

Meegwun Fairbrother (he/him; Burden of Truth, Mohawk Girls) as Avatar Kuruk:
A previous Avatar with a haunted past.

Danny Pudi (he/him; Mythic Quest, Corner Office) as the Mechanist:
An eccentric inventor and engineer who’s doing his best to raise his son in a war-torn world.

Lucian-River Chauhan (he/him, Encounter, Heartland) as Teo:
The idealistic and high-flying son of the Mechanist.

Thalia Tran (she/her; Raya and the Last Dragon, Little) as Mai:
An unflappable and deadpan teen who, along with Ty Lee, is one of Princess Azula’s closest allies.

Hiro Kanagawa (he/him; Altered Carbon, The Man in the High Castle) as Fire Lord Sozin:
The ruthless and ambitious previous ruler of the Fire Nation and grandfather of Fire Lord Ozai.

C.S. Lee (he/him; Dexter, Warrior) as Avatar Roku:
A wise and benevolent past Avatar from the Fire Nation.

François Chau (he/him; The Expanse, American Gigolo) as The Great Sage:
The venerated spiritual leader of the Fire Nation and guardian of Avatar Roku’s shrine.

Randall Duk Kim (he/him; Kung Fu Panda, John Wick) as the voice of Wan Shi Tong:
Appears in the form of a giant owl and is also known as the Spirit of Knowledge.

Not content with Outriders, Xbox has snagged PC hit indie RPG game Undertale for its Xbox Game Pass program. Now you can play the game on your Xbox On...

News
Here's How You Can Play The Football Manager 20 Beta

Football Manager 2020 has been announced and it's coming out early November 2019 for PC and Google Stadia which marks the first time that series is la...

News
We Now Know How To Pronounce "Kena" In Kena: Bridge Of Spirits...

During the PlayStation 5 reveal stream, the indie darling Kena: Bridge of Spirits graced us with its charming gameplay and aesthetics. Like as if it's...