AniManGaki passed last weekend and the kind people behind the event allowed me to have a sit down with many of the guests attending, one of which was Emily “Emirichu” Sim, a Korean-American storytime animator who raised to fame on YouTube and now has amassed 3.24 million subscribers. 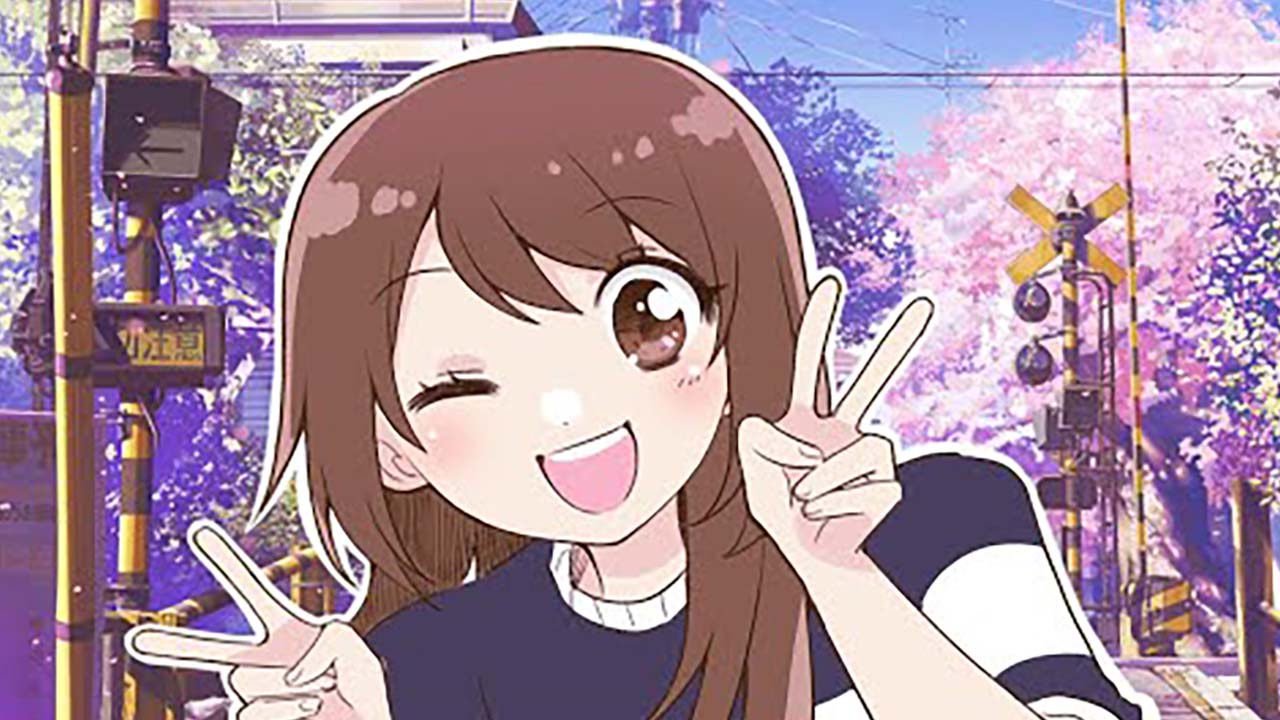 Congratulations on the move to Japan & being signed under GeeXPlus, now that you’ve been there for a while now, how are you settling in?

I’ve been settling pretty well — I think? I still need to get better the language obviously, I’m taking classes every week. That’s the one thing I really want to work on. Other than that I’ve gotten pretty used to how things are, it’s been pleasant and I’ve enjoyed it.

Daidus briefly mentioned on the podcast how the move has helped with his motivation to work, would you say that you feel the same way too?

Well for me, I wasn’t really in a creative rut before the move, I was really excited about the idea of moving because I knew that a new environment would feel really refreshing and it would give me more inspiration and ideas and it definitely has — I got stuff planned! But yeah, I think before I was just doing the same stuff as usual, I think COVID gave me cabin-fever because I was like “Man I’ve been stuck in the same place for a while…” so I needed a changed of pace which meant not California. So being in Japan has been super inspiring and fun.

In the crane game video that you did with Connor (CDawgVA) which prize do you cherish the most?

Ah, I don’t know the name of the character but the long cat plush if you remember. I really like that one, I don’t know it’s just really funny to me, it’s like a super long cat but also the kiwi birds, I still have them sitting on my couch. 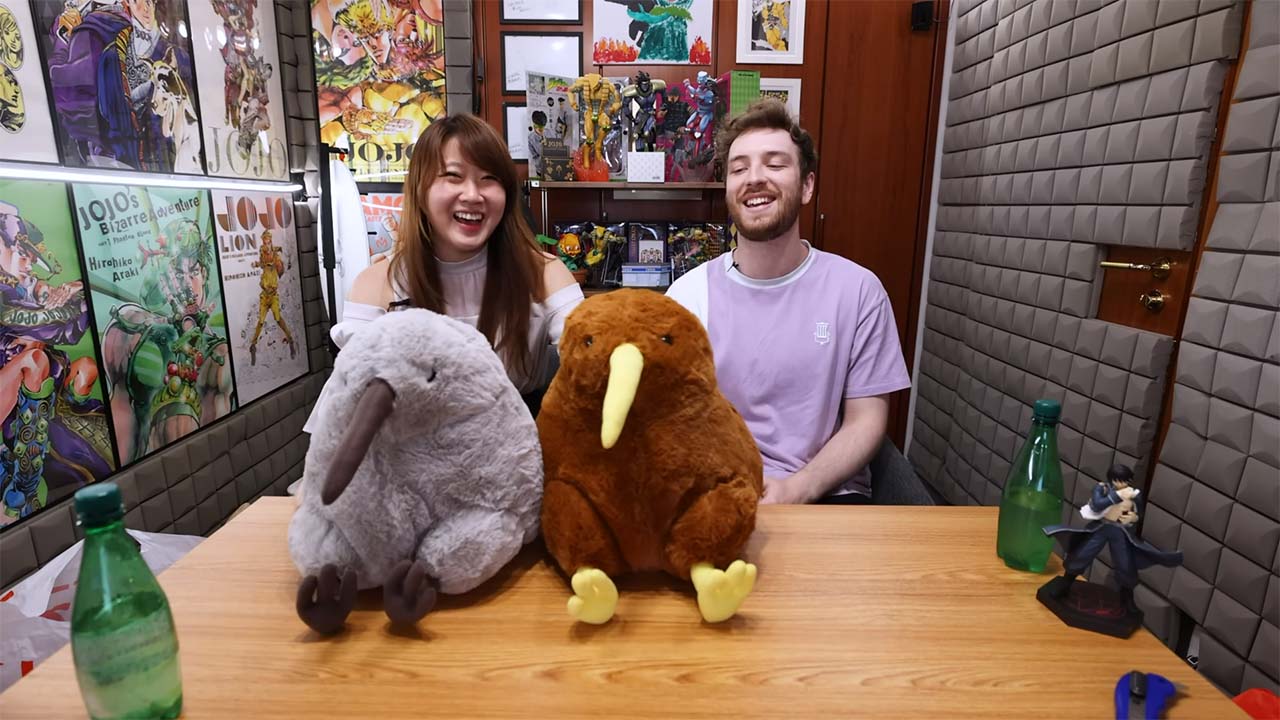 What made you decide to give VTubing & streaming a shot?

So it was a really spontaneous decision back when the VTuber boom just started happening. I was just admiring from afar because I was like “Wow look at all these cute designs coming out, this is so cool” but I’m going to stay in my lane, I’m going to do YouTube.

Streaming has always been something I was curious about but never super gung-ho like “I want to stream!”. So I was just observing. But I thought the concept of getting to stream as a cute 2D character was really cool and then one day one of my favourite artists opened up model commissions and she was like “Hey I got one slot open for a VTuber model, who wants it?” and I was like “ME! Gimme!” Because if I was to have a model drawn by anyone I would want it to have been drawn by her because I admired her art for so long and I remember she was like “Yeah what design did you want? Do you have any references?” and I was like “I literally have no idea since I just decided to do it now”. So I spent like a week trying to figure out a concept.

And then I started streaming just for fun and that’s how it started. I’m trying my best to keep it just as a fun little hobby on the side but yeah it was all an extremely spontaneous decision on my part

Speaking of your VTuber skin, what inspired the theme?

I get asked a lot why I didn’t use your black and white stripe shirt avatar for my VTuber design because that’s the one that people are familiar, but VTuber models are expensive and I was like “I’m not going to pay that much just for them to draw me in a black and white striped sweater and a skirt”. Especially because there are so many amazing and cool designs that I’ve seen with lore. But I also didn’t want to make a whole new character that was disconnected from myself.

I also love strawberries, it’s not super obvious in my YouTube branding but strawberries are one of my favourite motifs. So I went with a strawberry waitress in a strawberry-themed cafe.

Who is your favourite VTuber to watch?

What’s your proudest achievement so far?

I guess the obvious one is being a YouTuber, but that’s too general. If I had to pick a specific moment where I was like “Wow, I’ve made it!” I think it was when I first got the email inviting me to VidCon 2019. I remember I was super excited because it wasn’t something I was expecting. I feel like at that time, getting invited to VidCon felt very prestigious. “Oh you were hand-picked to be featured at this huge YouTuber convention”

Then the pandemic happened and it was postponed to 2021, I was like “Okay that’s fine!” then it got postponed again, and then finally I went to VidCon in July and obviously the internet culture had sort of changed, so now it was more like a TikTok convention and I was like “Oh man I feel really out of place”. I still had a great time, granted I did get COVID so I’m a little salty about that but I think in 2019 when I first got the email I was super excited and now I’ve finally fulfilled that this year.

How long does it usually take to make your animations? Say your “I MOVED TO JAPAN” video.

What would you say is the hardest part of the video-making process?

Honestly, I’d have to say the storyboarding part. Because it takes up so much mental energy, like if I had to pick any part that I dread the most, yeah it’s that part. Because the way I do my videos is I do the script, then I’ll record the audio and then I’ll storyboard the exact illustrations I want to use and then I’ll line them and then I’ll colour if I feel so compelled and then I put it together! The sketch part is definitely the most tedious for me because that’s the part where you really like brainstorming “What am I going to draw here?” and at the same time because it’s a sketch it feels like you’re not actually making any progress on the video because that’s not what it’s actually going to look like. But I definitely feel the most tired during the sketching part, but after that, it’s pretty okay.

For those who may be wondering, it’s been two months since you last uploaded, with your last video being Childhood Crushes 4, is the anything big currently in the works that you can maybe hint at?

I’m currently working on a video where I go to 12 different anime-themed cafes — themed cafes have become like my new obsession lately — but yeah I got to 12 of them and then I rank/rate them and just talk about my experience and whether or not they’re worth it.

Have you ever thought about venturing outside of storytime animation, maybe like doing your own comic?

One of my dreams as a kid was obviously to make a manga. I feel like every little weeb artist has that dream. I still want to make a manga but also now I know it is a ton of work and it takes up a ton of time so it’s still on my bucket list. I just don’t know when I’ll be able to start it.

I would like to explore more of the artistic world, I know YouTube’s not forever and people always ask “If YouTube was to blow up tomorrow what would you do?” and I’m like “I have no idea”. I’m sort of winging it and figuring it out as I go along

You mentioned before how you’ve dealt with an identity crisis when it comes to your ethnicity and nationality, does it still affect you & how do you deal with it?

It’s funny you asked that, I actually feel like moving to Japan and having to learn a new language has sort of helped with my relationship with Koreans specifically. I found that being bad at one language just feels bad, but then being bad at two, I’m like “Well I’m learning two languages!”. I made this realisation when I visited my parents in Korea for the first time in a while [post me moving to Japan] and for the first time ever I actually didn’t feel super out of place and I didn’t hate being there and I think it’s because I’m already in a situation where I’m a total fish-out-of-water [in Japan]. Like, I don’t know the language, I’m starting from scratch. I realised I had a pretty strong foundation with my Korean knowledge.

I remember I was getting my hair done by this college-age girl and she was like “Hey is it okay if I talk to you in Korean?” and I said “Oh my Korean is super bad but yeah go ahead”. And she said “The fact that you’re able to understand and respond to me, that’s pretty good” and that’s the first time I ever received positive validation from a native-Korean stranger. That really changed my perspective.

I find learning Japanese really fun and I realised if learning a whole new language is so fun for me then why shouldn’t it be fun for me to learn another language that I already have a foundation of knowledge in. If anything this should be even more fun for me. So in a funny way, being a total foreigner in another country that I’m living in has helped repair my identity crisis where I’m not as hard on myself if I don’t know how to say something.

It’s more like “Well I can learn!” because I’m learning Japanese, I can do the same for Korean.

This feature is still in development since the event isn't over yet at this time of posting.Â  Animangaki 2018 is still ongoing, but we can't help ...

2020 went by in a flash. The entertainment industry was heavily affected by the ongoing COVID-19 pandemic. Lots of content were cancelled or delayed,...

Reviews
The Addams Family Is A Terrifyingly Fun Tale Of Acceptance

There are so many iterations of The Addams Family that has appeared on both TV and the silver screen that it's really hard for me to judge the new CGI...