Call of Duty: Modern Warfare II Is The Captain Price of CoD Games

This year’s Call of Duty entry feels a lot like its signature character Captain Price.

A direct sequel to the 2019 Modern Warfare ‘reboot’, Modern Warfare II felt familiar yet it is edgier, grittier, and grizzlier. Like “Bravo Six” Price, MWII gets straight to the point. There’s no pomp and pageantry in this one. They get right into the action save for the occasional cigar.

I declared the 2019 Modern Warfare campaign as being one of if not the best CoD campaigns in recent memory. It felt visceral and raw while ensuring it remained fun to play. It managed to remain grounded, yet, at the same time, implement elements of fun into it. It successfully makes players feel that they are the showpiece of the action as well as the side character to a much larger conflict simultaneously.

Modern Warfare II replicates that formula, and delivered a bit more if I’m being honest.

Picking up literally three years from where the 2019 game left off, the same time skip has also passed in-game, with Task Force 141 now running ops around the globe to thwart terrorists. Toss in several missions gone wrong and WMDs falling into the hands of the opposite side, and we have a global catastrophe at hand. Without spoiling too much, the gang is back to kick ass before eventually coming head-to-head with the real baddie behind all of this.

CoD has always prided itself on its wide variety of missions and this year’s game is no different. The guns felt very familiar, especially to those who have spent the bulk of these past couple of years on Modern Warfare 2019 and Warzone. Jumping into Modern Warfare II is going to feel like walking into your favourite restaurant, in your favourite city with your favourite pals.

The standard “run and gun” and “holding down a point” levels are all still here, but presented in a much more elaborate and realistic setting. Developers Infinity Ward returns to the helm and attempts to break the monotony usually associated with CoD missions, dropping in some solid gems this time around. In one mission you will have to navigate Ghost through a Metal Gear Solid-ish stealth mission, while in another, only equipped with limited weapons and gear, survive through the street filled with enemies.

They even recreated the iconic “All Ghillied Up” mission, albeit with welcome twists & updates, which would bring a smile to all CoD veterans out there. Some level designs worked better than the rest with the Uncharted-eque chase sequences being the weakest of the lot, but overall they’re all solid experiences. 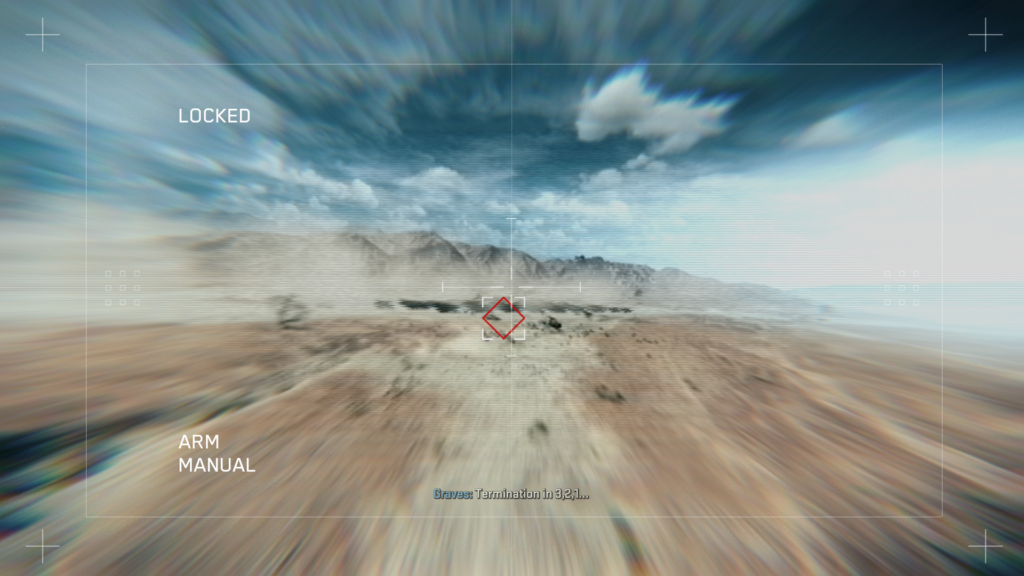 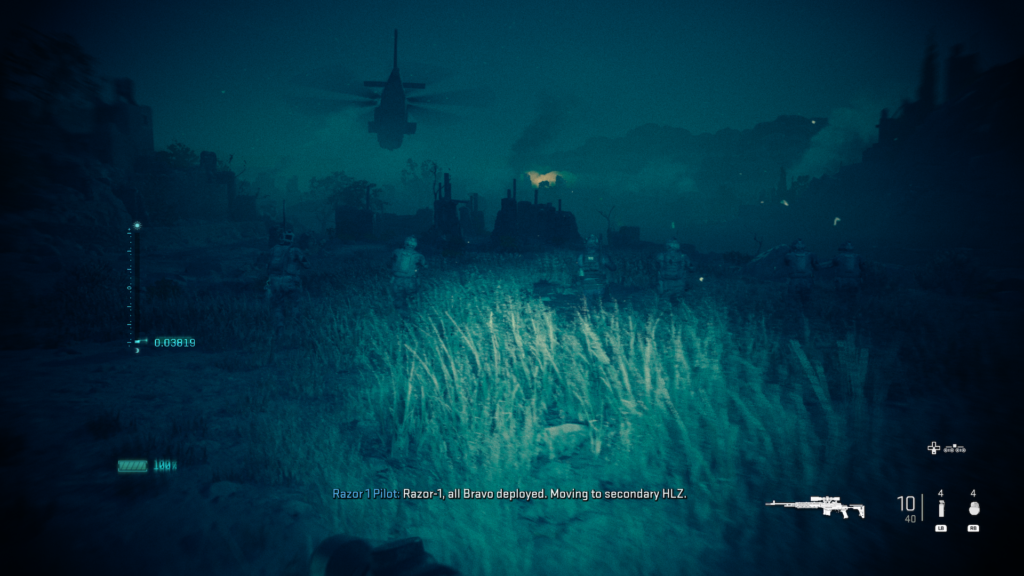 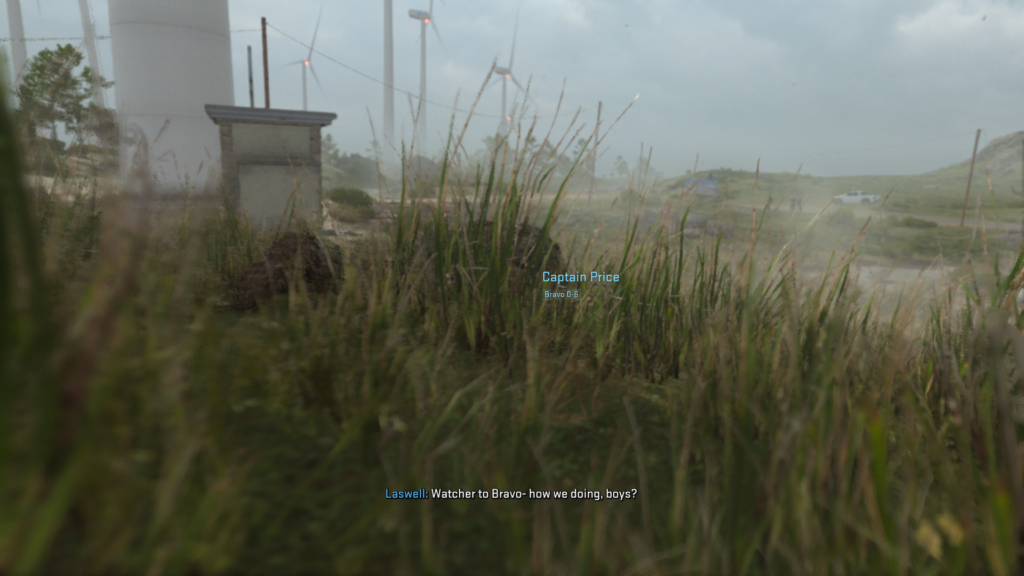 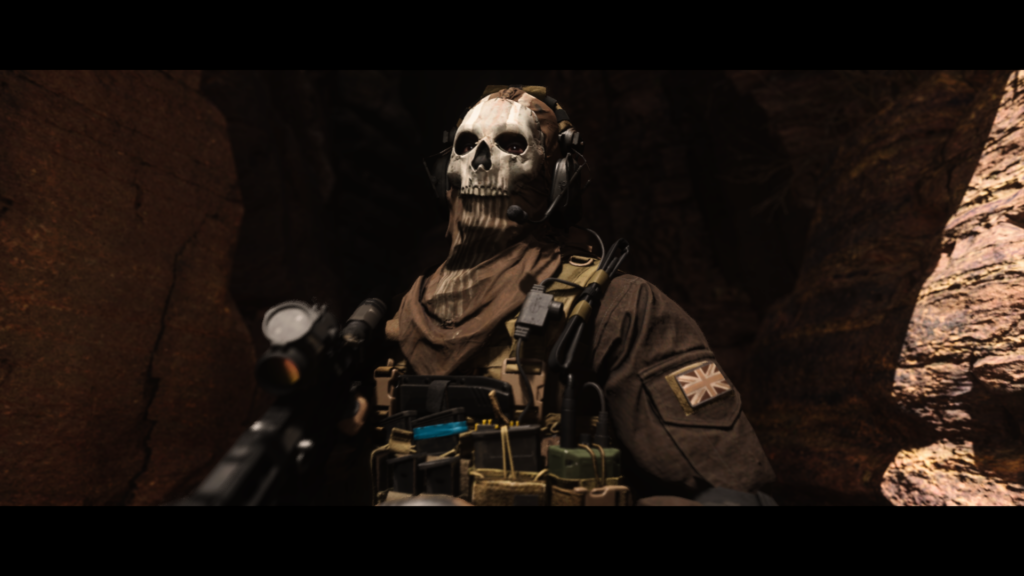 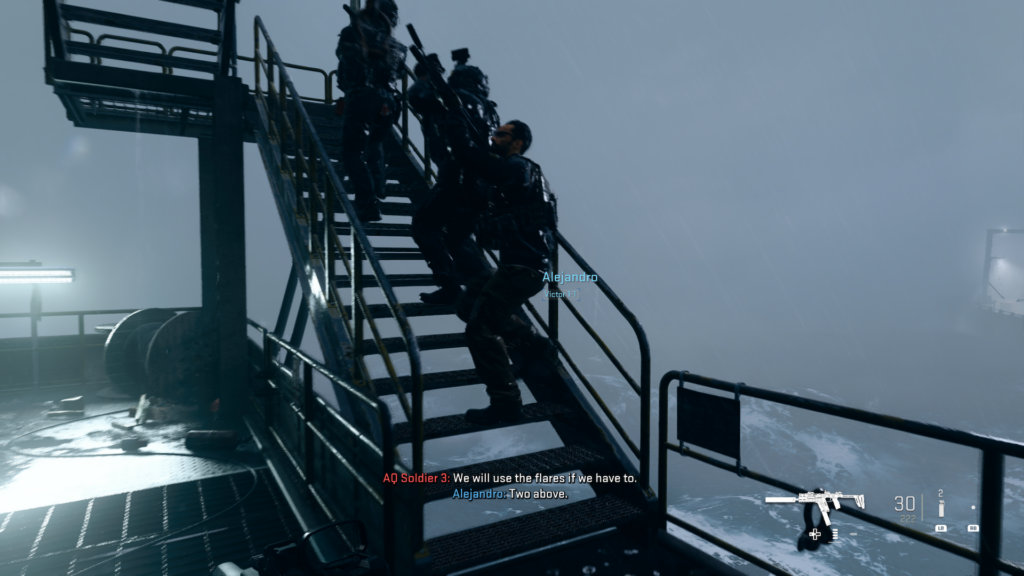 And let’s not leave out this game’s equivalent to the classic “Press F to Pay Respects” meme. In one mission, you pursue the antagonist through a neighbourhood. When facing the panicked civilians whose house you just broke into, you are prompted on screen to hold down the Left Trigger (for Xbox players) to ‘deescalate’. It’s pretty funny and awkward at the same time in retrospect. The problem is that holding down LT means you’re aiming down the sights square at their foreheads. Perhaps this is how law enforcers do their jobs in North America?

The fact that the campaign was made available a week before the game’s actual release for those who pre-ordered it also allows players ample time to finish the campaign portion at their leisure whilst being rewarded with in-game items for use in multiplayer modes. These include calling cards, operators and weapons.

As usual and as expected, there are tons of weapons each with variations peppered throughout the game for you to pick up. Oddly enough, some of these weapons carry “alternative” names to the real-life weapons they represent. This is possibly due to licensing issues but it did reduce the level of immersion slightly. For example, the “Lachman sub” and “Kastov 74u” doesn’t feel as immersive compared to using “Heckler & Koch MP5” and the “AK-74u”.

We were half hoping that we would be given the option to actually customize the weapon prior to each mission but perhaps that would be asking for too much. Or is it?

In a way, the campaign mode is basically a long-arse tutorial to equip players with various shooting scenarios they will eventually find themselves in when hopping into multiplayer. We recommend at least playing it on Regular for that equal balance of fun and resistance from the A.I. On Hardened difficulty, it took us about seven hours to complete the campaign. You can switch the difficulty settings freely if you are stuck at a particularly difficult level; assuming you are playing it strictly in Regular mode, the entire campaign is totally doable in under five hours.

All in all, it’s a fun time to be had for fans looking for a decent follow-up to the Modern Warfare reboot a few years back, with great follow-up missions and not that many duds.

This is an ongoing review of Call of Duty: Modern Warfare II before the gates for the multiplayer modes are opened soon. Once it is up, you bet we will be on it, sharing our views of it, and of course, updating this review page & score.

Reviews
Total War Warhammer 3 Is A Song Of Chaos & Blood

Platform(s): PC (Steam and Epic Games Store) Genre: Real-Time Strategy Fantasy And War I have hundreds or possibly thousands of hours across many ...