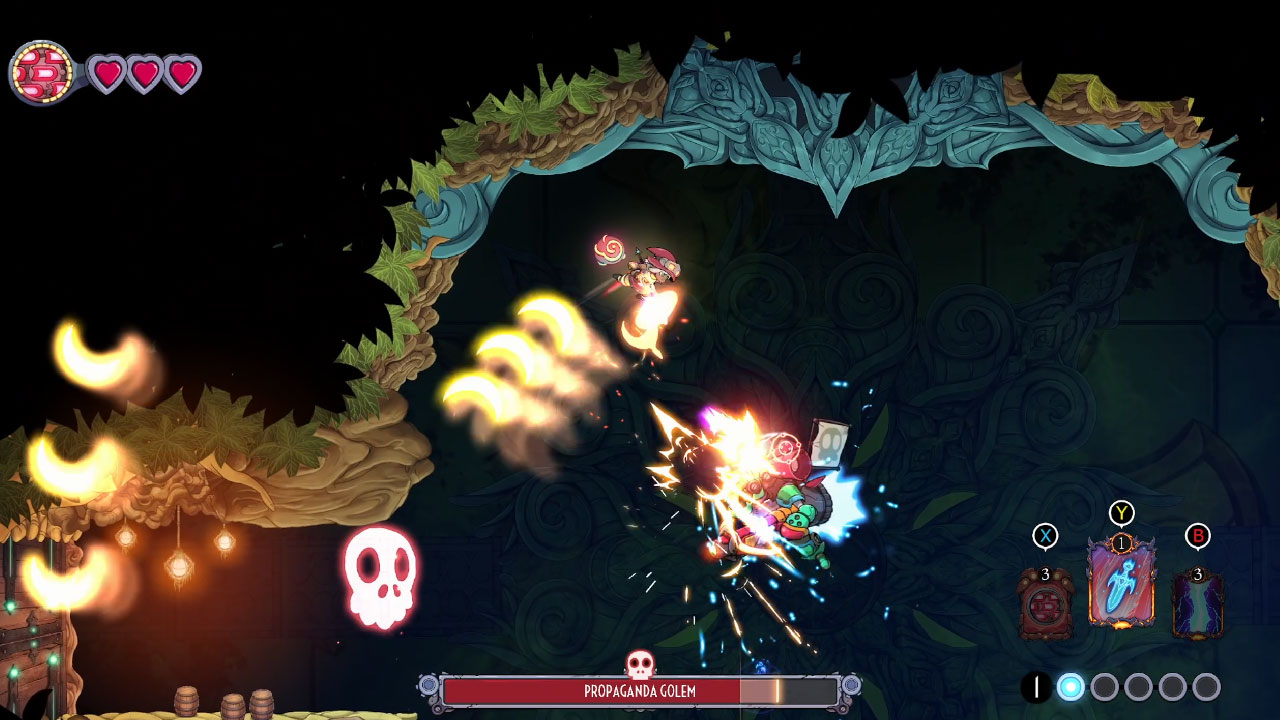 The Knight Witch is about a Knight Witch-in-training named Rayne who has to help quell a golem uprising in the underground world of Dungeonidas. There’s a lot going on with the game’s world and politics that’s beyond surface level, with the Knight Witch group that’s not what they seem and the ever-growing technology that’s improving the underground society, along with a rival faction trying to throw a monkey wrench in the works. It’s pretty engrossing for what seems to be a simple story about a witch protecting her world, with even a story choice you have to make to get to one of its multiple endings.

Rayne’s onboarding job gets really tough after the initial first stage with the mandatory tutorial on flying controls, bullet-firing, and spell cards-switching; more on the latter later. Unless you scour the whole area and hubs for permanent health/mana upgrades, you’ll have to deal with the fact that you can only take 3 hits by default. You’ll go through literal projectile-a-rama once you’re in the water level and onward. The Knight Witch is sure as hell expecting you to evade and dodge; when you get the special quick evade power-up, that’s when the bullet hell ramps up further.

I Put A Spell On You 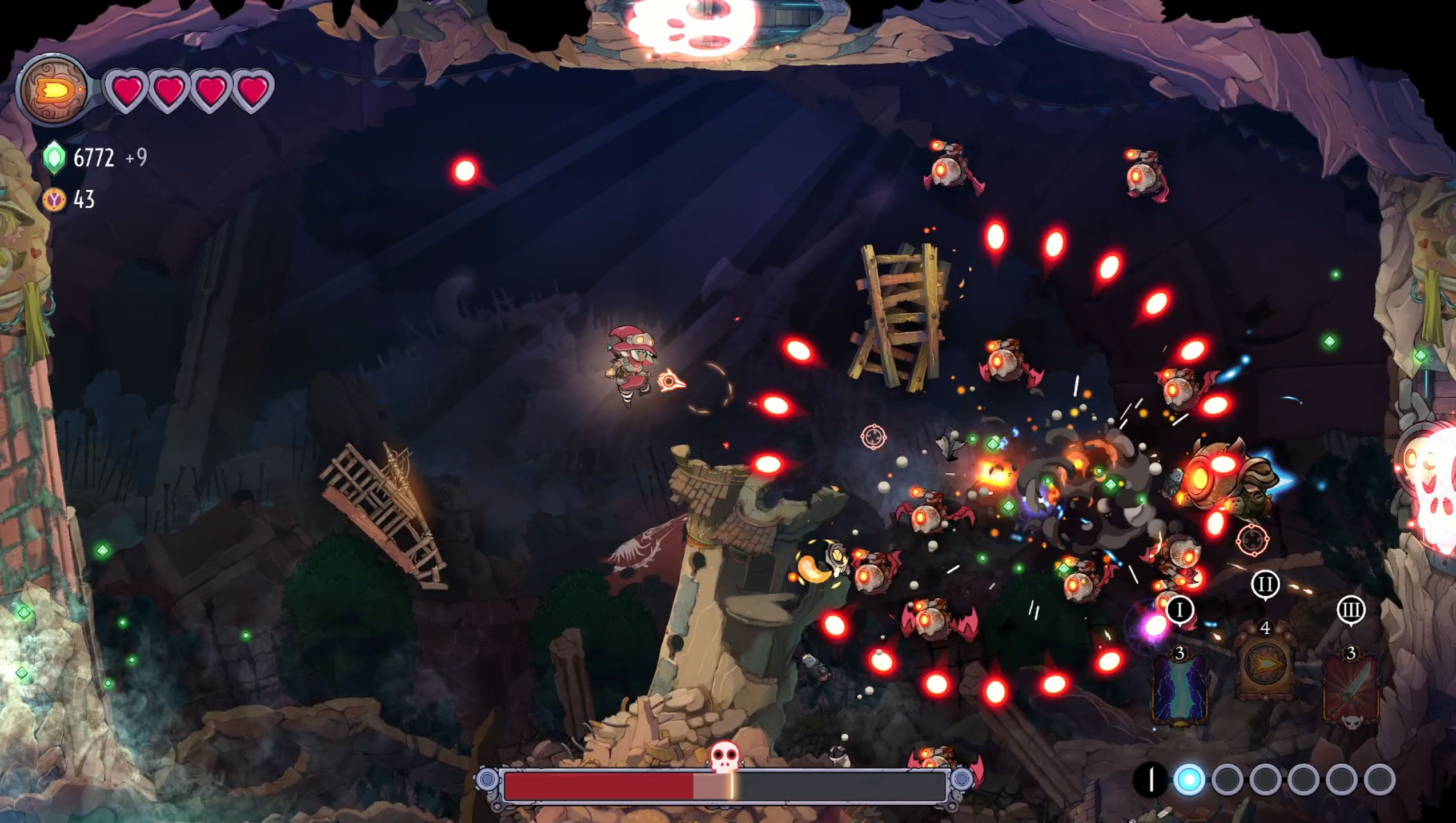 Fortunately you aren’t defenseless. Rayne can not only shoot out her default pea shooter -either by aiming with the right analog stick or using an auto-targeting mechanic called Instinct Shot- but she also has access to Spell Cards. These are the Knight Witches special powers; three cards show up on the bottom right, and you activate them via the corresponding button input. These powers include, and not limited to, summoning an extra beast or turret to help you on-screen, powering up your shots temporarily with either rapid fire or spreadshots, bringing up a shield to absorb damage, and unleashing a circular arc sword swing that also clears bullets. Once a card is used, the powerup is activated, and another card takes its place. You can activate as many cards as you want as long as you have the mana to spend; cards do not get discarded and are instead reshuffled in your infinite deck.

While powerful and useful, the three cards you start off with are randomized. The random card system can be a blessing and a curse; half the time you need to rely on your default pea shooter while you’re using up mana to get that one specific powerup. At the very least, you can make copies of cards (except Memento boss cards; those are rare and cannot be duplicated) so that they appear frequently from your deck. So if you rather have more machine gun or handgun powerups, just duplicate them with the game’s currency (shards).

Rayne will also not be deprived of mana at any point in the game. By default, Rayne has a 10% chance to generate extra mana when firing at enemies, which you can increase as you level her up via Links. Keep shooting enemies, and mana will keep on flowing. To gather more Link, you’ll have to rescue people in the few worlds you visit as well as help them with simple quests to establish Links. Heck, you may need to host a press conference or two to gain the most Links.

Point is, the overall 2D shooter experience in The Knight Witch is fun, if a bit unforgiving at times if you don’t do your search action exploration homework. It gets really fun when you’re dealing with the game’s many Ambush spots -arena shooter moments- where you have to kill all the spawning enemies while not dying. However, I did bite the literal bullet a heckaton of times just to memorize certain bullet spreads, patterns, and firing sequences from both regular enemies and bosses alike. My personal favourite fights involve another Knight Witch in a number of riveting boss bouts, where each attack sequence they unleash is random. You have to commit to the boss’ bullet hell patterns to heart to avoid getting hit. Having said that, the final boss of the game is a nightmare to deal with just because it has an ungodly amount of phases and can outlast you with its bullet hell patterns and homing attacks. Unfair stuff, really, which does warrant the use of the in-game cheat system if your shmup skills aren’t godlike.

As a bonus, you will get special medallions if you go through boss fights and ambushes unscathed, or even with the fastest times possible. These medallions can be traded for special bonuses that will help you in the endgame. However, there hasn’t been a method to replay certain fights and boss battles to earn these medals again; it seems as though you need to start a new game and replay those segments, which is a bother if you’re revisiting these bouts for completionist’s sake. 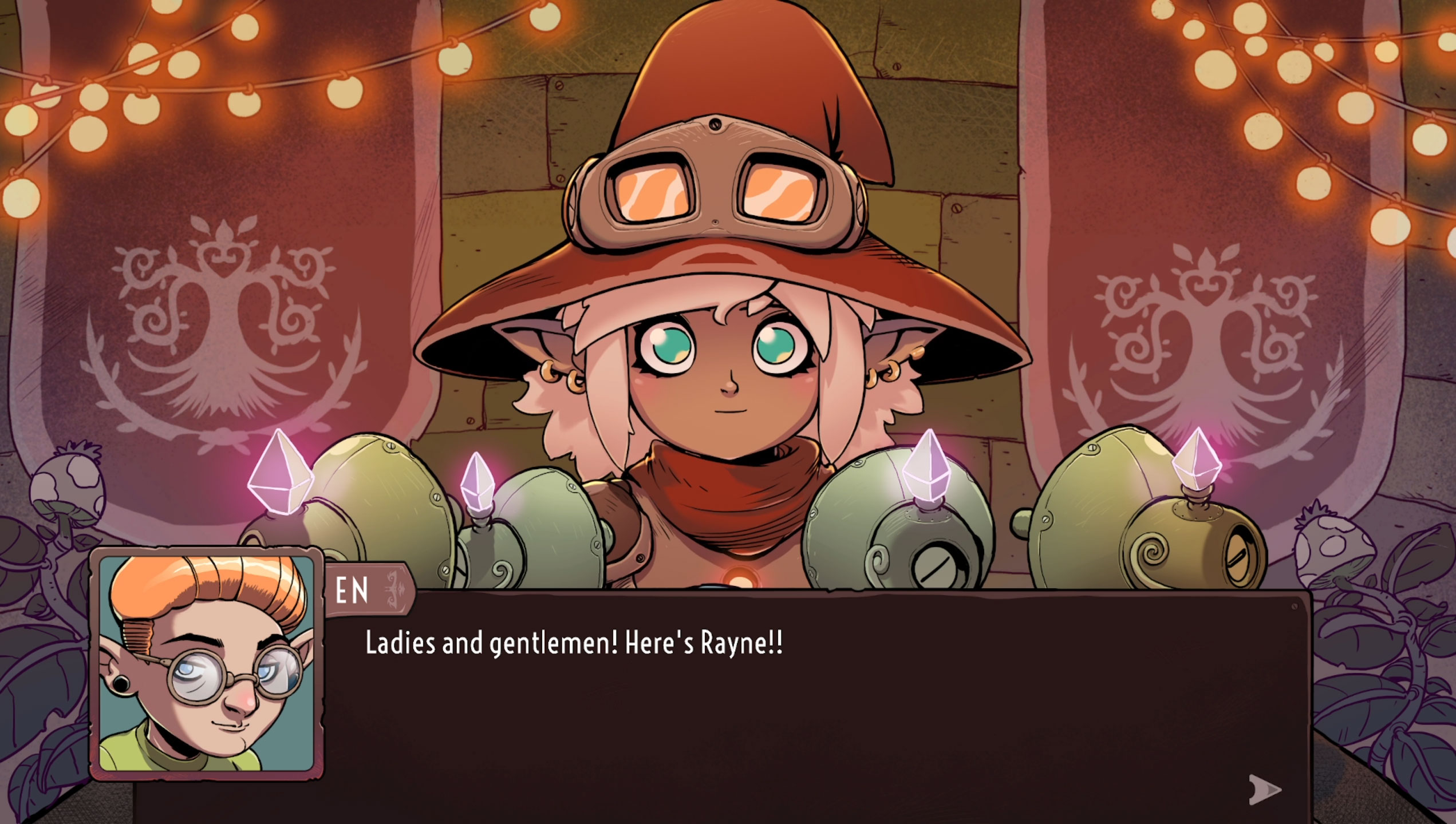 The Knight Witch can join the ranks of indie Soulslike & search action titles as one of this year’s more challenging offerings.

You’ll die countless times getting the hang of the game’s bullet hell patterns, but at the same time find joy and satisfaction in defeating the opposition with your correct choice of Spell Cards and playstyle.

If the developers can iron out its difficulty curve and some of its technical kinks like the load times when starting the game and also some weird controller bugs, then we may have another dark horse of 2022’s indie offerings to go alongside Souldiers.

Review code provided by Team 17. Also, the console versions of the game have been delayed to 2nd December due to a recent technical issue.